Approx. 22cm x 20cm. I picked this up yesterday, it just caught my eye. It's stunning and I say cautiously, porcelain with Celandon glaze? I've taken a close up if it helps. It's impressed on the base with J. Gabry Cannes. There's what looks like 10 and a shaped impression. I don't know the maker but I've done a bit of research and I think it may be Jules Gabry.
I found this paragraph:
"Newcomb College had moved to expanded quarters back in 1891 and the art department moved with it. In the boiler room of the new building they installed kilns and wheels for the making of pottery. The first professional potter hired was a Frenchman named Jules Gabry who had worked in Cannes and later traveled to Brazil. He was already elderly when he came to New Orleans and did not stay long at Newcomb."

Taken from this webpage about George Ohr :
http://www.abbeville.com/excerpts.asp?ISBN=0896599272

Also a short paragraph about him with his Newcombe mark:
https://books.google.co.uk/books?id=lk6SBp6HFZYC&pg=PA145&lpg=PA145&dq=jules+gabry+france&source=bl&ots=K7G_4osCzf&sig=Oqj4VX5piolJZc81BJRpQCiqRIg&hl=en&sa=X&ved=0ahUKEwjpmNSRms3PAh

I can't find any other ceramics done by Gabry online before Newcombe. I would really appreciate some help if I'm on the right track? 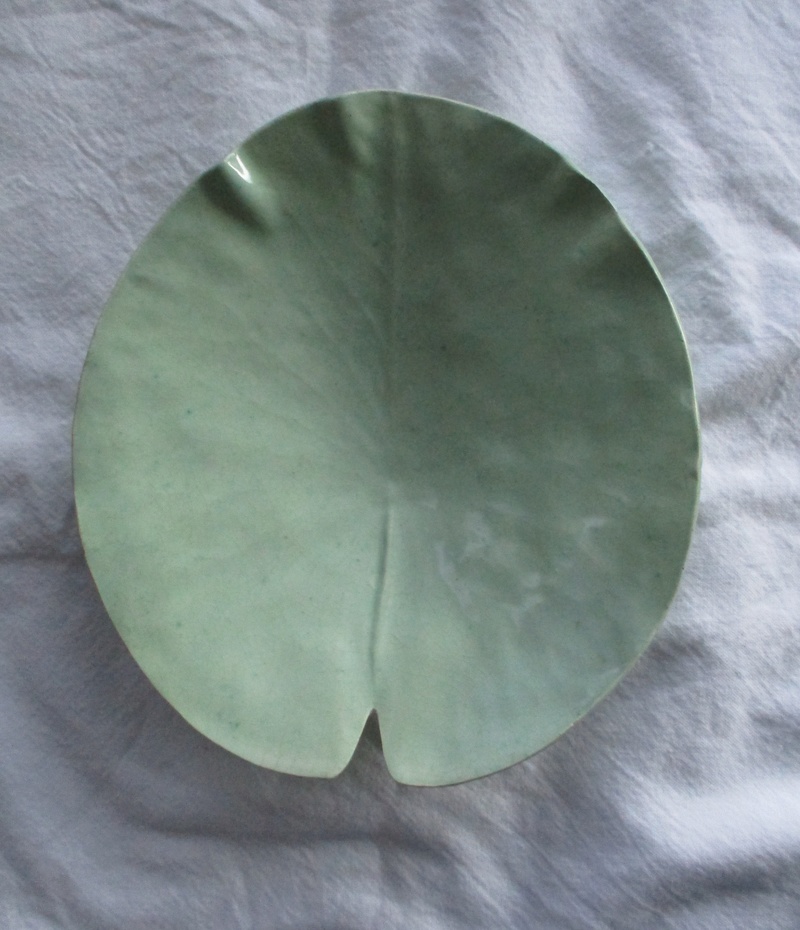 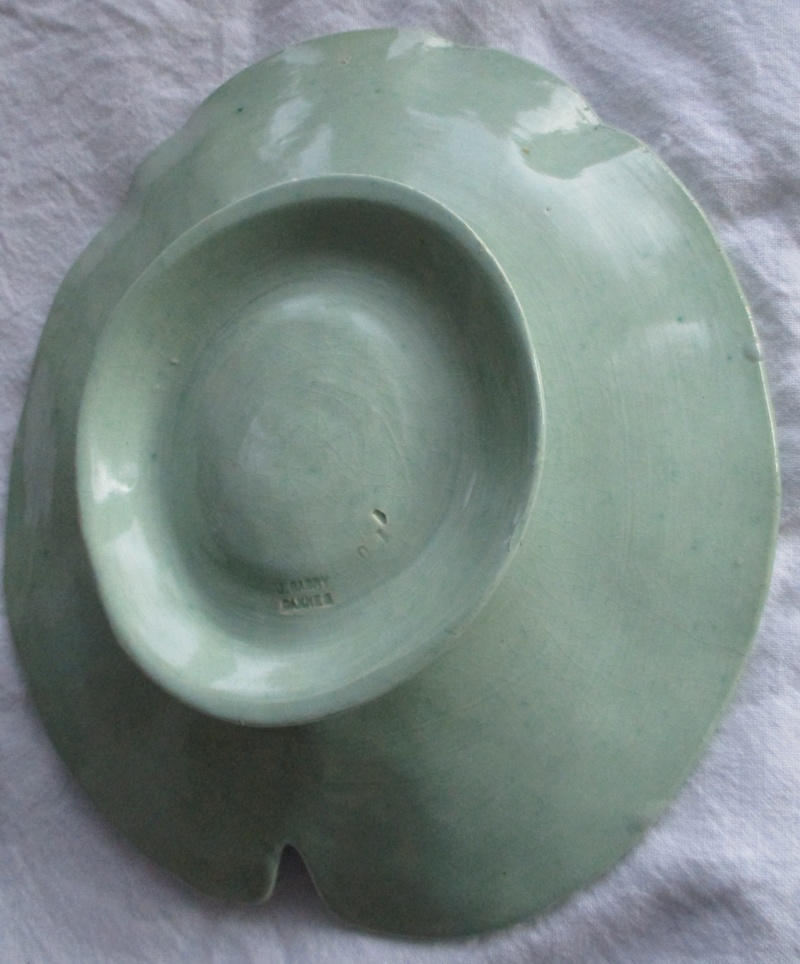 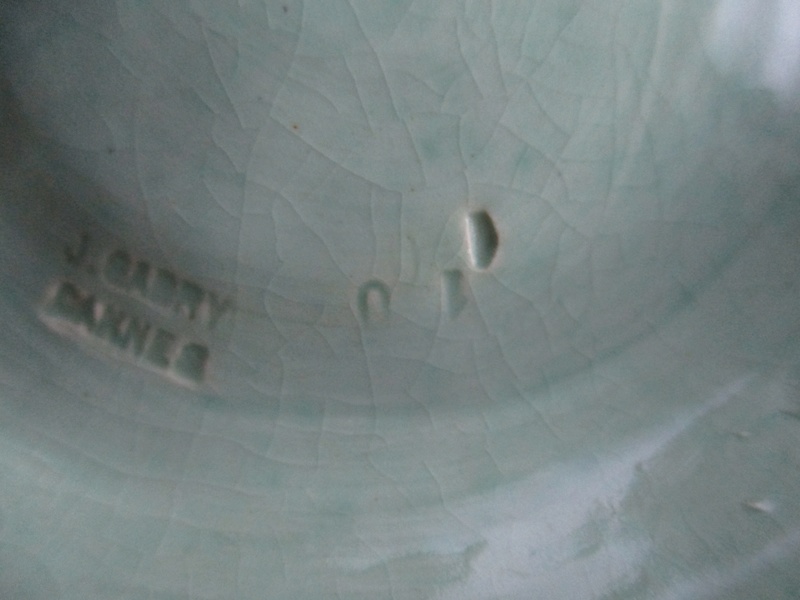 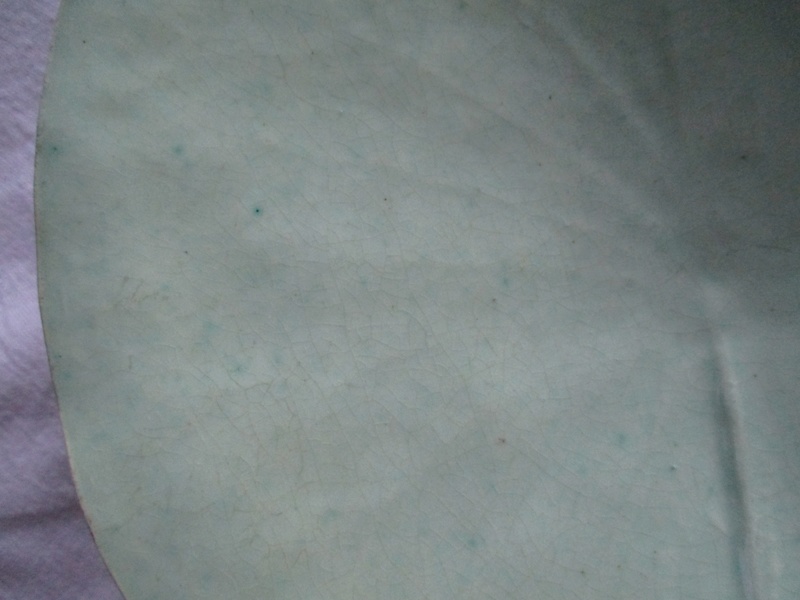 I've found an advert from 1880, where Gabry was offering lessons in pottery painting:

When Jules Gabry arrived in New Orleans in December 1892 (recorded as "Gabrey") he is described as "painter and potter". The ship he was on had sailed from Havana, so  presumably he was on his way from Brazil.
https://familysearch.org/ark:/61903/1:1:QKNP-5R6D

I've seen various dates of birth recorded, ranging from 1829 to 1840. It all ended very badly, as he drowned himself at Biloxi (George Ohr's hometown) in August 1897.

I also found this:
Different inscriptions occur on different kinds of objects. A redware pie plate from New-York, 1801, has a slip trailed decoration that states “Why will you die?”, a rather puzzling and disturbing question to ask on such a dish! Similarly, the great potter George Ohr often added inscriptions on his work. When his friend, the potter Jules Gabry died, Ohr was very shaken and he recorded the sad event several times on different pots: “Jules Gabry, born in France, 1829, suicide in Biloxi’s water, August 18, 1897, 68 years, poverty cause.”

You may well have already seen the paragraph, but it's another puzzle piece.

Thank you so much for all the information, I really find it fascinating.
He was a professional potter, seems to have fallen into bad times and traveled to a new start at Newcombe. From what I've seen of the forms he made in his short time there (and to achieve Newcombe's high standards) he must have been good...I was wondering have you seen any other ceramics from his time in France?

Apart from one listing in an unpriced, unillustrated dealer's inventory, nothing. Before he set up in Cannes, he may well have worked in a family business; there was an Antoine Gabry decorating faience in the Oise region at the beginning of the nineteenth century, and a Jacques Gabry who had a  faience factory at Liancourt into the 1840s.
https://uk.pinterest.com/pin/529243393694985700/
http://www.photo.rmn.fr/C.aspx?VP3=SearchResult&VBID=2CO5PCDK3GVLE

Thank you for searching.