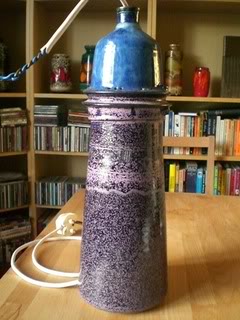 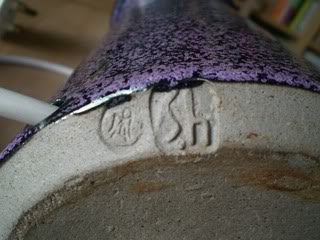 Hi the mark doesn't look like the Jonathon Hancock one in my book, the 'h' should be a 'H', still it could be wrong.

The mark is partly glazed over, but I think I can make out an "A" in there. 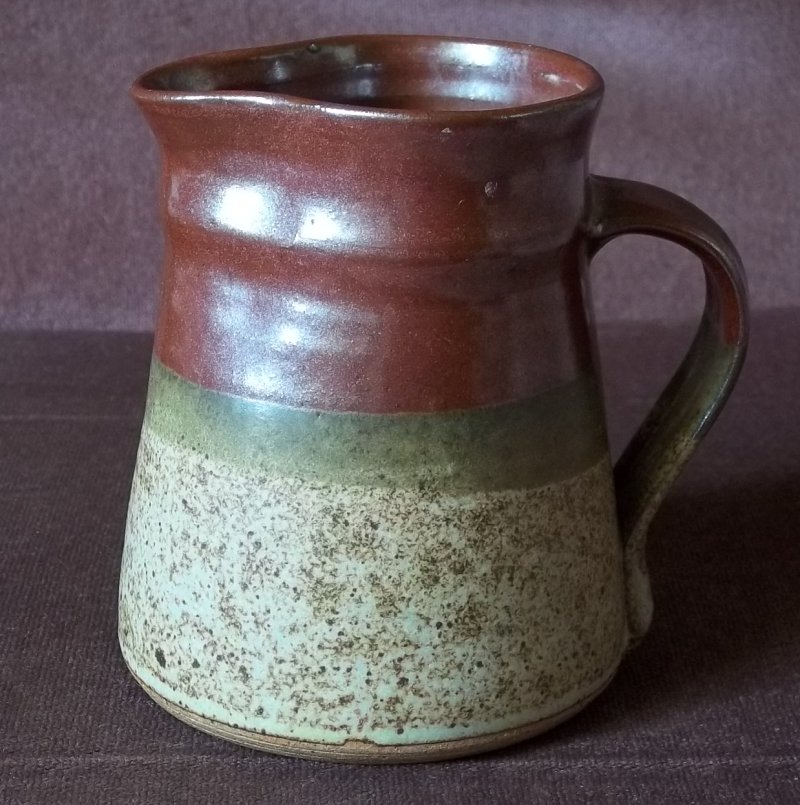 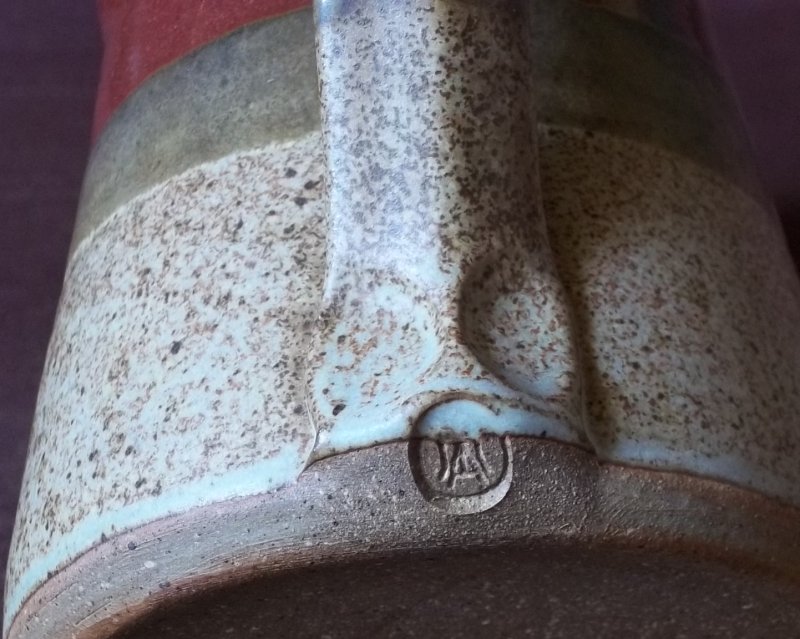 Believed to be by Steve Harland and is often found with an Sh mark. Harland took over at Polperro Pottery after the death of Frank Robinson in the 70s. Sometimes his Sh mark is found with P for Polperro, but whether he continued in the same premises or somewhere else is unknown.
This mark seems to be a combination of MAP
_________________
Just my personal opinion, take it or leave it.

The mark is for Atlow Mill Pottery in Derbyshire

Thanks Naomi, not one I'd come across before even though local.

i think PMA is the mark in this nice bell bottom bottle vinegrette... 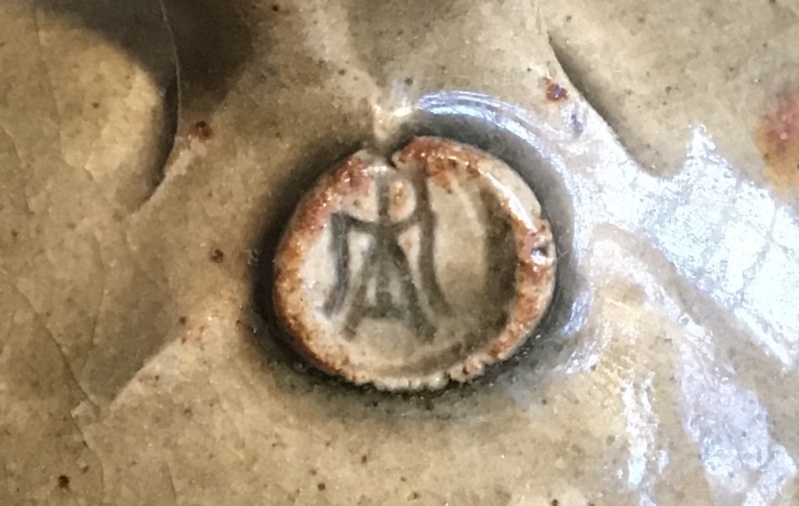 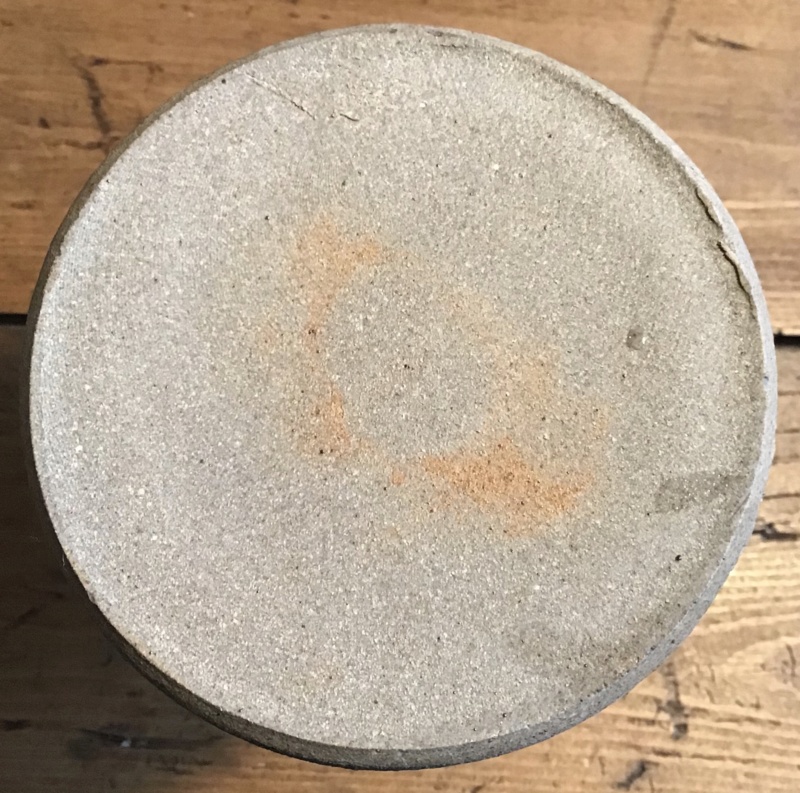 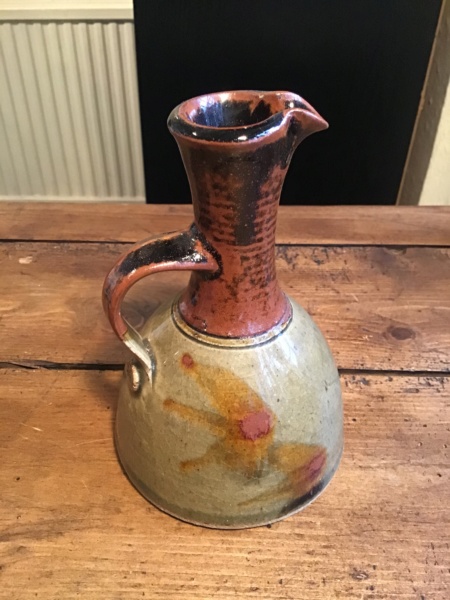 Thanks for any ideas...

Atlow Mill Pottery Derbyshire - thanks denbydump for the info :)