Does anyone have any information on Studio Potter Tony Eaton (Three Kings Studio, Chester). Just picked up this lovely 10.5" tin-glazed dish made in 1979 to commemorate 1900 years of Chester's recorded history. Haven't been able to find anything on the internet about him. 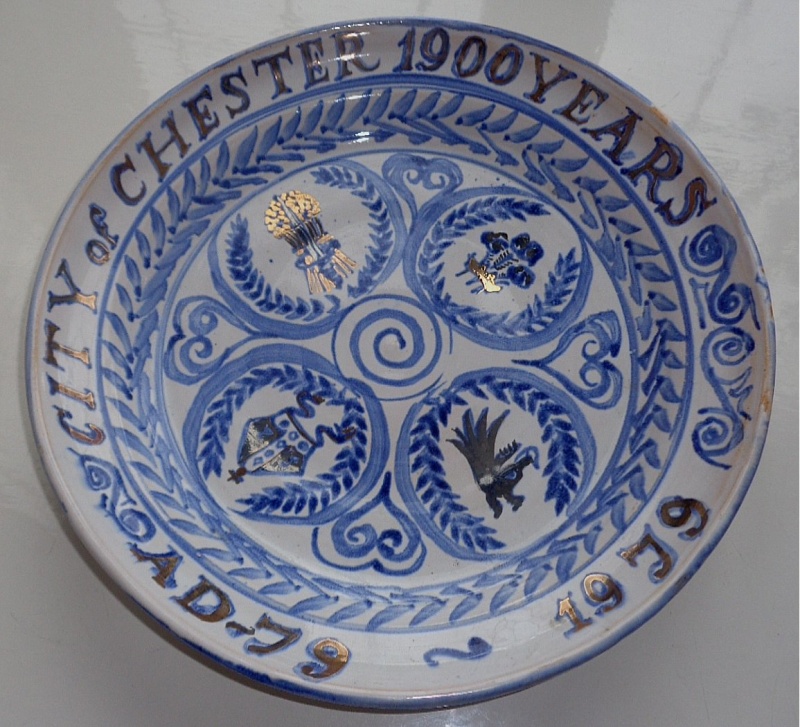 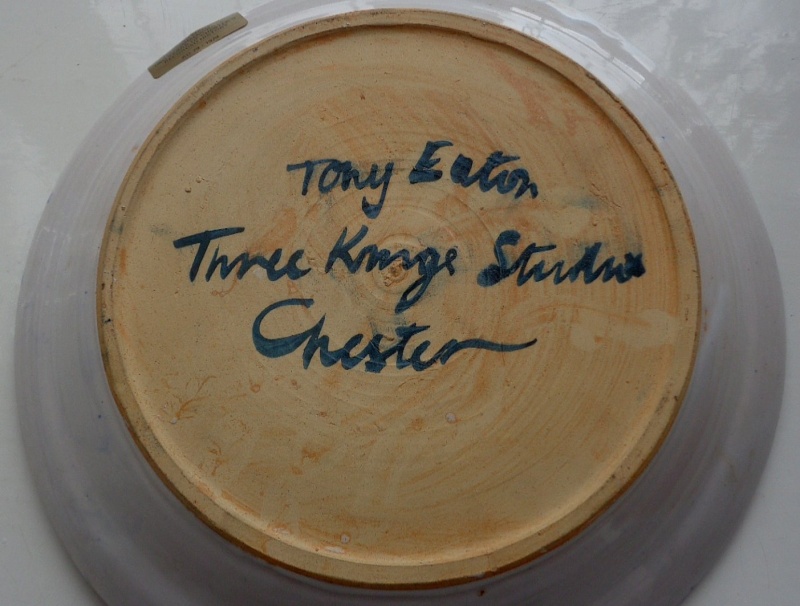 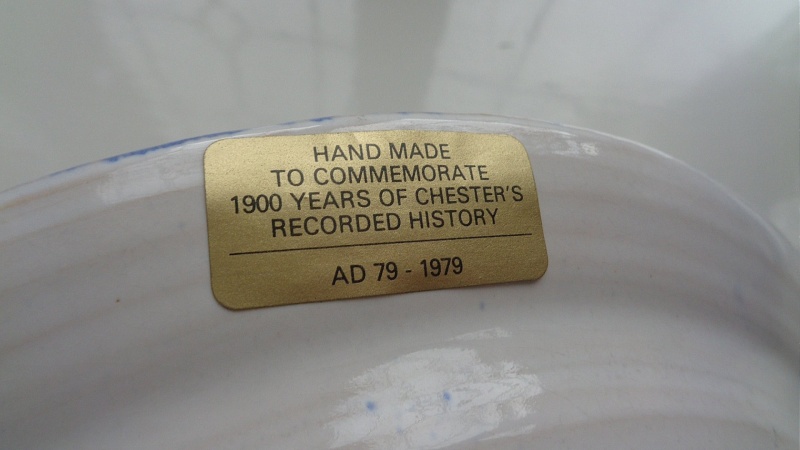 Hi NaomiM, no may be the Three Kings Studio wasn't in existence for very long.

Hi.  This is my Dad.  We moved to North Wales from Kent in 1974, a couple of years later he started to produce pottery in the garage which was sold at craft fairs at weekends.  In the late 1970's they bought a derelict building at 90-92 Lower Bridge Street Chester, which was restored partly by the family and also by builders Dutton & Peters.  Here they opened a shop, Three Kings Studios, selling crafts from people throughout the North West on a sale or return commission basis.  Dad had a studio in the back of the shop and mum ran the shop, with help from a friend and dad.  They sold the business and premises around 1983/4.