Tobo is the studio name for the ceramics made by husband and wife team Eric Triller (1898-1972) and Ingrid Triller (1905-1982).  They met while training in Germany in 1929-32, including under the Bauhaus ceramics expert Otto Lindig.

They moved to Tobo, a village in Sweden, and set up their studio there where they made ceramics until Eric's death in 1972.  It is said that at the start of their careers they bought a railway wagon full of clay and it lasted them their entire careers.  They specialised in simple, unadorned Chinese influenced stoneware pots with beautiful matt glazes.  They were perfectionists aiming for consistency and destroyed anything they did not consider perfect.  This means that their output is estimated to be about 800 pieces a year which makes them quite rare.

For line and the quality of their glazes their work is amongst the finest made in Sweden during the 20th century, indeed I would place them in the top division of ceramists from anywhere in the world.

The largest of these is about 7 inches in height.  The glaze on the small "milk churn" vase is absolutely fantastic for the subtle changes in colour and demonstrates the level of control they were able to achieve. 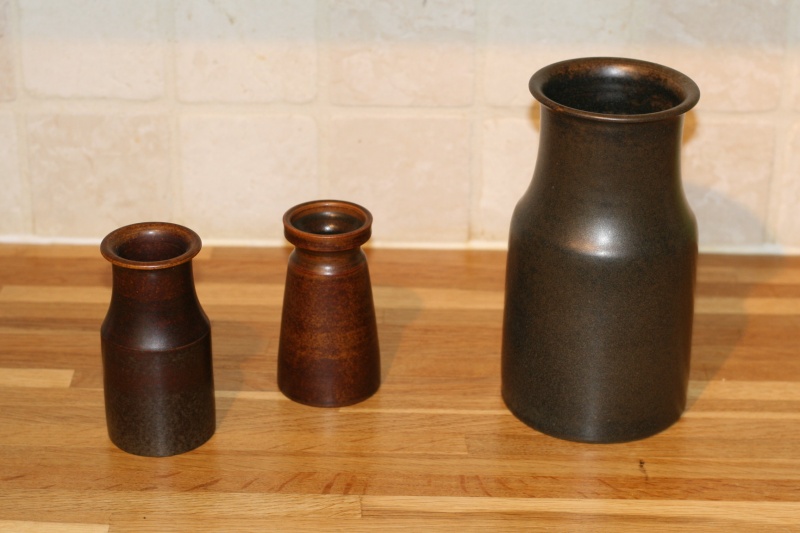 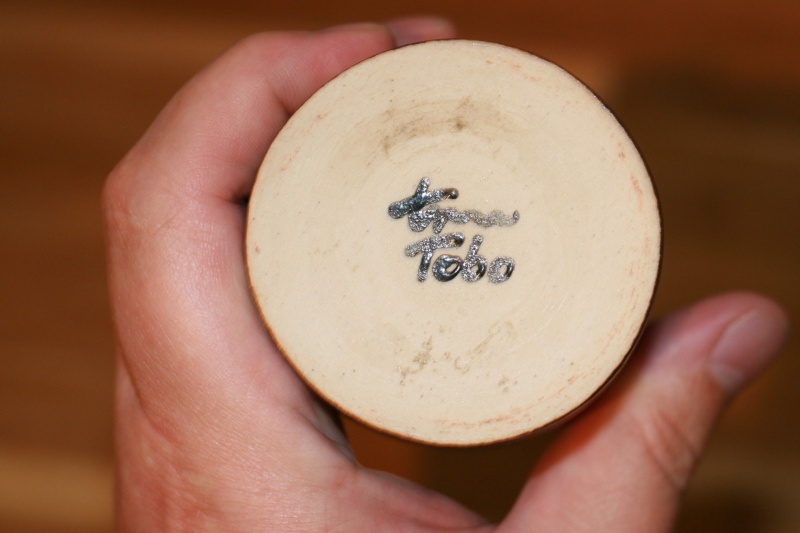 About 80 miles north of Stockholm