I thought this might be Alan Wallwork, but it just doesn't look the same in comparison to his stunning tiles. It's made by H & R Johnson and has a possible id mark on the back, but I'm not sure what it is.
It's 15cm x 15cm.
Can anyone help id who designed this please. 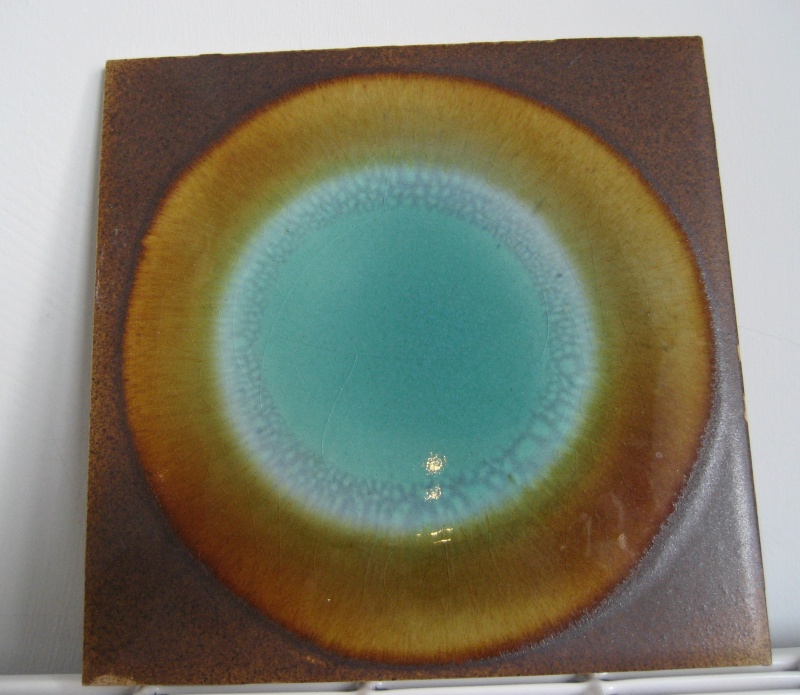 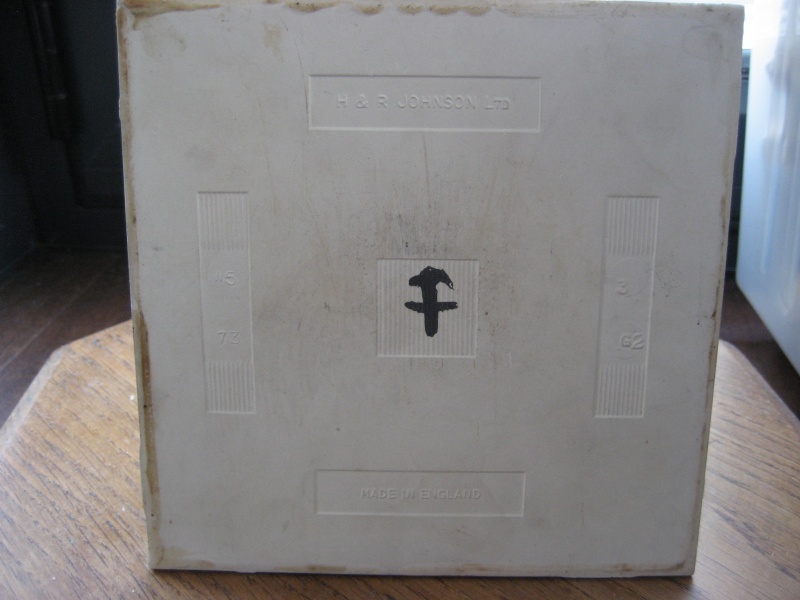 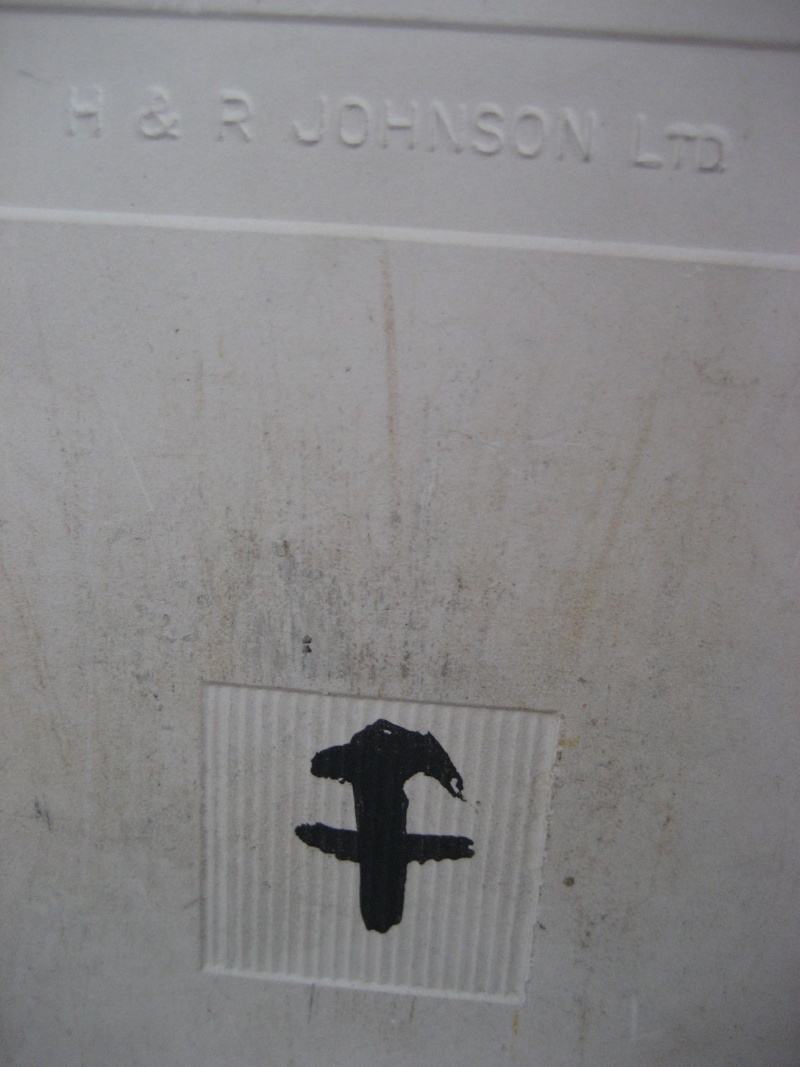 The usual suspects are Wallwork, Anne Wynne Jones and Kenneth Clark. Did Bernard Forrester ever do tiles?
_________________
Carrot cake is just fake cake

When you say "it's made by H&R Johnson" that is the manufacturer of the tile blanks that were used by potters/artists. Besides Johnson, Pilkington were another manufacturer that you often see.

People could buy the blanks, decorate and then fire them themselves.

It doesn't look like a Wallwork or one of the Clarks work stylistically but I do have a commercially produced tile that was designed by an artist called Frank Fidler. I'll try and dig it out and take a photograph.

dantheman wrote:I would love to have a Frank Fidler thread

I just imagined a day spent rooting through your stored pottery, now that would be a good day

I think this ought to confirm that this is one of Frank's tiles.

Certainly does seem to confirm, thank you.
I must admit though, I hadn't heard of Frank Fidler before your reply, but I happen to have just read a very interesting biography on him.
I'm really thrilled with the outcome... this is the kind of thing I love to find.

Frank isn't well known and it was just fortunate that I saw it. I suspect there aren't many of the Design Centre leaflets around. Mine came from his estate with the rest of the items I have.

The "biography" will either have been the one that I wrote or else it has been nicked from my original. I've added a thread here on the Forum as well.
_________________
Now you should know by now that Potty and I need to see your bottom - we're funny that way!