Hello, Can anyone translate the written inscription on the bottom of this Limoges ashtray for me? Too, The foil sticker on the front reads: "e"/ PE INTALA MAIN/ LIMOGES"; anybody familiar with this export label? Any assistance with this query would be greatly appreciated! Thank you! David. 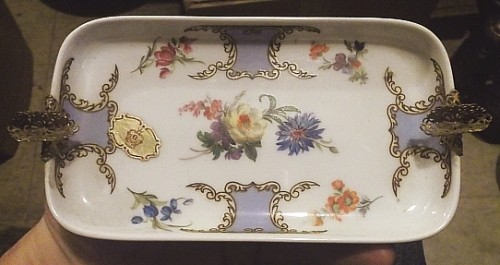 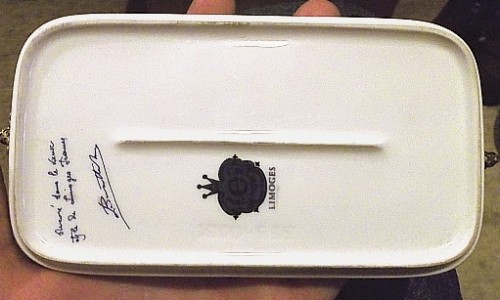 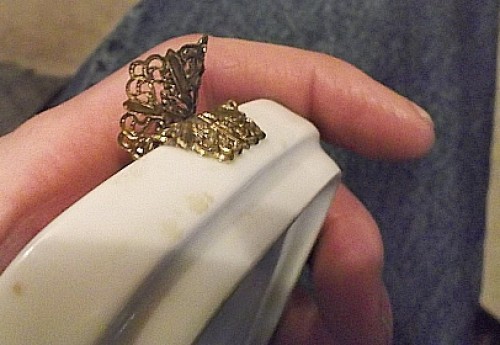 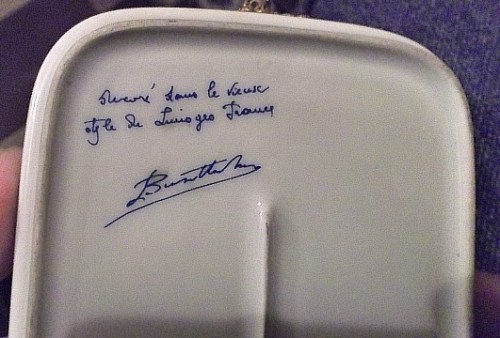 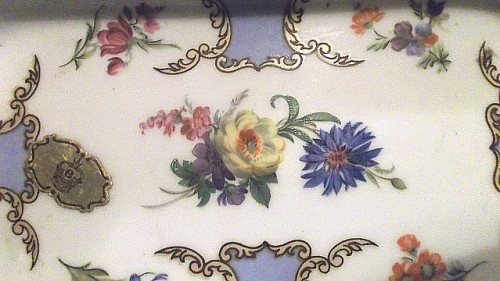 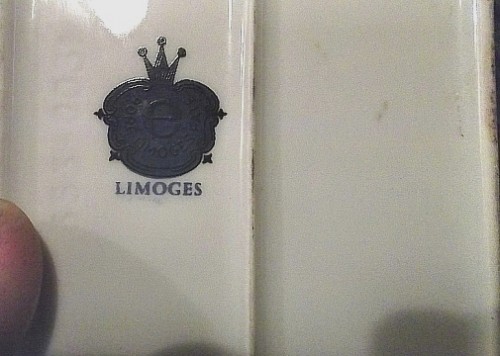 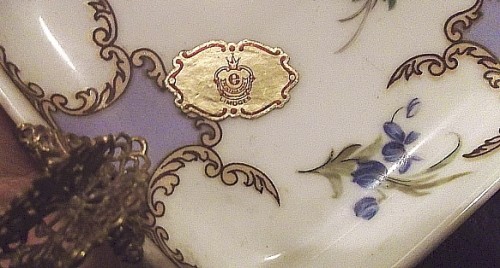 "decorated in the old style of Limoges France"

The mark could be for the Elite factory.

I can't find the mark or anything similar in the Directory of European Porcelain marks that was originally put together in 1954 and revised on several occasions after that date.

Although the writing is in French, is there anything that says that it was made in Limoges? I don't know if it was or not but the way that it is marked raises doubts in my mind.
_________________
Now you should know by now that Potty and I need to see your bottom - we're funny that way!

Well it says Limoges on the paper label SP, but more interestingly, nowhere does
it say France.

There seems to be some more lettering on the mark underneath.
Any chance of a close-up, maybe lit from the side?
Despite playing with the image I can't make it out.

Hmm, similar to the Fornasetti marks in this thread, which neatly covered over
the original makers marks of the blanks they used.

I wonder if this heavy painted mark is doing the same, and maybe it wasn't
made in Limoges at all.