Dear Sirs,
I have found once that the same monogramme as on this pewter cup belongs to the times of Eduard VII. But maybe other monarches of UK also used this sign? Is there any catalogs on the net on this theme?
Any help would be appreciated! 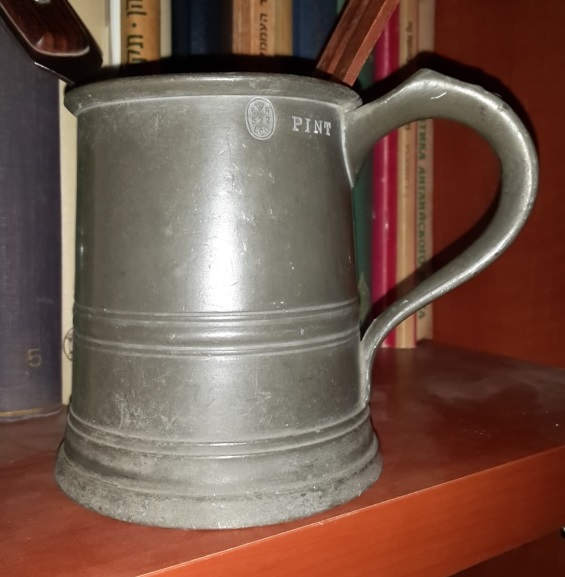 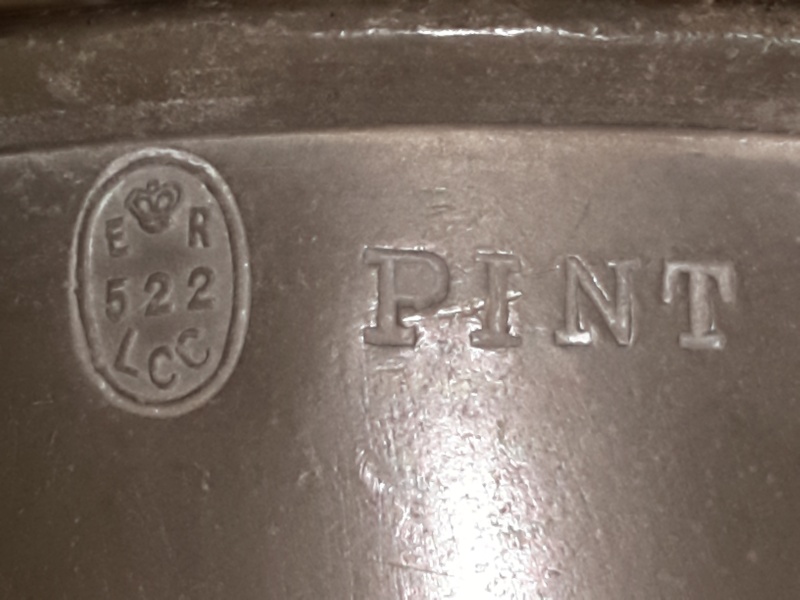 The mark is foer the weights and measures office that assayed the (pint) measure.
ER is Elizabeth 2nd,
522 is the office number, For London County Council. (LCC).

Here is the image of the site: 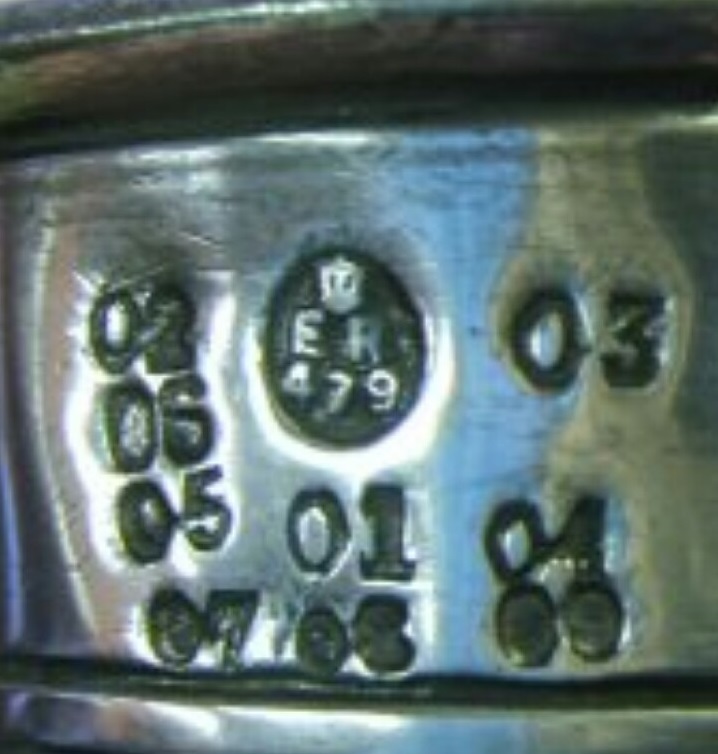 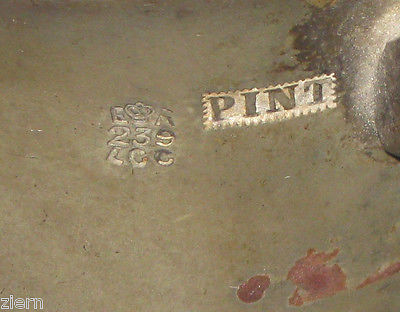 It does appear that these capacity marks from 19th/20th centuries have monarch's initials but don't denote anything else about them. If you have one with VR that makes it Victoria, as there has only been one British monarch with a name being with V. GR stands for George but doesn't tell you which George it is and ER could be an Edward or Elizabeth.

The ER mark above with the 02, 03 and so on marks around it does mean that this is certainly from Edward VII's reign, as the vessel with those numbers was checked every year and the 03 for example is for the year 1903.

If a tankard is marked like yours is then the LCC (London County Council) denotes that it was originally marked between 1889 and 1965, which were the years that the LCC was in existence. That would mean that the ER could denote Edward VII, Edward VIII or Elizabeth II.
_________________
Now you should know by now that Potty and I need to see your bottom - we're funny that way!

I just had to read up and re-familiarise with the system SP.

So yes, the Tankard at the top is Edwardian.

"No changes were made for the brief reign of Edward VIII"

Yes it would mean his predecessor George was still used.

Thank you very much. Another question: was this tankard used as a measurement only, or also as a regular drinking tankard in a pub?

This was a regular drinking vessel.
There are various smaller pewter measures, which are marked in "gills"

Thank you very much!!!

denbydump wrote:I just had to read up and re-familiarise with the system SP.

So yes, the Tankard at the top is Edwardian.

It's all new to me so thanks for taking the trouble. Denbydump should have put a comma after system Dolgin. He "re-familiarised (himself) with the system (of marking)" and was telling me that he had done so. Hence SP for studio-pots.

That's the English for you.

Gentlemen, something like this is quite enough: "SP = studio-pots". And it really does not related to the English grammar!

Excuse me, please. What is the sourse for this data? I just want be sure that ER is not related to Elizabeth.

Elizabeth has II between the E and R.