who made this lovely milk jug? 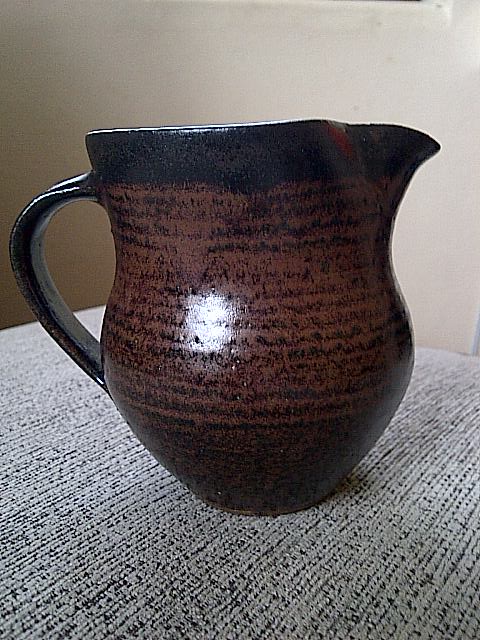 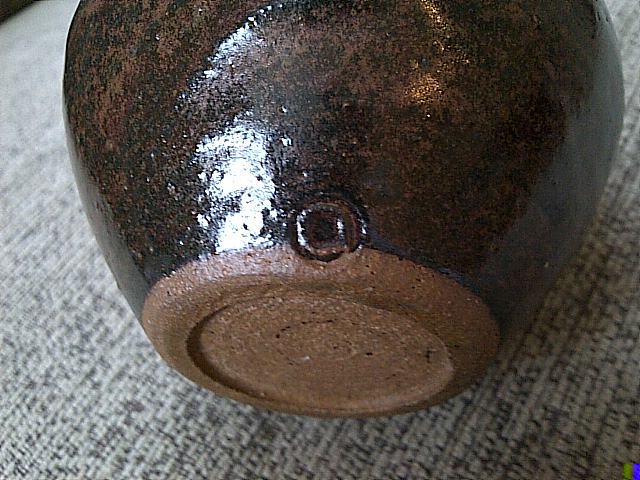 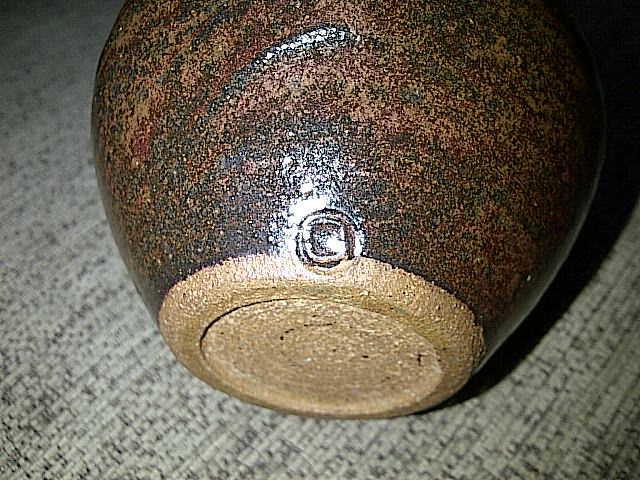 I can't be certain but there is just a possibility that it might be by Gwyn Hanssen Pigott. If so, it would most likely have been made beween 1961 and 1964 when she worked in Portabello Road.

At the time she used stoneware similar to this and brown glazes but I have seen very little of her work from this period so would need to see known examples to compare before being able to confirm or rule her out.
_________________
Now you should know by now that Potty and I need to see your bottom - we're funny that way!

thanks studio pots i have just done my research it is by Gwyn Hanssen Piggott
i compared her mark on google and is just the same and now i believe it is actually by her.. her mark is impressed O not D... 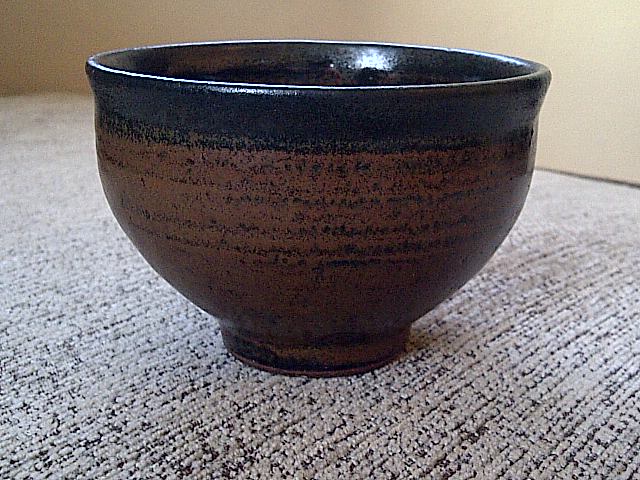 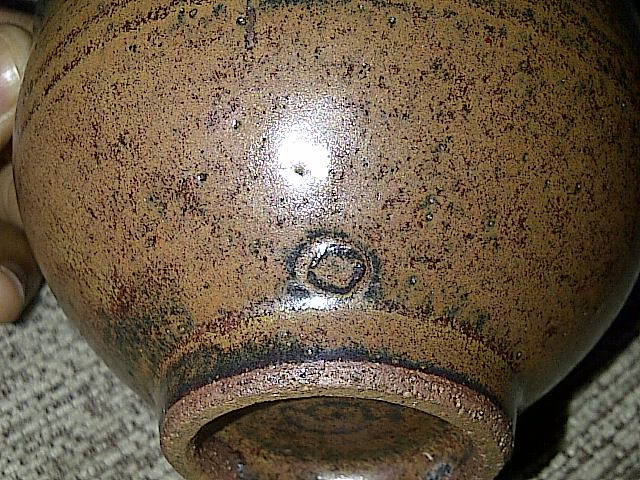 sunnyices2 wrote:so where do i take it to to be certain? are you in london?

to be 100% certain you need to ask the potter , I contacted Galerie Besson about Gwyns work and they forwarded a reply from her herself , if you send GB a nice email they might help

This saltglazed pot has a seal similar to one used by Gwyn Hanssen Pigott but it doesn't seem to be her style.  Does anyone have any other ideas?

Why do you think it isn't her style?

Thank you for your comments.

The only other work by Gwyn Hanssen Piggot that I have been able to find online is referred to as porcelain and appears more uniformly glazed and finished than this pot, which is stoneware and has uneven, patchy glazing.

I have attached some photographs which I hope are clearer than the first batch.

The lidded pot is not salt-glazed but looks as if it was wood-fired.

Although I haven't been able to find examples with that type of lid, I have found an image of a pot made by her in France during the mid-1960s with handles just like the ones on your pot (in a book). Therefore I have no reason to believe that it wasn't made by her in the 1960s when she was Gwyn Hanssen.
_________________
Now you should know by now that Potty and I need to see your bottom - we're funny that way!

I totally agreed with John, probably early work when she was Gwyn Hanssen. "Pottery in Britain Today" shows some early works which appear of similar appearance. A small casserole dish shows the same handles and the angle of her lids seem the same as yours albeit with a footed/knob - her Teapots show flat lids. However another book "Gwyn Hanseen Pigott - A survey 1955-2005" p.20 shows an absolutely identical lidded bowl/tureen (but with small knob), same glaze, toasted toward the bottom, same handles made at Wenford Bridge Pottery where she was invited back by Cardew in 1964 whilst he spent 15 months in Nigeria. Here she got to use the woodfired kiln which is why your bowl/tureen has that toasty look as opposed to her normally using an electric kiln in London, later that year she had a solo exhibition at the Primavera Gallery & it maybe where your bowl entered the World - who knows! 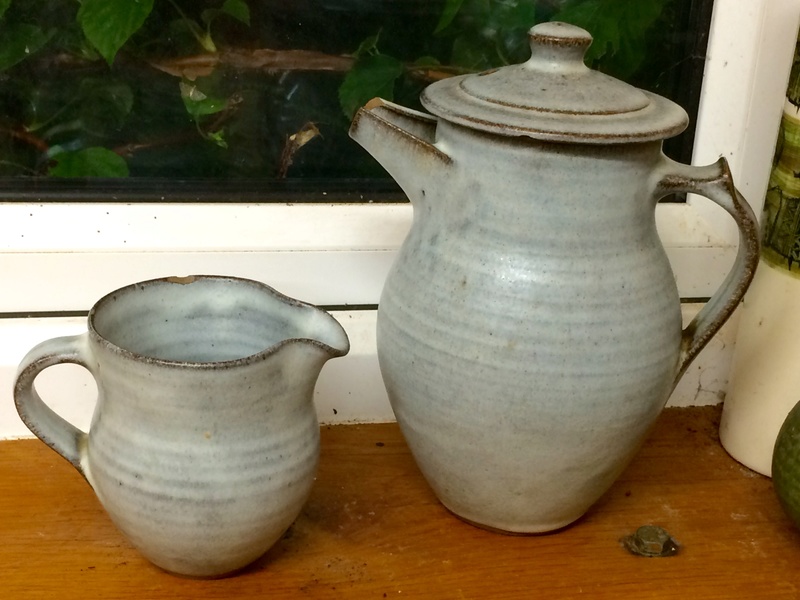 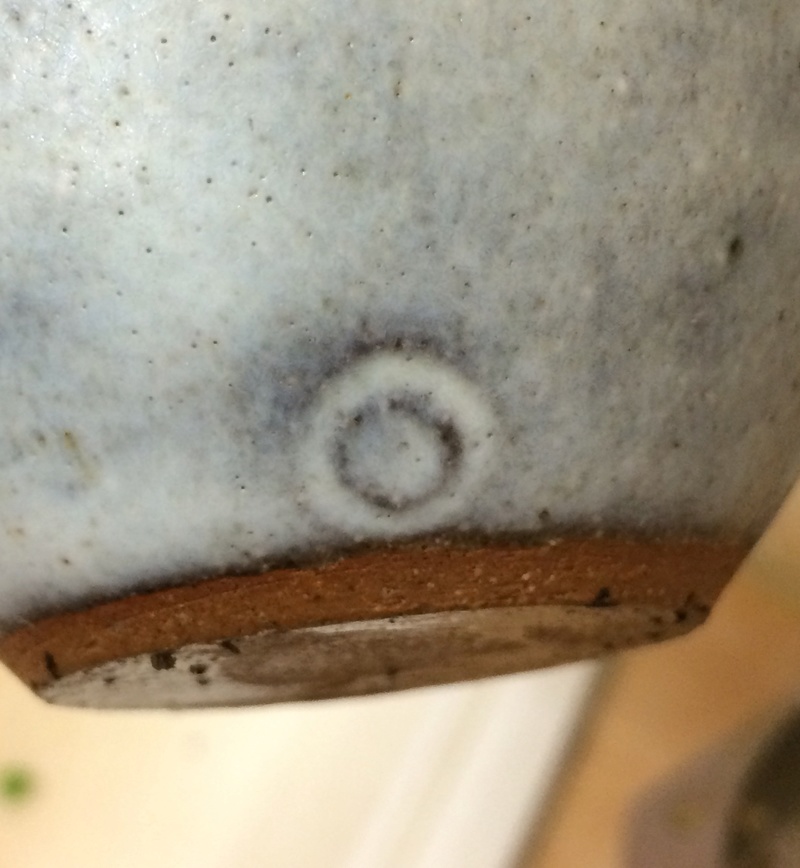