Here are photos of a very nice vase I picked up on Friday. I bought it for the quality of the work but did not at that stage have a name or date for manufacture.

It stands 8 inches tall and 5 inches wide. Condition is really great apart from a glazed filled rim chip fault it picked up when it was made.  The base reads MCM Golfe Juan ?M and 19?? (also Etched into the base is MCM again). It was a while before I could work out what it said, lustres can be difficult to read. I was also thrown by the MCM? But after spending a lot of time digging through the web it turns out that Clement Massiers wife Mary died in 1900 so for the next year he added her initial to his CM signature. That means the 19?? is 1900. So I am very happy with my find 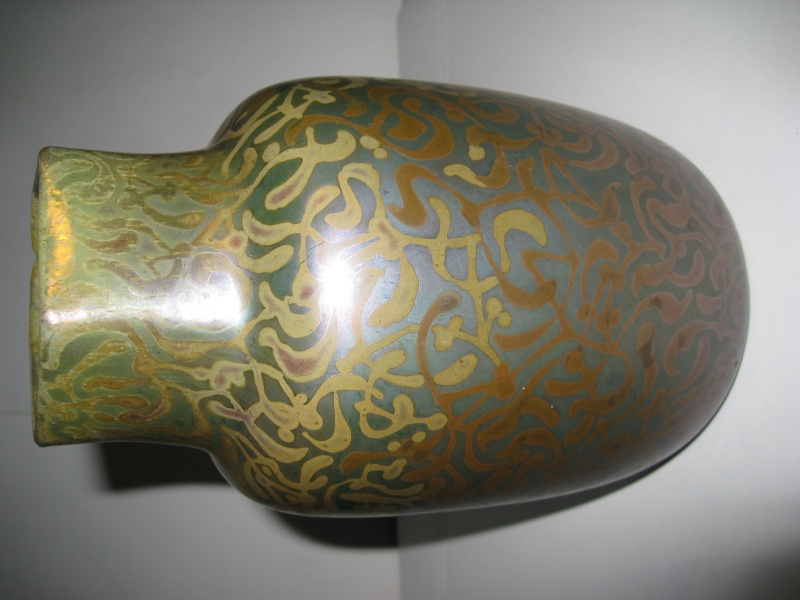 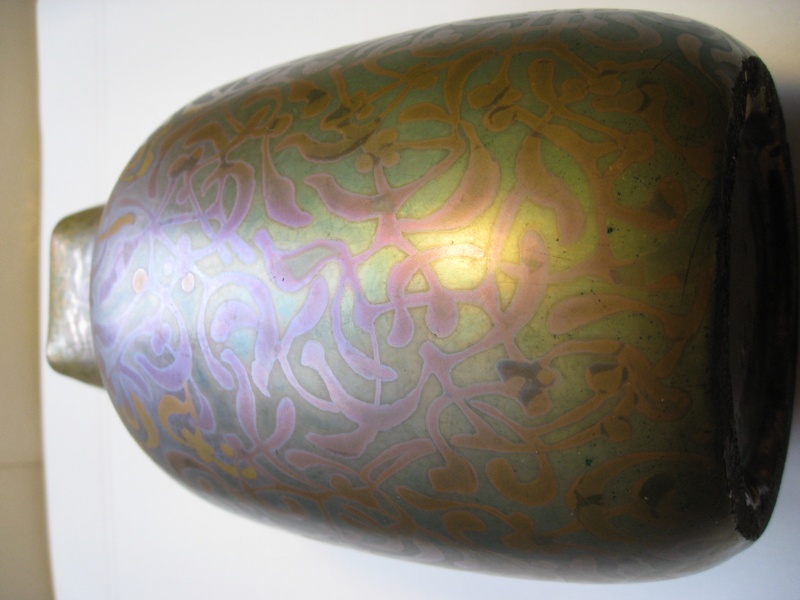 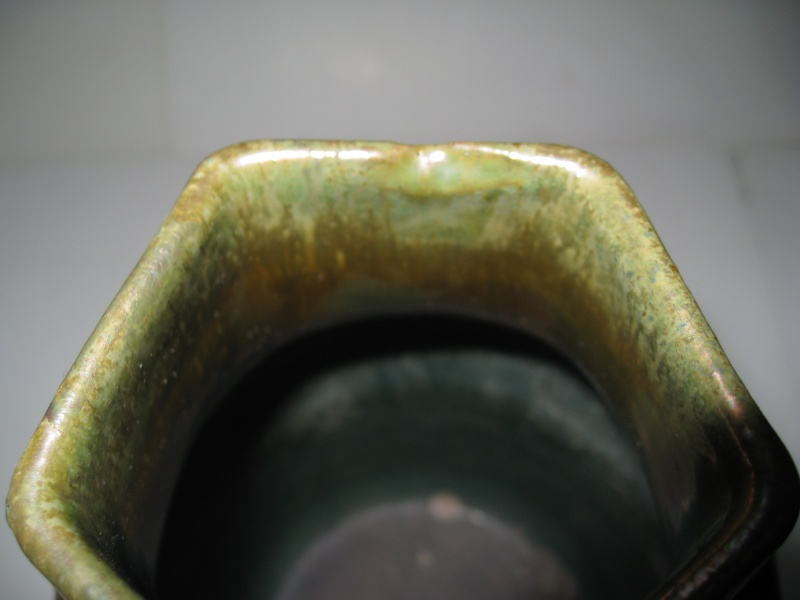 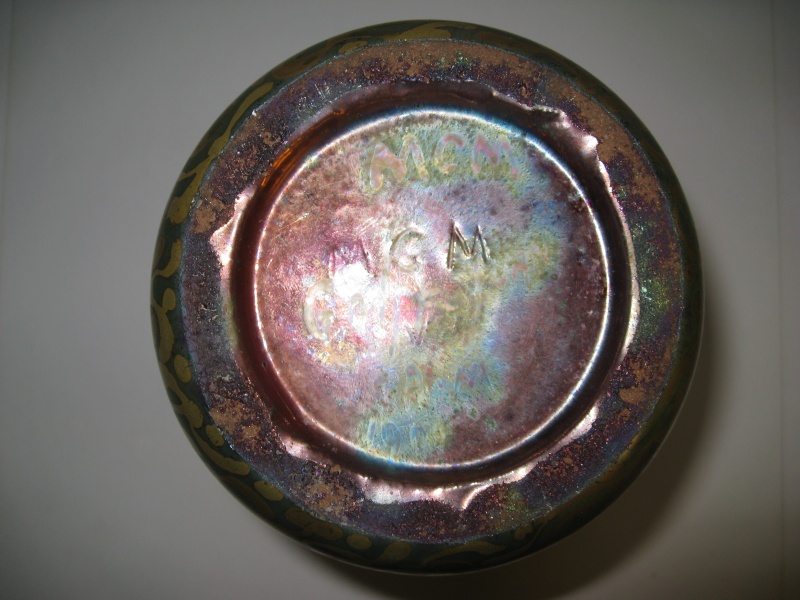 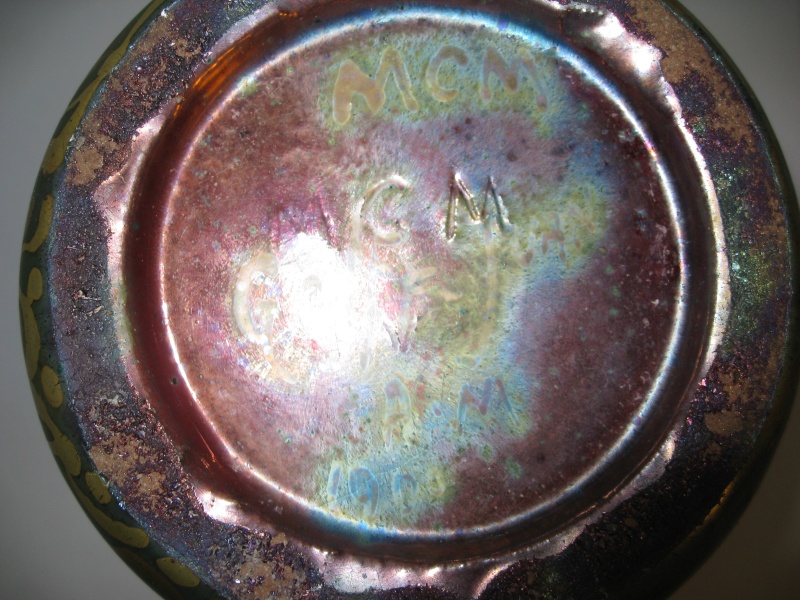 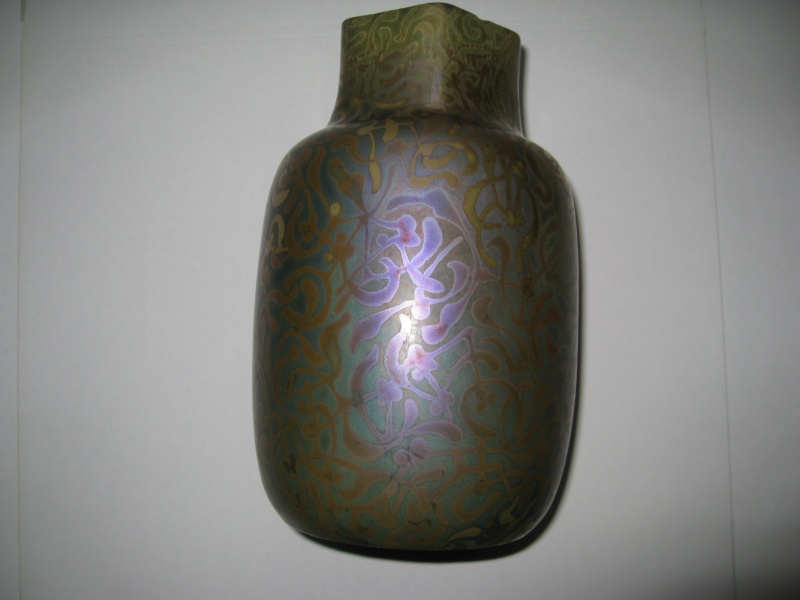 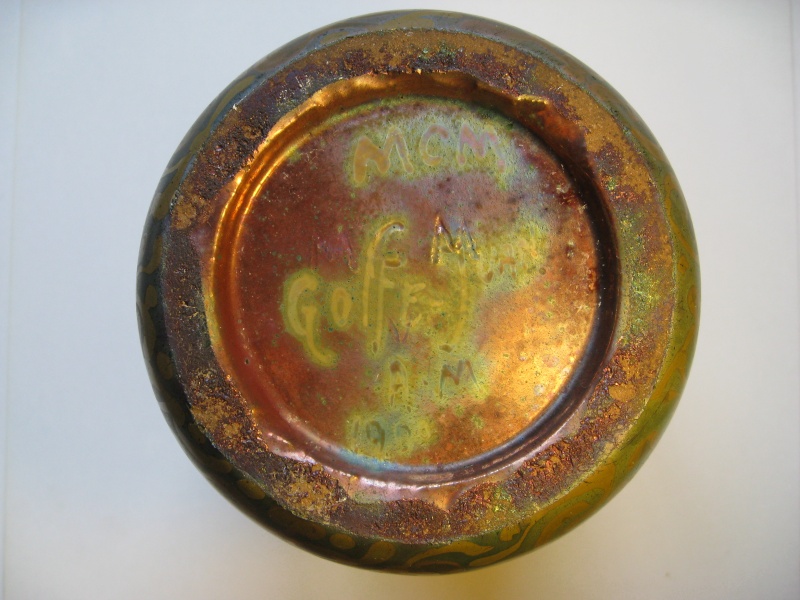 I dream of finding one of these

I just stumbled across it at Peterborough on one of the outside stalls. This was about 2 hours into the fair on the Friday, the public tend to take a lot of time to get to the far building that we had set up in so I went for a walk. The man who sold it to me said that out of everything he had it had got the most attention so far with lots of people looking but no one had bought it. I didn't know what it was, just that it was well made. I made an offer that he refused and ended up paying the price he 1st asked. He had bought it in France and for me it was the only thing out of all his stuff I would have taken home. I now know it is a pretty valuable vase but at the time was a little uncertain. God knows what it will sell for, Massier prices are all over the place but I paid about the same as a meal with wine at Nandos for it and I expect on a good day it would get me a week in Spain

Not sure I am going to sell anytime soon though I do really like it, its very huggable.