Hi All.  Found in North Yorkshire and clearly marked on the base, can anyone id this small jug.  I've been through Yates-Owen & Foutnier Studio Pottery Marks but can't see anything.  The decoration is not painted on the vase but has been 'scratched' through the brown glaze.  Small, it only measures 5.5 cms tall and is 5 cms in diameter at the base.  Any help much appreciated. 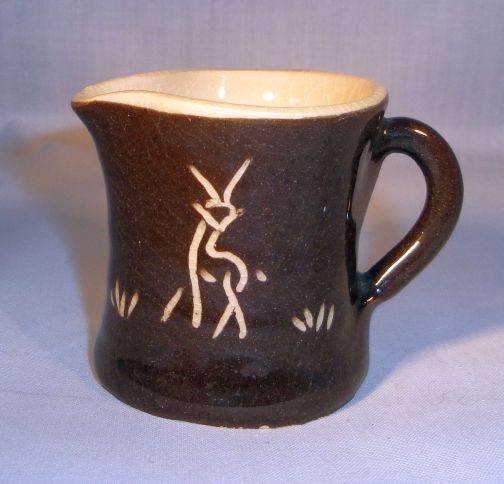 VIEW OF BASE & MARK 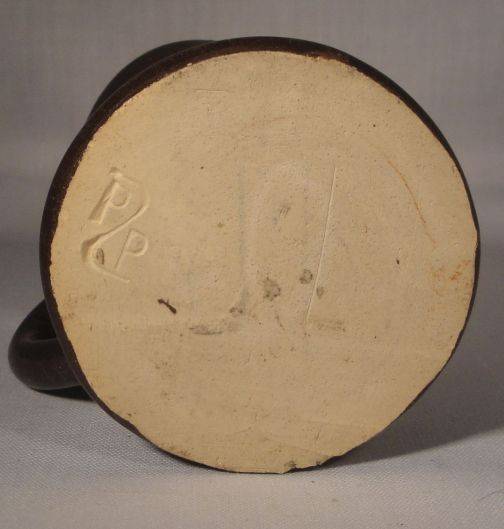 qUite by chance I saw the item. John and Joan Collier were my uncle and aunt. John was in the RFC in WW1 and was awarded the DFC, in WW2 he was in Bomber Command and between wars he was a flying instructor at Norwich Aero Club. Joan was a good watercolour artist and they were both musical. After WW2 John could not settle and after trying various ventures the couple started Palgrave Pottery, having learnt the basics at Wattisffield Pottery.

As a youngster I used to cycle from Brentwood in ESsex to see aunt and uncle and spent many happy hours in the pottery, at first in Palgrave and later near Bungay when they moved there.

They were lovely people but a bit unworldly, refusing to sell to people they did not like and timing their delivery trips around UK to coincide with county cricket matches.

I have no items of their pottery now but would certainly buy the item if it was for sale, for old times sake

Welcome Nick and thank you for your reminiscences. They are a wonderful addition to the information here.
_________________
Now you should know by now that Potty and I need to see your bottom - we're funny that way!

Hi Nick. Thanks very much for the message and apologies for the late response. Unfortunately in my 'end of year clear out' (which my wife insists on otherwise our house would be overflowing with 'stuff') I donated the jug with several other items to one of our local charities. I have been to see if it was still available so I could buy it back for you but it had already been sold. I do have your details now and know their mark so if I come across anything similar again I'll get in touch to let you know. Regards

Slip decorated vase, good visible potting rings, and an impressed P/P or possibly PZP on the underside. If it is PZP, then it isn't Anthony Richards' usual Penzance Pottery mark.