Bought this jug that I believe is by Katharine Pleydell-Bouverie:

It stands just over 17cm tall.

A squirty little mark that is almost impossible to make out so it has to be Beano's work. Actually, the foot tells me it's hers even if it wasn't marked.

I would be surprised if it was made at Coleshill pre-1946 but there is no way of dating from the mark really, unless it has the COLE mark. I would go for it being made at Kilmington Manor in the 1950s/early 1960s because of the size and because the incised decoration is quite controlled i.e. not shaky as it was later on. Only an informed guess but when it was made has no bearing on its worth.
_________________
Now you should know by now that Potty and I need to see your bottom - we're funny that way!

NaomiM wrote:Could be. Sent you a link to an auction for a similar jug with mark, dated c.1935

Obviously, I don't know the auction house that you're referring to, Naomi, but I think that the dates they all bandy about should be taken with a pinch of salt. Whenever I have ever been certain when something has been made in auctions (for example when it was originally bought from one of my exhibitions of new work from the potter) auction house invariably quote an earlier date. I think that they believe it makes the items more saleable.
_________________
Now you should know by now that Potty and I need to see your bottom - we're funny that way!

A Pleydell Bouverie vase with a brown ash glaze, together with a grey/black glaze on top. 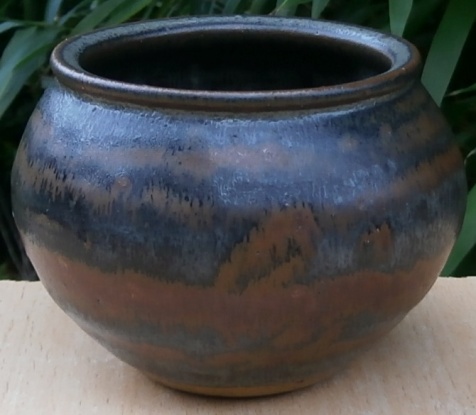 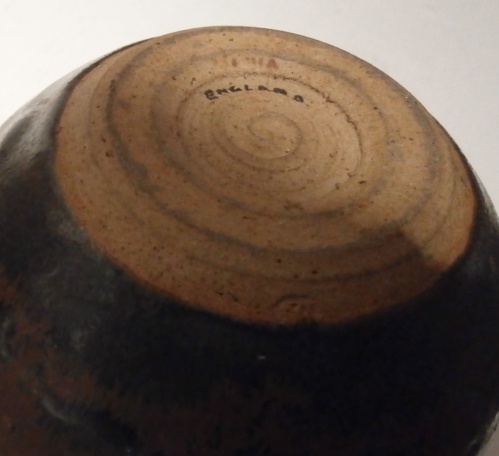 Here are two small vases that stand about 7cm tall.

Can anyone put a date on them? 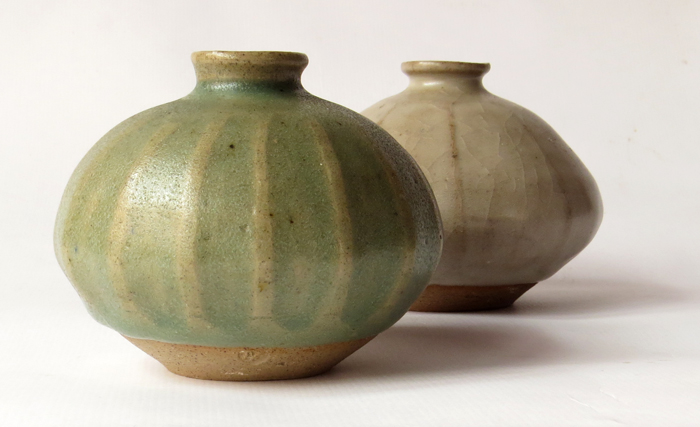 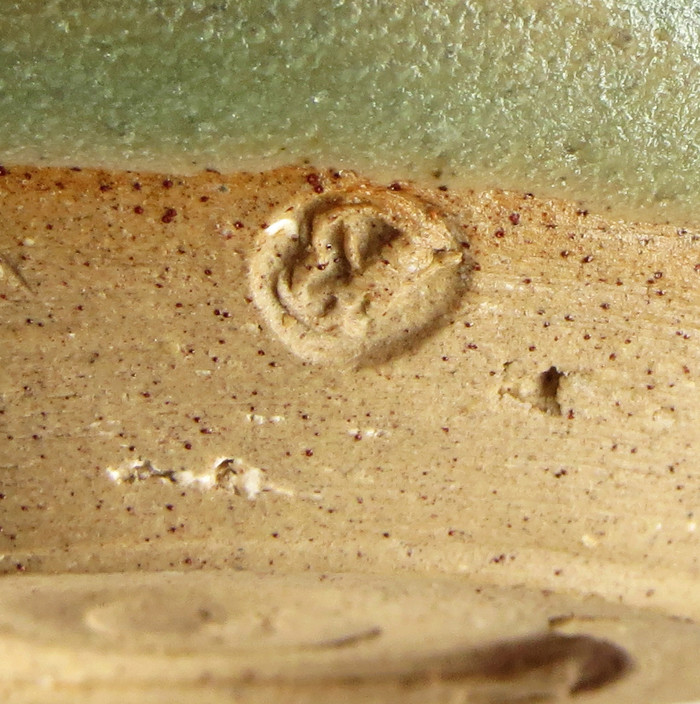 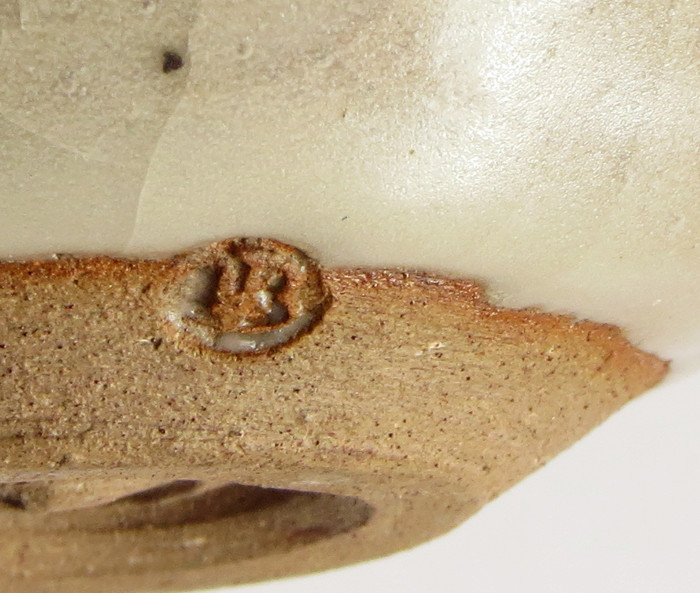 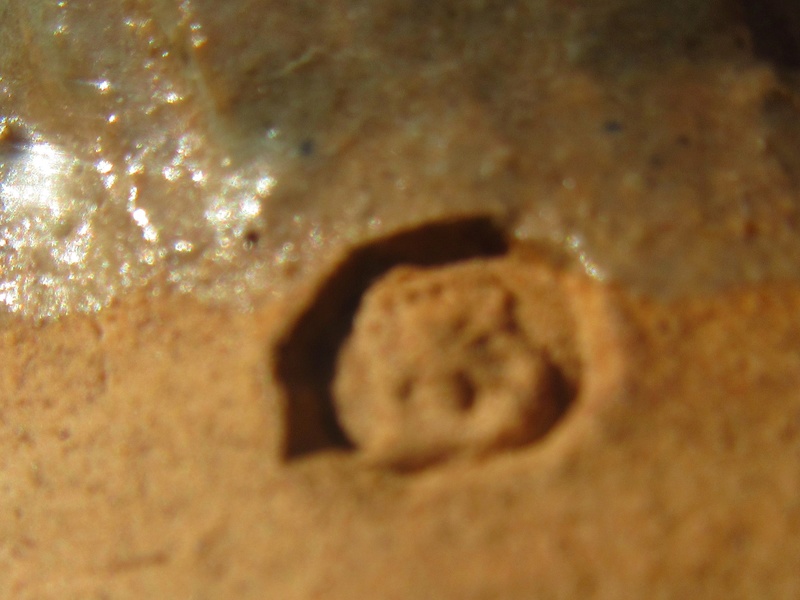 Vase from that mark above, 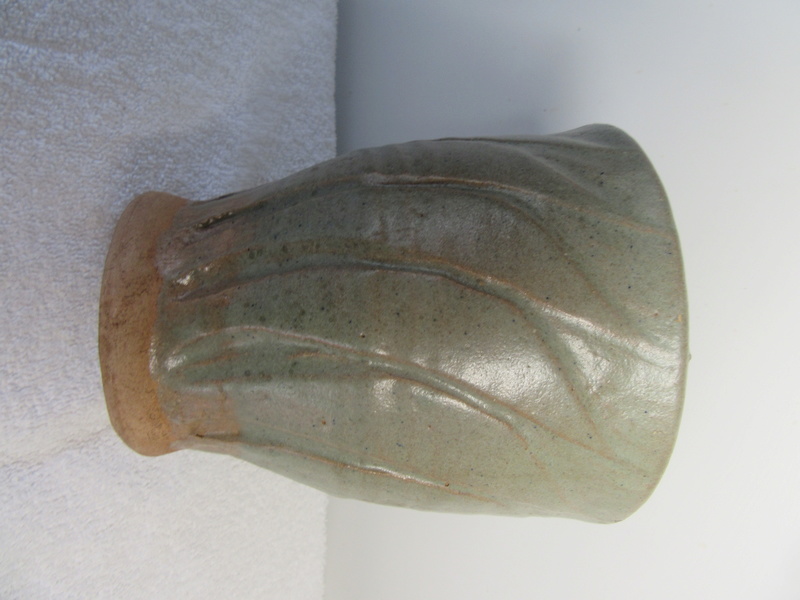 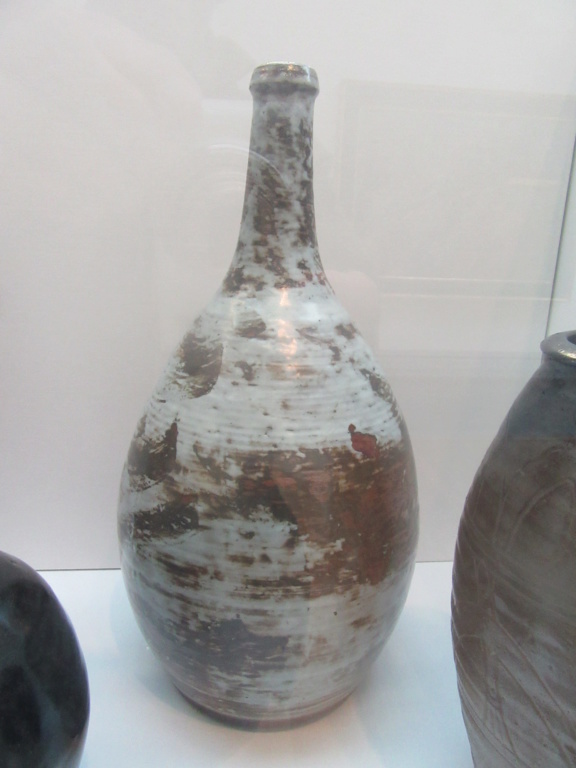 TORNADO. Circa 1935, at the Walher Art Gallery Liverpool. 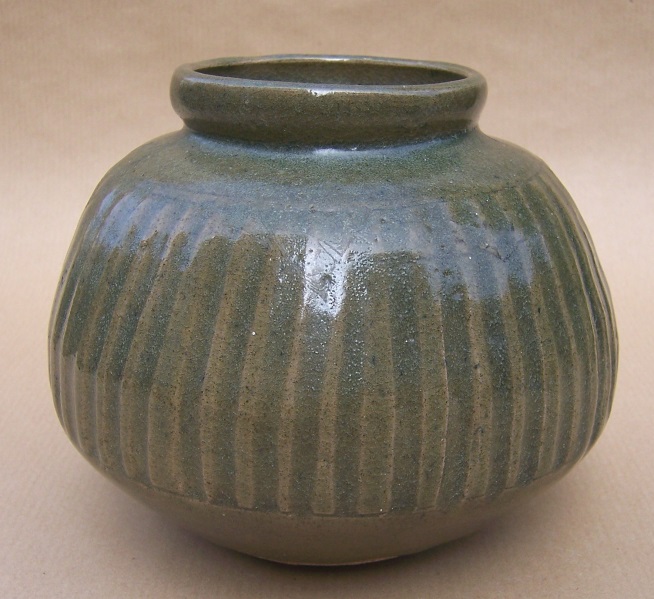 Beano probably made more unglazed pots than glazed ones during her career and these were for use in the garden and for plants indoors.

This bowl, which is 12 cm tall and 20 cm in diameter, is the best unglazed piece I have seen. 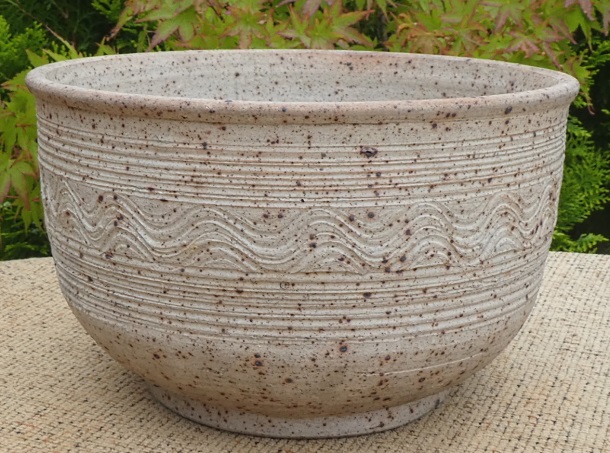 Here's a very large glazed vase that is 17.5 cm tall and has an external diameter of 22 cm. I sold it last year but it had originally been part of the Geoffrey Godden reference collection, as the label states. 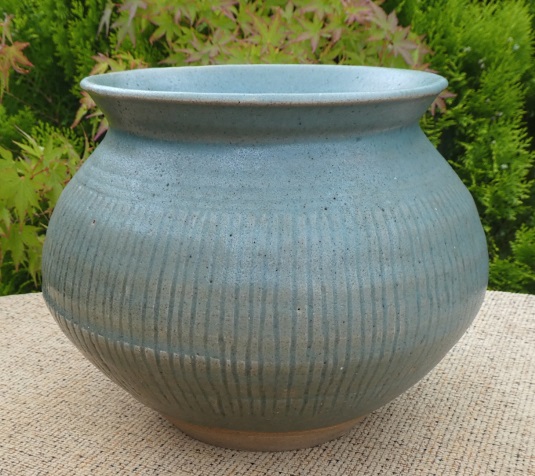 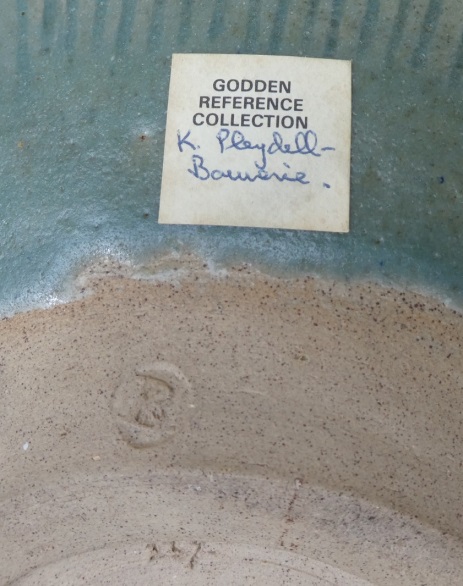 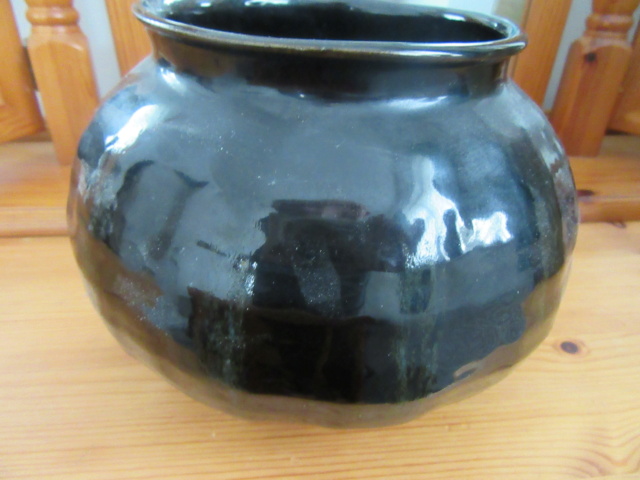 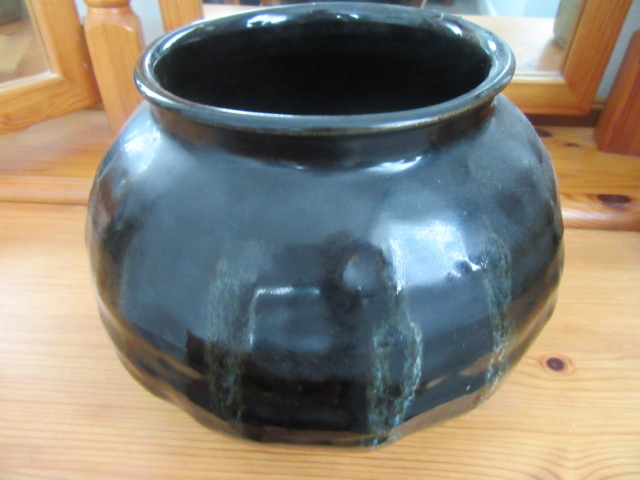 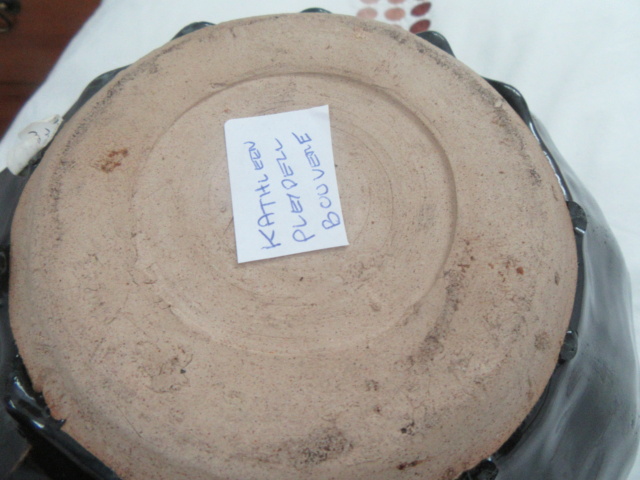 A late career Katharine-Pleydell Bouverie. Fairly large for her. 20 cm in diameter, 17 cm high.
One always remembers the bargains!  It must have been all of 25 years ago, on a Wednesday morning on a Boot Sale near Ringwood in Hampshire. The drizzle was just starting and the sellers were just packing up after a less than busy morning for them. I spotted this one as a interesting piece, but did not then know who its was. He asked £10, I offered £5, and he grudgingly accepted. Best bargain I ever got! 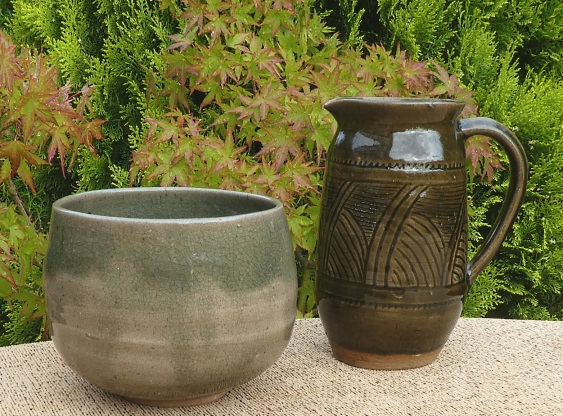