Picked this up locally, thinking it was Rye Pottery because of the tin glaze, colour range and sgraffito pattern. But looking at the monogram I'm leaning towards Aldermaston  - possibly a trial piece for their Repeat Ware bowls range?
Unfortunately it's got a b**dy great long hairline through one half of it.

Monogram may be Edgar Campden of Aldermaston. There's an inscribed B above it.

Geoffrey Eastop was a partner of Caiger-Smith's at Aldermaston from 1955 to 1961 but this looks like one of his signatures from after that period.
_________________
Now you should know by now that Potty and I need to see your bottom - we're funny that way!

studio-pots wrote:Geoffrey Eastop was a partner of Caiger-Smith's at Aldermaston from 1955 to 1961 but this looks like one of his signatures from after that period.

Just found this example of his signature, which is similar:

It did change over the years but everyone's does and it looks like the kind of thing that he might have made.
_________________
Now you should know by now that Potty and I need to see your bottom - we're funny that way!

I was surprised not to find a thread dedicated to Geoffrey Eastop when trying to inform the Forum that he had passed away on Christmas Day 2014 earlier so.......

Geoffrey Eastop was born in Norbury, South London in 1921 and, after originally working in insurance, trained as a fine artist at Goldsmith’s College from 1949 to 1952. He had intended to make a career as a painter but had dabbled with potting at Goldsmith’s and when the opportunity to get a paid position at the Odney Pottery came up he took it. After staying there for a year he was persuaded by Alan Caiger-Smith to join him in setting up the Aldermaston Pottery that specialised in tin glazed earthenware with painted decoration that combined Geoffrey’s potting skills and painter’s instincts admirably. Geoffrey stayed at Aldermaston for six years before deciding to start out on his own.

Staying in the Oxfordshire/Berkshire area for the rest of his career saw Geoffrey’s work change over the years. Initially, it mainly consisted of thrown and altered work in porcelain and stoneware but 1969 saw him begin a long and rewarding association with the artist, John Piper. More recently he spent many years developing an innovative hand building technique that he uses to explore the structure and surface of walls, which has further developed into his exploration of part figurative rock shapes.

Over the years Geoffrey lectured in art and design as well as ceramics and has undertaken major commissions that include a large mural for Reading Civic Centre in association with John Piper and floor and wall tiles for Robinson College Chapel in Cambridge.
_________________
Now you should know by now that Potty and I need to see your bottom - we're funny that way! 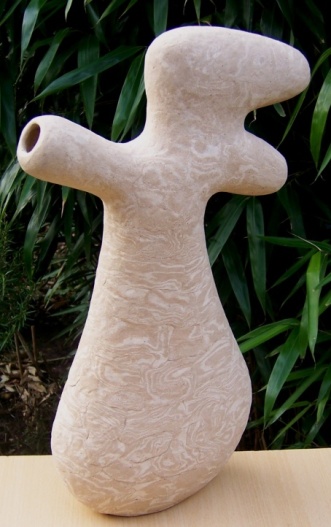 No doubt, Naomi and that is where I posted my original mention of his death. However, he worked at Aldermaston for 6 years out of a 60 year career in ceramics, so I thought he deserved more of a mention than just that.
_________________
Now you should know by now that Potty and I need to see your bottom - we're funny that way!

It was when he moved to Padworth that he met the artist, John Piper, and they started working together.
_________________
Now you should know by now that Potty and I need to see your bottom - we're funny that way! 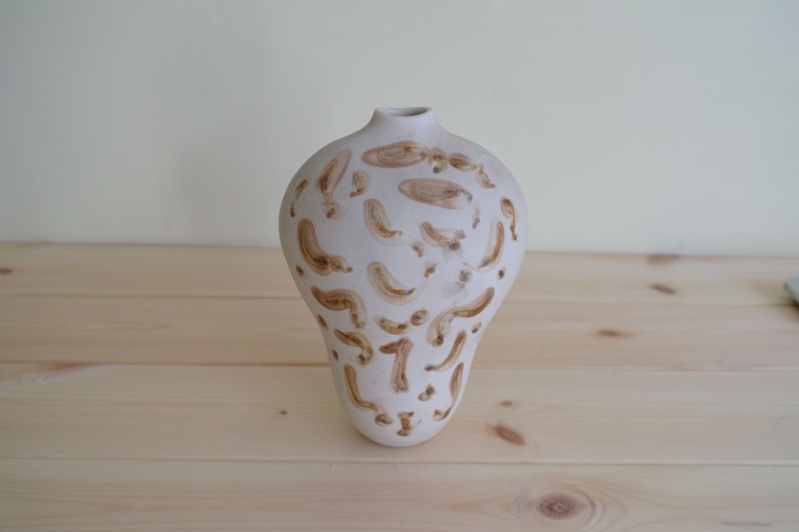 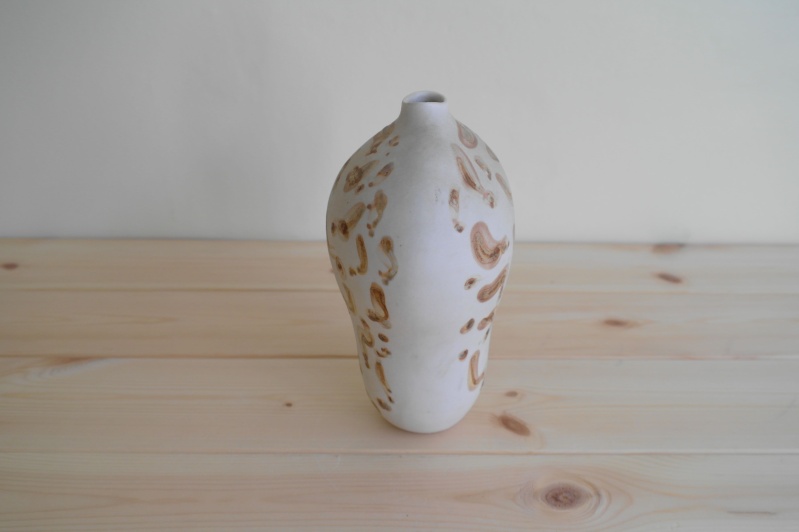 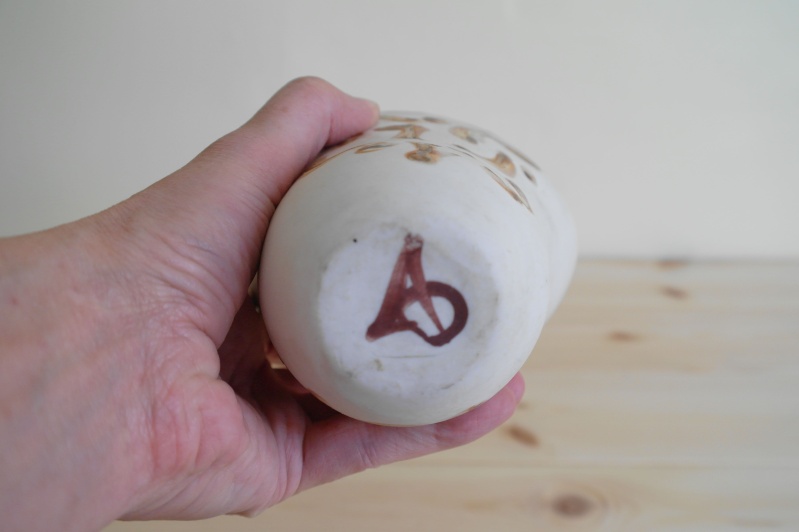 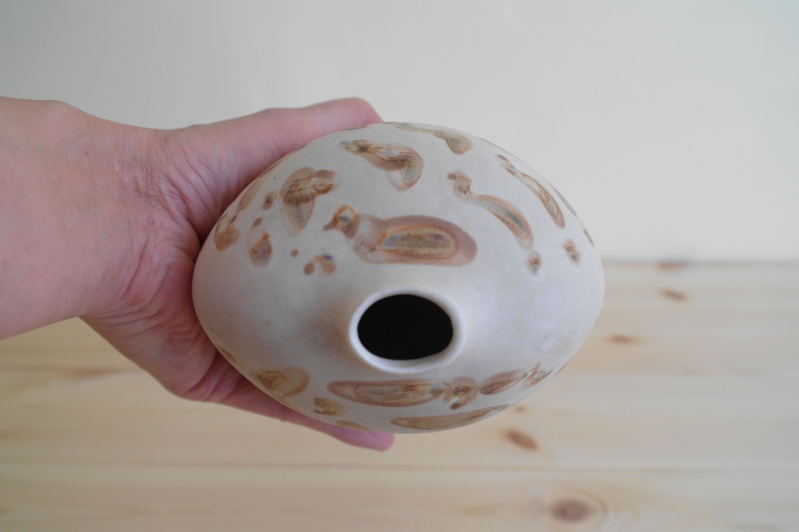 I think you are holding the mark the wrong way but it is just a quick signature so difficult to see what the letters are.

Wow - thanks, Aldermaston guy then?

Geoffrey Eastop artist and ceramicist died in December 2014. Studio International had been scheduled to interview him to talk about his career that spanned over six decades, from his student years at Goldsmiths, through his collaboration with the painter John Piper to his later years working in his studio in Hampshire. In celebration of Geoffrey Eastop's work his son Ben gave a talk about his father's creative practice, and explained his own practical intervention in his father's studio, for the open studio event in May 2015. This film also includes footage of Geoffrey Eastop when he spoke about his work during the open studio 2009.

Hello. Any ideas who made this lovely vase please? - Geoffrey Eastop

Hello.
Any ideas who made this lovely vase please?
Thanks 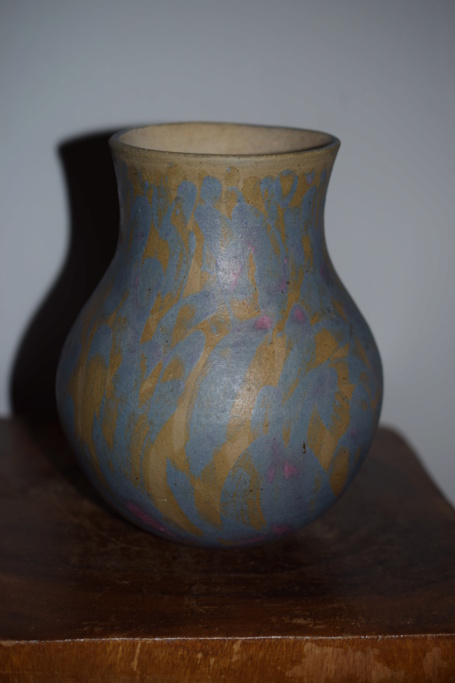 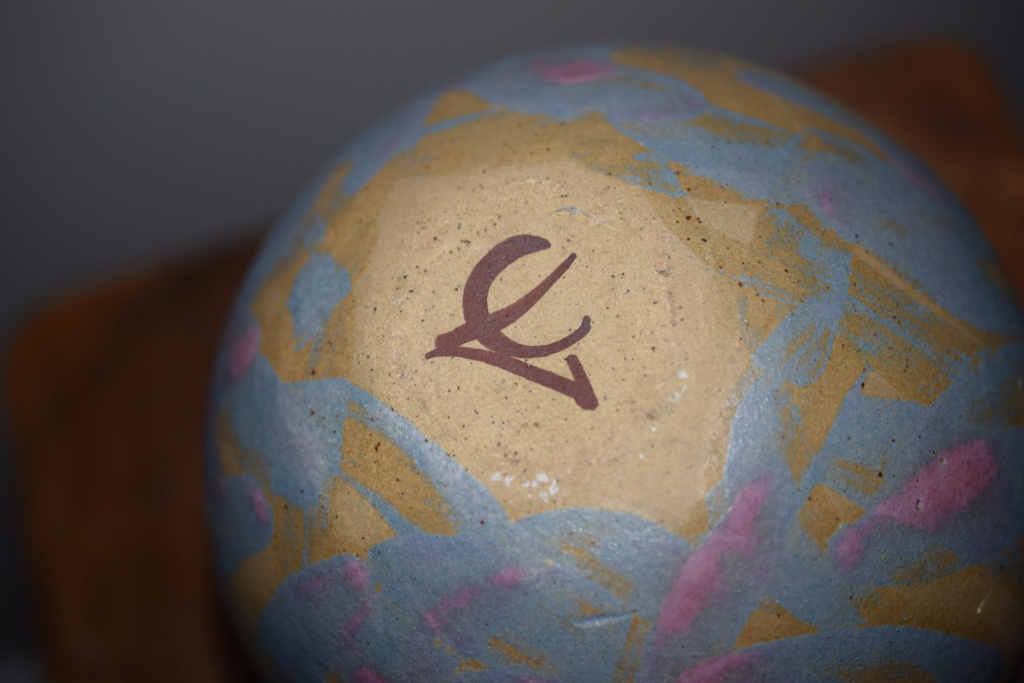 Hi NaomiM
Many thanks for info
Take care
Peter 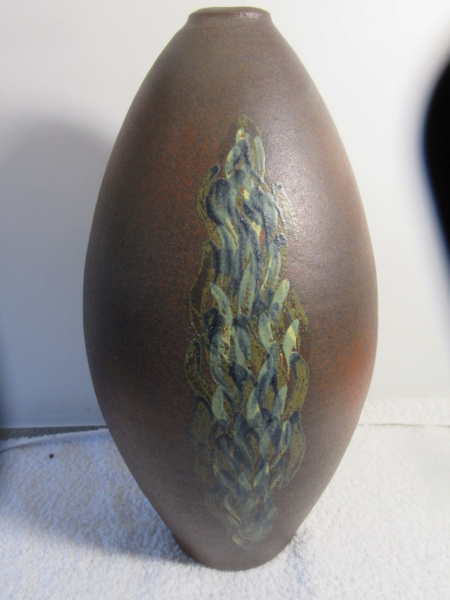 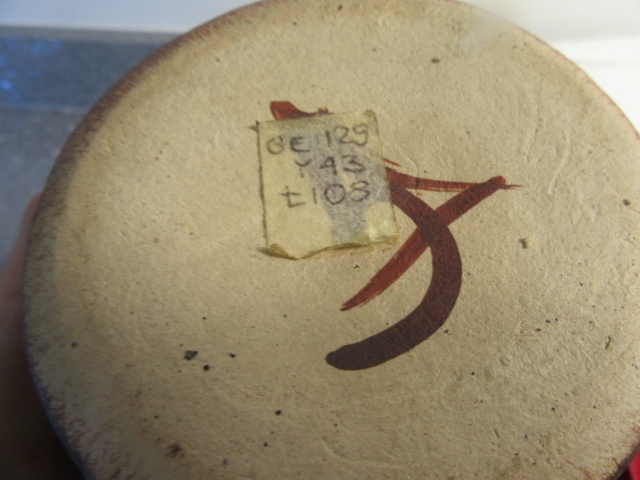 Signature to the above vase.