Lavender Beard (nee Groves) and her husband Mark Beard came to Upton-upon-Severn in the 1960s from Essex; she was an artist, a member of the Royal Institute of Oil Painters, and a potter. He was a viola player from a distinguished musical family. In Upton they founded The Upton Pottery and their witty and original creations found favour widely…
They closed the pottery due to rising rates and Mark’s failing health, and set up museum in an ex-restaurant called The Tudor House, which housed her collection of glass, china and pottery. To which she added household goods and kitchenware, an extensive gallery of photographs of old Upton and most recently a tailor’s workshop.
Lavender died at home in Upton on 15th September 2013 aged 80.

The pottery is inscribed Groves and/or Upton Pottery

Even though the styles are very different, their pottery is sometimes confused with that of Loo Groves who founded Taena Pottery at Upton St. Leonards, due to the use of 'Groves' and 'Upton' in the mark. 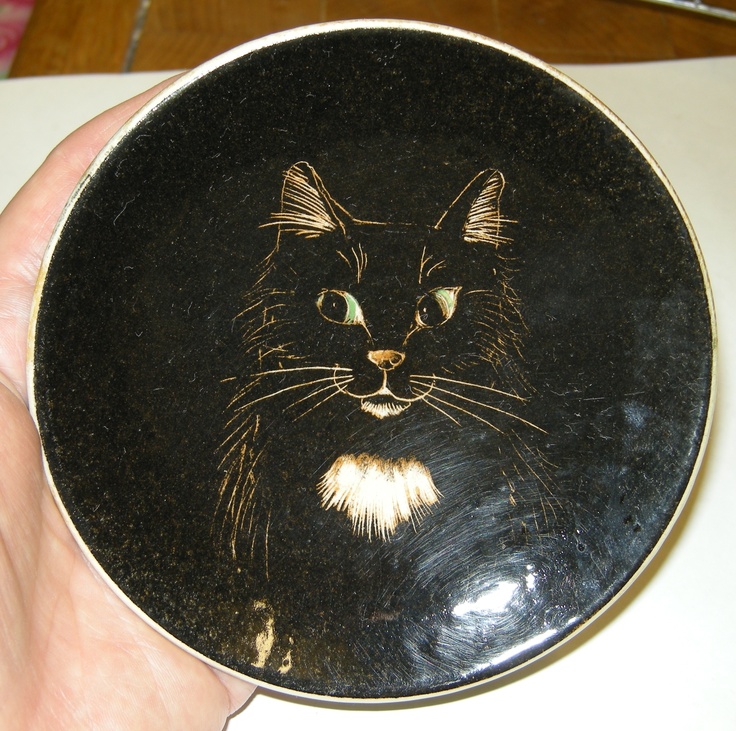 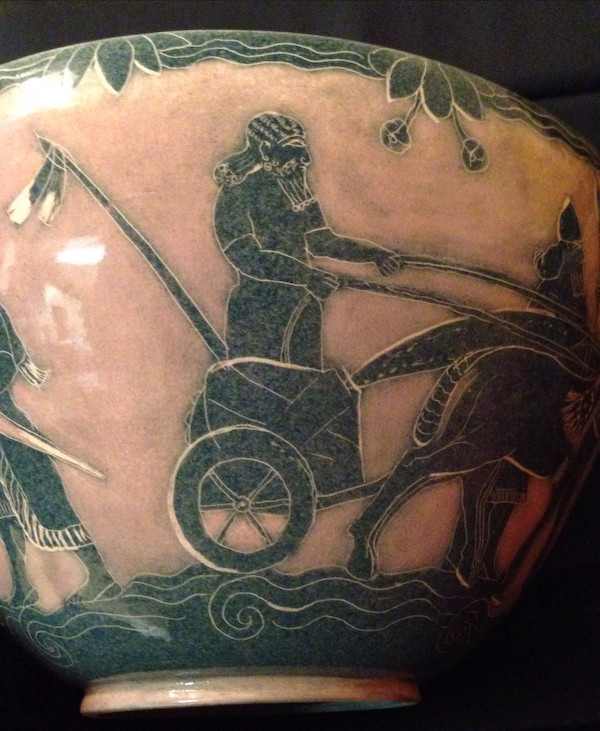 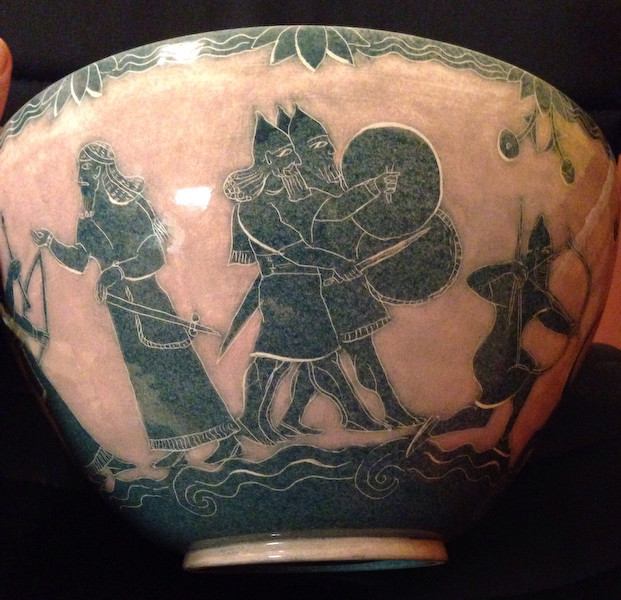 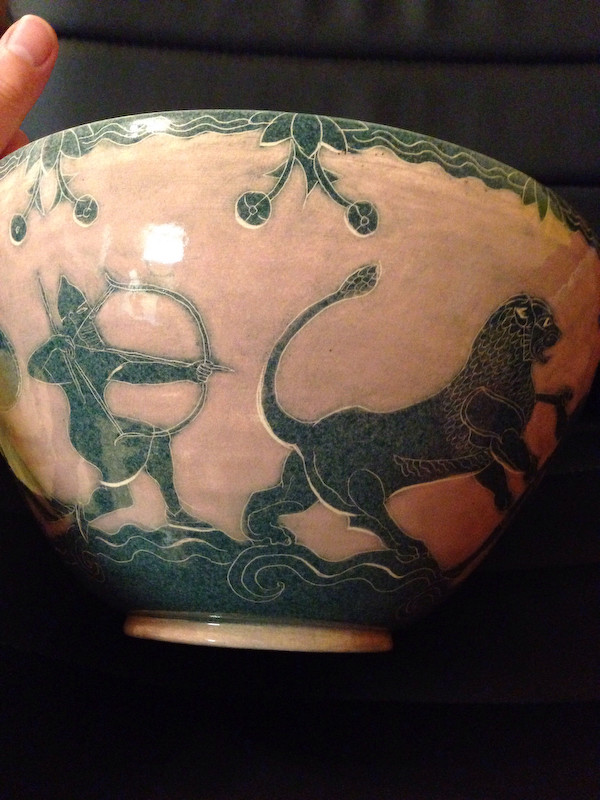 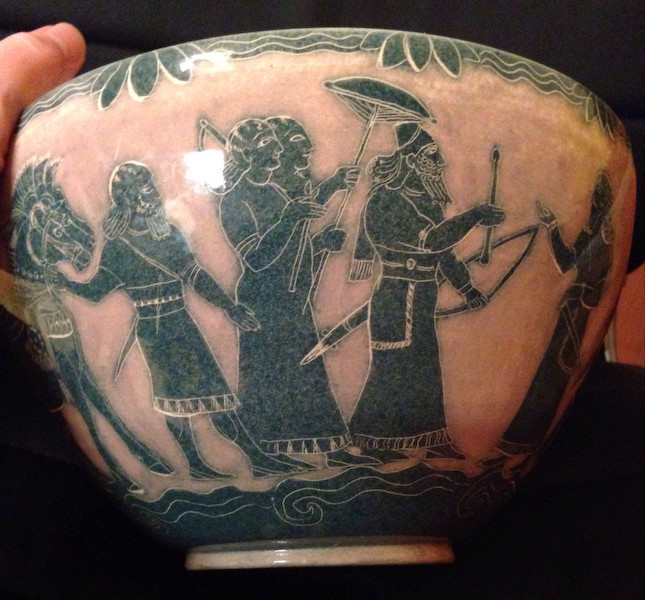 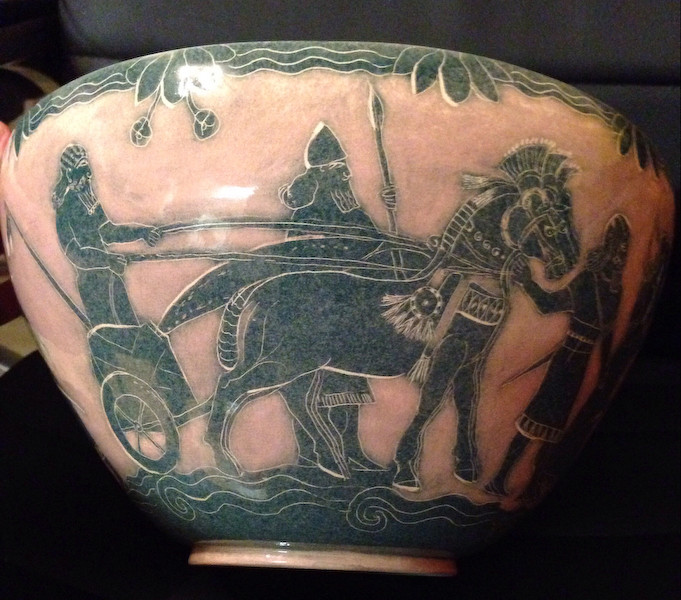 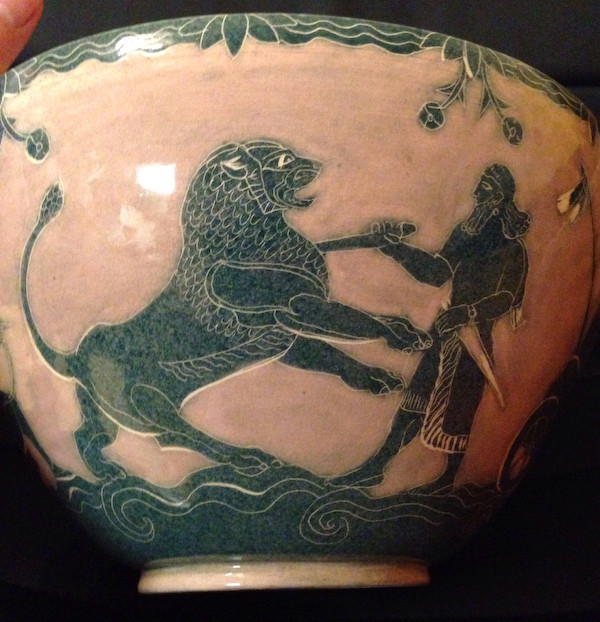 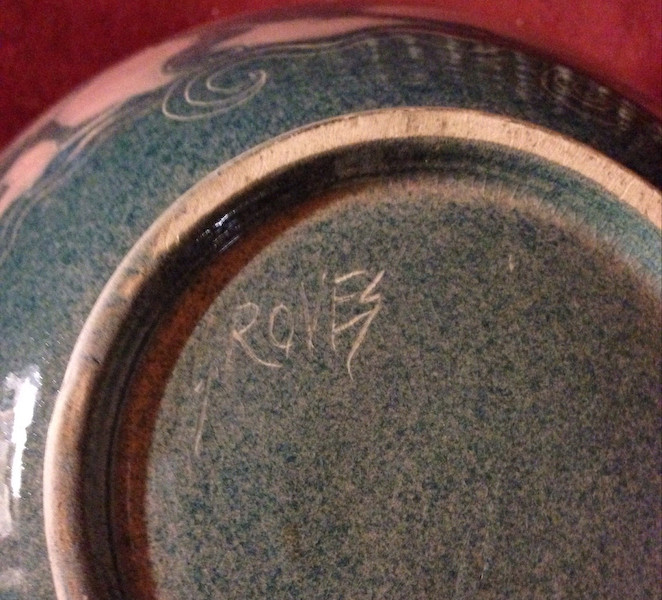 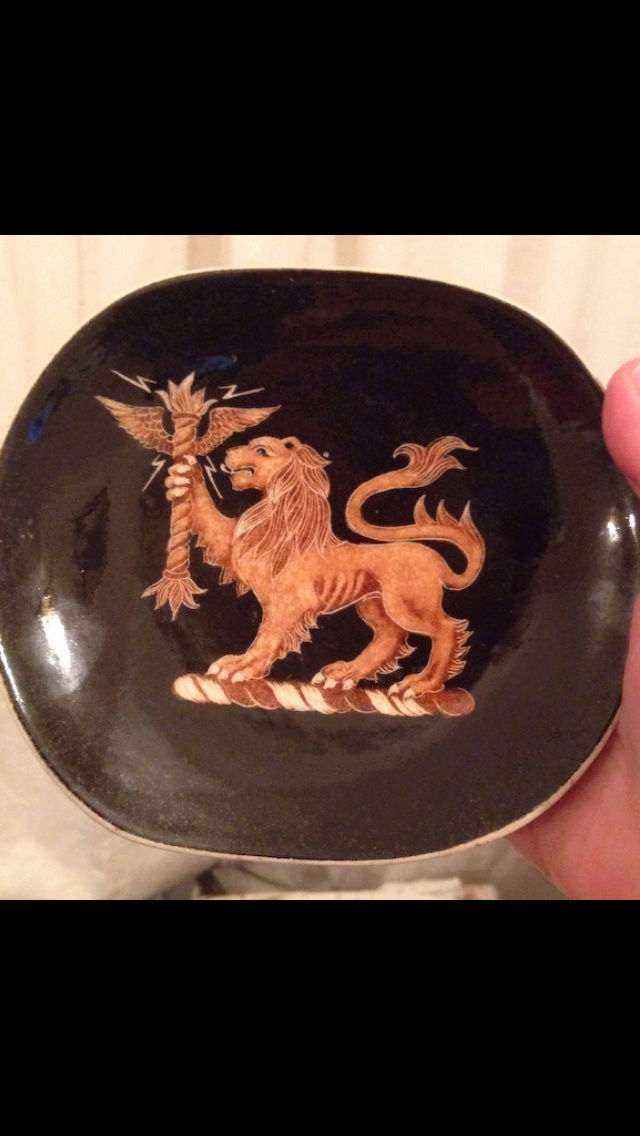 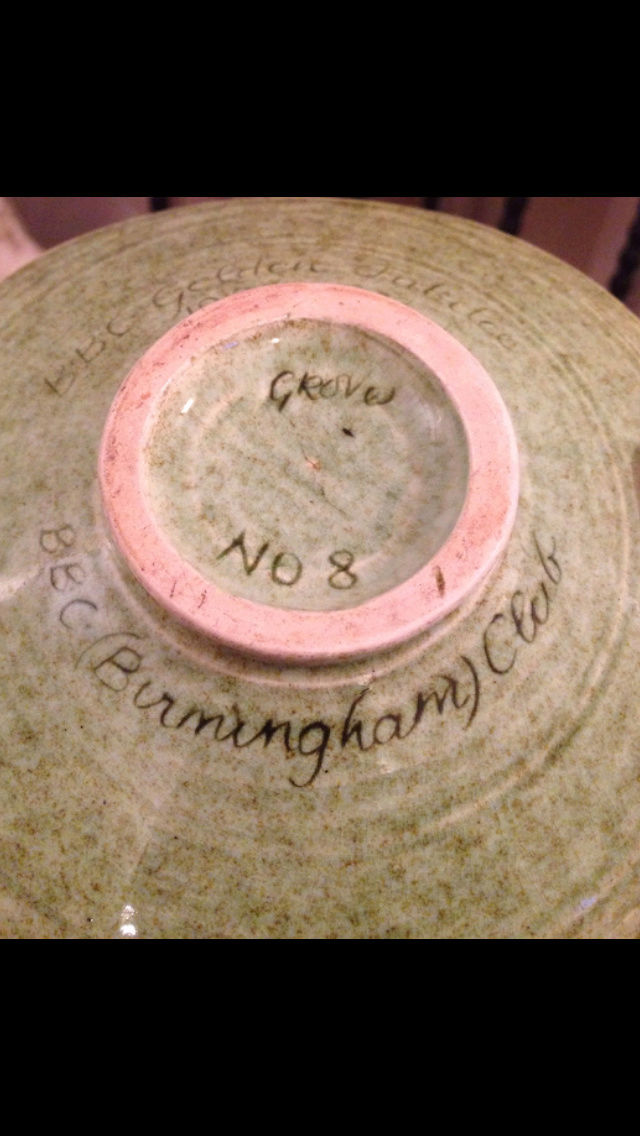 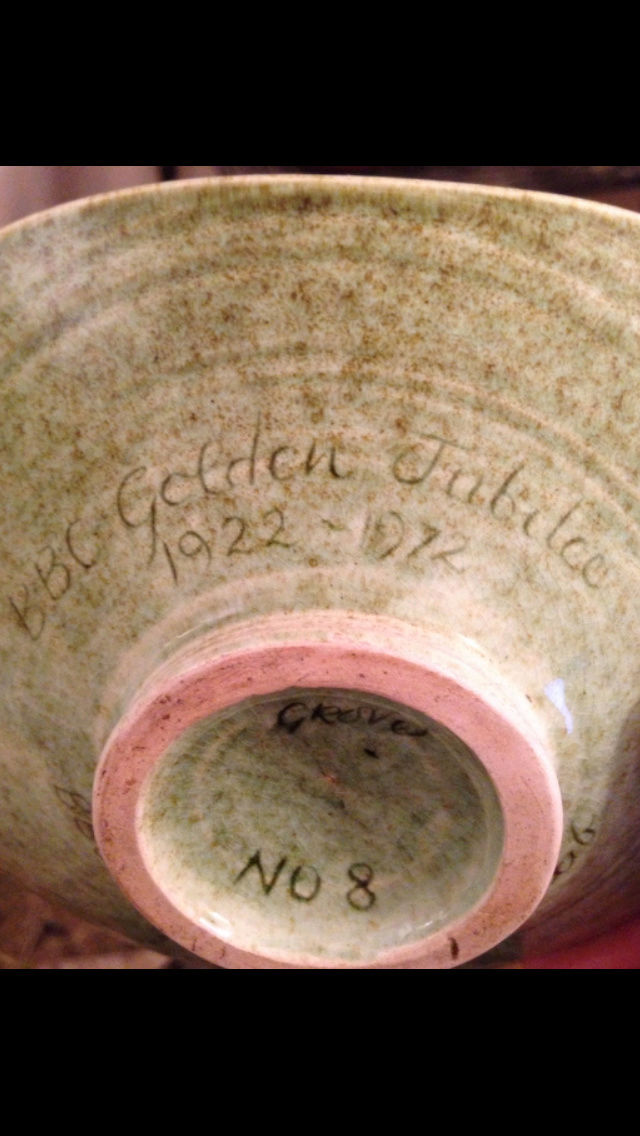