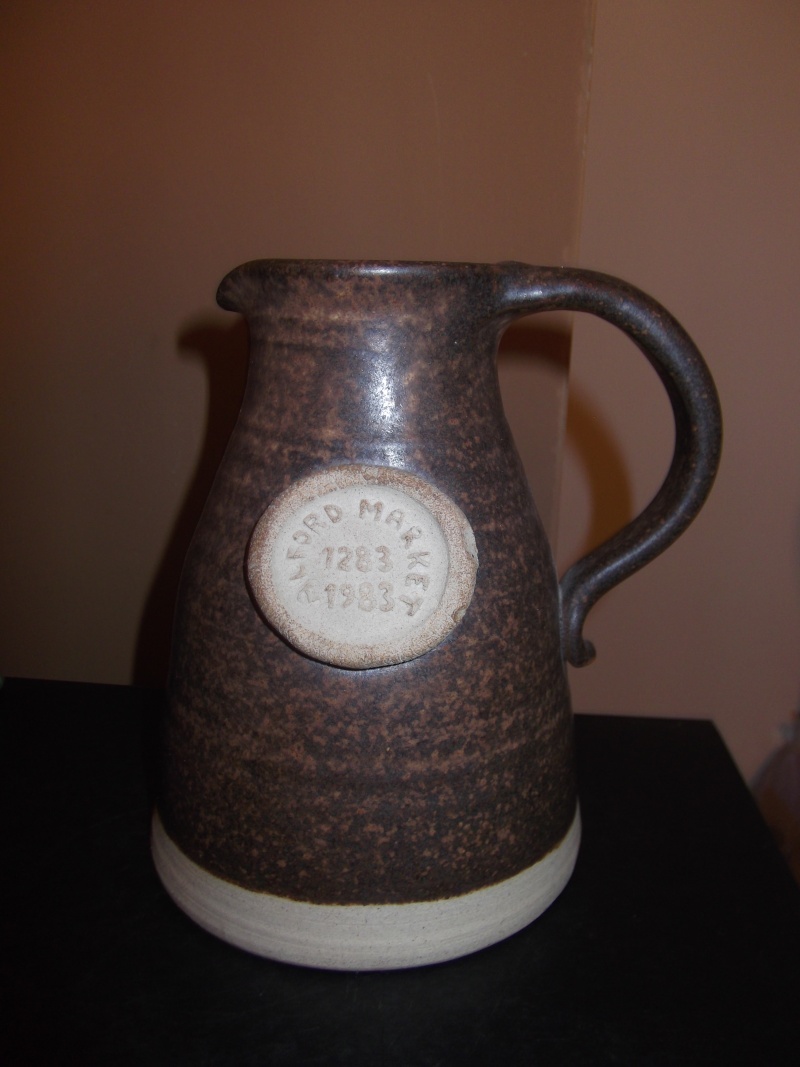 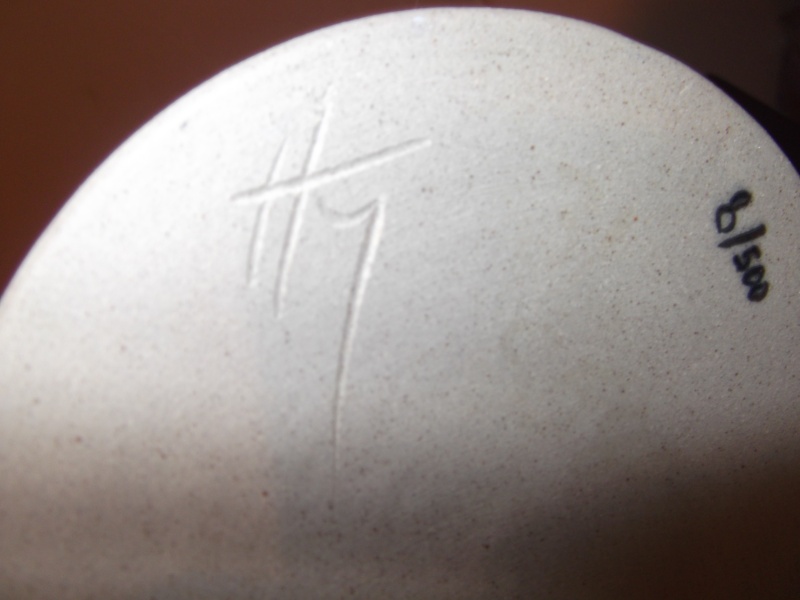 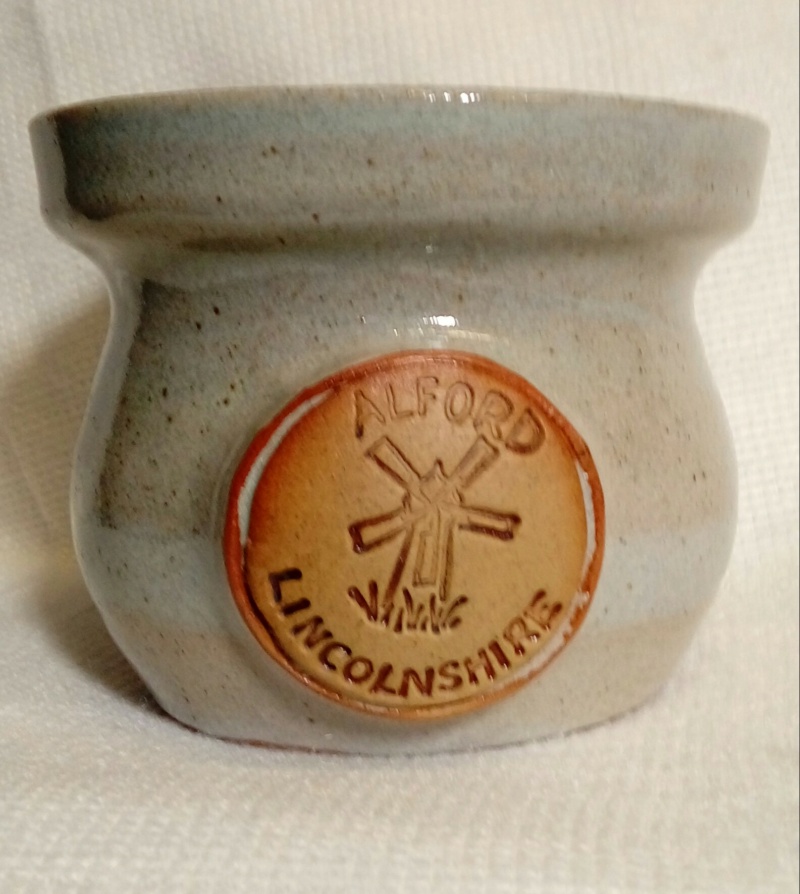 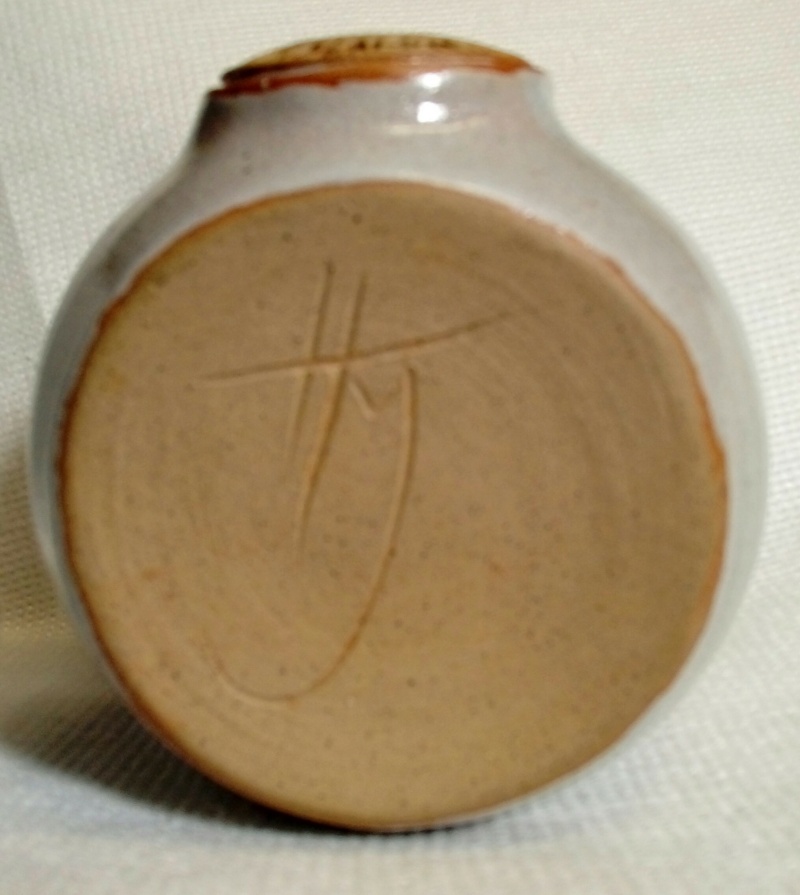 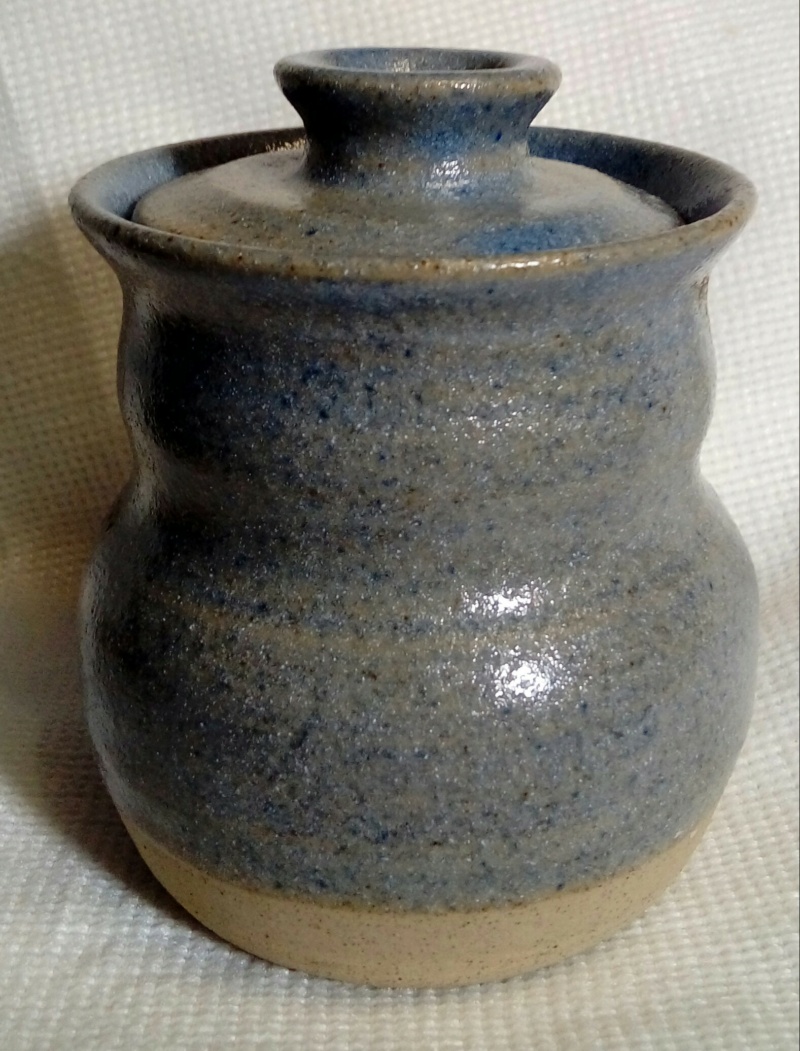 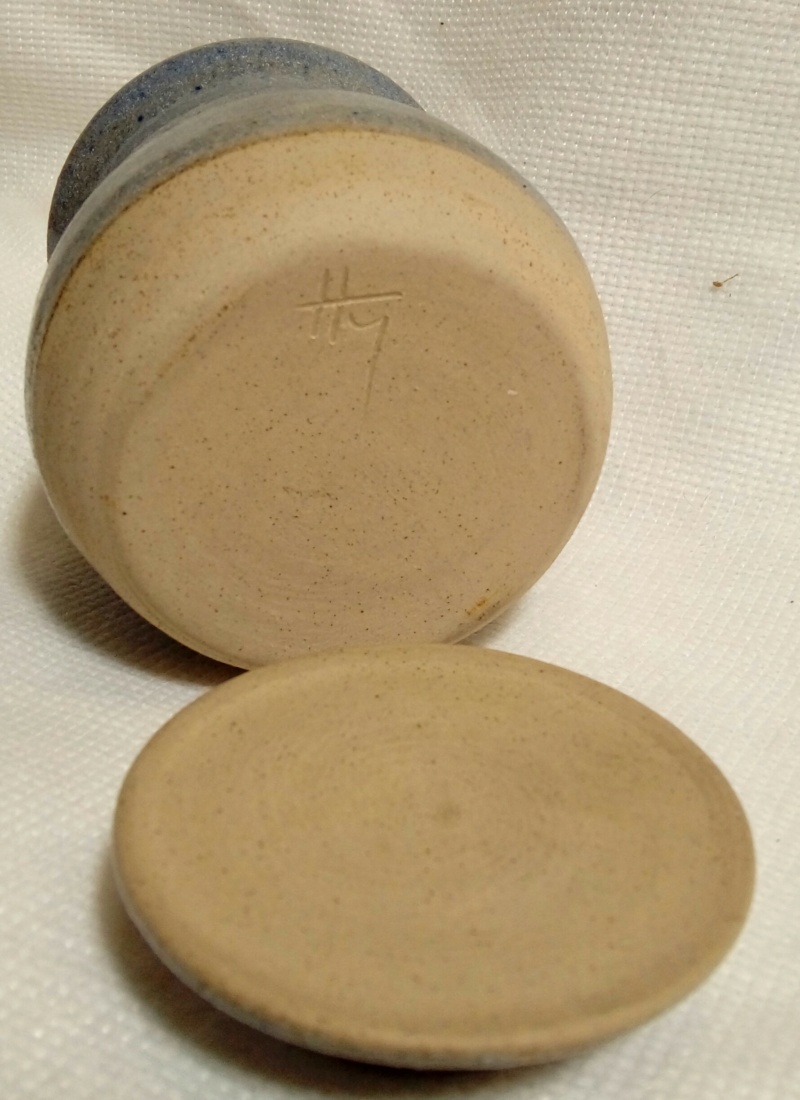 Looking at the differences in the marks - one is neat, with horizontal letters, a straight tail to the 'M', and is relatively small, while the other has more angled lettering with a bend to the tail, is not so neatly incised and pretty much fills the base - suggests that both Heather and Michael make (or made; are they still active?) their own pots rather than one potting and the other decorating.
If so, it would be nice to know which mark belongs to which potter.