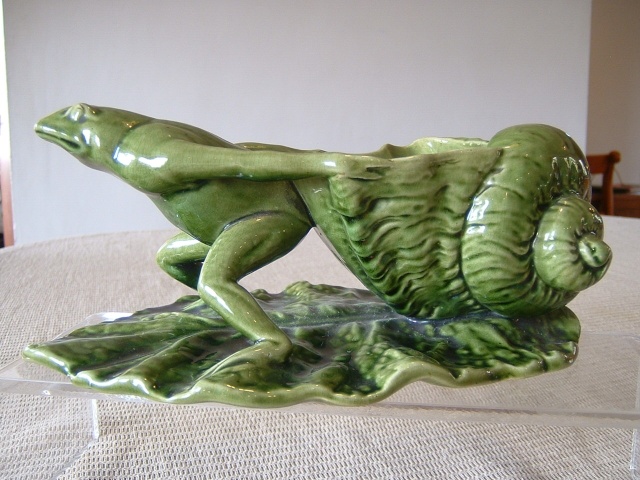 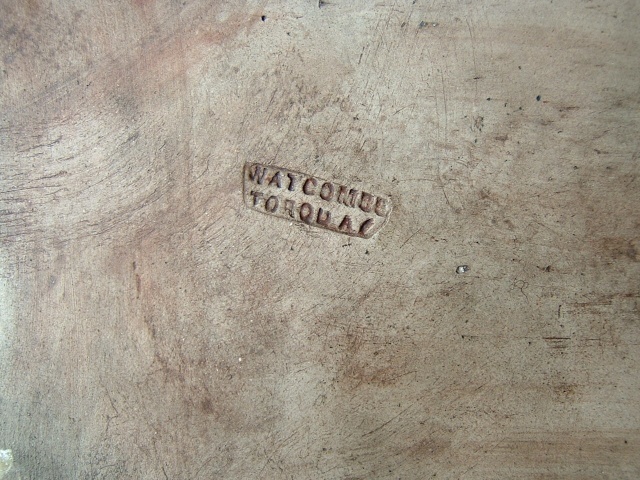 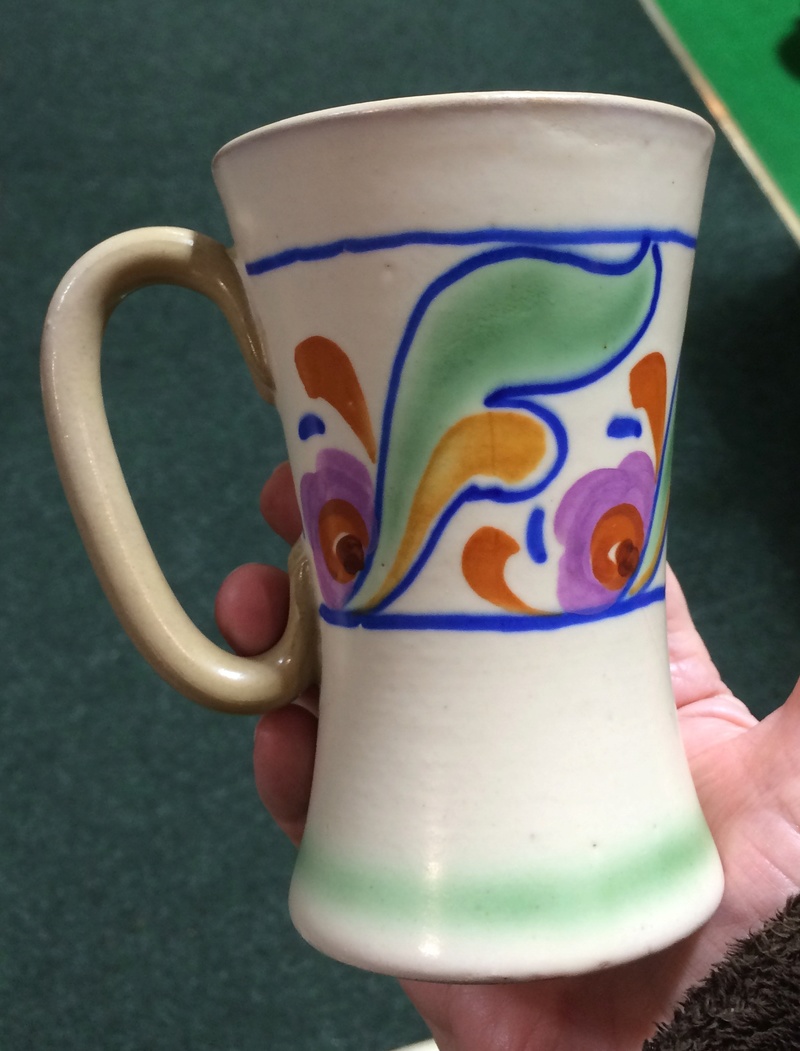 The two items shown here were in many respects produced by two different companies.

The frog and shell model was produced by the Watcombe Terra-Cotta Co. Ltd that was in existence from 1869 until 1901. The company by the turn of the century was in difficulty financially as well as artistically and was purchased by Hexter, Humpherson & Co Ltd in 1901 and then amalgamated with the Aller Vale Pottery Co. in 1903 to form the company Royal Aller Vale and Watcombe Pottery Co. This company continued until the end of September 1962 and the mug/tankard above would have been made in the last few years of that company's existence.
_________________
Now you should know by now that Potty and I need to see your bottom - we're funny that way!

I would have thought the mug was 1920s-30s, copying Honiton and early Poole designs. The handle, especially, is a throw back to Victorian designs
_________________
Just my personal opinion, take it or leave it.

Early Watcombe is very good with some great individual works of art. The post 1901 stuff is much more mass produced and is as has been said a very different company.

Apparently Charles Collard of Honiton was in charge of decorating at Watcombe early in the 1900s, hence the overlap in styles
_________________
Just my personal opinion, take it or leave it.

Collard was only there for just under a year.

He actually started his apprenticeship at Aller Vale Art Pottery in the late 1880s and continued to work there when it was taken over by Hexter, Humpherson & Co. in 1897. There he continued until the amalgamation of Aller Vale and Watcombe in 1901 when he was asked to move to Watcombe. Clearly he didn't like it there because by 1902 he was at Hart & Moist and again in less than a year he had moved to Longpark.

It wasn't until 1919 that Collard established the Honiton Pottery, so I imagine the similarity is due to his training at Aller Vale.
_________________
Now you should know by now that Potty and I need to see your bottom - we're funny that way!

Watcombe terracotta. This was the earliest, C1870s, many shapes and decorations
are attributed to Christopher Dresser. Mostly unmarked, the distinctive turquoise
enamel highlights are the giveaway. 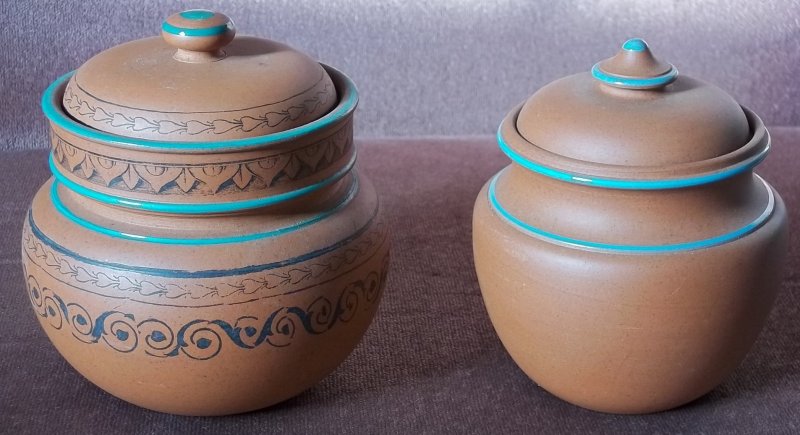 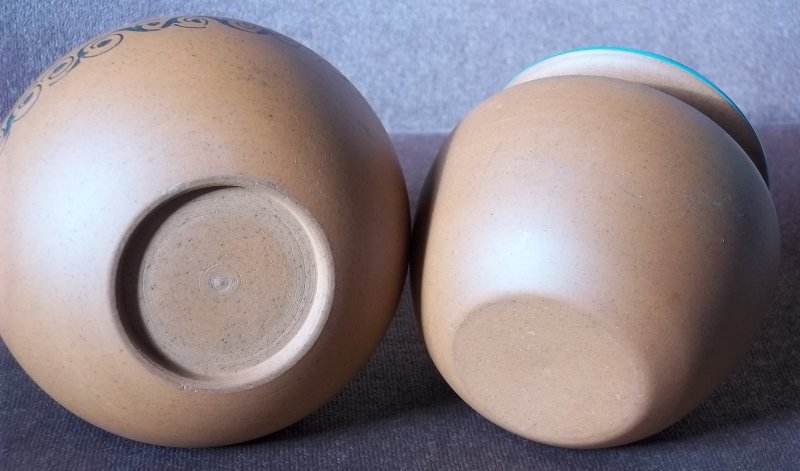 A nicely decorated pot, Impressed "WATCOMBE TORQUAY" and "MADE IN ENGLAND" in
a rectangle, probably 1901-1920. 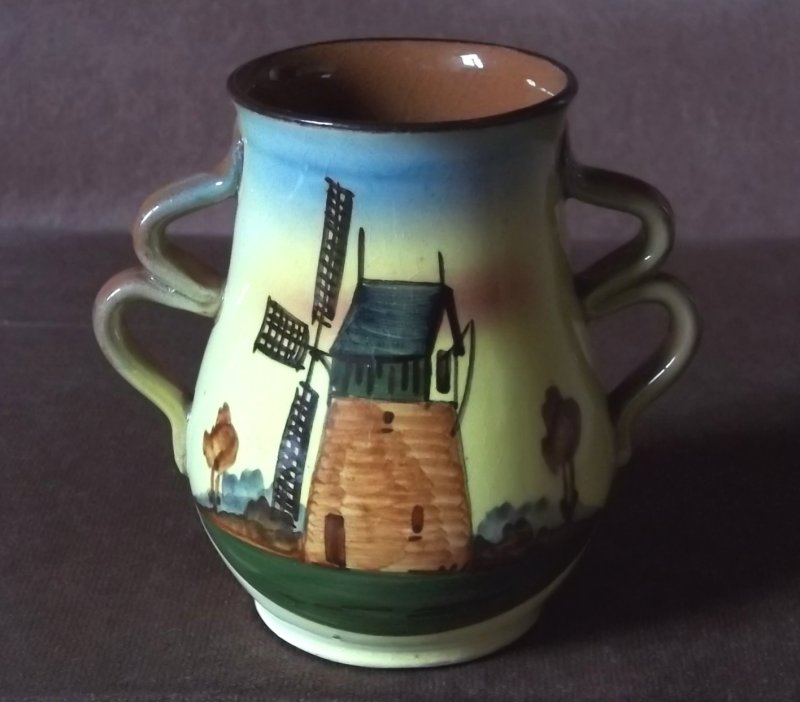 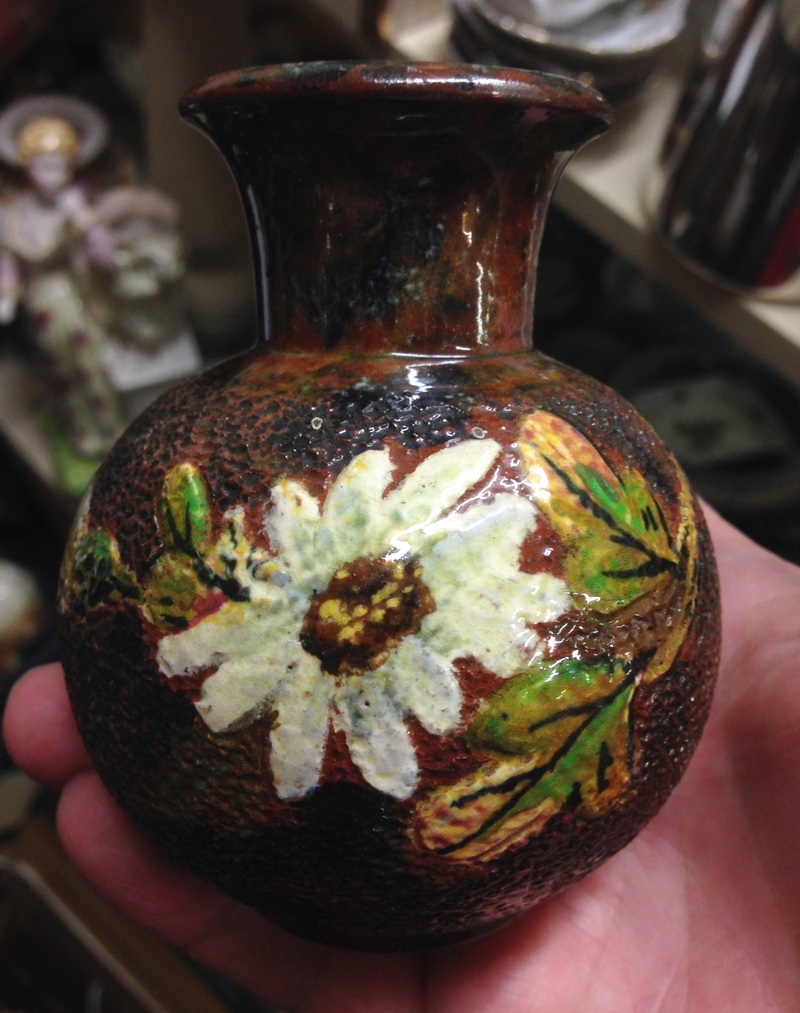 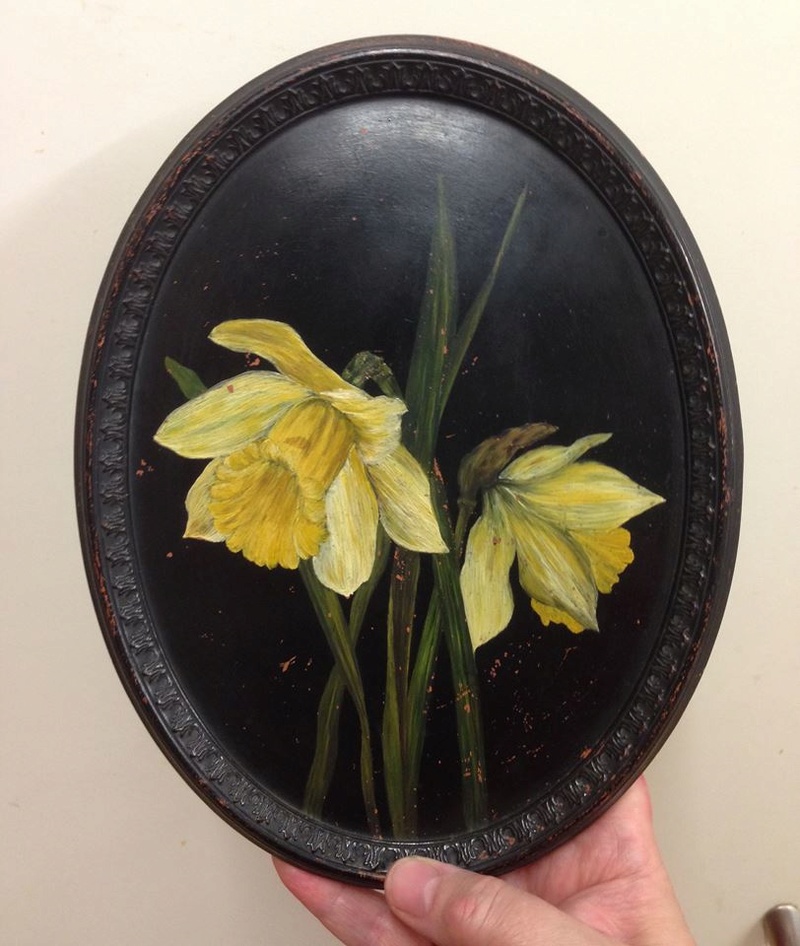 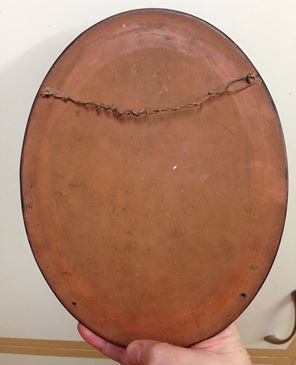 can you explain cold painted please? I have only heard that term associated with bronzes
_________________
"Changing your mind when you know what’s happening and you don’t like it. That’s what democracy is all about"

It’s the same thing. Painted with oil based paints or similar, and dried, rather than with enamels or coloured washes that are then fired. Dicker experimented with cold painted wares using the equivalent of car paints.
_________________
Just my personal opinion, take it or leave it.

Not much good for pottery as it's not waterproof. Earthenware body is porus and the paint is not very durable. So only decorative things then. 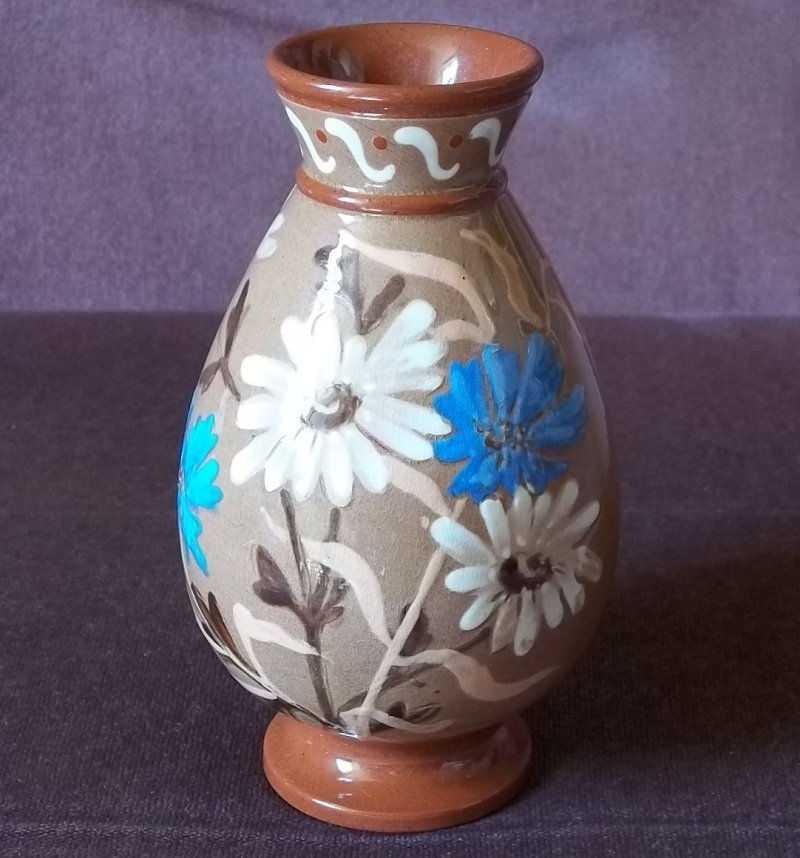 Attached are some pictures of a Watcombe Jug designed by Christopher Dresser. A lot of stray Watcombe gets Dressers name attached but its only these deep glazed designs that actually appear to be of him. They have a strange Oriental/Egyptian hybrid design, I have never seen one marked with anything but numbers in black. So far I have seen about five different versions from vases, to jugs and a teapot. All have the same black green brown colourway, the teapot has cranes flying and I have seen a jug with what looks like a ghostly person carrying a white baby in a papoose. They are all terribly rare and come from the very earliest period at Watcombe (I believe around 1880-90).

I have also what I believe to be a later version with less distinct moulding and not so good glaze but unsure if it is a competitor copy, a revival from a later worn out mould or something else entirely. I am not sure but when you sit them side by side you can see one is a very poor version of the other. 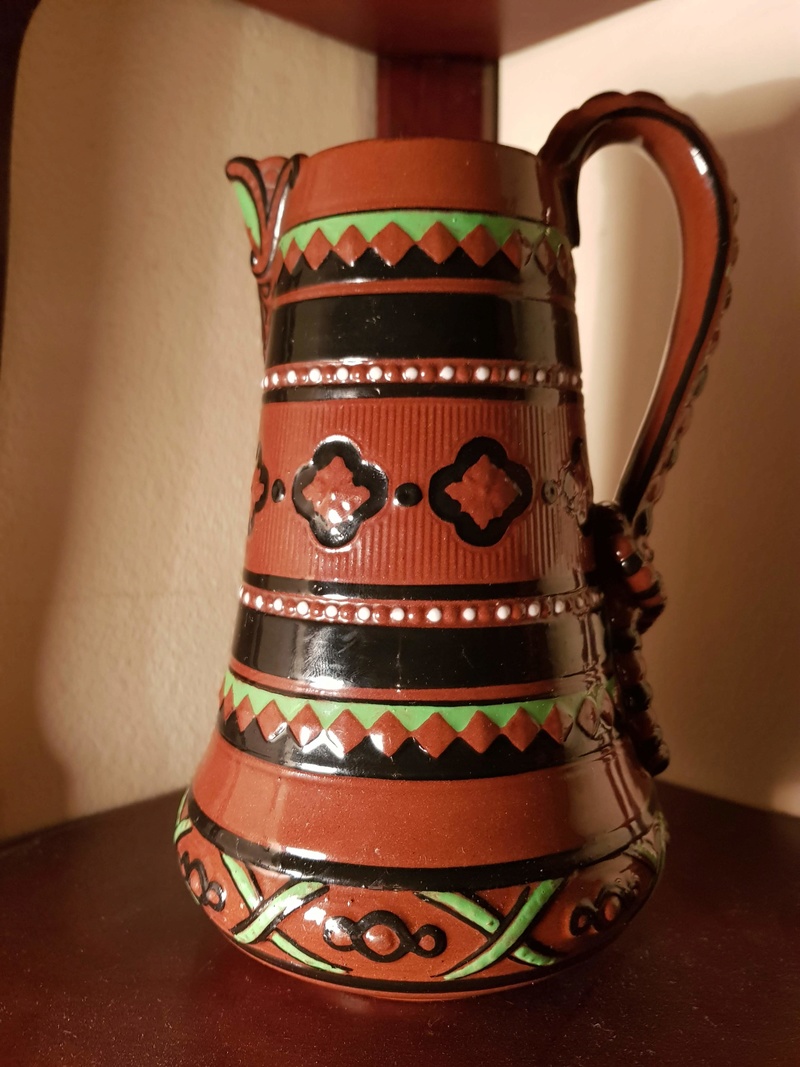 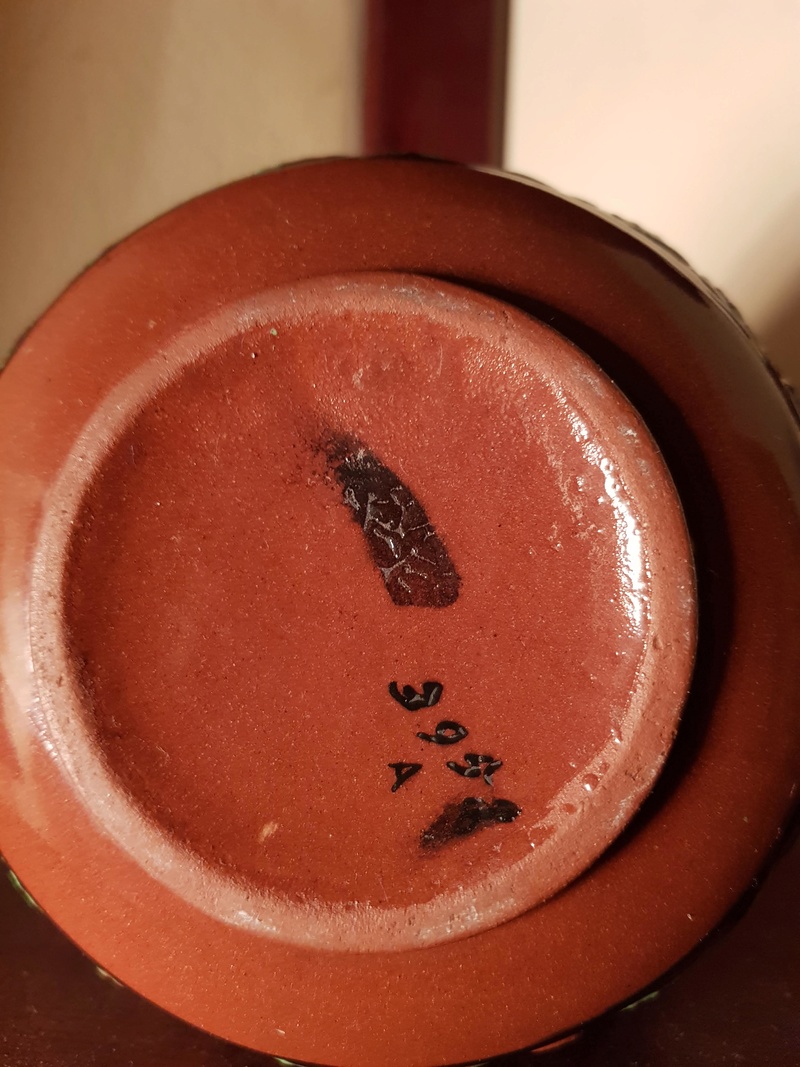 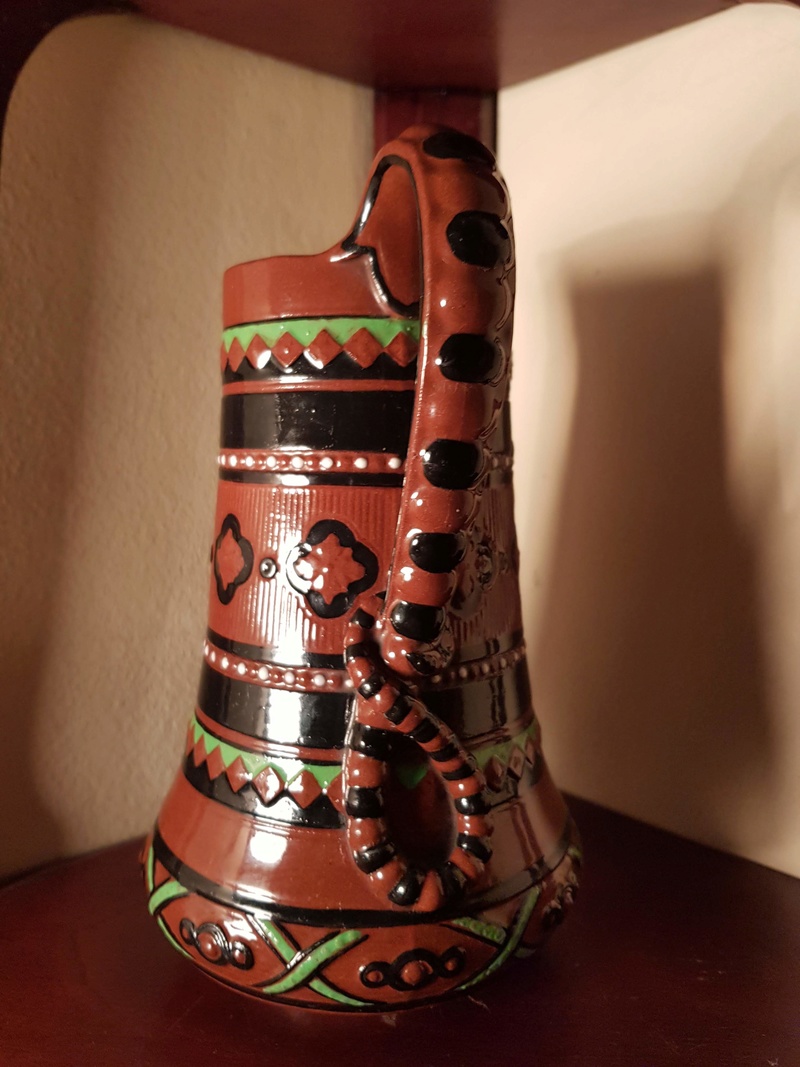 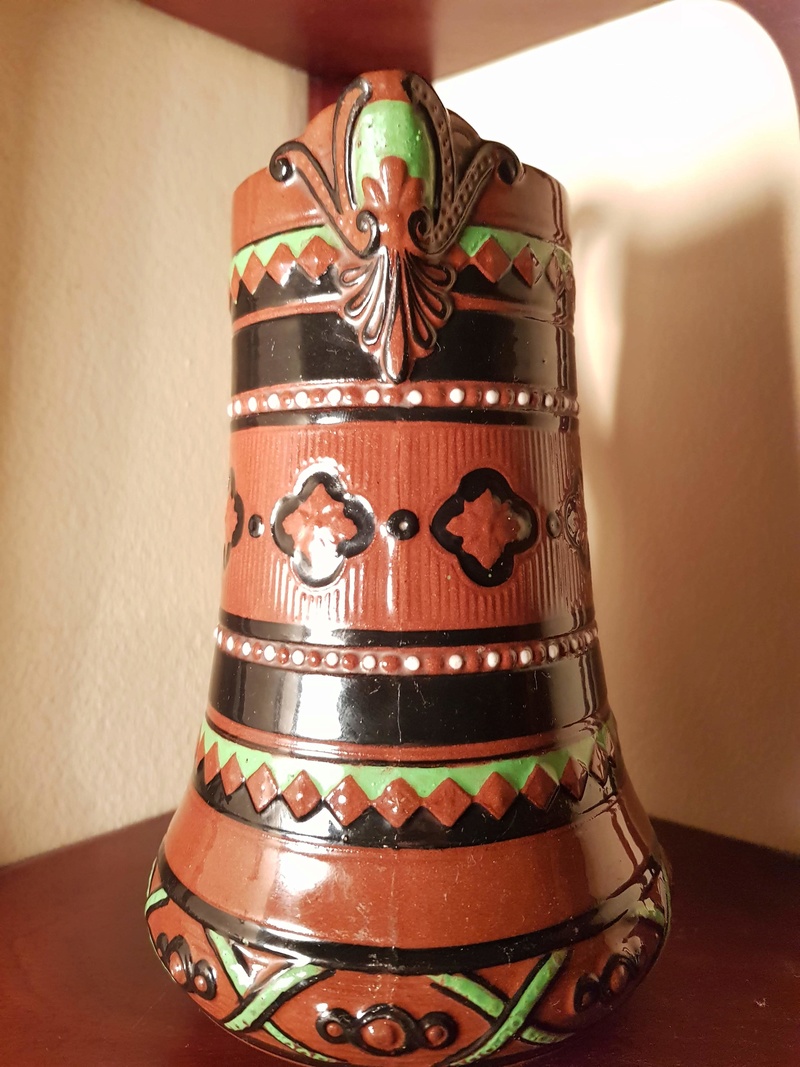 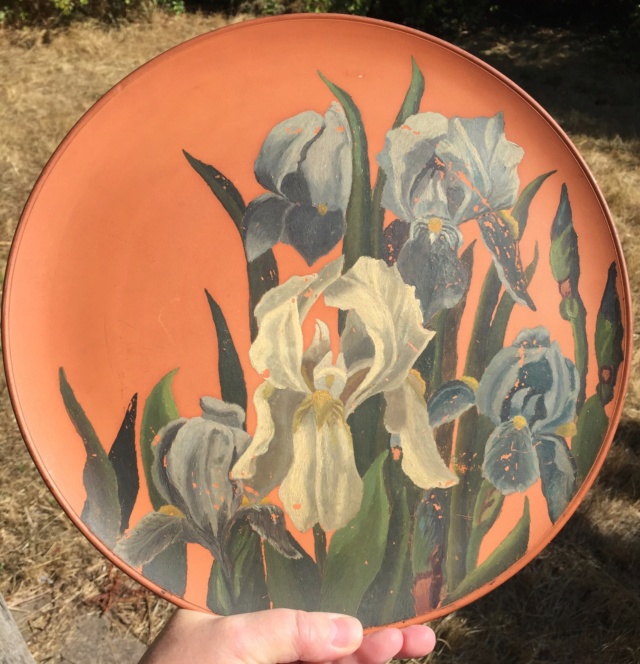 I have this terracotta vase that is hand signed on the bottom Watcombe Torquay England. I want to find out if this vase is genuine. I have searched and only found Watcombe pieces either with an ink stamped or impressed mark.  Is this real or fake? Thanks! 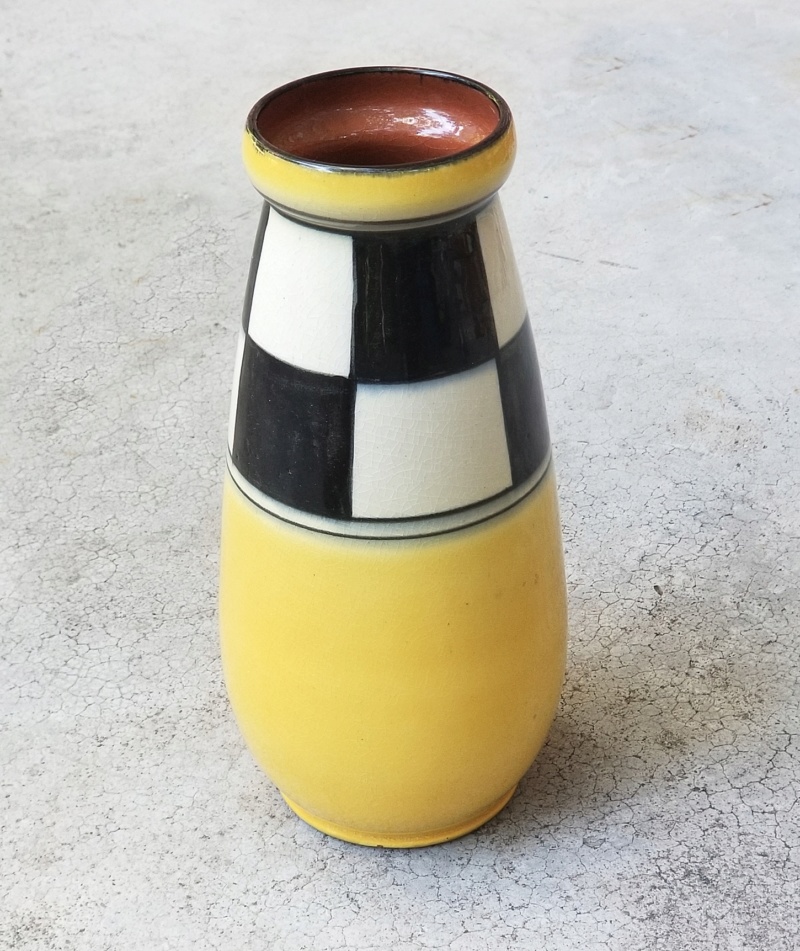 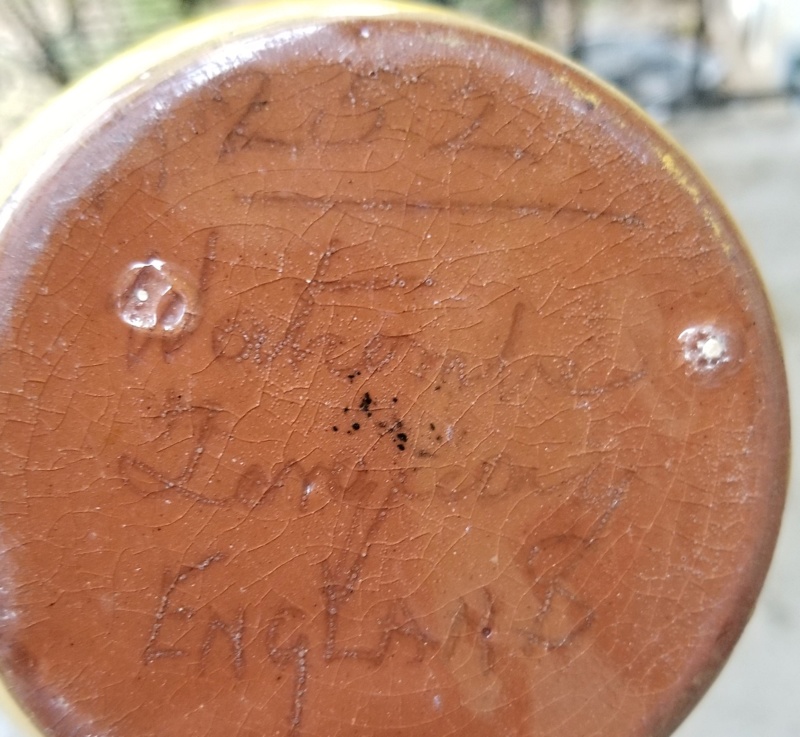 Definitely genuine. There are various Torquay ware collectors websites such as the torquaypottery.co.uk that you can check to see if they have this pattern number. If they don’t then they may appreciate copies of your photos to add to their database
_________________
Just my personal opinion, take it or leave it.

Thank you for verifying. Actually the website you suggested was one of the first places I searched for a hand signed piece but did find one. Guess they're going to have one now. Thanks again for your help!!!