I picked up a set of cute plates - large (about 8" square) and small (about 5" square) at an estate sale. They seemed old but the more I look at them the more I wonder. There are some scuffs, crackle in the glaze, glaze impurities. But the impurities look almost intentional. There are also visible pontil marks - but for some reason on the front, not the back. All plates also have holes for wire hangers.

Is it tourist ware? Even if so, where could it be from? 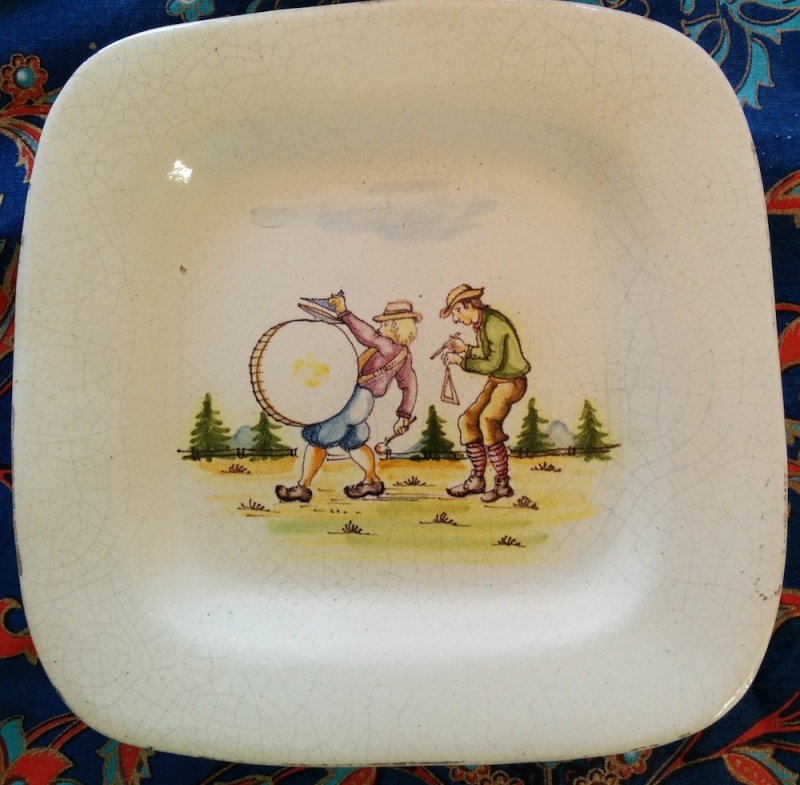 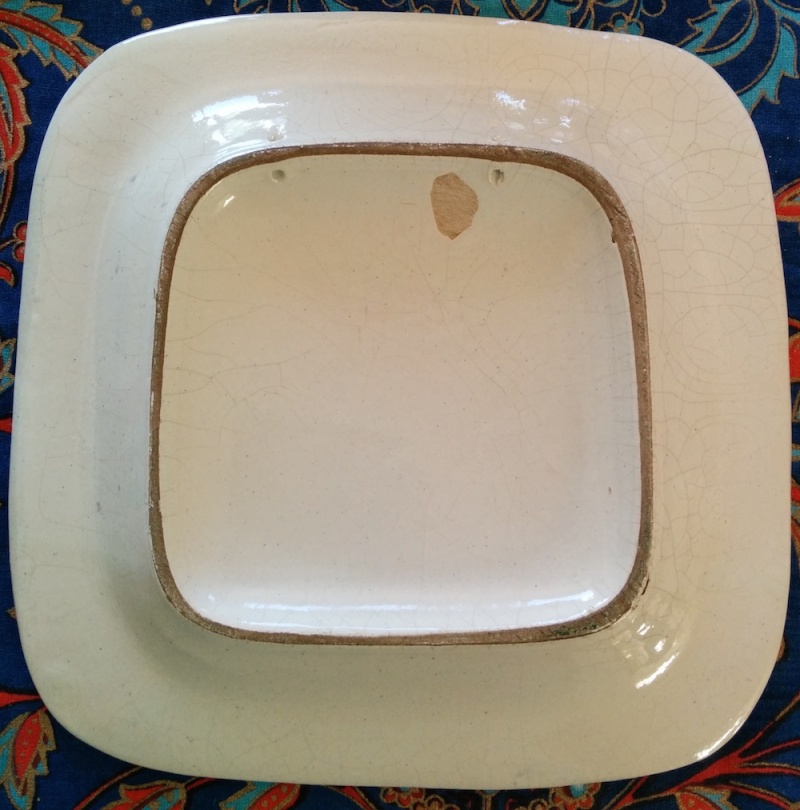 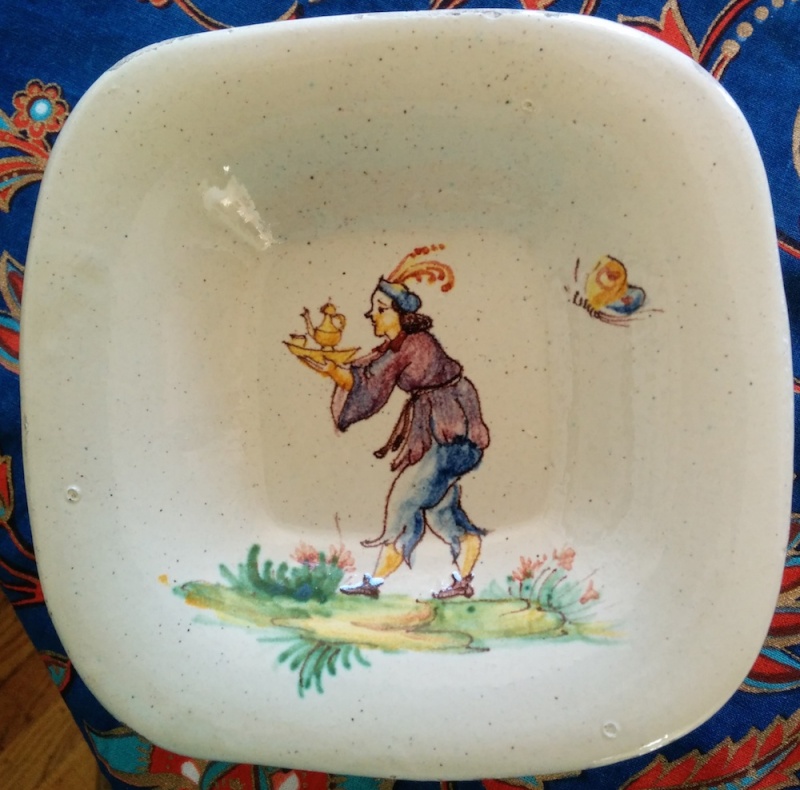 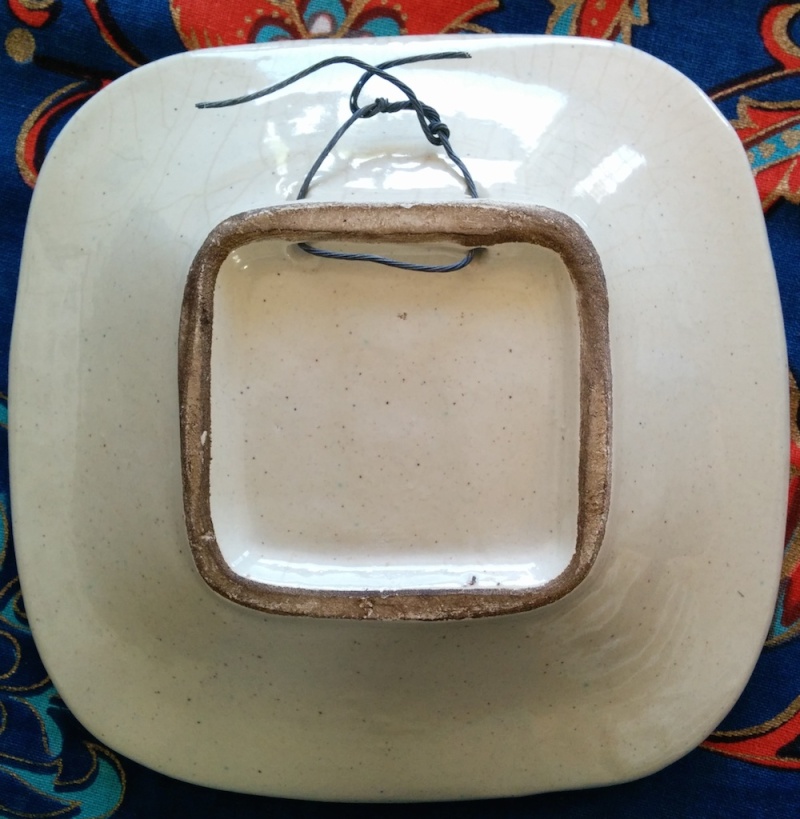 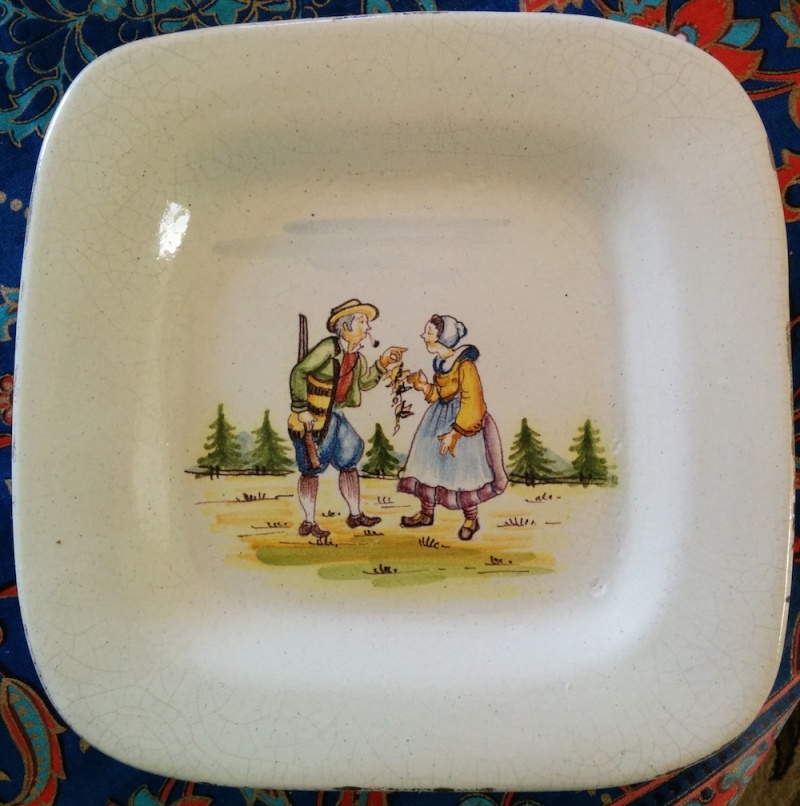 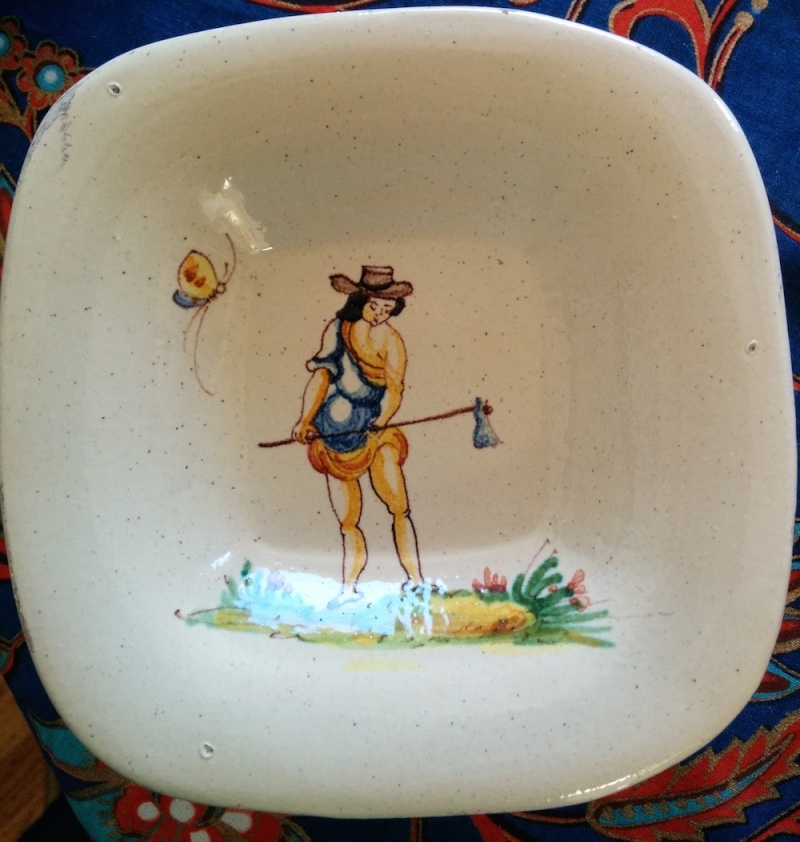 They look old. From the photos they look handpainted. As there's no mark on the back it implies they are pre-1920s before they had to be marked for export. (However, as they are domestic wares made for use internally rather than for export this may explain why they're not marked). They might be late 19th Century - early 19th Century - maybe they can be dated from the costumes?
Stilt marks on the front of the plates are not unusual, it just shows how the items were stacked in the kiln - presumably the ones on the back were resting on the foot rim which is why you cant see them.
My only concern is the holes for hanging look too clean. If the items have been hanging on the wall one would expect a black sooty deposits to build up inside them. But maybe it just means they were packed away and never used.
As for country of origin, the costumes look a little Bavarian rather than your traditional Quimper or Delft. Maybe French/German border? Maybe Breton? I don't know.
_________________
Carrot cake is just fake cake

Thank you, NaomiM! I think I'd expect to see a lot more Lederhosen if they were Bavarian... I was leaning towards French, but I really have no clue.

If you only had the second and forth ones I may have suggested Italian maiolica (tin glazed). They are not patterns I've come across before. French Faience / maiolica is still your best bet.
_________________
Carrot cake is just fake cake

these kind of don't sit right as old, in the sense of old as 18th/19th century to me.

The holes in the back are traditional and been used for hundreds of years because people couldn't afford - or didn't have room for - storage cupboards so they hung their pots on the walls. A traditional form that's continued into tourist ware .
_________________
Carrot cake is just fake cake

The thing that I find suspicious is all the little dots in the glaze. They look like impurities at first, but they are all actually different colors - blue, red, brown etc. As if someone added them intentionally. Would they have done that back in the day?

I have a lot more of these with different images - happy to upload the photos if it's at all helpful.

I doubt the pottery was very clean. They probably got powdered paint particles in the clear glaze.
_________________
Carrot cake is just fake cake

just a guess but check out item 261414132885 on ebay, there is a distinct likeness but they look a little Frenchy too me too