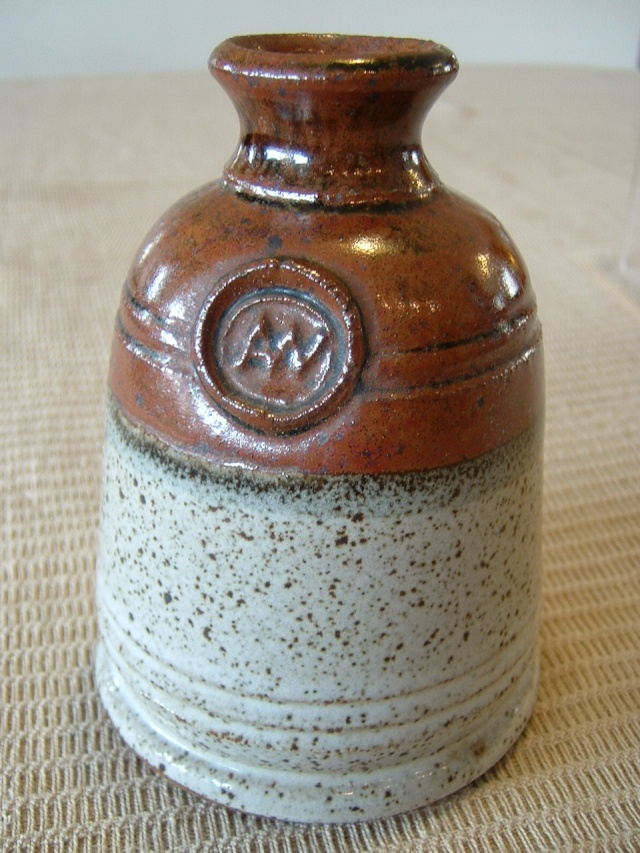 sure we had this mark before , but I can't recall .

Found a little info about him (off ebay, so needs verification).

Andrew Watts had his own pottery at Lavender Hill London between 1976 -1981 , he then moved to Lannock Pottery Hitchen .

However he decided to stop potting in the mid 1990's and is now the Ceramics Development Officer at Stoke-on-Trent Potteries Museum.