Does anyone have any further info on the pottery ?
I love the glaze and understand the shape was probably based on an ancient, classical design.
Is it collectable/ worth anything? I'm tempted to keep it

The Upchurch Pottery, where your two handled vase was made, was started by the brothers Seymour and Sidney Wakeley in 1913 and continued until 1963 at the small village of Upchurch near Rainham in Kent.

By 1909 they were also manufacturing bricks and it was probably through Seymour that they began producing art pottery in 1913. He was interested in aviation and through that became friendly with Reginald Wells, who had started a pottery nearby in West Malling, Kent a few years previously but by this time had moved to Chelsea.

Like the Wakeleys, Wells wasn't able to pot and had employed Edward J. Baker (1876 - 1955) to run the pottery and teach him the ropes. By 1913 Wells throught that he knew what it was all about and so Baker "was available" and was hired by the Wakeleys.

Although it has been said that the Arts & Crafts designer, Edward Spencer, designed some of the shapes I believe that unlikely, as Spencer's metalwork for which he is famous is far more elaborate. Most likely that was left to Baker, using illustrations of ancient Greek and Roman pottery as his inspiration.

Over the years the pottery was owned by a number of individuals, including Edward Baker. In fact it was his son, William, who had worked at the Fulham Pottery, that was in charge when it closed in 1963.

The marks used at the pottery were the incised Upchurch as shown on the vase at the top of this thread and an impressed UPCHURCH, which is found on later examples.

Also when the pottery was owned by Alice Buxton Winnecott between 1938 and 1953 a line of "contemporary shapes" with matt glazes was introduced and these were impressed CLAVERDON.
_________________
Now you should know by now that Potty and I need to see your bottom - we're funny that way!

In 1936 the pottery was bought by Oscar and Grace Davies, who retained the services of Baker as manager. Two years later they re-sold the pottery to Alice Buxton Winnecott, and still Edward Baker stayed in charge. Miss Winnecott introduced the Claverdon range of tableware and decorative items. 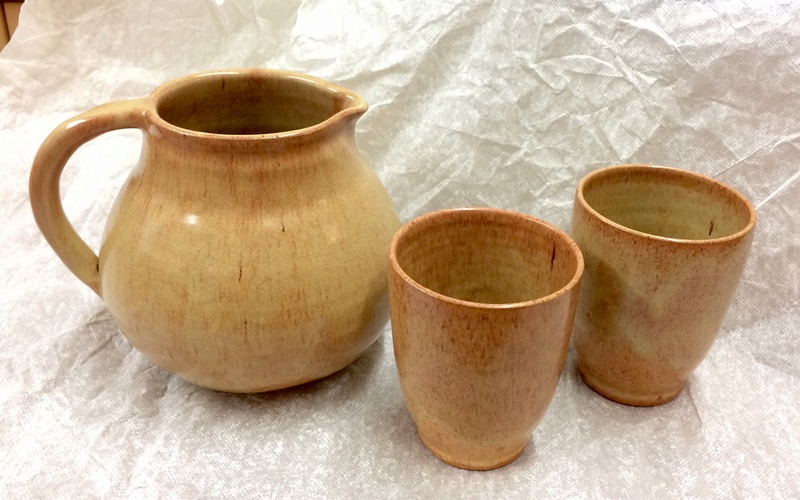 Edward Baker was important to them all, as he could throw pots extremely well and fast. They couldn't.
_________________
Now you should know by now that Potty and I need to see your bottom - we're funny that way! 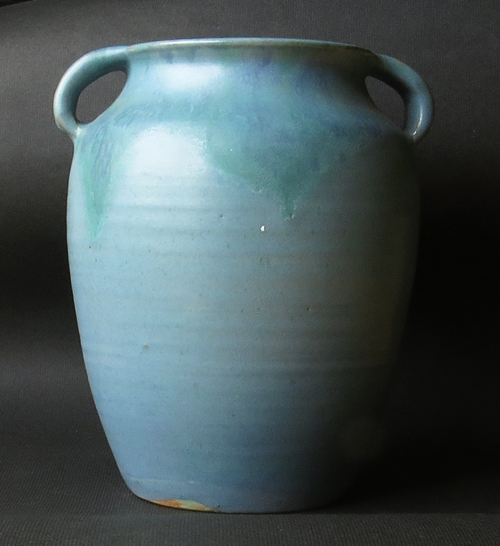 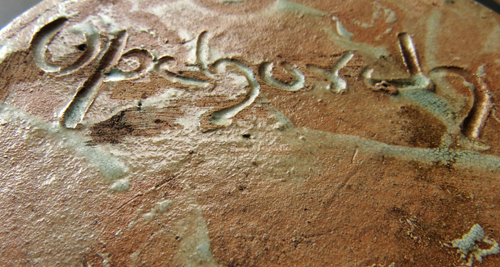 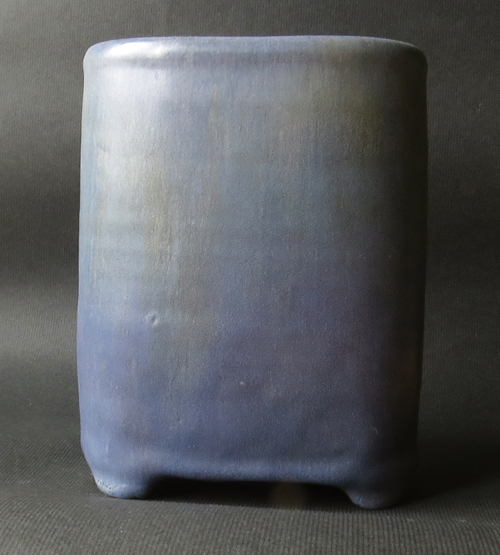 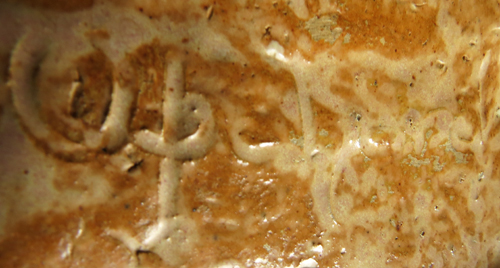 It's been a while since I've needed the assistance of the forum but really struggling with a couple of pots.

First, a neo-classical style vase standing about 26cm tall.  Barely-distinguishable mark to base.

Can anyone help identify, please?

That base reads Upchurch in a rolling script. First half of the 20th century, art pottery and well regarded. Google will bury you in similar items and more information than most would want

Wanted to add if your selling it you will be very happy. Prices seem to be very good on the old bay-o-meter

I'm not really interested in selling. I just liked it.

All the best,
Greenie

Short biography of Alice Buxton Winnicott, one of the owners of the pottery (note correct spelling: she was married to the psychoanalyst Donald Winnicott.)
https://artuk.org/discover/stories/artist-in-focus-alice-buxton-winnicott

During and after the First World War she worked as a research assistant at the National Physical Laboratory "carrying out research into ceramics and optical glass", before turning to art. 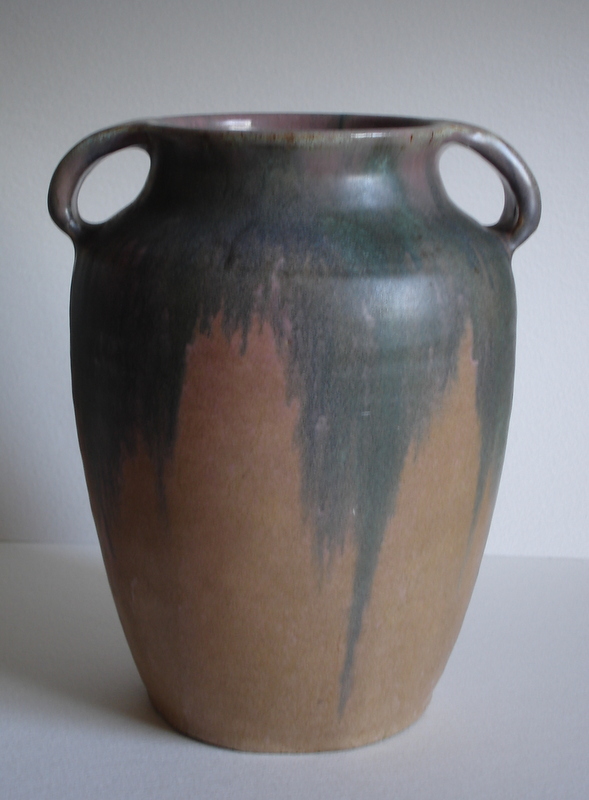 Hi
Does anyone know this pottery??
Thank you 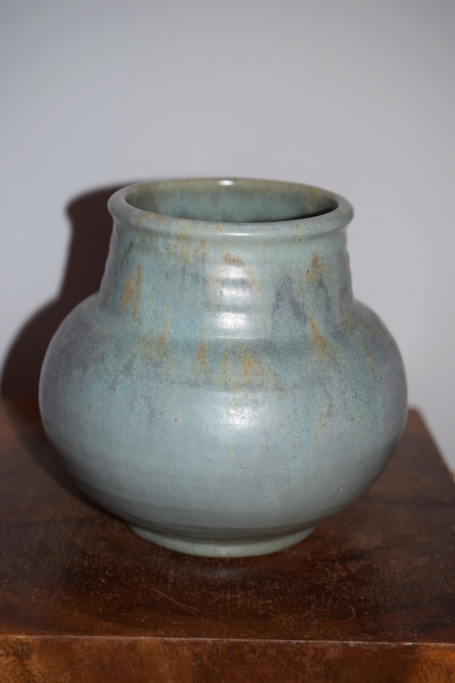 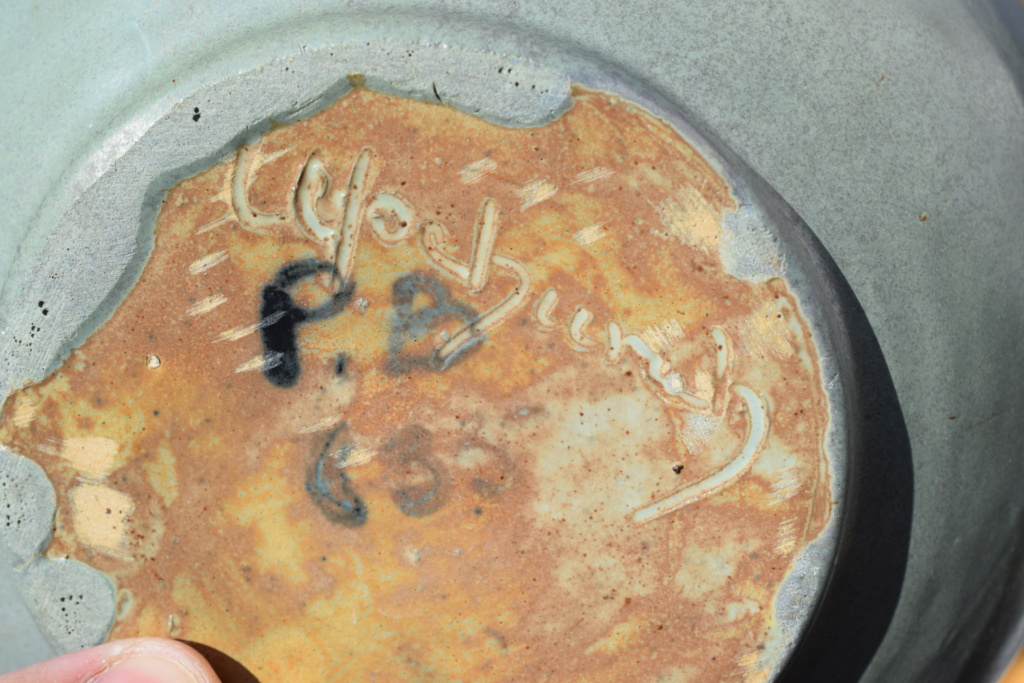 Some more Claverdon pieces, all rather plain and utilitarian.

A Lemonade set (Yes I know, missing a beaker). 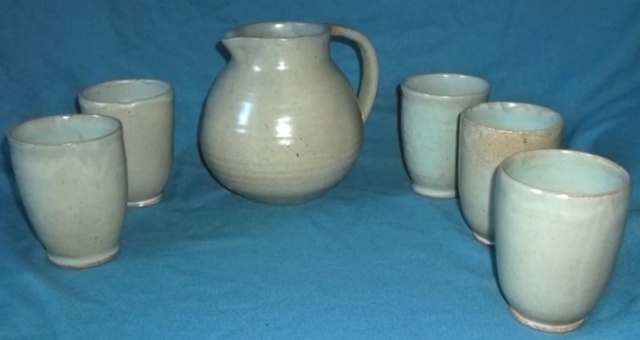 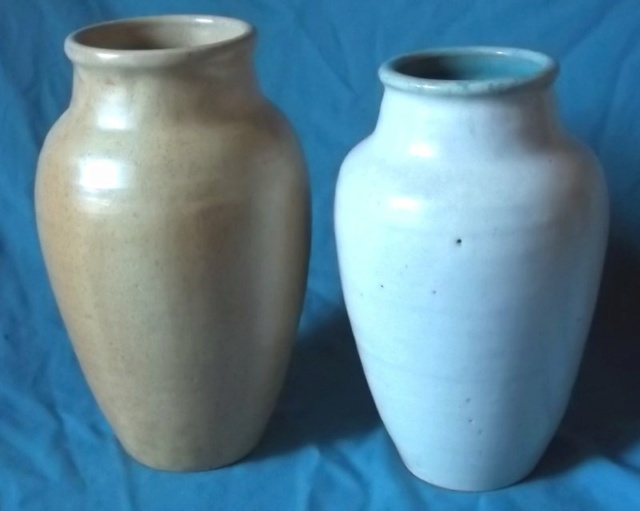 A medium and a small jug. 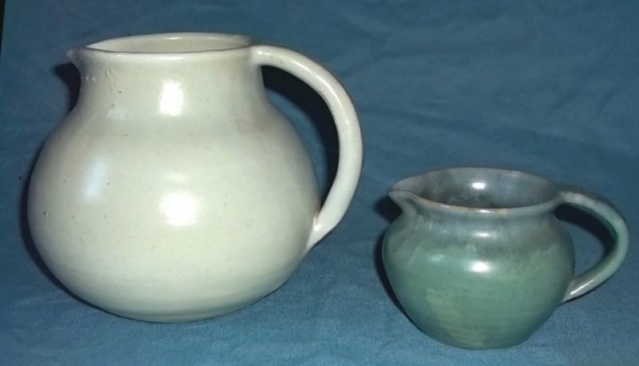 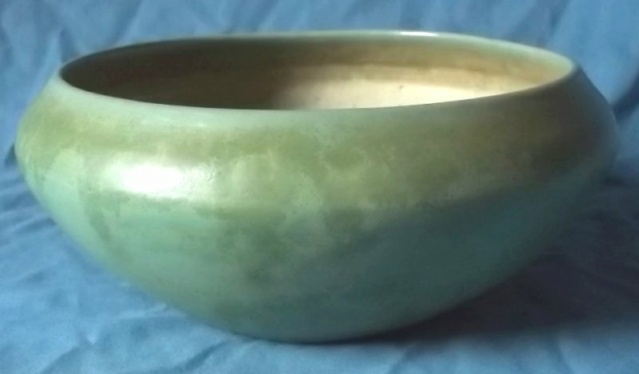 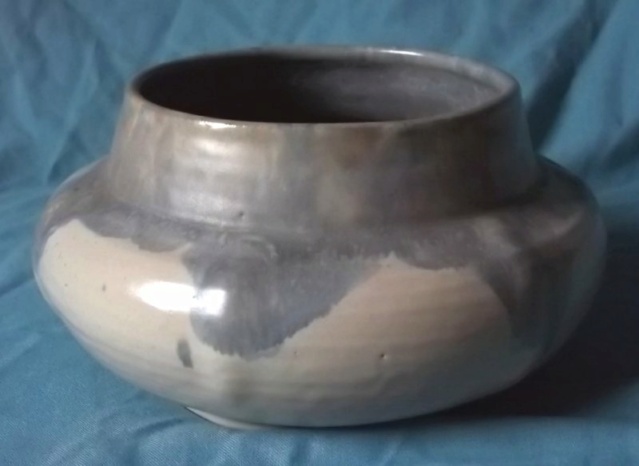 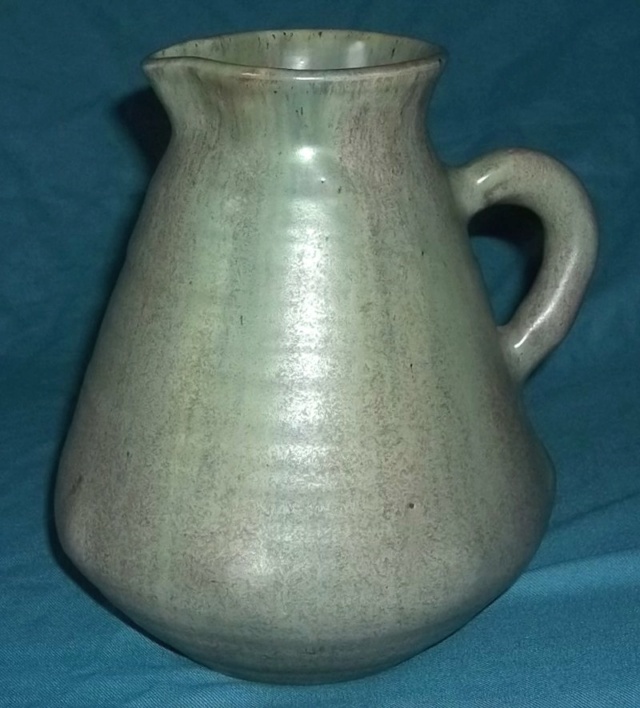 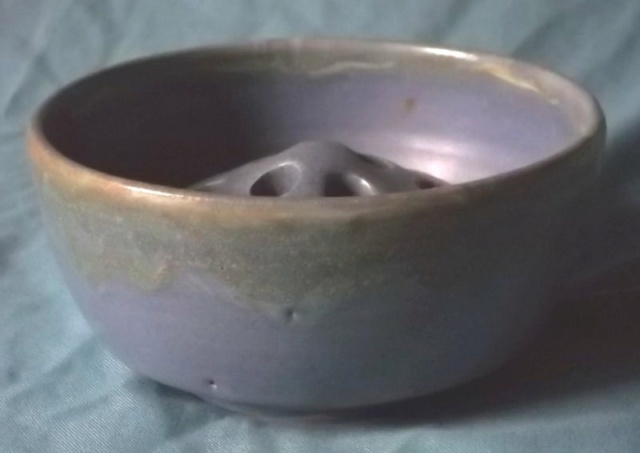 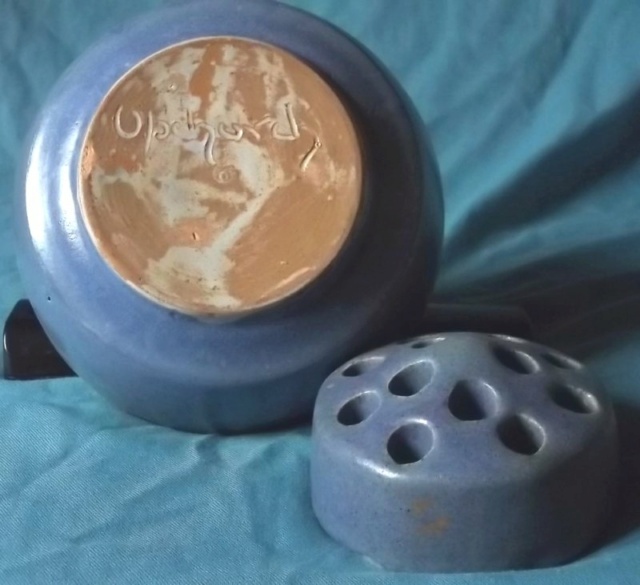