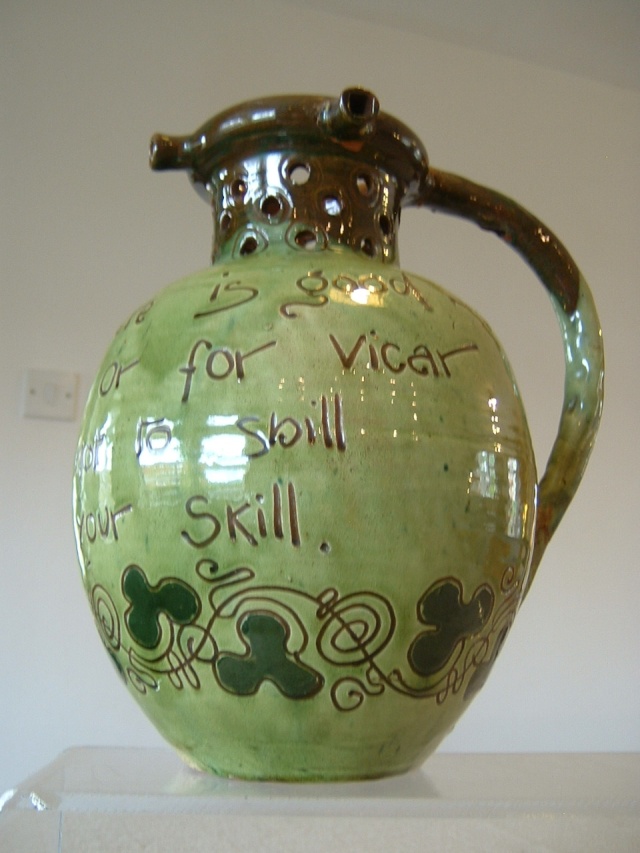 Not really my cup of tea this piece but I do adore the colour. The base seems to have Bama then 94 then Bama again plus another word. Any ideas? 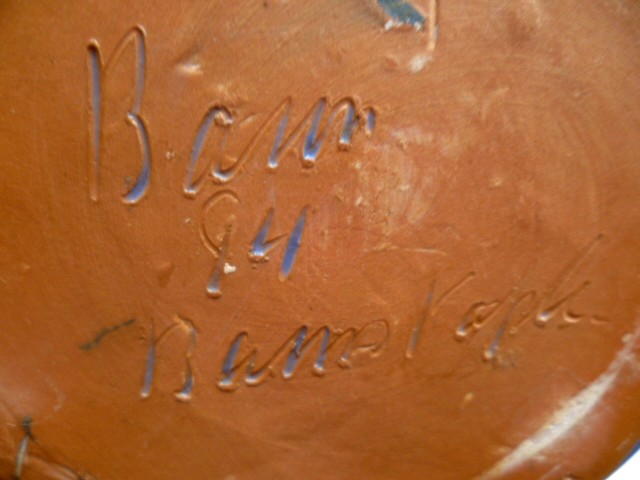 I think it's Baron Barnstaple. 94 might be a date (1894) or pattern number. The inscribed CP is typical of their work.

I dismissed Barnstable reading didn't think of Barnstaple, nice one cheers. What does the CP stand for

Were they Politically Correct a 120 years ago?

NaomiM wrote:I think it's Baron Barnstaple. 94 might be a date (1894) or pattern number. The inscribed CP is typical of their work.

The number is the pattern/shape number. I believe that not many pieces from William Baron's Rolle Quay Art Pottery were dated and the ones that have been recorded have the full date e.g. 1896.

I took it as 1893 but I can see it is more likely a code number - http://www.studiopottery.com/cgi-bin/mp.cgi?item=335 other pieces I have now seen are marked 84 and this could be a mis shapped 8 and 4 on mine

Vase with applied 3D lizard, or maybe a newt?

I'm not sure Baron ever used the Roman "Barum" as part of the mark, unlike
Brannam who used both, and Lauder, who only used it, instead of Barnstaple.

They are Baron of Barnstaple, so I was suggesting this thread title is sort of wrong.
I think it's just the handwriting Naomi.
Eg, the Edgler book shows no "Barum" in any Baron marks, just Barnstaple

I wonder if that unusual motto refers to WW1?

Possibly an apprentice piece or the 'Msg' means it's a message; possibly a love token or a birth? 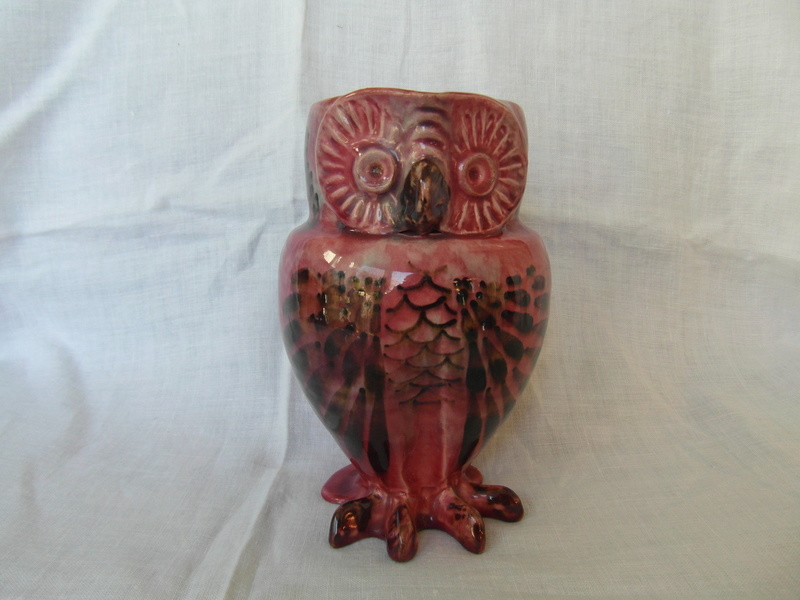 Wow, can't you learn some stuff when you want to. All that about the near murderous rivalry between Baron and Brannam in the same town
in Devon. I think that this may be an example of Baron trying to put one over on CHB but I may have got it the wrong way round.
As far as I can make out both were making owl jugs; both were using the pink glaze and both were sticking glass eyes in place after the firings.
This has the residue of some sort of glue around the eyes although the glass eyes have departed. The character of the modelling is a bit special
although more startled, not as mournful as my Farnham owls. I suppose, from an aviapomorphic point of view, I might be a bit startled if I was an owl and I was pink.
He looks like he might have accidentally landed on a barbed-wire fence in the dark.

Had a few of these in the past. My father is and has been one of the main Barnstable pottery dealers for the last 20 years. I have had many long conversations with well known collectors of these companies.

This owl I am pretty sure is from the 1920's. Like Brannam, Baron started making these novelty jugs/ bowls just before 1900. They has lots of detail and funny expressions. As time went on they lost detail, colours and of course the eyes. The big drop was of course WW1, post that its pretty basic utility or novelty items from all the factories in the area. This could have been a copy of the more popular Brannam one sold in stores like libertys and later made by Farnham. Or could simple be an easy to make and cheaper version for locals. I have had them in several colours and even had two that had a multi coloured brown and green stripe effect like some traditional country pottery. They have always been popular and carry a surprisingly high cost if you want to add to your collection. Put it this way, this little owl is probably worth it's weight in silver

I wonder if that unusual motto refers to WW1?

Late to the party hear but no. This is suffragette related message. It only appears on moto tourist items around 1900 and of course is a joke on hen pecked husbands and women wanting the vote. A cash in on what was in the news of the day rather than a serious bit of commentary. 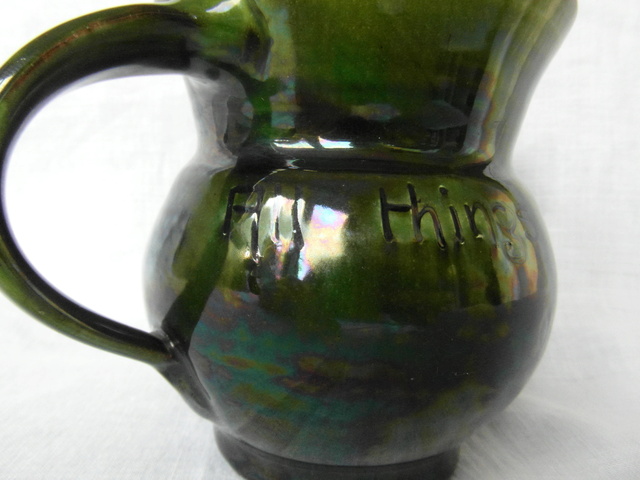 "All things come to those who wait on themselves"
I can't help feeling that the last two words should be in brackets. 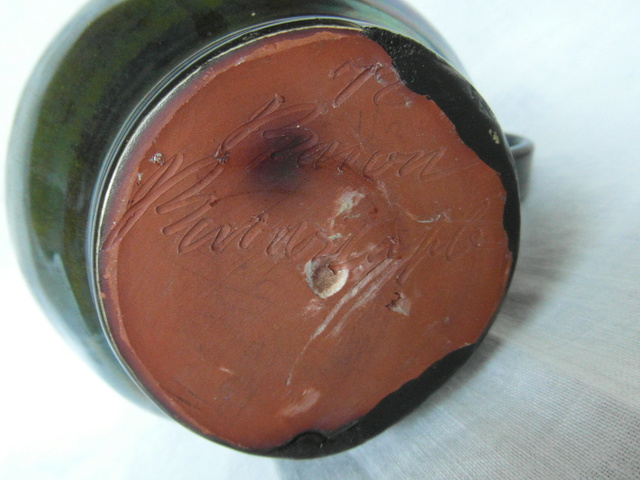