A recent find and I have to say I really love it. Anyone know this mark? 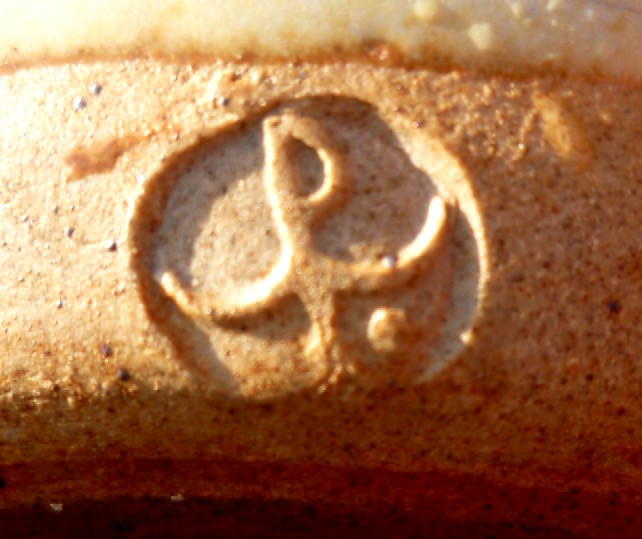 Excellent find! Winchcombe pottery, and I think the dot means this was made by Ray Finch himself.

Nice one thanks. I cross checked and you are correct. You know the fish dish on sold items on eBay, it was there or rather a smaller round version was also but I didn't buy it. :0)

The stoneware coffee pot was made by Ray Finch at the Winchcombe Pottery as r-and-f stated and it would have been made from the late 1970s onwards when Ray used this mark.

However in order that there isn't any confusion if someone happens upon this thread in the future, it is worth pointing out that if this had been an earthenware teapot made at Winchcombe by Ray the mark would have been different.

Thanks SP, this begs the question, in what way would the mark be different? Would it have been the Winchcombe mark plus Ray Finche's rf personal seal?

I thought that I had got away without answering that!

When Ray went to Winchcombe in the late 1930s he couldn't really thrown so the Winchcombe seal plus rf or RF would be very unlikely to have been seen on teapots.

The next mark that he used from 1949 and during the early 1950s was a large W with the P down the centre and R to the left of the top of the P and F to the right. This would have been possible.

However, most likely it would have been marked with a pointed W and the P down the centre but with the downstroke of the P barely extending below the centre of the W.

I don't have images I'm afraid so that's the best that I can do.

There are pictures of Ray's marks in the book Ray Finch: Craftsman potter of the modern age by John Edgeler
_________________
Now you should know by now that Potty and I need to see your bottom - we're funny that way!

The photo colour is slightly off as it was more a light earthy brown with speckles.

I'm really staggered that there is no Thread on Ray Finch.Certainly one of the longest practicing of 20th century Potters. Perhaps his very self-effacing nature,and his essential nature as Winchcombe pottery itself,masks just how good a potter he was.

This is an early pre-war bowl,from his very 1st years at Winchcombe. 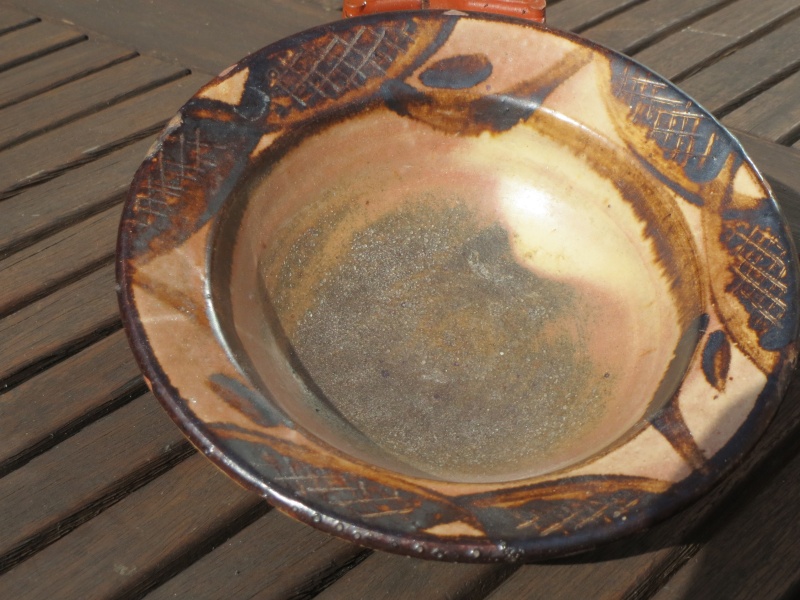 Here is the thread for Winchcombe Pottery: 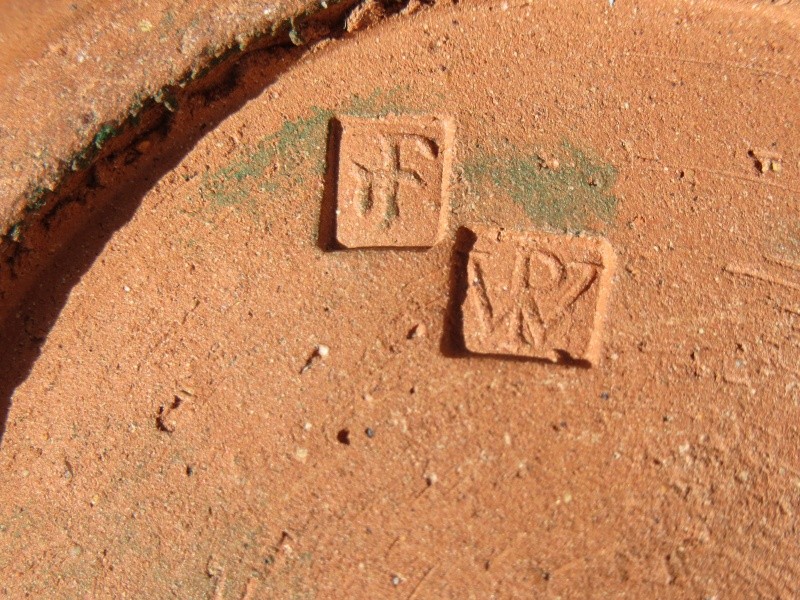 Ray Finch's jugs stand up there with the best. 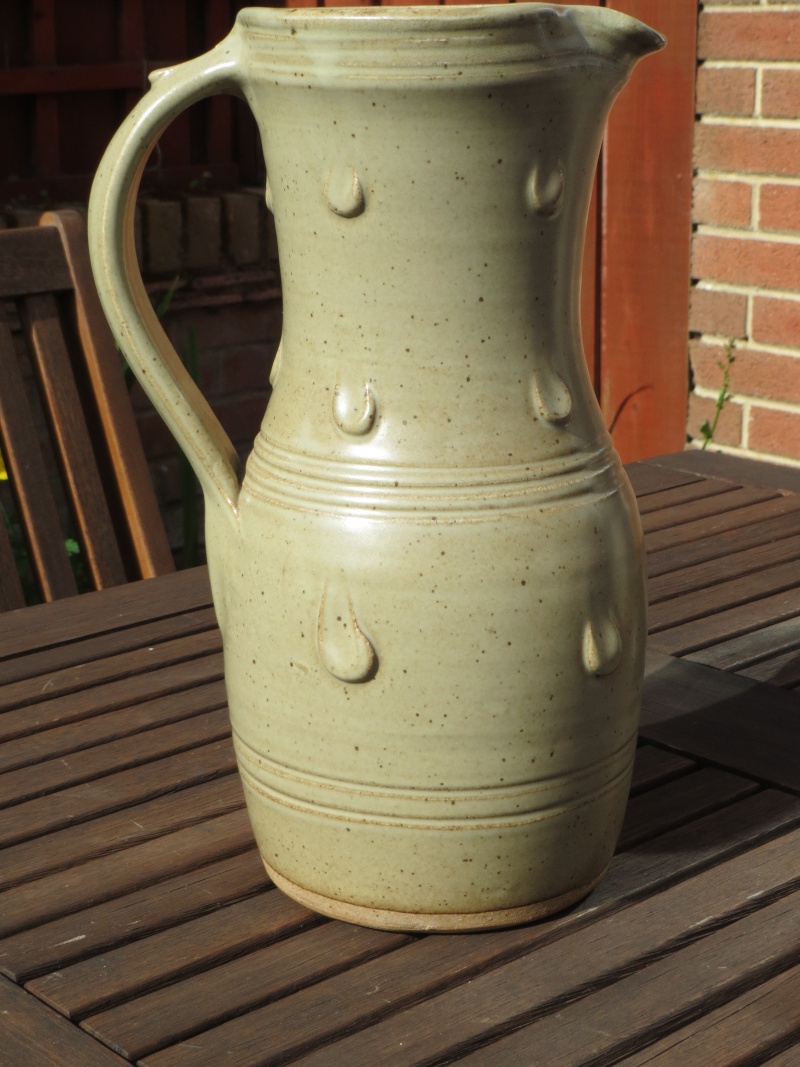 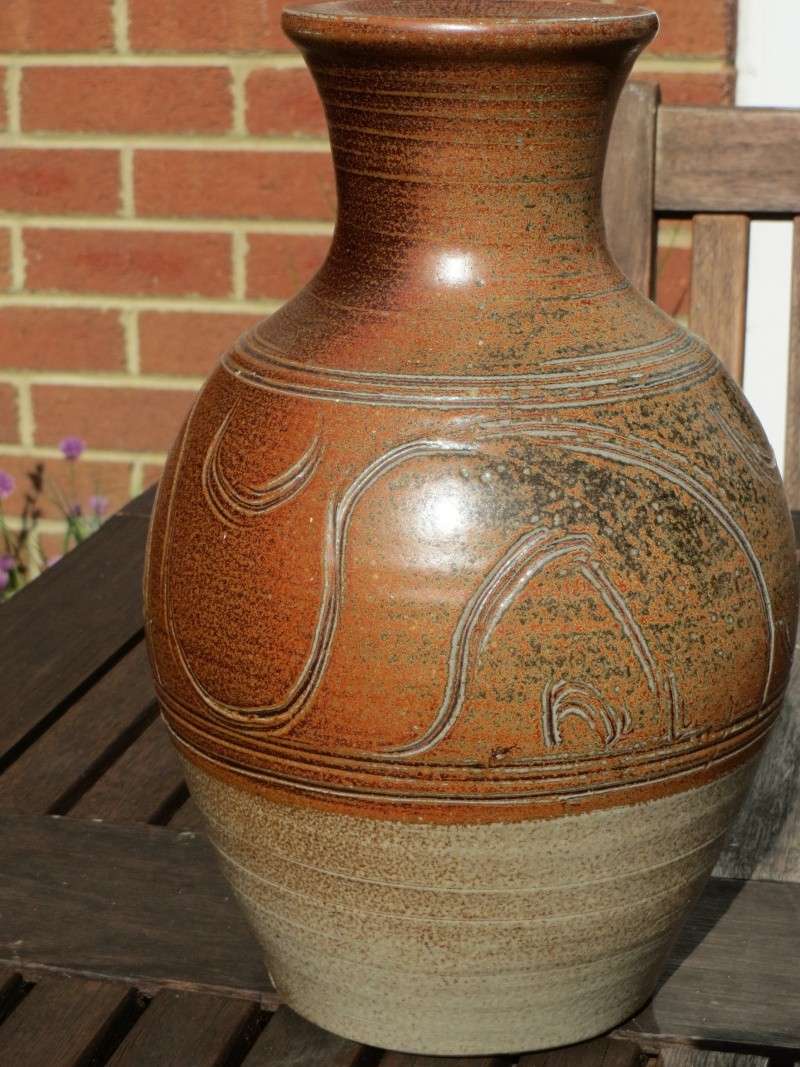 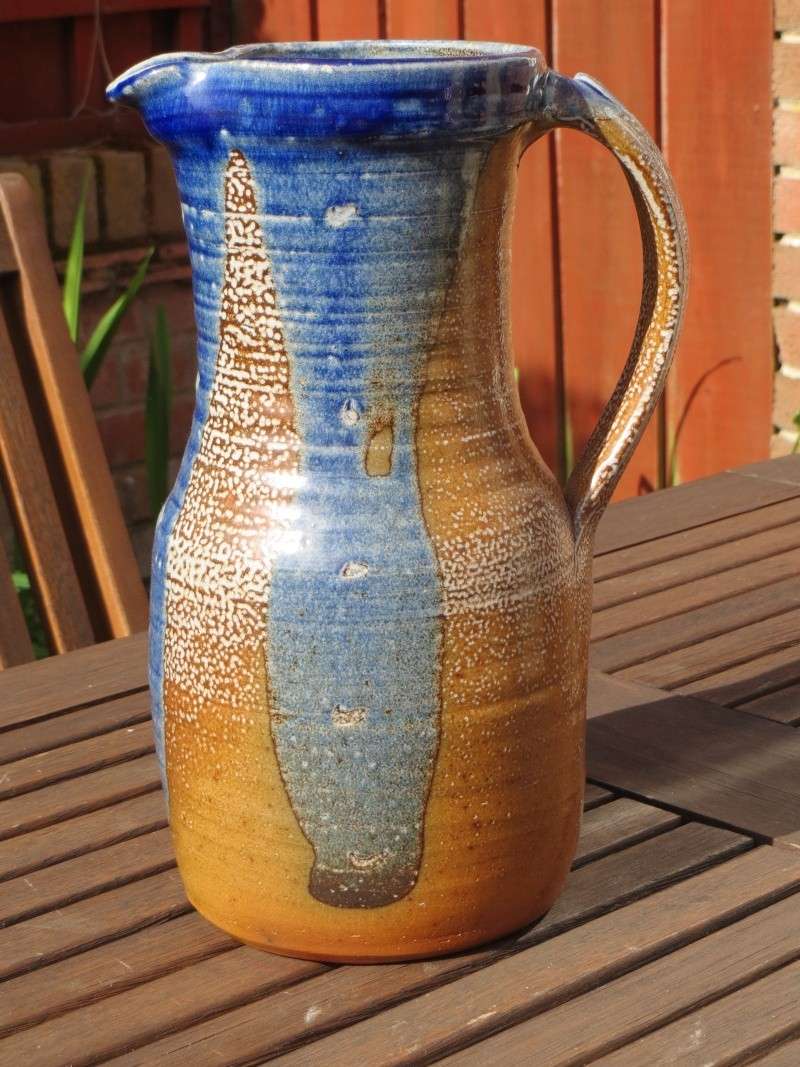 The mark on the above jug. 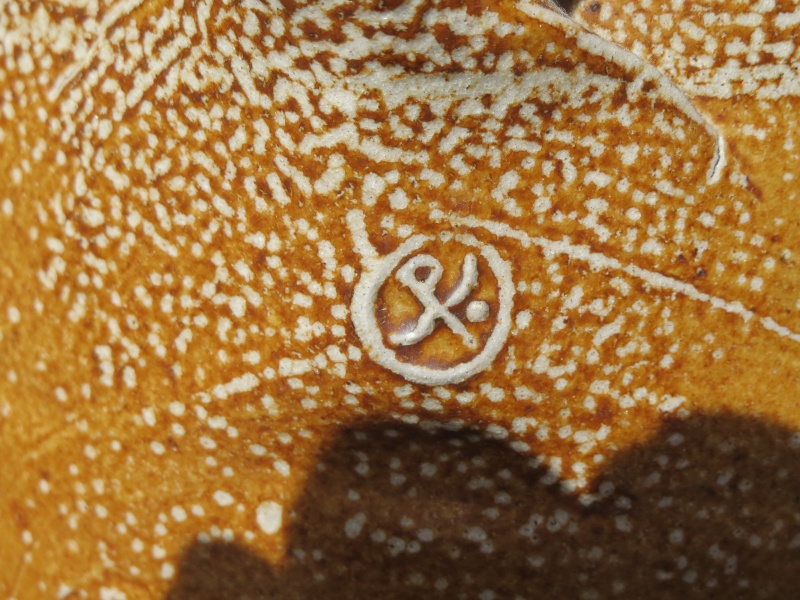 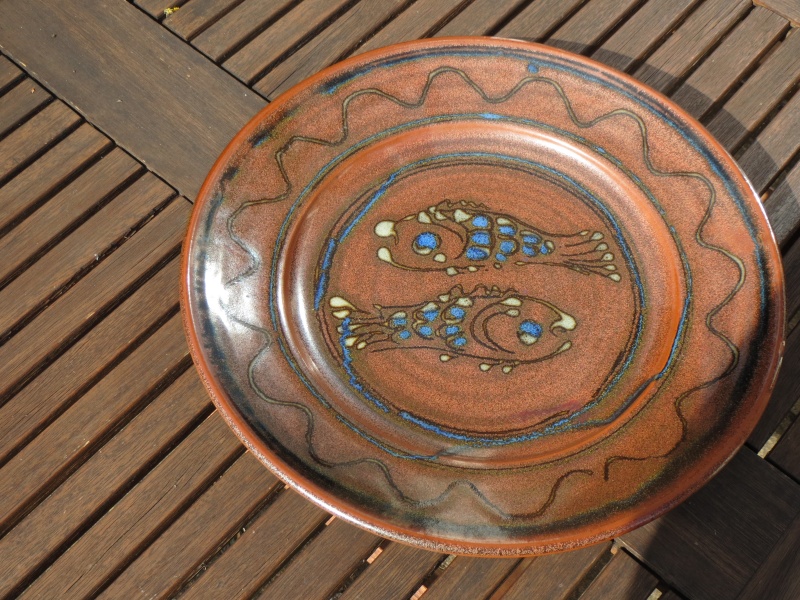 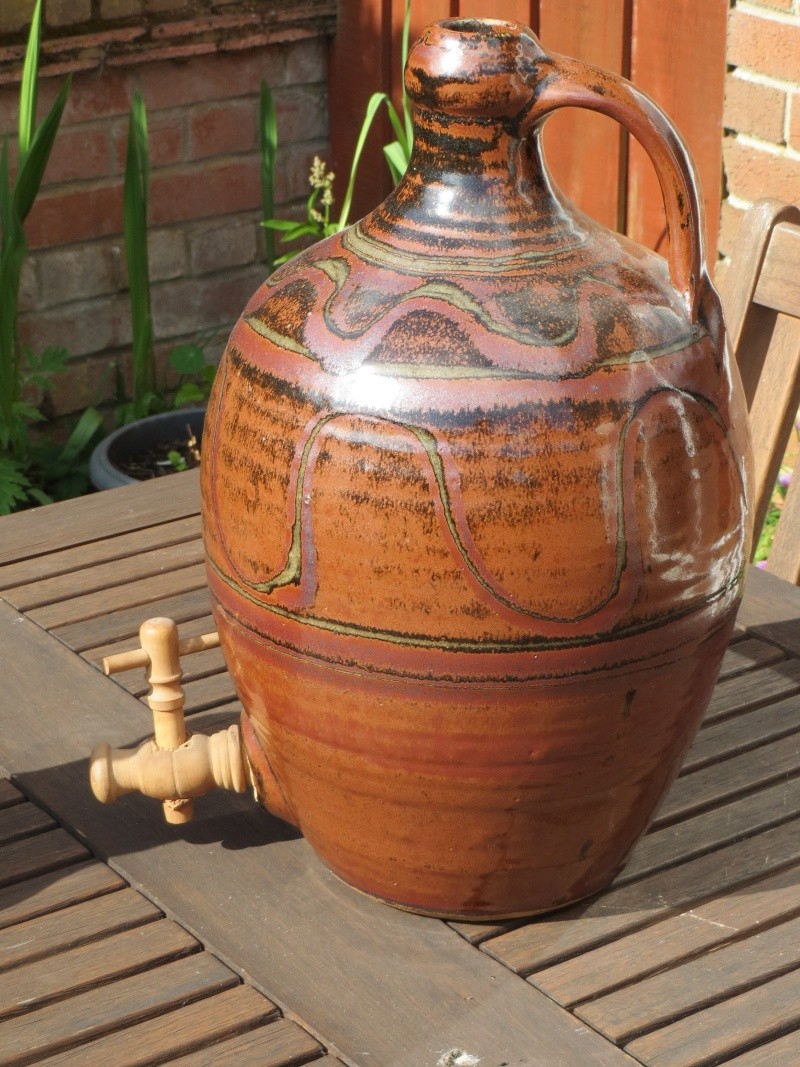 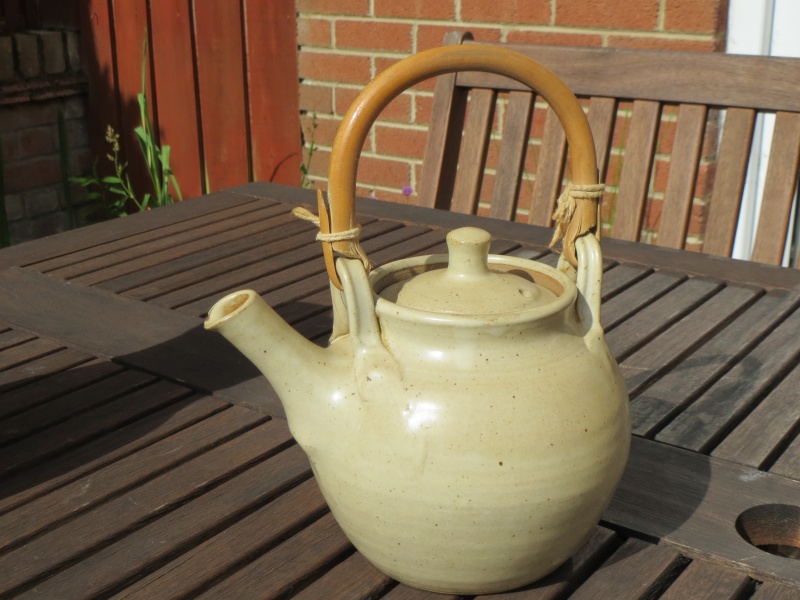 Ray Finch did not do much porcelain. But he was still brilliant at the little he did. This is a Ray Finch six cup and saucer set with associated Tea Pot,Milk Jug and Sugar Bowl.All in porcelain. 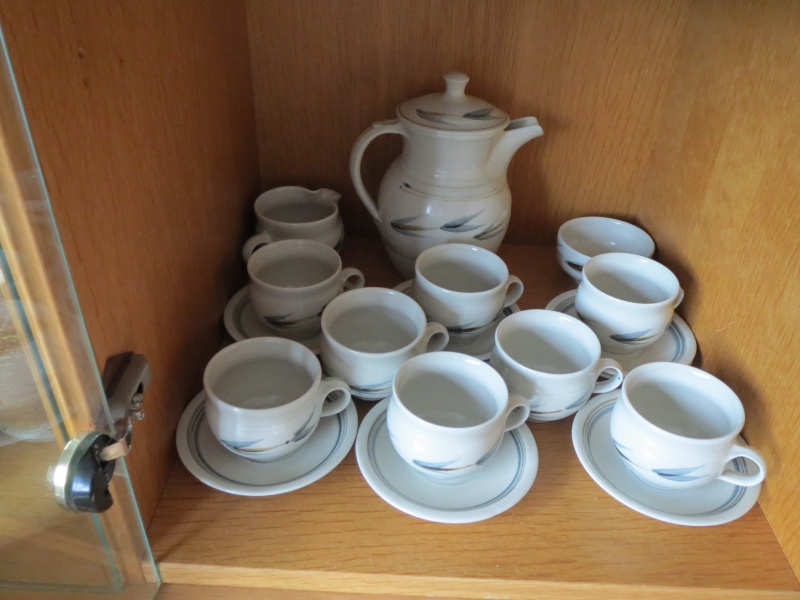 Can anyone tell me if this is Ray Finch's personal seal mark? I'm confused as the w is not the same as in the book but it does have the dot. Thanks 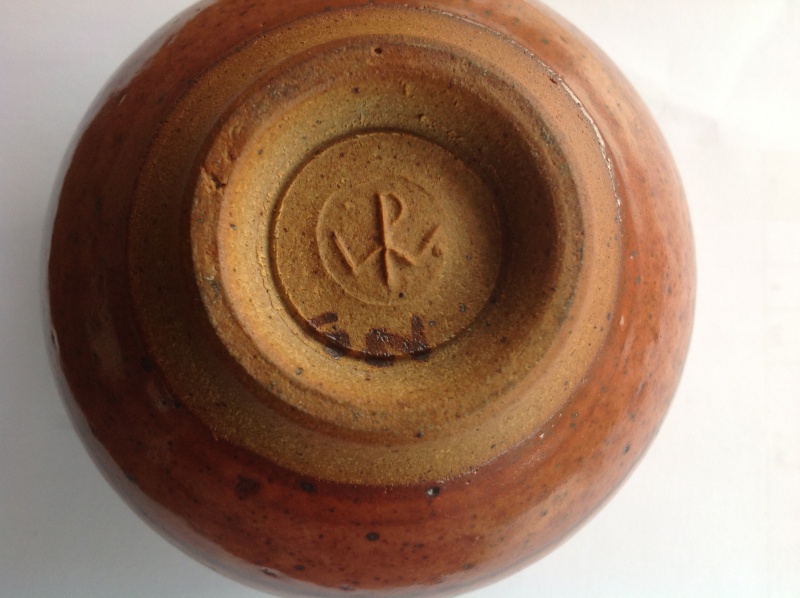 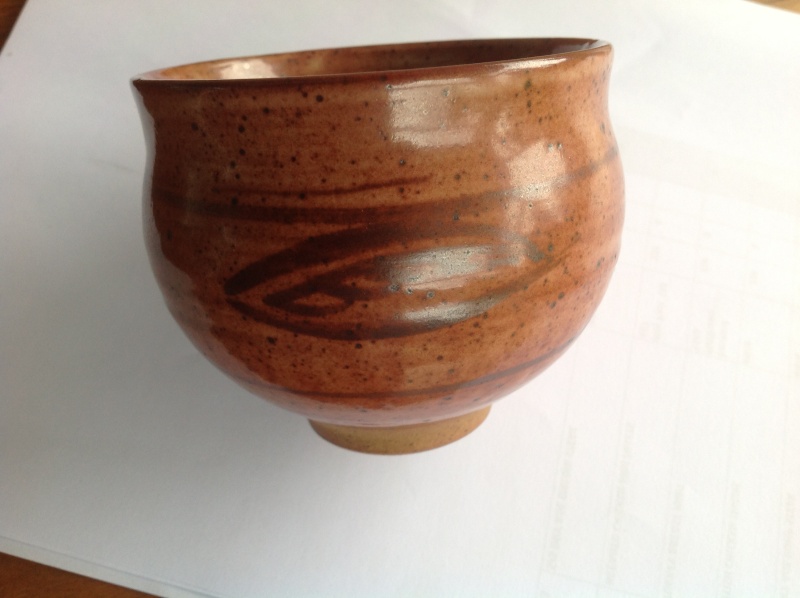 It is a rare Ray Finch mark that seems to date from the mid 1970s. I have only ever seen one other example with pointed bottoms to the W and the dot.

By the end of the Seventies he was using the W with rounded bottoms and the dot that he continued to use for the rest of his career. Before that his personal mark changed a number of times.
_________________
Now you should know by now that Potty and I need to see your bottom - we're funny that way!

Having checked "the book" the information there is not complete and the jumble of marks are unhelpful. That is unless the information was revised in the 2nd edition, as I only have the first.

When looking at work that might possibly be by Ray Finch you need to know which marks were used on earthenware and which were used on stoneware as well.
_________________
Now you should know by now that Potty and I need to see your bottom - we're funny that way!

I think the images on this thread are far more informative than the book.
_________________
Due to travel restrictions the US was obliged to hold the coup at home this year

The mark below is a personal mark of Ray's that comes from a press moulded dish that appears to have been made in the early 1960s.

Winchcombe standard earthenware had the pointed W mark like the mark below but this was smaller. 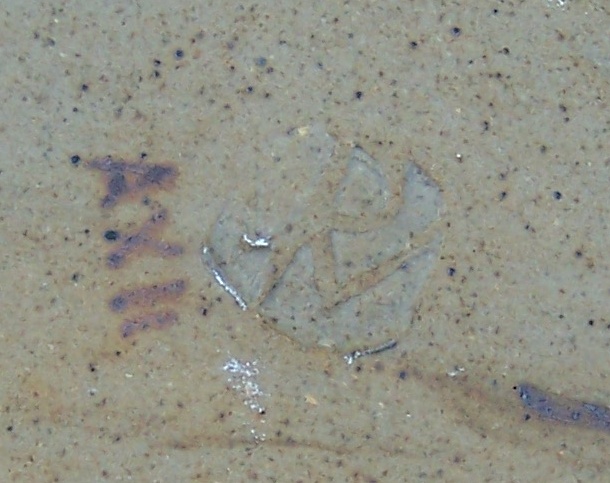 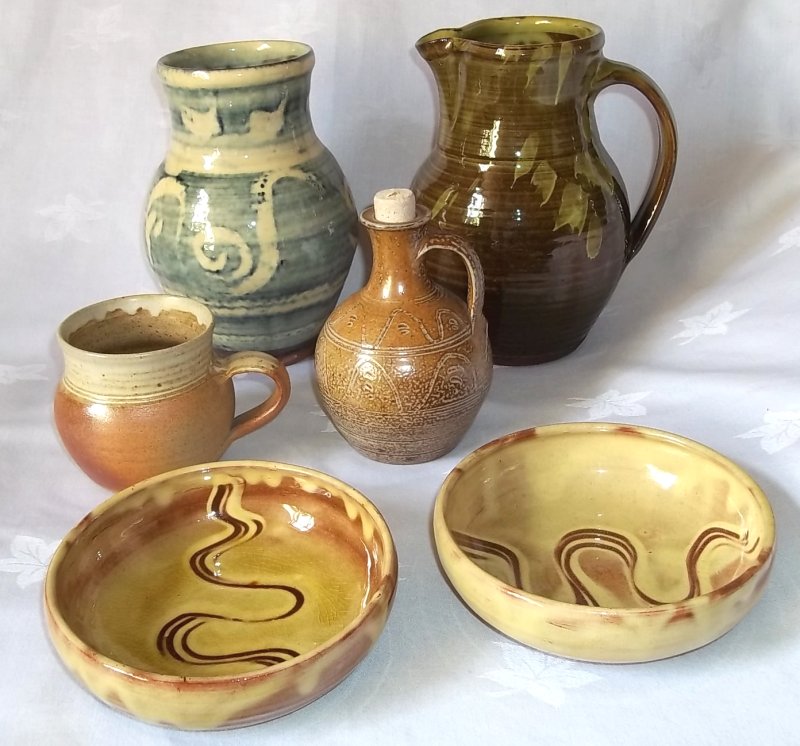