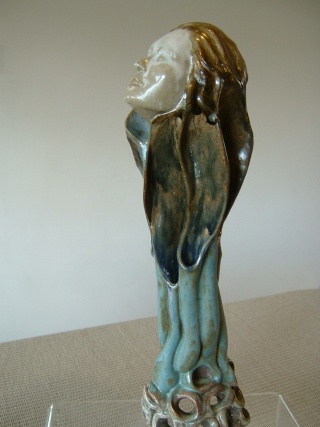 15" High sculptural floral display figure , information supplied by the artist was this ,


Well it's been a while since I last saw this!
Yes it is one of mine.
It must have been made between 1971 and 1974 because from 1975 I only put Bob and the date on the bottom of my work. (eg Bob 75)
Also, I had no photographic record of it because I couldn't afford a camera until 1975, so I had completely forgotten it. I'm grateful to now have pictures of it now.


I sculpted it in clay and fired it in an electric kiln to a low stoneware temperature of 1240 to 1250 celsius. That would have been either in my studio in Worthing or later at the Midlands Arts Centre in Birmingham.
From 1974 to 1984 my work was reduction fired in a gas kiln, but two years ago I returned to using an electric kiln for my own (non-commissioned) work


When I made it, I was very influenced by the Art Nouveau artists of the late 1890s early 1900s.
It was made (forgive me if I'm boring you) from Potclay's Buff Stoneware body.
The cylinders were made from sheets of clay wrapped around a wooden dowel, the face was sculpted from a solid lump of clay, then hollowed out to avoid a kiln explosion, and the rest was made as infill.


I seem to recall that it was intended to be a centrepiece for a floral display. If the sculpture was placed in a bowl of water, various flower stems could be inserted into the tubes and holes so that the face would appear to grow out of the surrounding foliage. Another distant memory tells me that this didn't work as well as I'd hoped.


Being stoneware fired, the piece is impervious to water and has a potential life running into tens of thousands of years. It looks today exactly as it did the day it came out of the kiln.


Ok I hope that gives you what you want in terms of information. 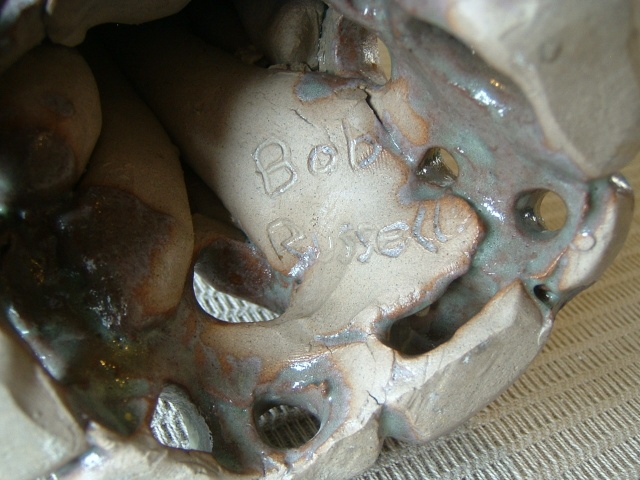 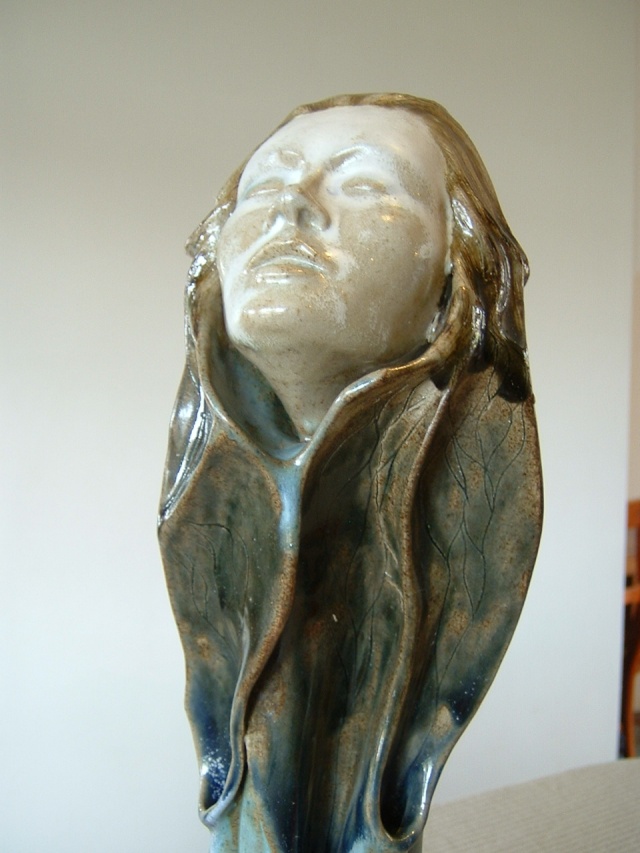 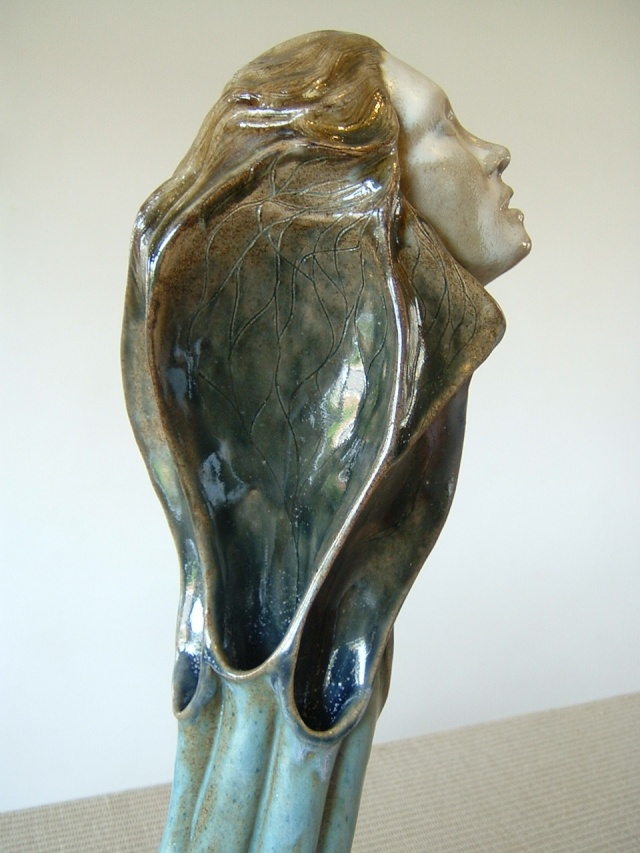 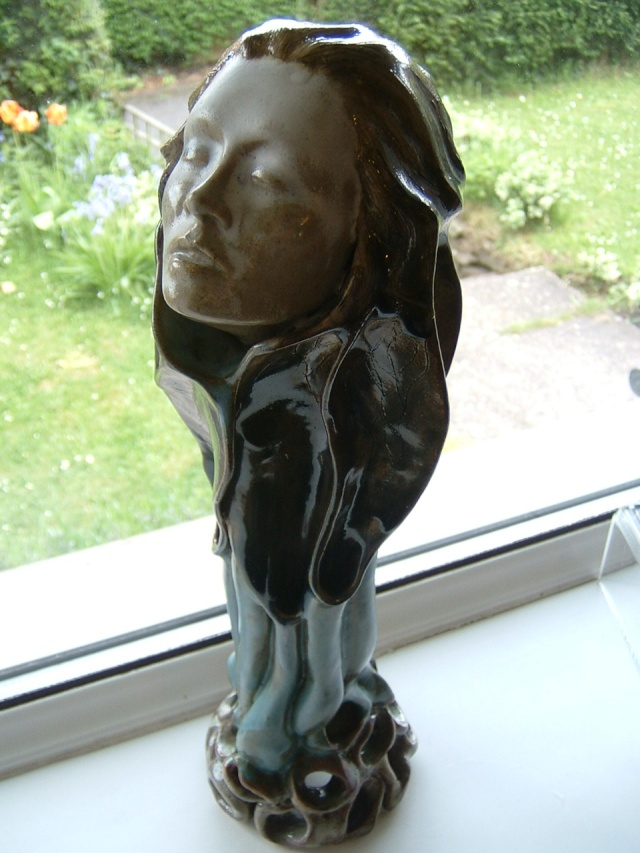 Very nice piece and a great reply from the chap himself.

dantheman wrote:jokes can tell you an awful lot about a person too..

I think you were right

it's a rainy day