This battered piece is a facsimile of a medieval jug found during an archaeological dig on Newcastle's Quayside in 1988. I worked for the team who found it although I was deployed elsewhere at the time (up to my knees in freezing water out near Chesters Roman Fort, but that's another story). David Fry was the maker (b1948) and seems to have always worked out of studios in Newcastle-upon-Tyne. Don't know what you guys think but I feel it's rather a stiff copy, very unlike the real thing you see in museums. Saw some wonderfully lively medieval jugs in York Art Gallery last year. 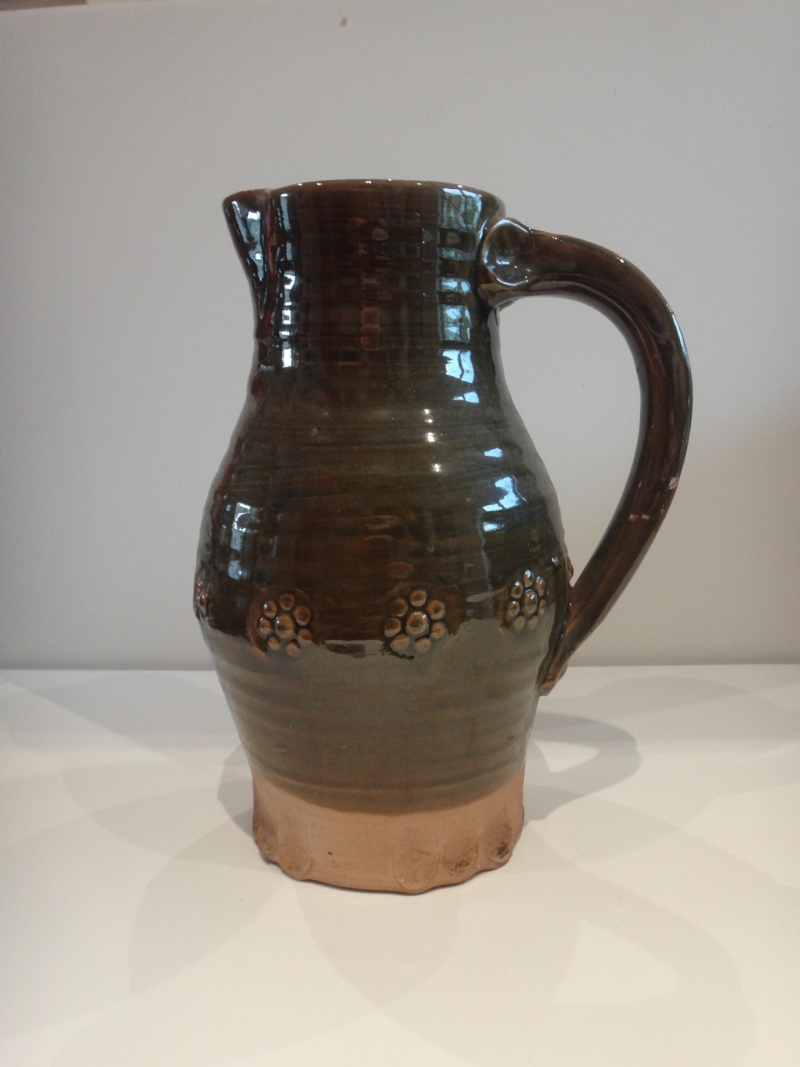