Tallest 12 cm. We don't have any information about him. 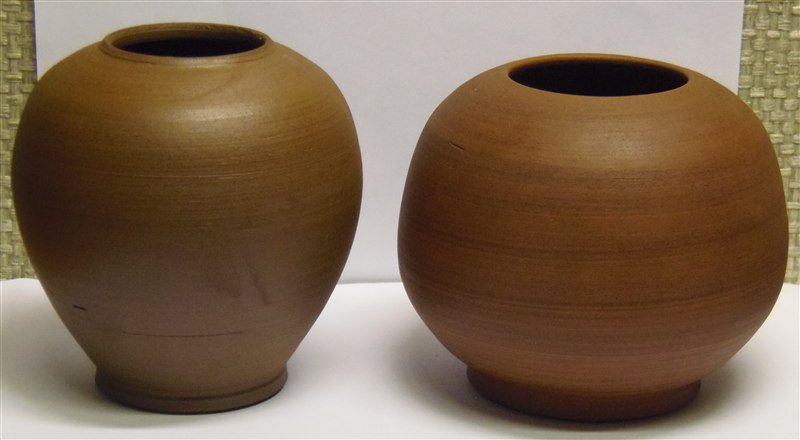 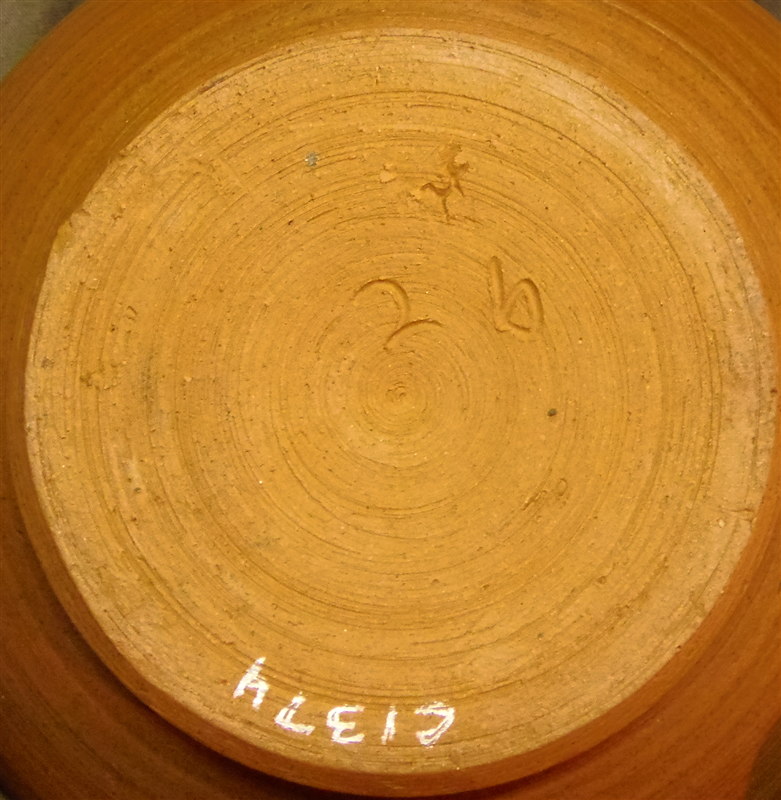 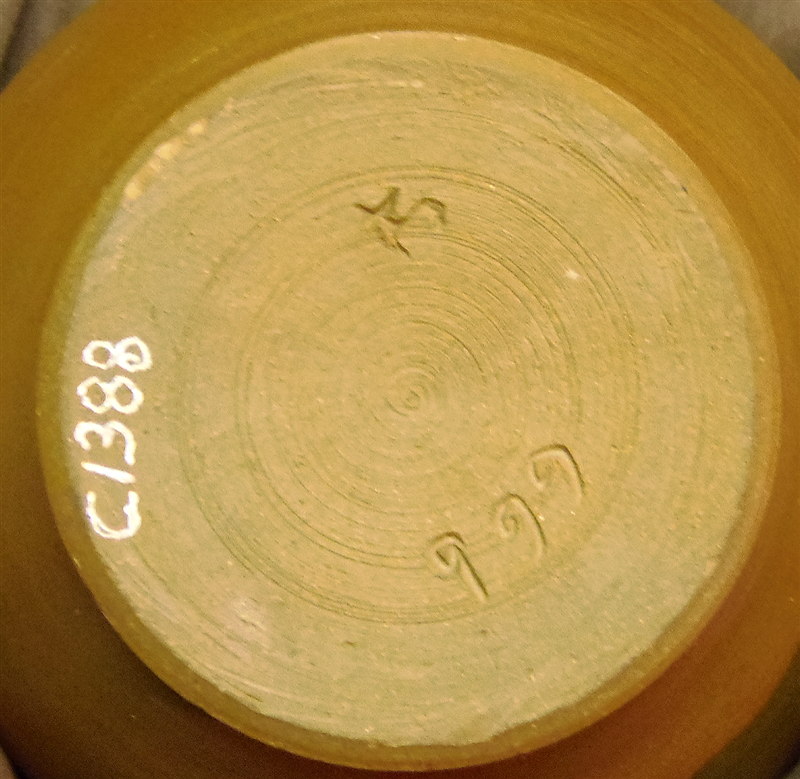 Another piece by Josef. 12 cm. 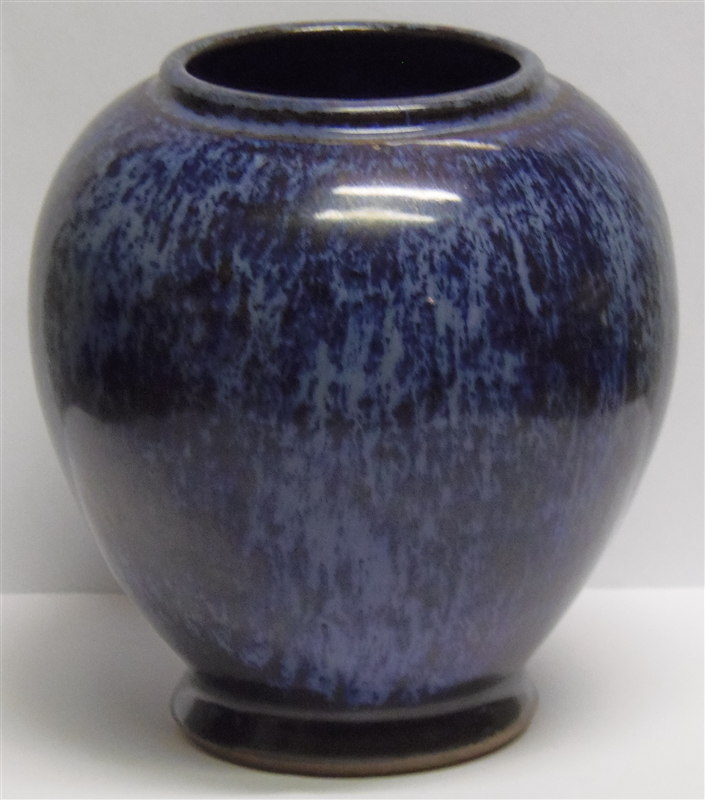 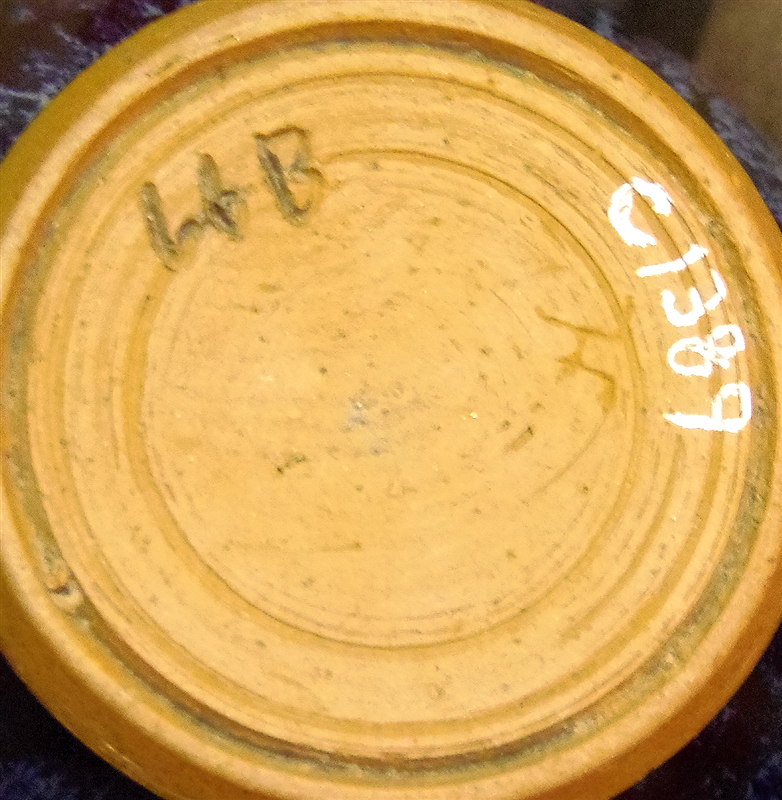 I have a Vase by VEB KKF and I found out today that it is Josef Höhlers studio. 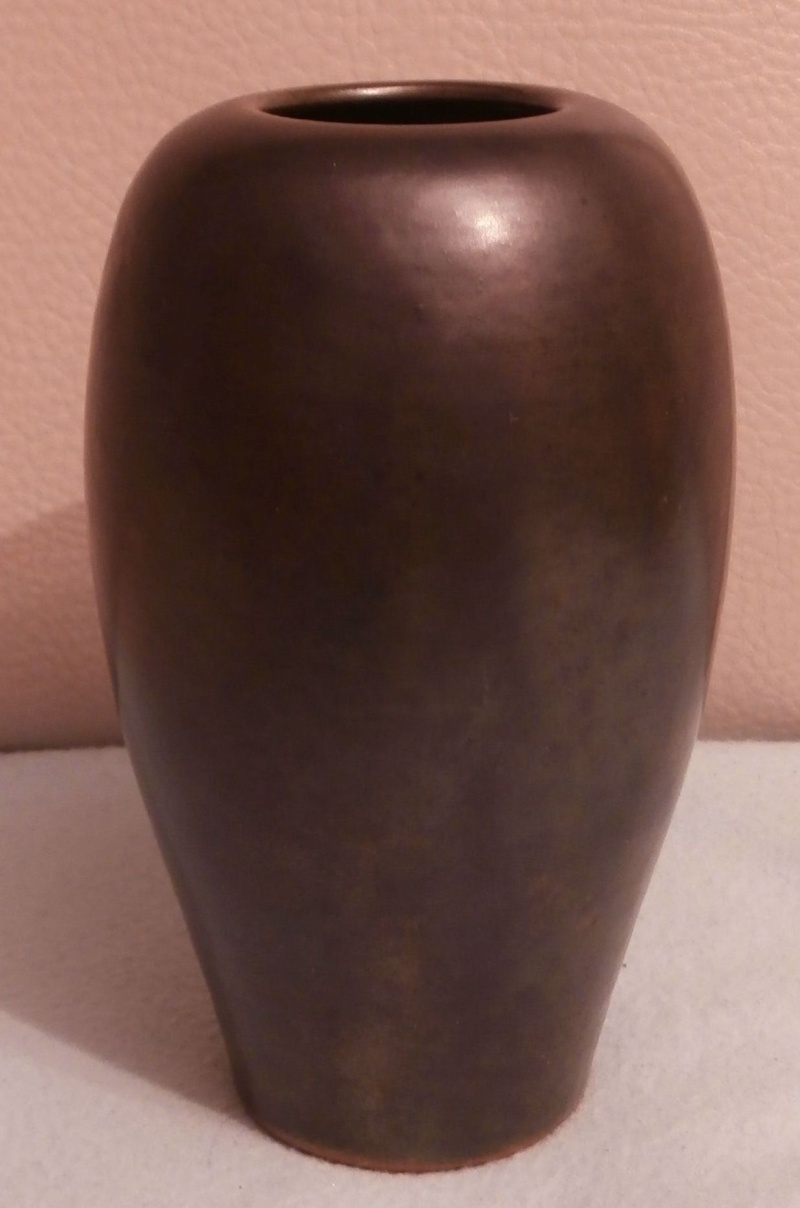 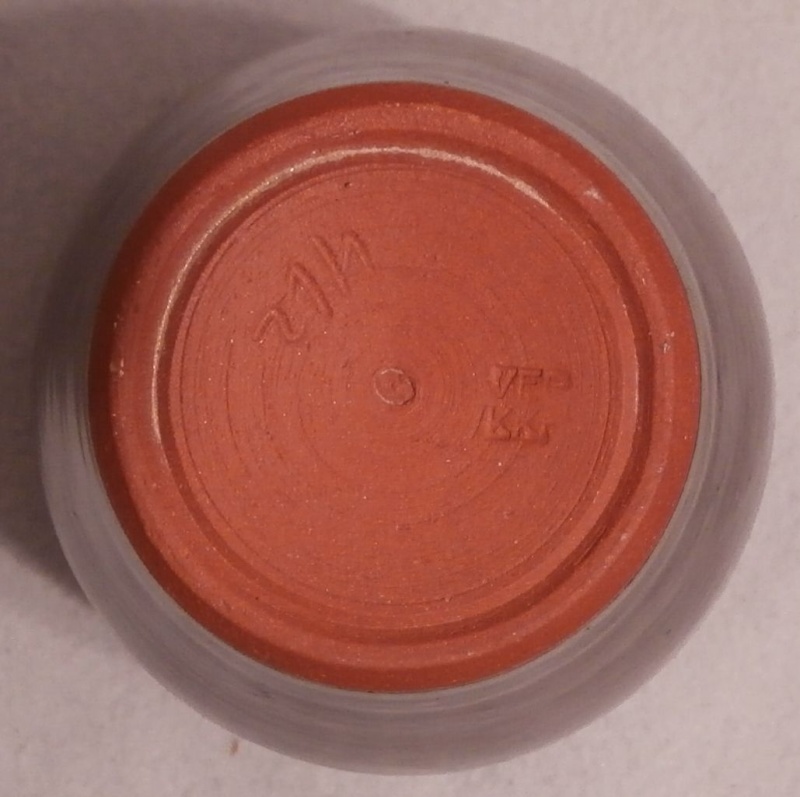 To my information Josef Höhler has lived from 1909-1964 and began in 1947 his own studio in Friedrichroda near Gotha in the Region/Bundesland Thüringen, Germany. His studio became 1972 a "Volkseigener Betrieb", also called VEB ('Firm owned by the people') and was called "Kunstkeramik (art ceramics) Friedrichroda" than. Items were marked with "VEB KKF" than. From 1974 on they were doing Gräfenrodaer Zierkeramik (decorative ceramics from gräfenroda, which is famous for its garden gnomes). The production ended in 1990 like many others. Since I grew up in Gräfenroda and Friedrichroda is nearby, I will check if that information is correct and maybe find out something more.

It's kinda cracy that i found and actually bought this vase which is connected to my home village somewhere else and without knowing it.

Hoping someone may recognise the potter. Small bow measures 3" diameter x 1 1/2" high.
I think the mark may be JH or HF or even JHF! 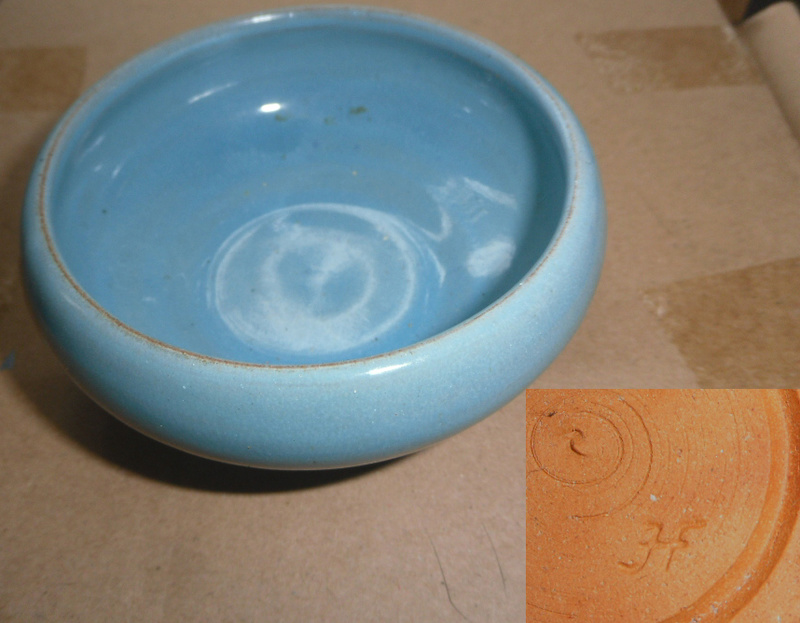 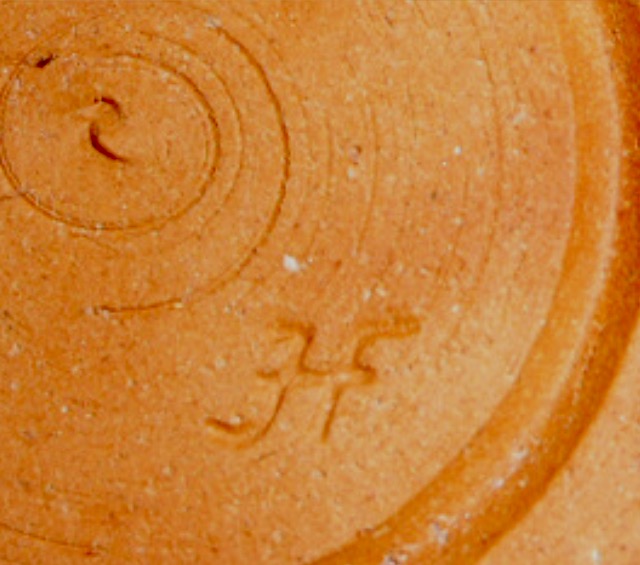