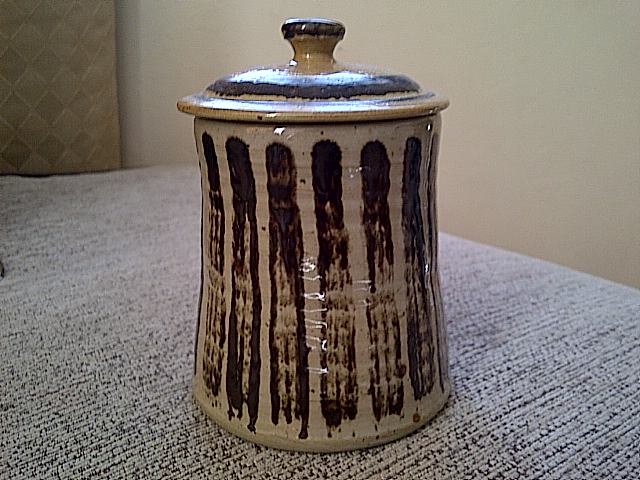 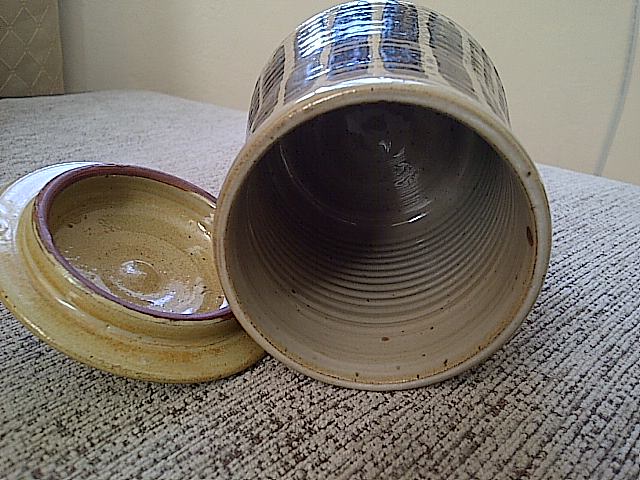 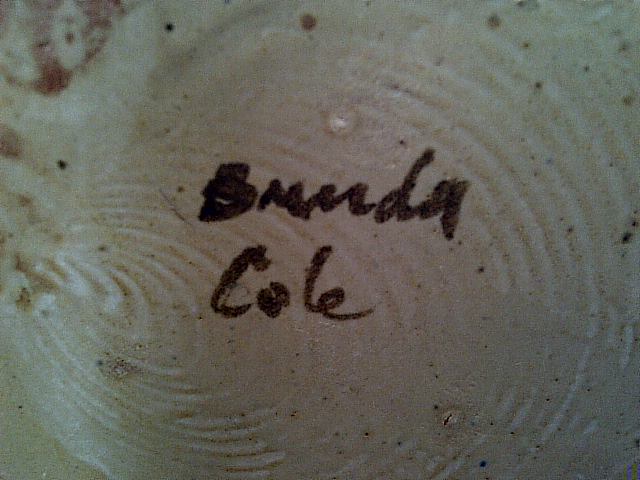 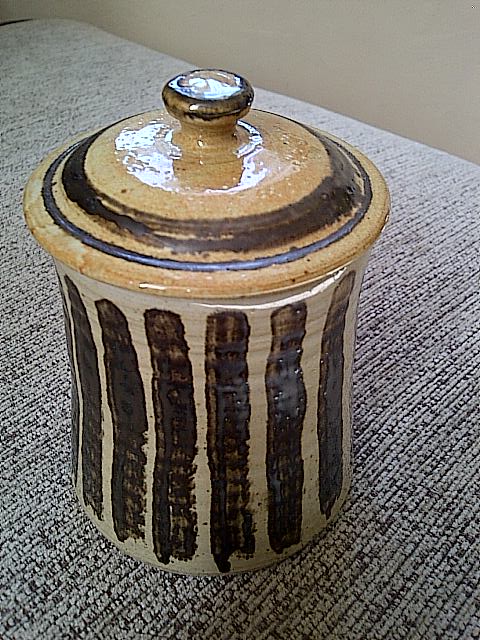 The signature is Brenda Cole. If you google brenda cole pottery you'll see a couple of examples of her work and a video.
_________________
Carrot cake is just fake cake

What you can say about the lidded pot, without reference to the signature, is that it looks like something that was made here in Britain during the 1950s.

At least Brenda made life easy and put her full name on the bottom but, other than the reference that Naomi found of her demonstating potting at Olympia in 1961, I haven't found any reference to her.

She was never a member of the Craft Potters Association and is absent from the limited number of pottery books that were published in the UK from the late 1940s to the mid 1960s.
_________________
Now you should know by now that Potty and I need to see your bottom - we're funny that way!