the mark on this, and the style looks like the Leach pottery at St Ives,  But can anyone give me firmer attribution to the actual potter? no other marks as far as i can tell

The mark doesn't look right for any St Ives I've seen. Here's one I had for comparison. 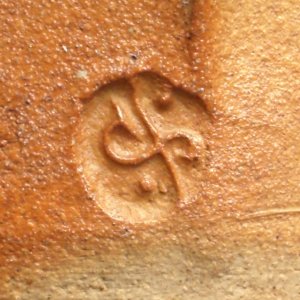 i think on mine, the glaze is has pooled in the mark so that it's more difficult to read the "s" shape and the two dots

This is a Leach Pottery bud vase, they were part of the standard production, thrown and decorated by most who worked there over the years and come with various glazes and designs. Without the potters mark who actually made yours would be guesswork, but sort of feels a bit like John Leach style to me.

thanks for your input Martyn. I had a look through my British Studio potters mark book only to find that nearly all the St Ives connected people used a variation of the s in circle type mark. So, as you say, no way of knowing for sure who potted this one, but i'm glad to have your input/hunches. I know nothing of the Leach pottery - i put it on sale on ebay, and just didn't want to misrepresent it by attributing a wrong name to it.

The various potters who worked at the Leach Pottery over the years had all manner of individual/personal marks, there is really no reliable way of telling just from the SI seal who made the pot...they had the option of using SI seals already existing 'off the shelf' or making thier own, but that's quite different from the personal seals that are most often initials or monograms used on individual or unique pieces along side the St Ives Leach Pottery seal.

Small St Ives dish. Can anyone tell me which potter it's the work of?

Small St Ives pottery dish, 4" diameter, sgraffito and glazed decoration.
Impressed St Ives mark and ENGLAND to base.
Can anyone tell me who this is by?
Thanks... 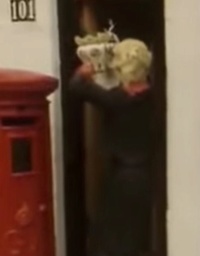 No. These small items from the Standard Ware range where done by all of assistants when they began working at the Leach Pottery.
_________________
Now you should know by now that Potty and I need to see your bottom - we're funny that way! 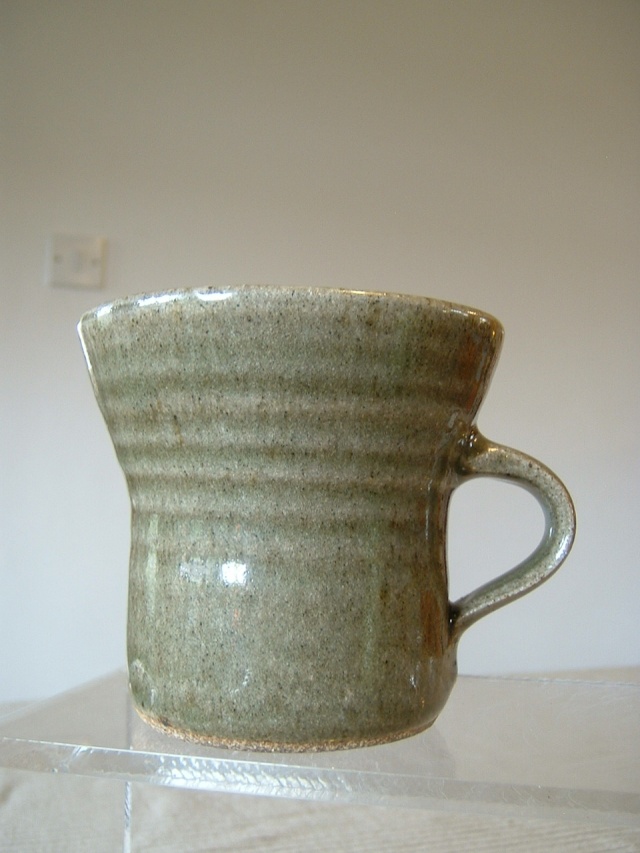 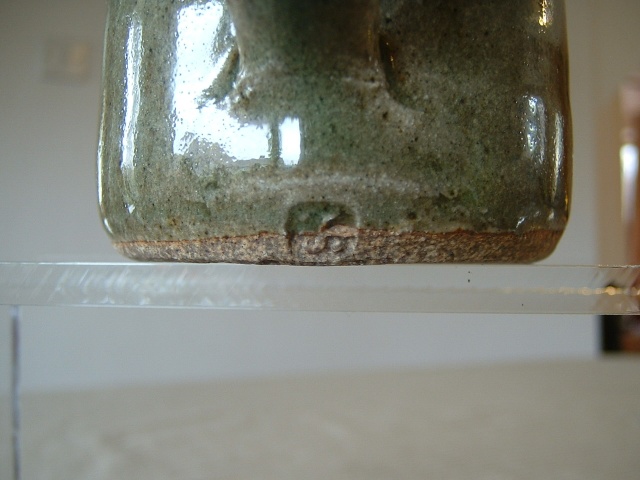 Both jugs appear to be Bernard Leach but the impressed seals are rather glazed over, on one you can just see the S shape and dots mark (well I think you can). Both have England impressed into them also. Just looking for the all clear before I list them but the jugs look about right as with say eBay below. 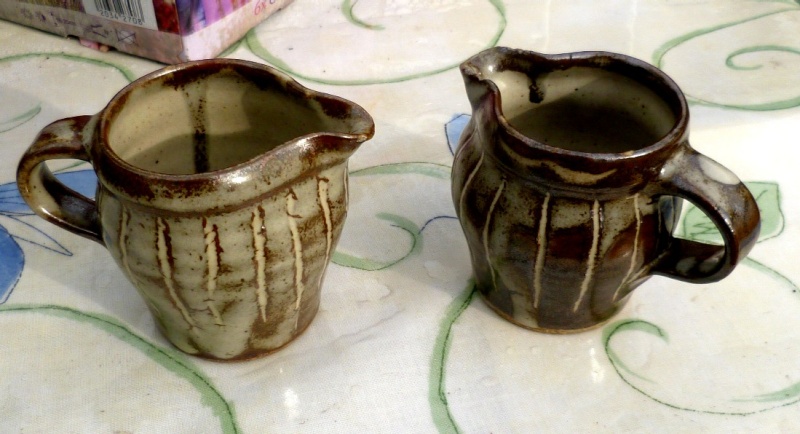 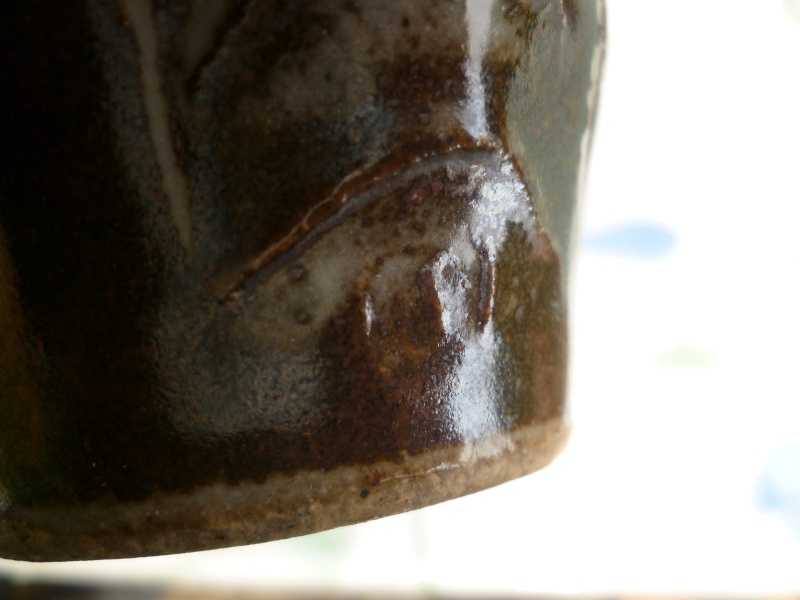 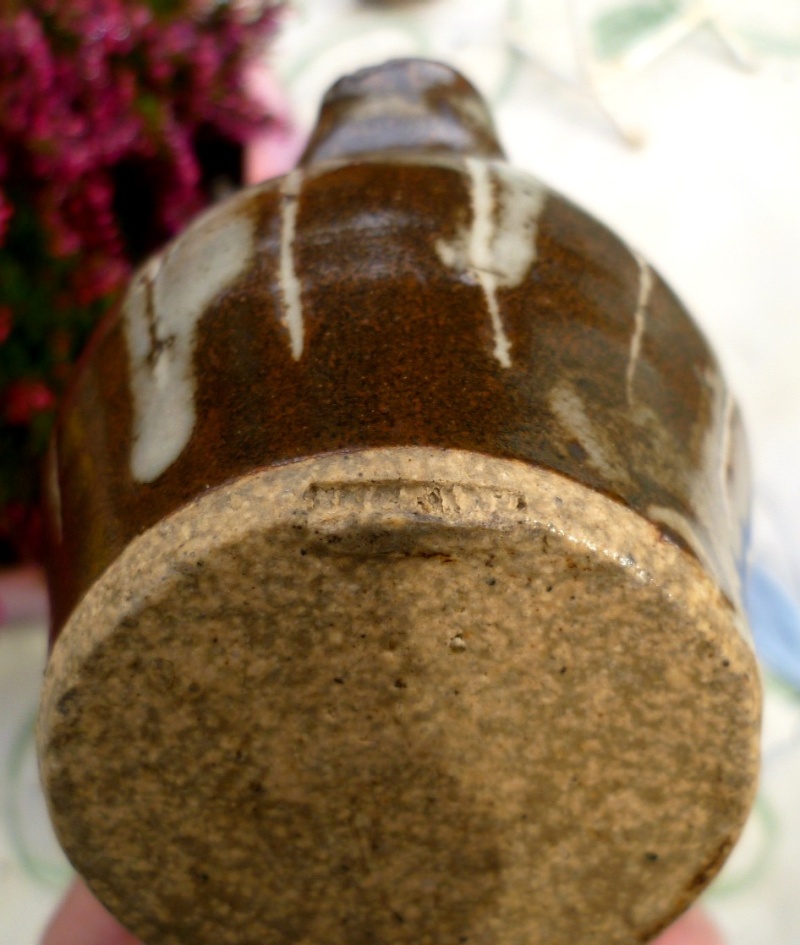 They are by the Leach Pottery , dunno who made them though .

Studio Pottery website just says Leach jugs, so, as Ed says, exactly who made them at the pottery is still in doubt.
_________________
Carrot cake is just fake cake

Just one of those marks that needs your mind more than your eye to catch it.

The jug, above, was part of the Standard Ware range that was produced at the Leach Pottery up until Bernard Leach's death in 1979. In an illustrated catalogue of Leach Standard Ware that I possess from 1975 this was one of three mugs produced at the time and was called a "Coffee Mug" with a retail price of 90p. They were available in 3 different glazes referred to as A, B and C. A - Black to rust tenmoku. B - Mottled grey brown, C- Pale celadon green (as above).

The Standard Ware range was made by the students and apprentices so cannot be attributed to any individual potter. However, they were certainly never thrown by Bernard.

Items of Leach Standard Ware used to be more common 25 years ago and you are right Ed that many are worth picking up, if the price is right.

Many of the items were unglazed on the outside like the "Small Lidded Stewpot with Lugs" below that was priced at £2.50 back in the 1975 catalogue. This was available with the A,B or C glazes inside that I mentioned above.

Something like this stewpot would have been made by a more experienced apprentice than the mugs. However, I would imagine that it would be less desirable in today's market.

This like the mug would be stamped with the St. Ives seal and sometimes England as well.
_________________
Now you should know by now that Potty and I need to see your bottom - we're funny that way!

A "Small Cream Jug" with glaze A (Black to rust tenmoku) priced at 75p back in 1975. The glaze is at the rust end of the glaze spectrum.

should the mugs have saucers?

They did make coffee cups with saucers but as you say these are coffee mugs and they were not made with saucers.

Perhaps the most desirable of the Standard Ware range are the Small Decorated Porringers like the example below.

These all had brushwork decoration and it is certain that Bernard Leach was responsible for some of the decoration but the vast majority would have been done by other potters.

Underglazed St. Ives seal on the porringer above -

The "principals" at the pottery, together with some of the assistants when they were thought to be proficient enough, made individual items at the Leach Pottery. These would be marked with the potter's personal seal, as well as the St. Ives seal.

The examples below are 3 of Bernard Leach's pots that I had for sale earlier this year, with the large bottle being 12 inches tall. Bernard's personal seal did vary over the years but I have included an image of the most common one beside the St. Ives seal in the second image below. 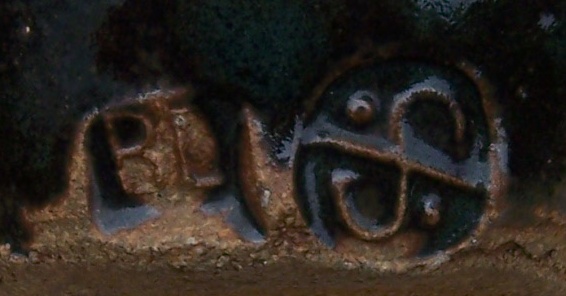 Great Pieces John , every time I see the slab pot on the left I think of the forgery scandal surrounding these in 1980 when the fakes were being made by prison inmates , how long did you take to make yours ? and can you make me one as well

Seriously though I would love them in my collection

The cut sided porcelain bowl was to my mind the best of the three above and I should have perhaps kept it a little longer. The slab bottle went "to the trade" so it is probably still available if you are interested.

I do have a slightly better example of the slab bottle in my own collection plus the Bernard Leach "Penwith" print of the same.
_________________
Now you should know by now that Potty and I need to see your bottom - we're funny that way!

I don't think either of us could afford the slab bottle now!

The signed print I refer to was from the Penwith (Gallery) Portfolio published in 1973. A copy in the Tate collection can be seen at