A rather charming naturalistic shapped red daisy from Italy, I would assume 1950/60's but if ayone recognises the monogram above Italy please let me know more.

I have a red vase with the same mark

A nice site for Italian marks

thank you for the link!

Whale in red glaze. Label for Ernestine, Salerno, Italy, on the base.

"Ernestine Ceramics was a joint partnership between Italian tile-maker Mattteo D’Agostino (1905 – 1969) and the American designer Ernestine Virden-Cannon (1904-1969). The D’Agostino family business is still working, however, Ernestine remains very much a mysterious person. Little has been written about her. You can find on the Internet that she was listed in the 1932 Social Register for city of San Francisco – which means she would have been wealthy and high social status – but little else is known about her

Ernestine Ceramics was established in between 1946-1947 for the production of tableware. The company was quite successful with the majority of its output being exported to the United States. The designs were, fresh and innovative on the cutting edge for this time period– with a style which today we refer to as Mid-Century Modern (MCM).

Ernestine Ceramics was respected for its designs but also for its advanced glazes and finishes which had to be of the highest quality in order to be accepted by the American market for which the tableware was intended. The new glazes and clays were created by the well-known German chemical engineer, Horst Simonis, whom Ernestine hired in the early 1950?s.

The tableware was all hand decorated and therefore production was very limited of these beautiful pieces. Because of this low production, few Americans are aware of this important pottery. However, there is a collectors market for these ceramics, but it is a selective audience of knowledgeable individuals.

In 1969 the company stopped production of these pieces due to the death of both D’Agostinoand Virden-Cannon. "
Ernestine Pottery

Hi
Does anyone know this mark??
Thanks 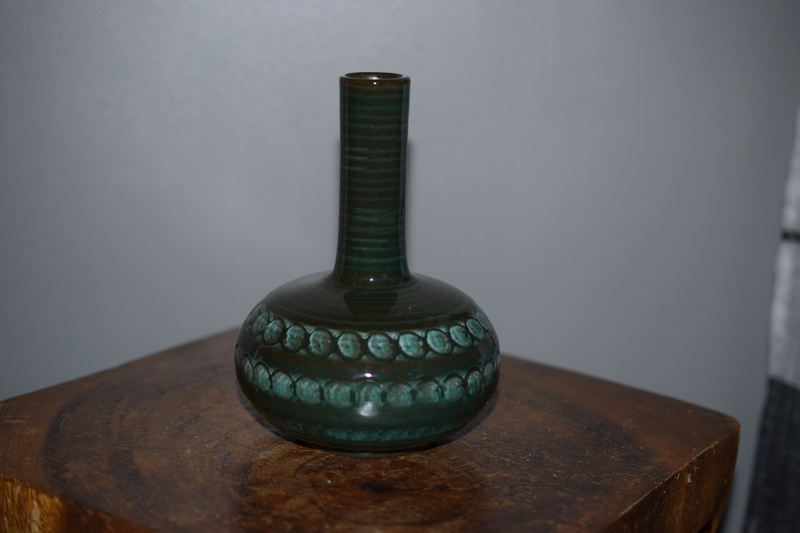 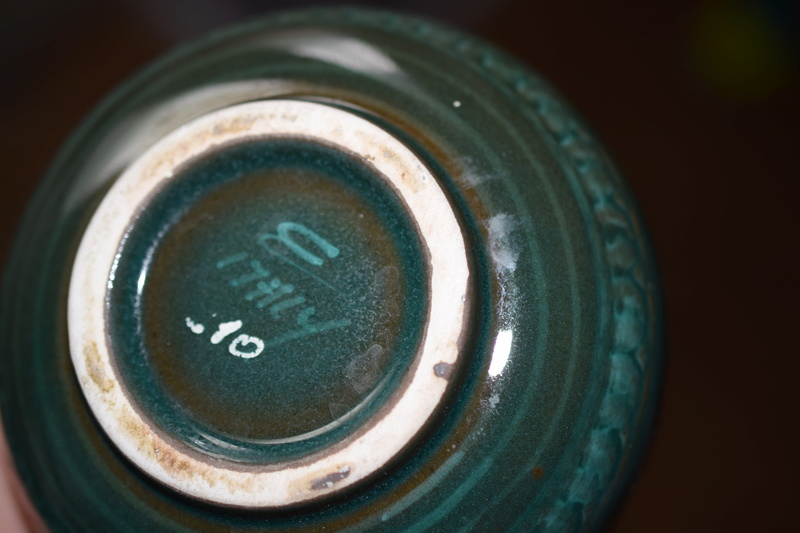