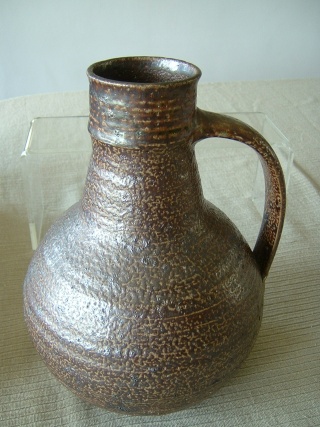 I knew John pretty well, he was responsible for my visit to Japan
1963/4, and he worked with me briefly at Sturt Pottery at Mittagong in
NSW in 1962, and again in 1964 just before he died of a motorcycle
accident a couple of days before our two man show together.

The form of the piece I am unfamiliar with although there is no doubt
John Chappell made the piece, and the seal is his. I can offer no help
in identifying the other seal alongside his JC mark. My best guess is
that it was made in New Zealand in 1962. He had gone there at the
invitation of Helen Mason while he re applied for his residency visa
in Japan. On the way to Auckland his ship stopped in Sydney for ten
days and I looked after him for that time at Sturt Pottery. 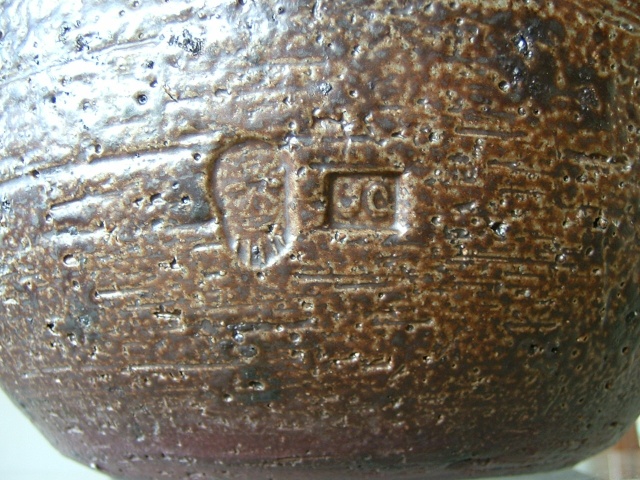 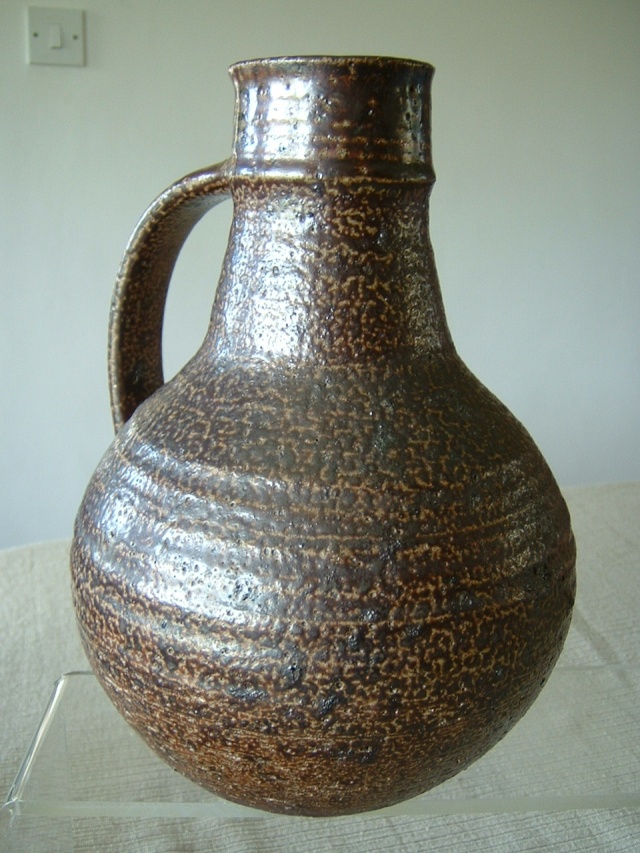 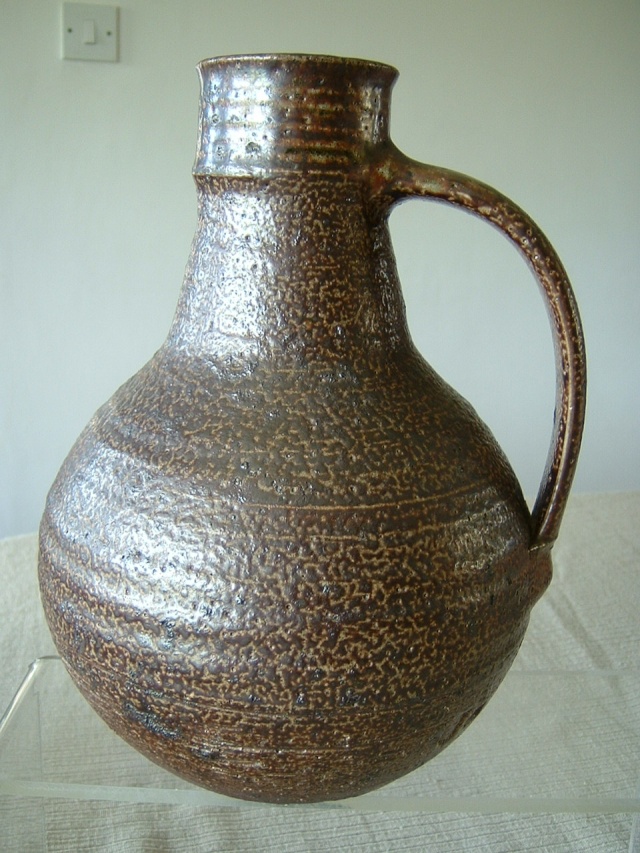 Email from Tepapa gallery John Chappell a disciple of Leach had worked in Kyoto, Japan and knew Takeichi Kawai in the late 1950's and early 1960's. He visited New Zealand in 1961, teaching and exhibiting and was due to return in 1963 but died from a motor cycle accident in Sydney.
The mug that we hold may have been from his visit to New Zealand.
The marks that you sent certainly resemble those of the work that we hold and certainly for the images on the V&A site, the work looks to be very similar to the work in that collection.

You may be interested in a book recently published that discusses John Chappell. Conetendown: studio pottery in New Zealand, 1945-1980, was published in 2009 by David Bateman and written by Moyra Elliott and Damian Skinner. I hope that this might be of some help to you.
N Zealand 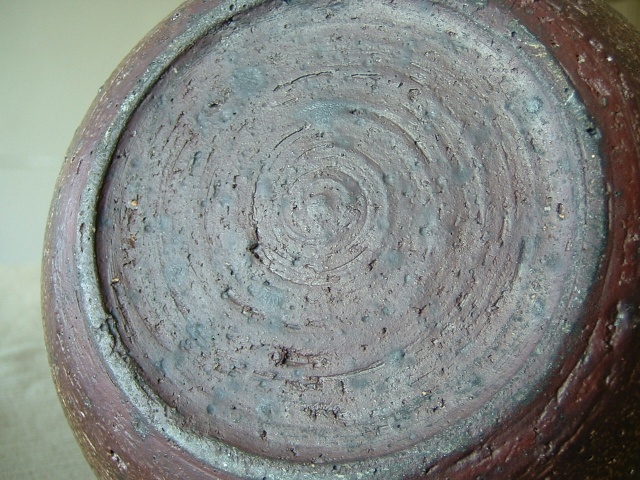 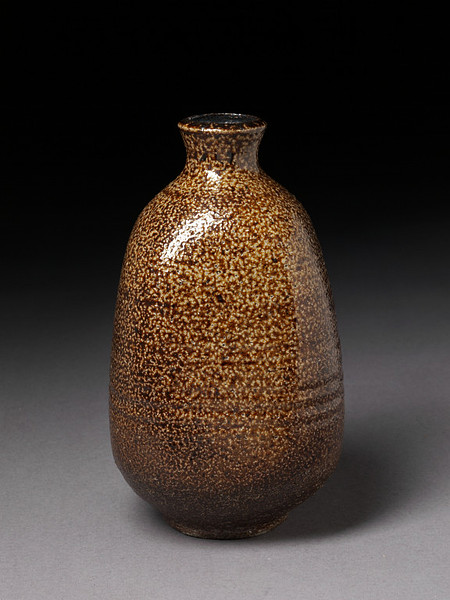 Exhibit from the V&A 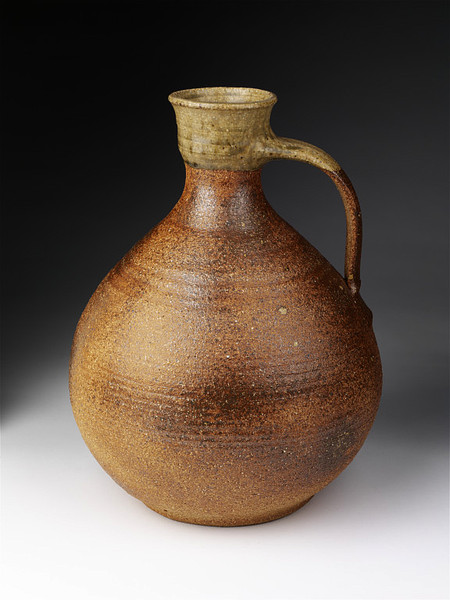 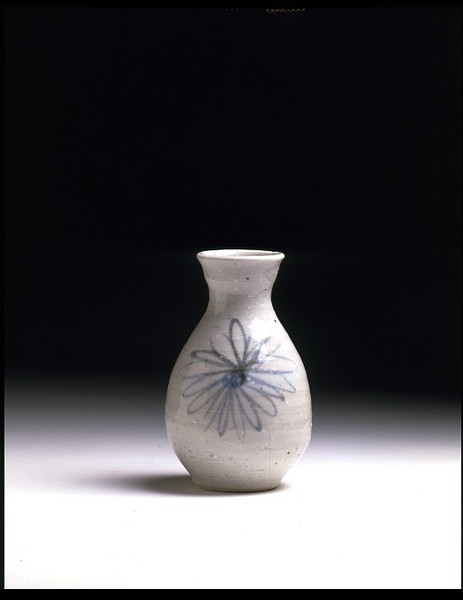 Exhibit in the V&A 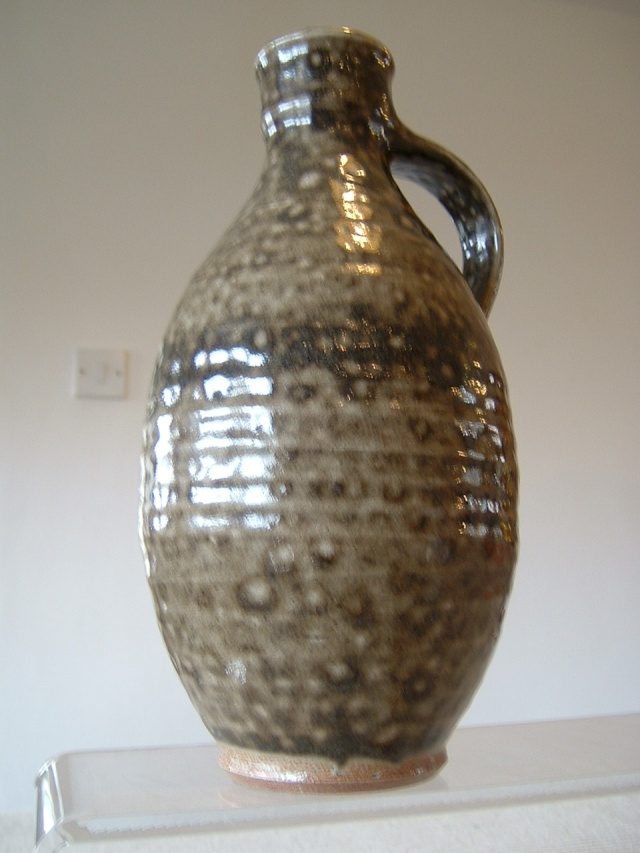 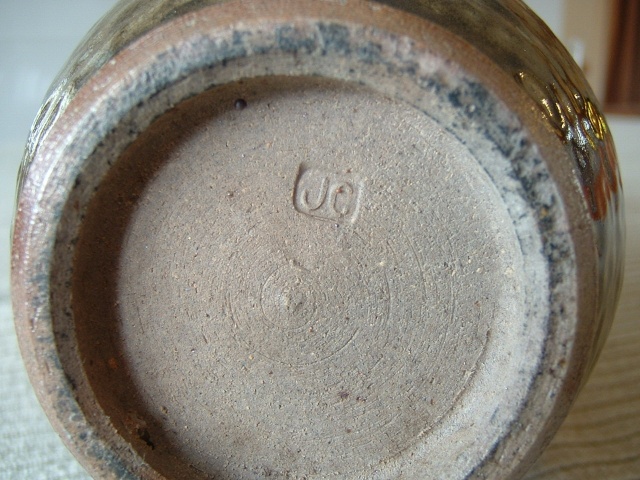 I found one with this NZ pottery mark too, but unfortunately not with JC's mark.