Here are some of mine: 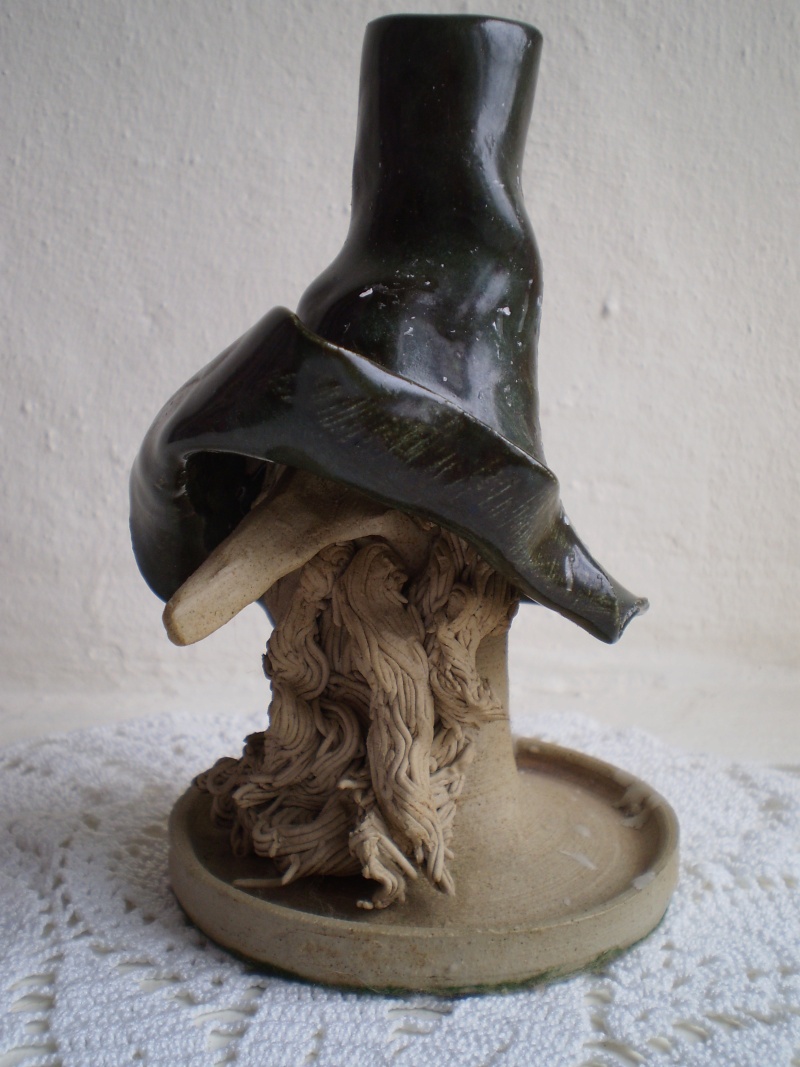 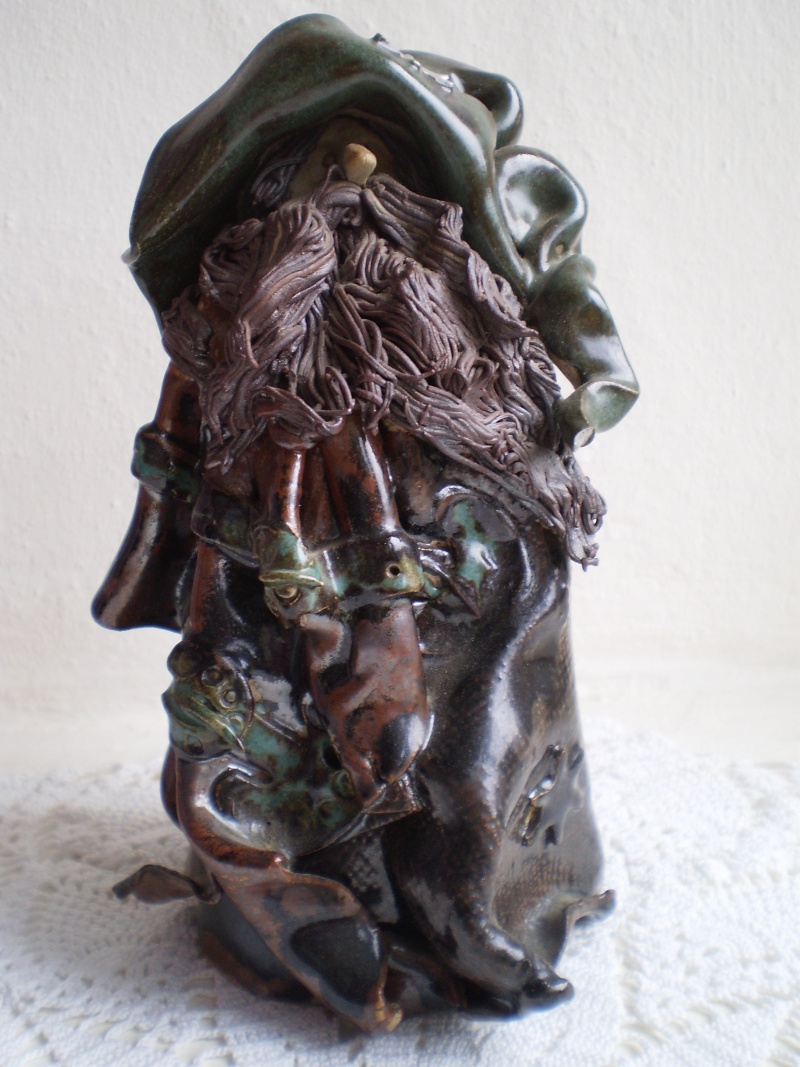 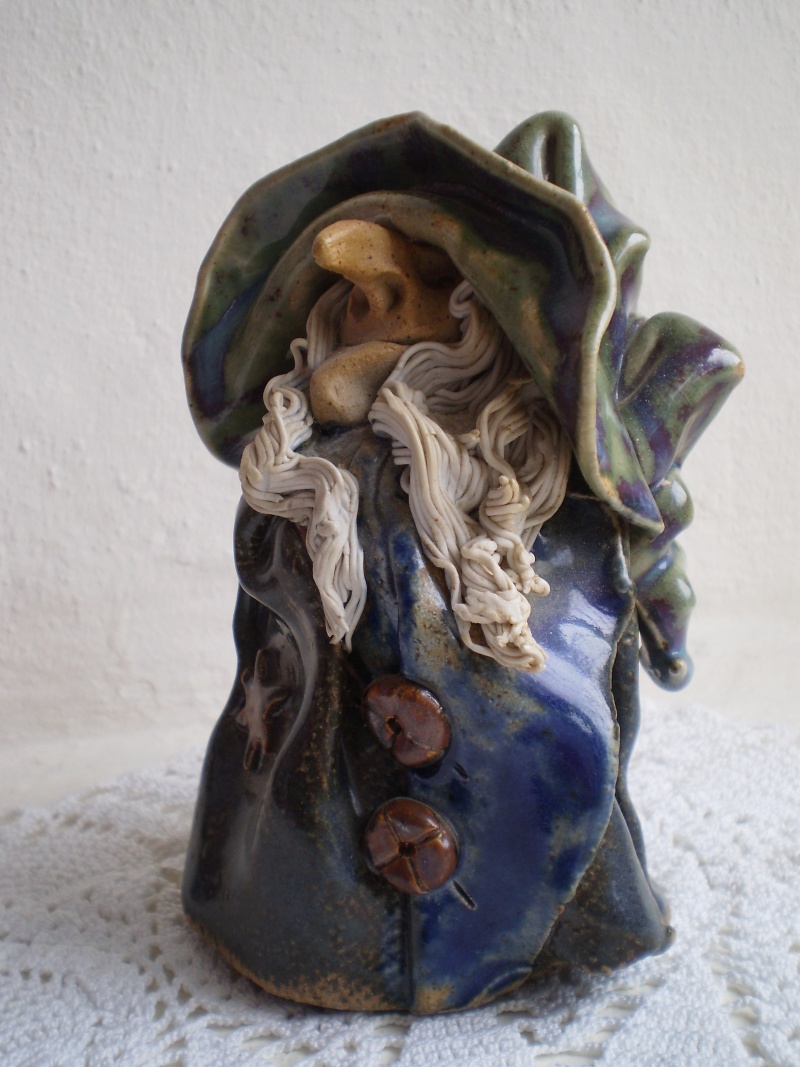 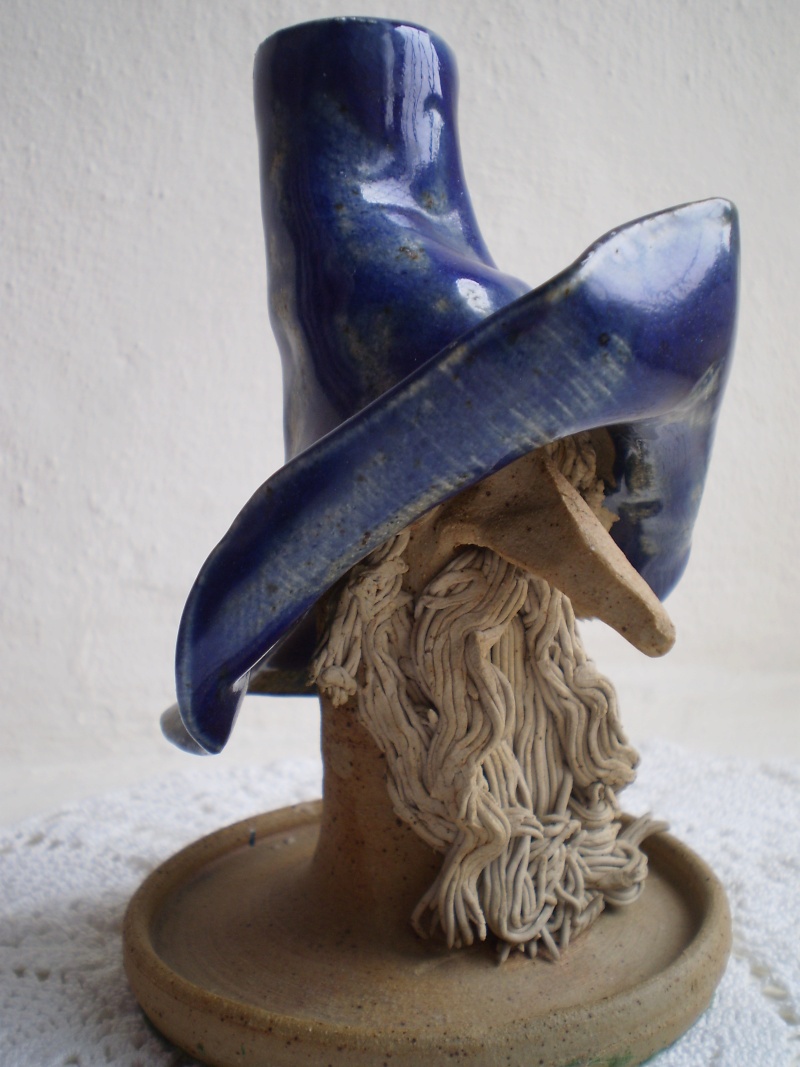 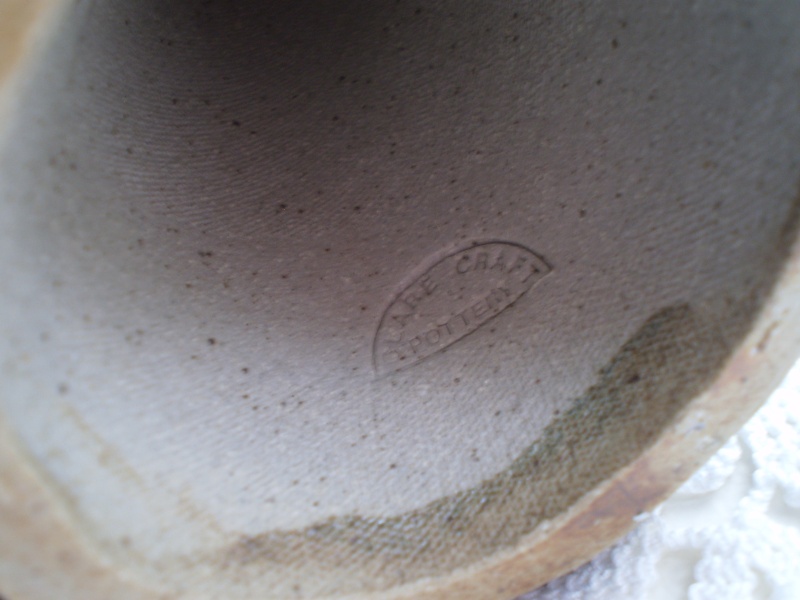 mal - I hadn't realised they did stuff that was actually pottery. All of mine are resin and I was wondering which section to actually post in. Not even sure if my 'inferior' resin ones should go here

I'll have to keep a look out for pottery items. All of mine were purchased new over 20 years ago.

As well as this wallnut, they did a fairy flattened by a golf ball "the unwary fairy" which I wish I had bought and would still like.

All the others are Clare Craft.
This last one is CLARECRAFT.

As I said in the other thread. I was told by the shop I originally used to by them from, that the company was sold, and to my eye the quality of painting greatly declined and I stopped buying them. Although I also heard that he later re-aquired the company. Not sure on those facts or the dates.

I can see the difference. Some of mine do have a few chips though. Not that surprising when you see all the little "wormy" bits!

I've finally managed to get myself some of these Clare Craft 'Wizards'. Some are more or less perfect, some have slight damage / repairs.
A couple of others got smashed in the post

They appear to be stoneware. They are heavier than I had expected and the detail of most is fantastic. None have labels anymore, but most (not all) do have a backstamp up inside - so the clay was obviously stamped before they were made. I've also done some searches on Bernard Pearson, so will add info in a while as well.

A few to start with, I'll add the others later.

From what I've been able to find across the internet.

He went to art college for a while before dropping out and setting up his first pottery in 1967.

Bernard and Isobel Pearson founded Clare Craft in 1980. For much of it life it ran from Woolpit in Suffolk, but it seems the pottery started from a small shed in the suffolk village of Clare - which I guess is where the name came from.
As well as these 'Wizards' and other figures made from hand rolled slab clay, he also later made resin molded figures of various fantasy creations - such as dragons, Ents (tree creatures/people/faces), faeries, and faces looking out from Nuts & Seashells. Plus other things.
In 1990 they aquired the rights to produce Diskworld products - which unfortunately seemed to dominate their production afterwards.

In 1993 the company was taken over by Trish Baker and Sally Crouch, who I understand were employees of Clare Craft. It seems to be at (or about) this time that the name changed to Clarecraft (one word). Bernard continued to make Discworld figures. At it's height the company employed 29 people.

Someone on another forum posted from an email from Isobel Pearson about the 'Wizards' (hope I'm allowed to post this here)
"The beards varied depending on which clay we used - porcelain for white
beards and a high iron content clay for red. Each wizard was hand made
so the sizes did vary - there were measuring sticks around but the angle
of a hat could make a difference."

It seems that Clarecraft ceased trading at the end of August 2005. Although it also seems that Bernard and Isobel continued to make Discworld figures afterwards, in Somerset.

It seems that he continues to work on Discworld stuff and I read that now he is retired he plans to spend his time pursuing one of the dreams of his life - to do and make exactly as he wants to.

Hopefully that will include hand mand pottery items.

NaomiM wrote:I found a witch in a local charity shop and gave it to her one Christmas.

That was brave of you - or unkind

No, she asked for it. Honest.

Saving probably the best till last.

A very early item, from 1981 when they were still in the village of Clare.
Aprox. 20cm tall, 12cm wide and 1-3cm thick.
Hand made from slabs of clay, rather than the molded 'plaster of paris' type material later items of this type were made from.

Hi I wonder if anyone can help?I have had a collection of wizards fo early ClareCraft from the 1980s when I when I got my first one at 18.
Amongst them are two witches. It was only 7 years ago when I wrapping them in paper ahead of a redecoration of the rook they were on that I noticed inside was written Isobel Pearson 2/7.
I have done a few searches since and haven’t seen anything with her name on. Does anyone have some too? They are’nt marked as clarecraft like the wizards.

Isobel was the wife of Bernard Pearson who founded Clare Craft. I assume they both made the figurines. They where both very keen enthusiasts of Terry Pratchet and Disc World. Clare Craft produced the first Disc World figurines, with Pratchet’s blessing.  And the pottery later split into Disc World and Clare Craft companies. 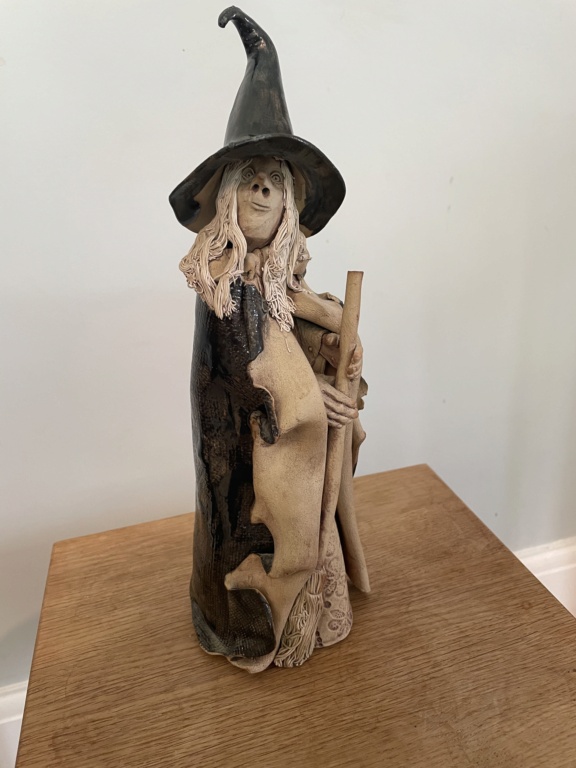 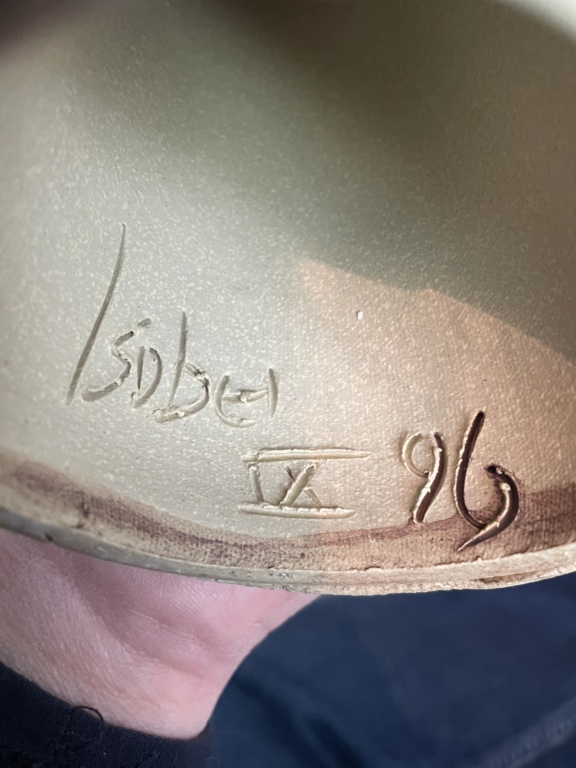 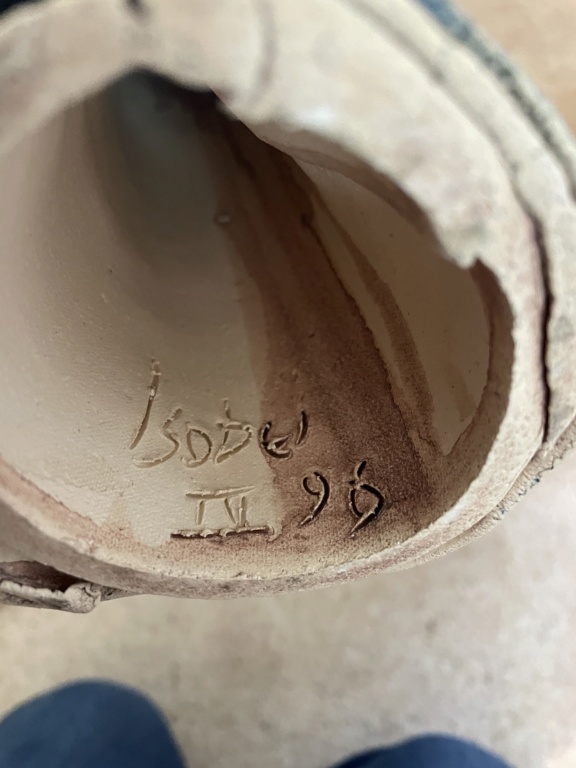 Oooh good to know. Thanks. I have three 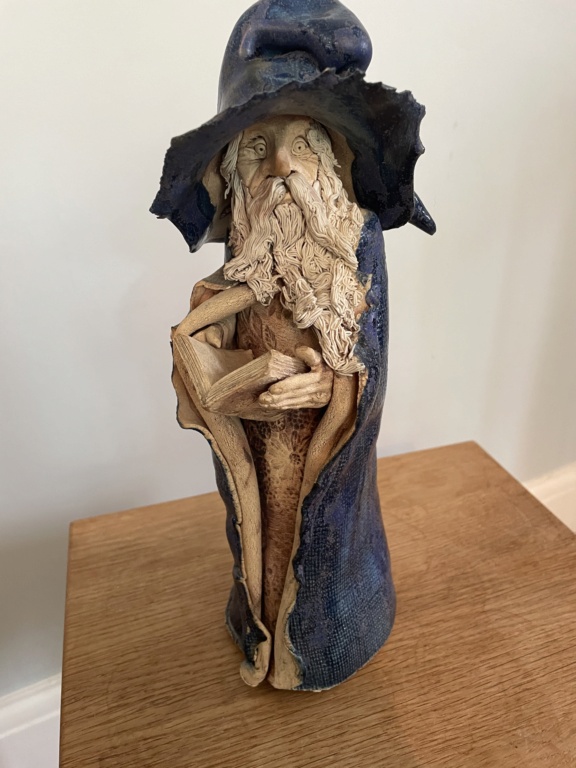 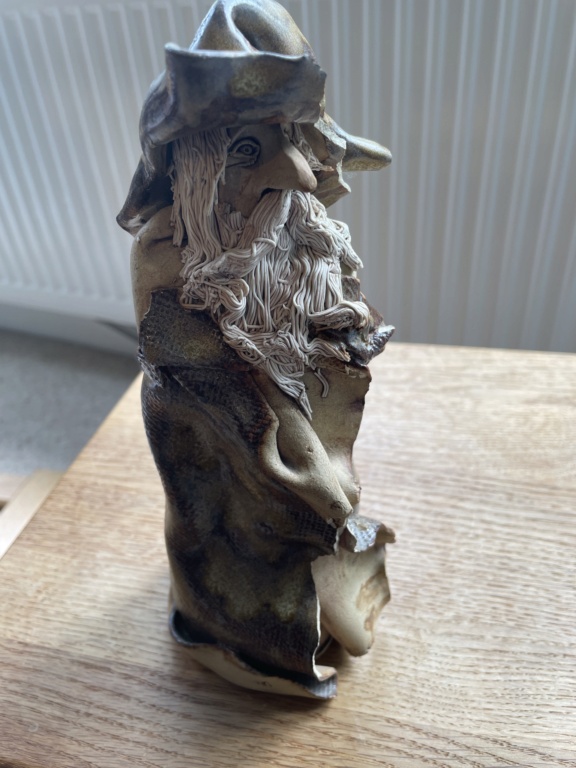