Can anyone help with these drawings please???
They are unsigned.......thanks 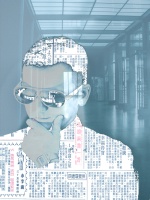 sorry these may or may not be 20th Century - oops!

Don't worry J, still interesting. If we find out they're not 20th Century we can put them in the lounge.

Jimjam, i'm curious as to why you started the thread with the title, Frederic Lord Leighton drawings if you don't know who they're by? do you beleive that they're by Leighton and are just after confirmation?

I don't know about the first (the torso sketch) but the other (the portrait) looks far to late to be by Leighton. The womans face is much more 20th century, perhaps 1930s/40s. I would say that stylistically it reminds me more of Augustus John.

bistoboy - A friend took them to show a curator at Christies Auction House in London who took a look at them and she thought they may be by Leighton.

I will also look up Augustus John - thank you