I visited the Coxwold Pottery recently.

Sadly the pottery is not active at the moment because Peter Dick is ill. I got the impression that this year they fired the kiln for the last time. Hopefully this won't be the case.

There are still some of the pots left for sale as well as some old work going back to the start of the pottery in the 1960s.

Here is a small vase marked with both the Coxwold and Peter Dick's personal marks. Oriental/Leach in style. I think I am right that Peter was at the Leach Pottery for a while and was very active in the Studio Pottery world in it's 1970s heyday.

We wish him all the best.

An older piece I've had for some time.

As far as I know Peter didn't work at the Leach Pottery - he was a Cardew man.

I think he dropped out of University in 1959 and embarked on travelling around the world for a couple of years during which time he became interested in pottery, after meeting Michael Cardew in Abuja, Nigeria. He worked with Cardew there for about a year (1961/2) before going to Winchcombe for two and a half years, as an apprentice to Ray Finch.

who made this beautiful footed bowl with maker mark impressed at the base? 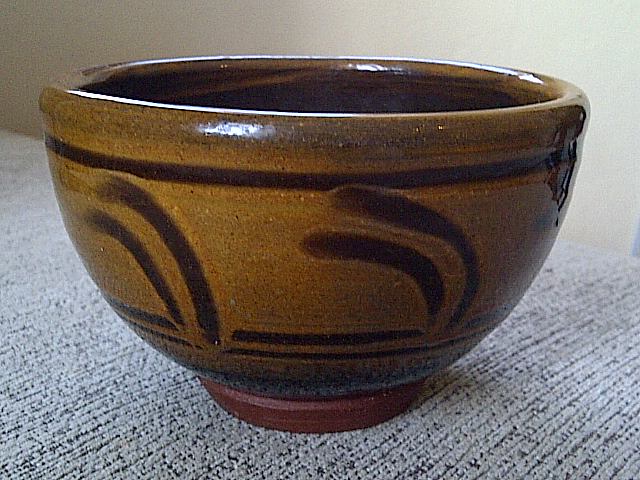 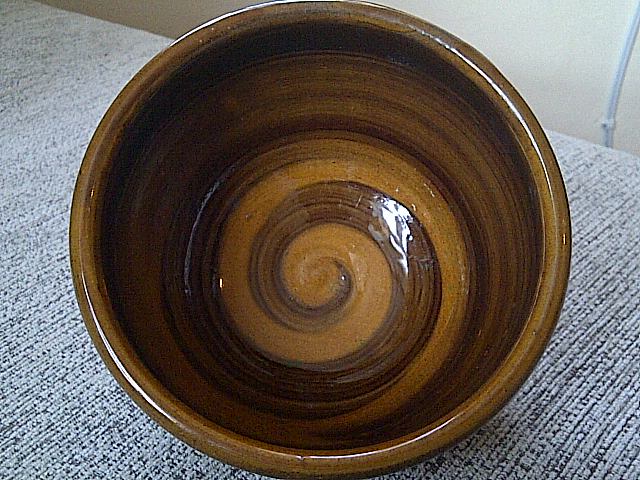 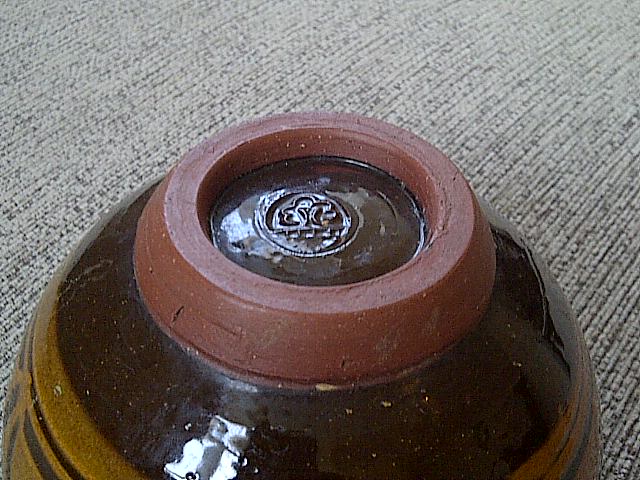 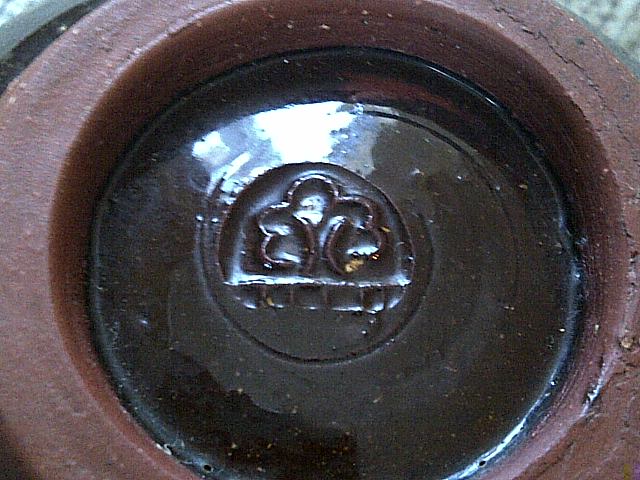 It is probably worth adding that this is an early piece from Peter and Jill Dick's Coxwold Pottery in Yorkshire - the mark dates from 1965 to 1968.

Peter worked at Abuja in Nigeria with Michael Cardew in the early 1960s and then came to the UK to work at the Winchcombe Pottery where he met Jill.
_________________
Now you should know by now that Potty and I need to see your bottom - we're funny that way! 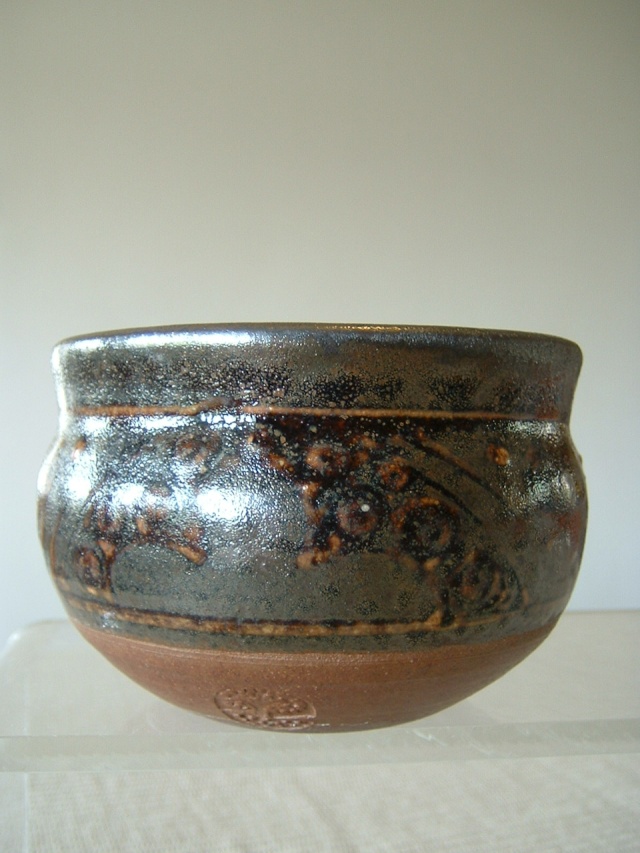 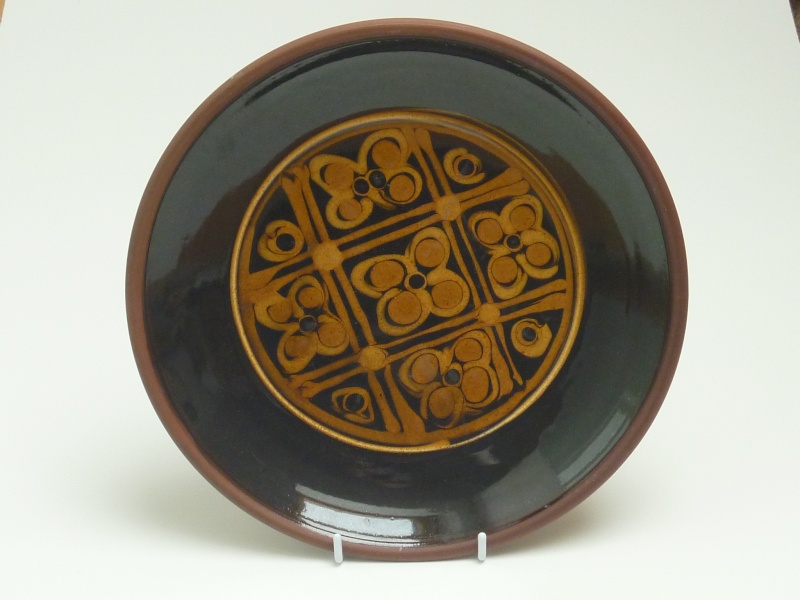 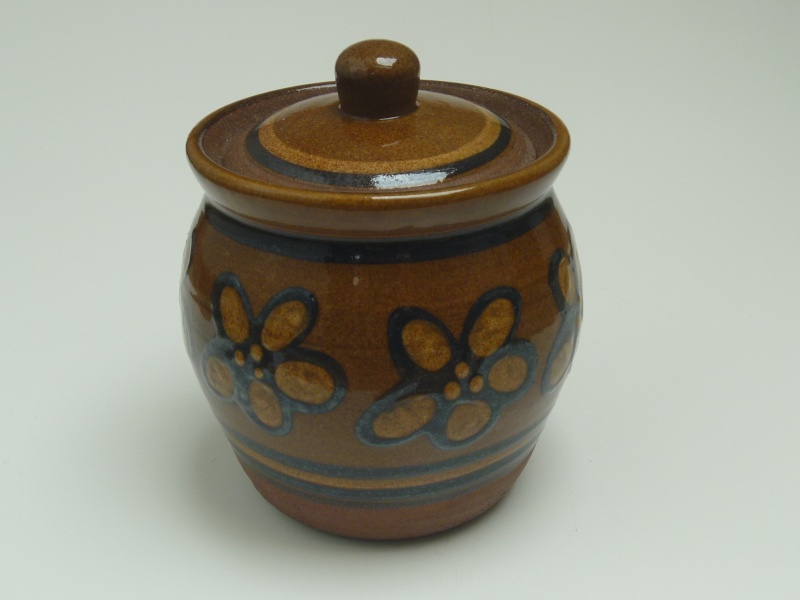 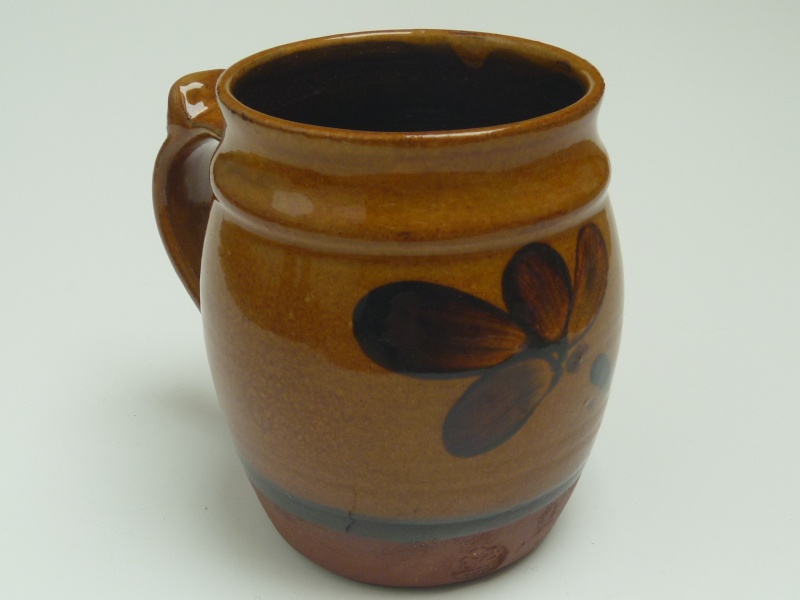 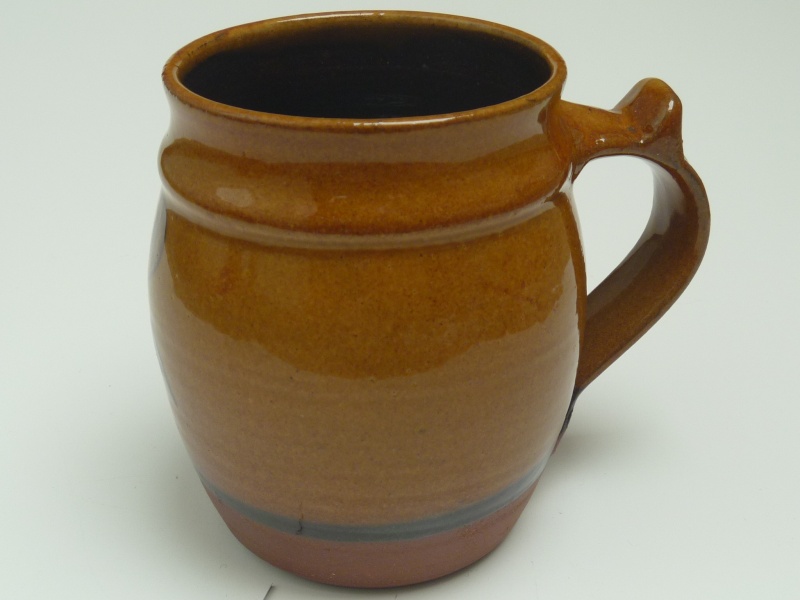 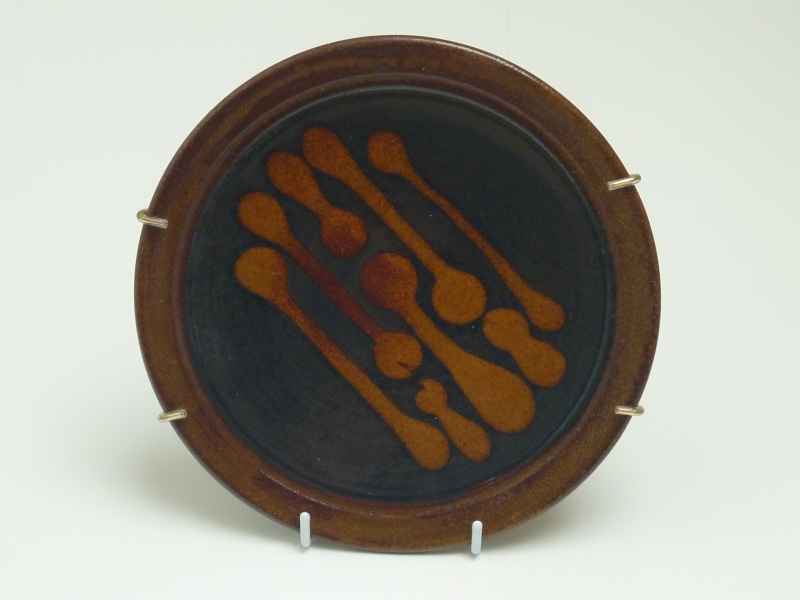 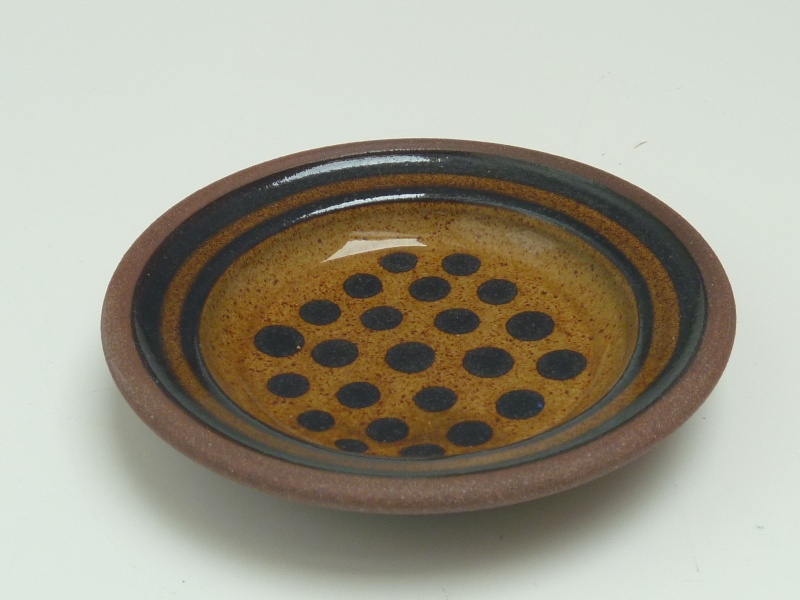 Today I found my first piece of Coxwold, 7" chicken plate. 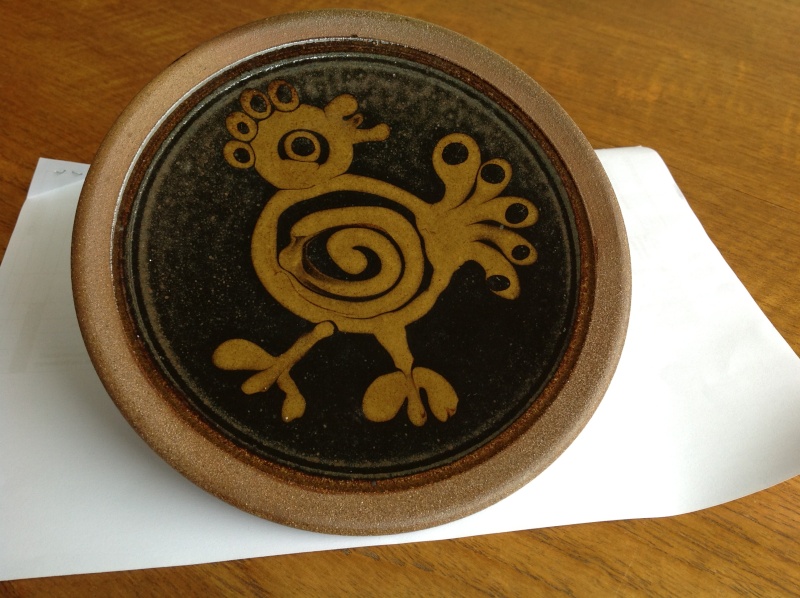 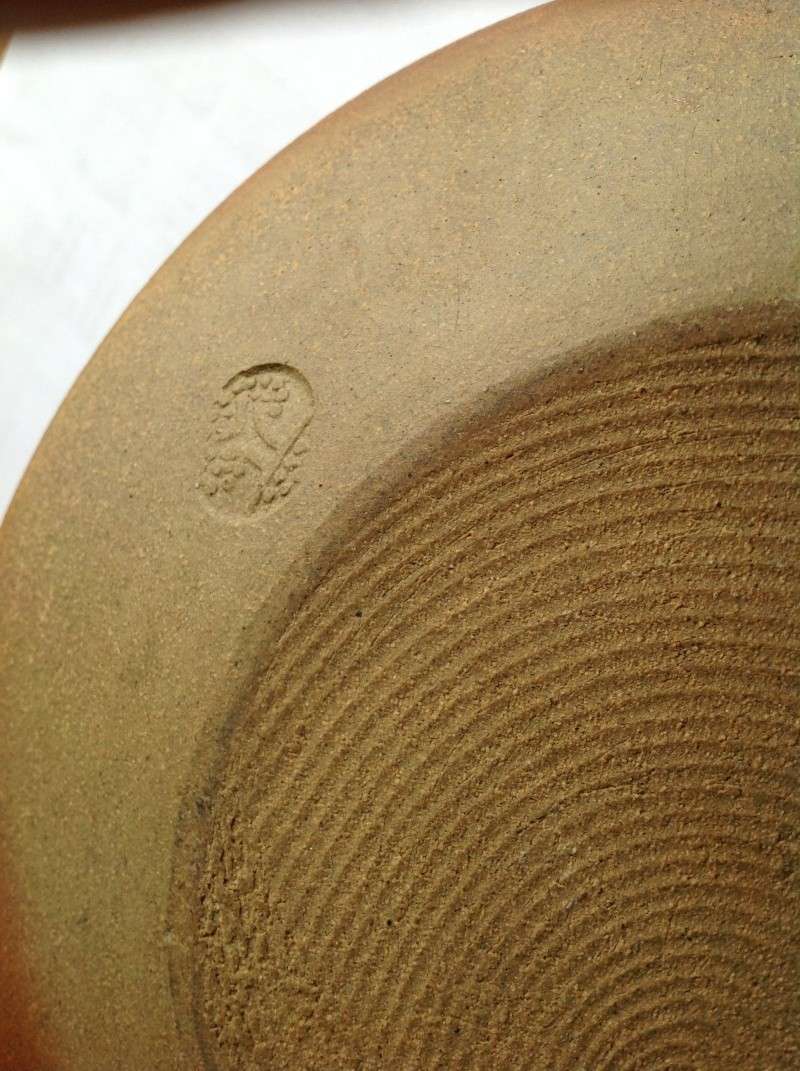 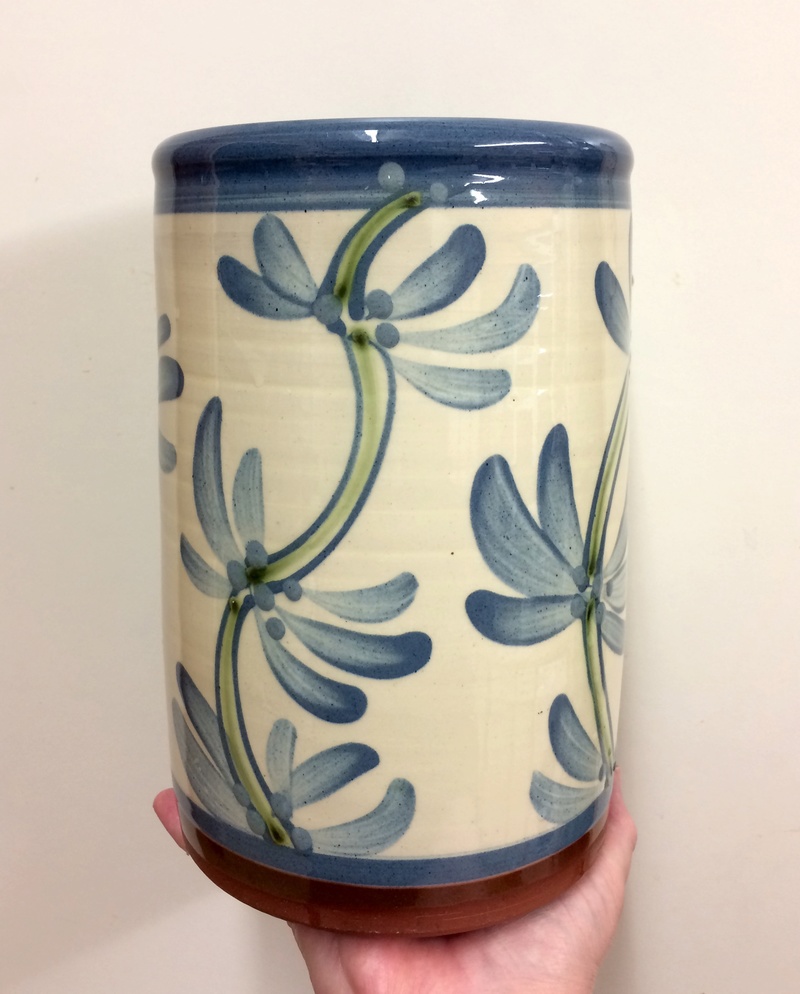 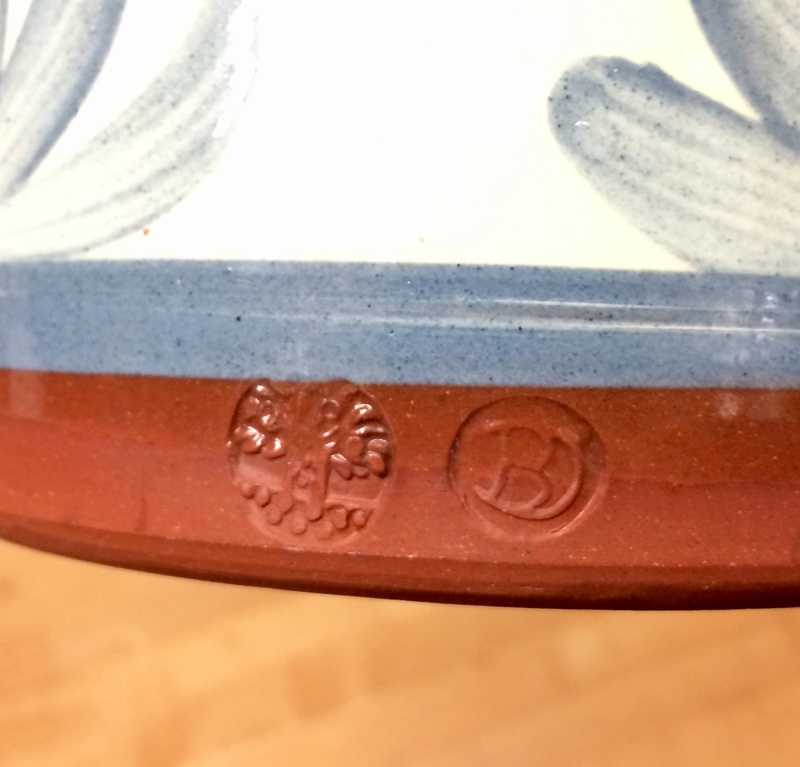 A small casserole dish apparently made by Peter Bruce Dick while working for Michael Cardew at Abuja Pottery, Nigeria, in 1961-'62. After his return, he worked at Winchcombe, and then started Coxwold Pottery with Jill in 1965.

Also posted it on the Abuja thread for completeness. 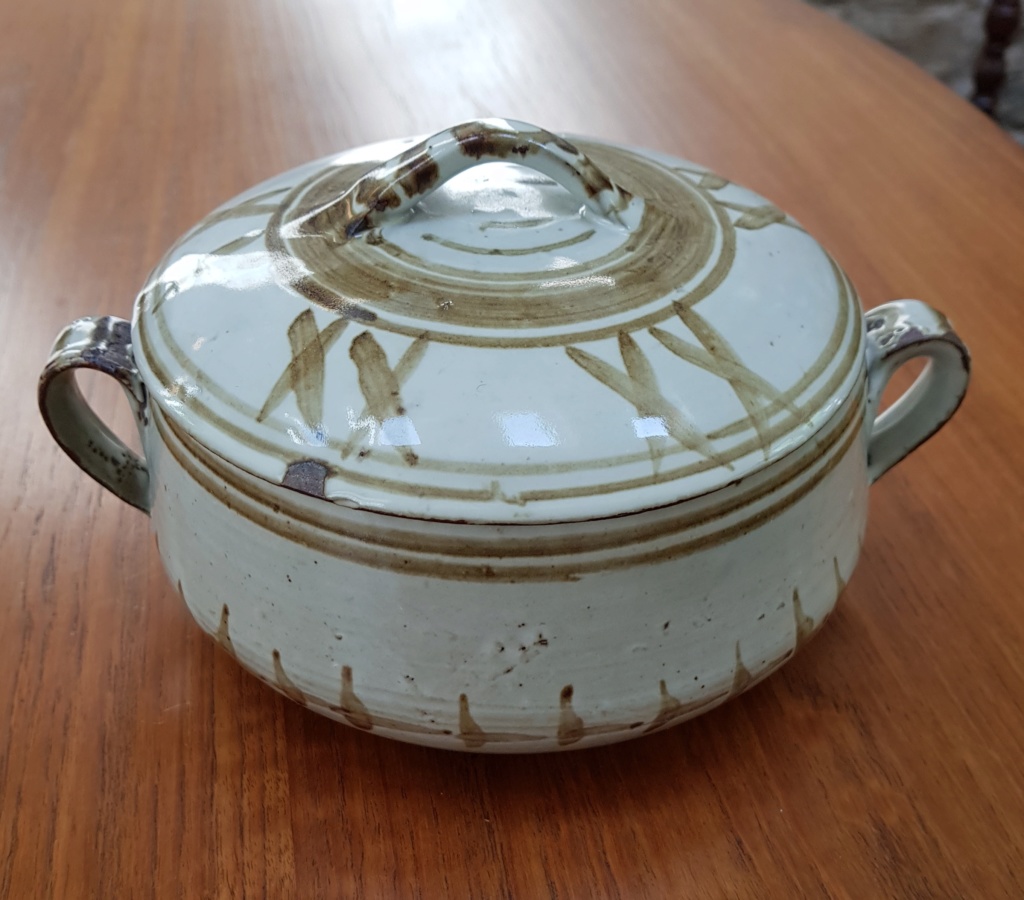 Thanks Naomi, and also thanks to Pamela for her help with ID

Hello, first questions are re Coxwold, then have some other potters marks to identify .. . .

Hello,
loved looking and reading this thread.I have collected Coxwold for many years . .
I would like to follow up the talk on the pottery marks used, and maybe learn a little more.
Will share some photographs of my pots and their marks . . . .
My main question revolves around his early mark, earlier dated as 1965 -1968 . . . interesting.
Are there other variants?  I was starting to think that he used a bigger stamp with less dots and then moved to one which was smaller with more dots?  (or was size of stamp dependent on size of pot?)
He also produced pots with a hand decorated slip' mark to base.
Was interested in the marks to the early casserole pre Coxwold. 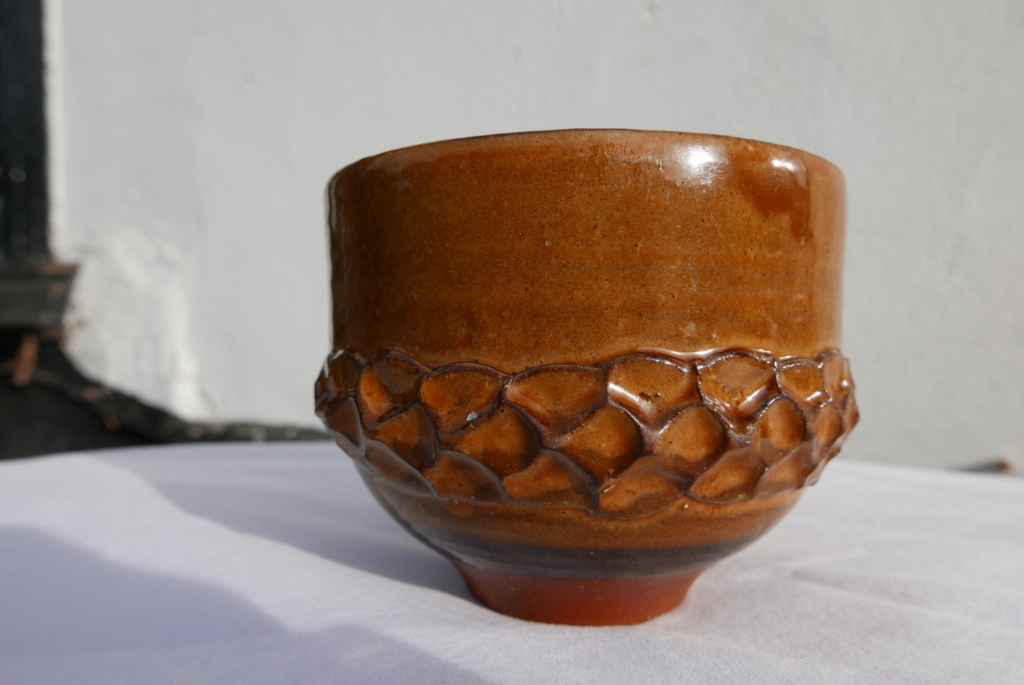 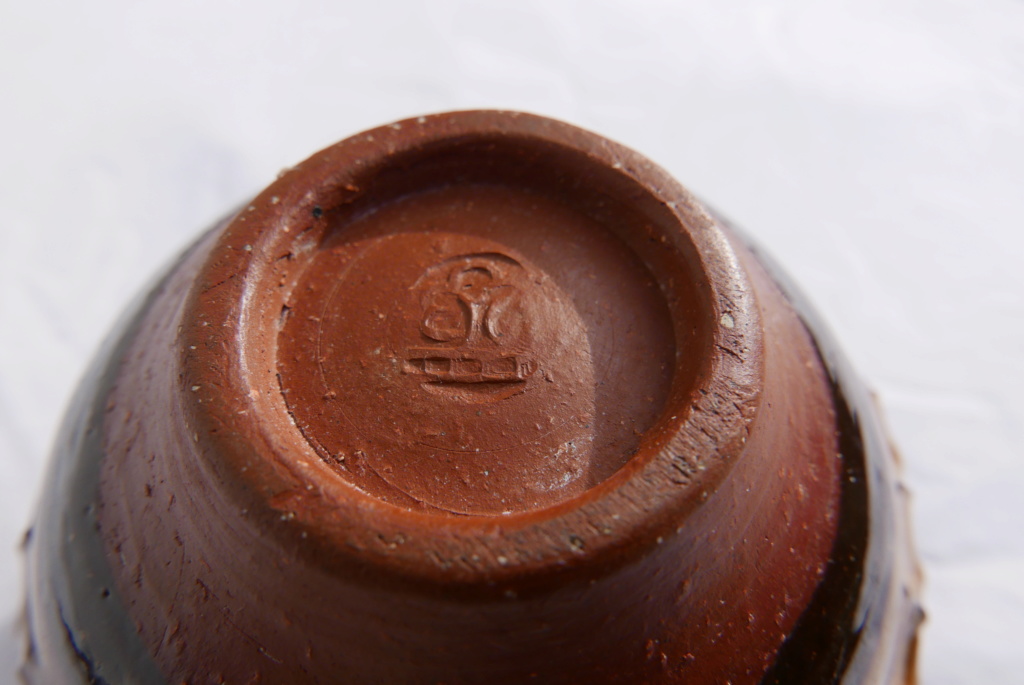 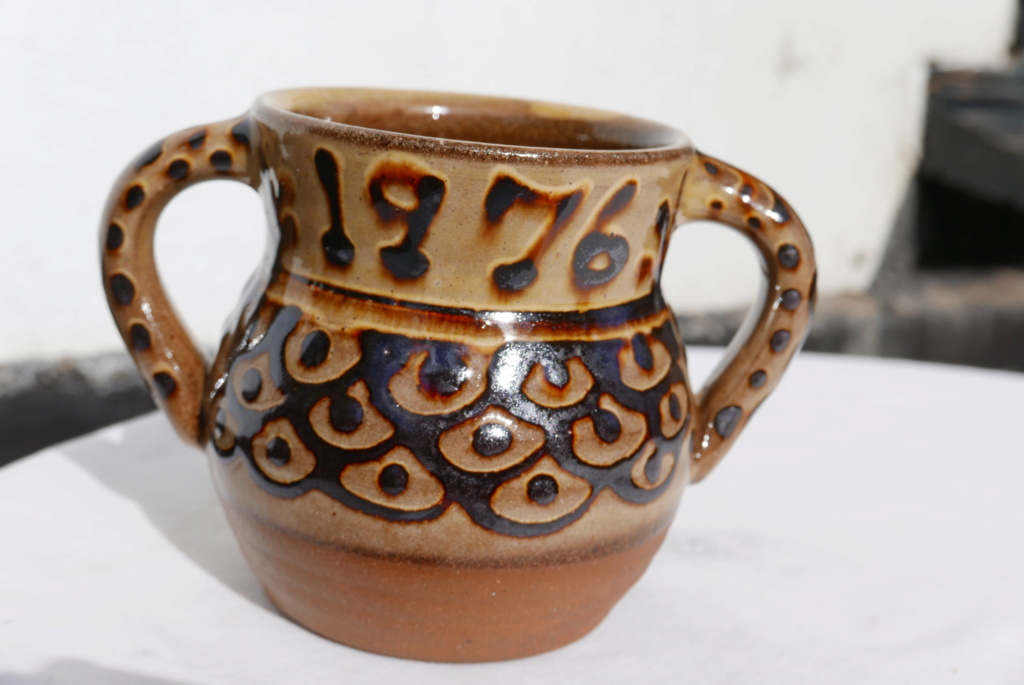 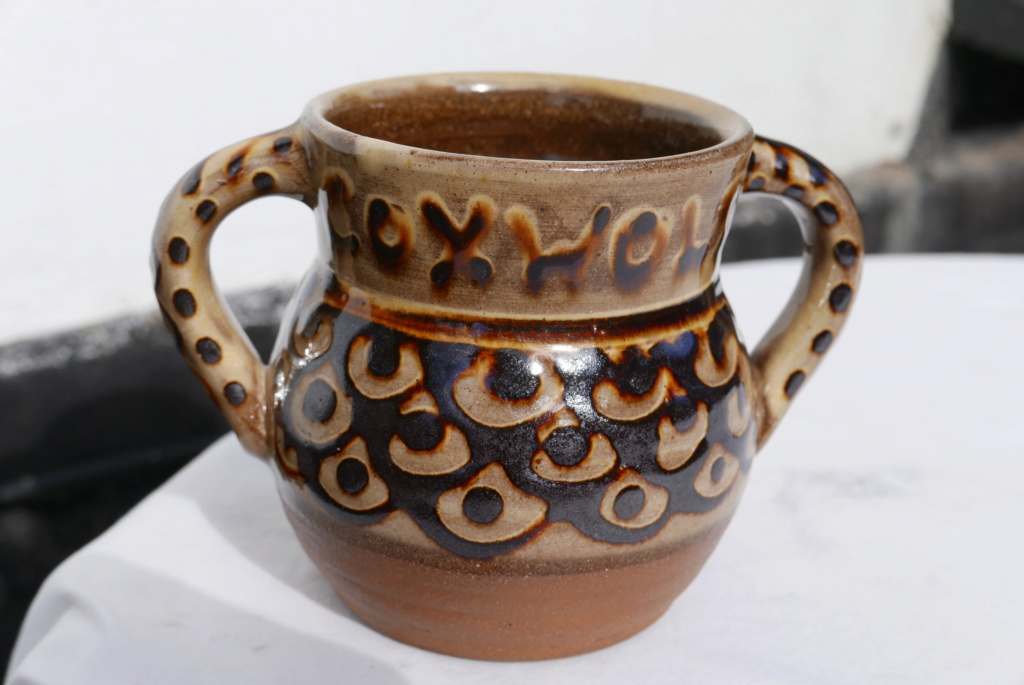 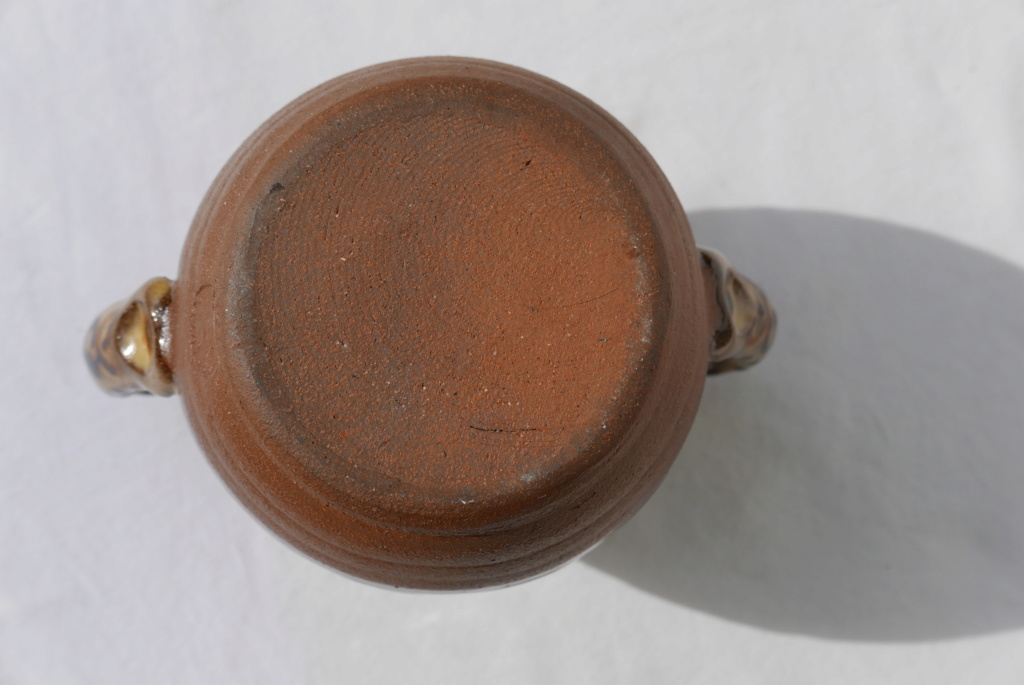