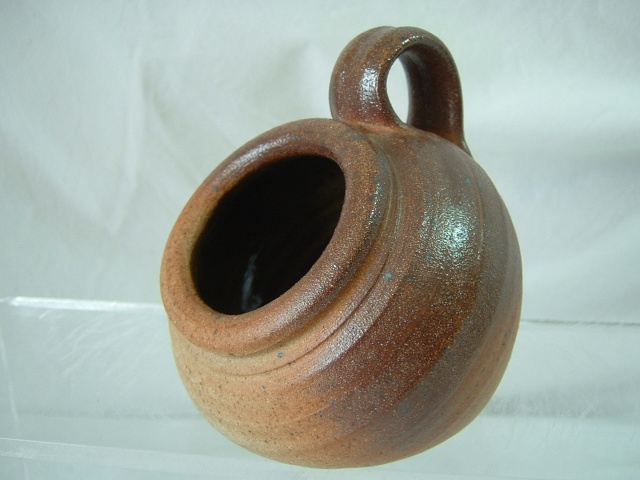 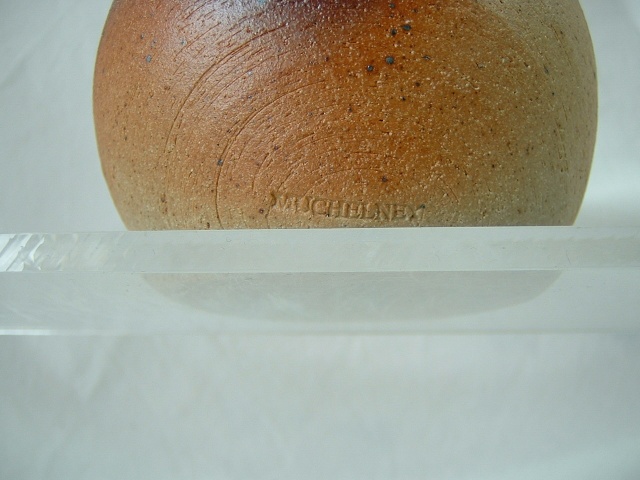 Love Muchelney pottery - that toasted clay effect is so attractive. Here are a couple in my collection:

Just seen a couple of possible Byron Temple pots in the ID thread so thought I'd post this Muchelney beaker I got in an auction lot recently. It was one of a pair the other sold to an American buyer. I tentatively identified the other mark as by Byron Temple given that BSPM says he worked at Muchelney as well as Leach St Ives in the 1958-61 period. However, other sources including a research essay by Rob Barnard I found online disagreed. Anyone have any idea?

I have a Byron Temple vase which looks very much like a Mulcheney one.Plus I previously owned another Byron Temple vase-and have seen one other in auction- which had John Leach's atypical 'Black smoke' dry glaze.Without the Byron Temple mark,you would have assumed it was a John Leach.
So,yes definitely,he did work at Mulcheney.

SP has kindly confirmed the ID via John Leach himself. Byron didn't work there but did visit and make a few pots. Means this one is very rare. I've let the American buyer of the other one know. 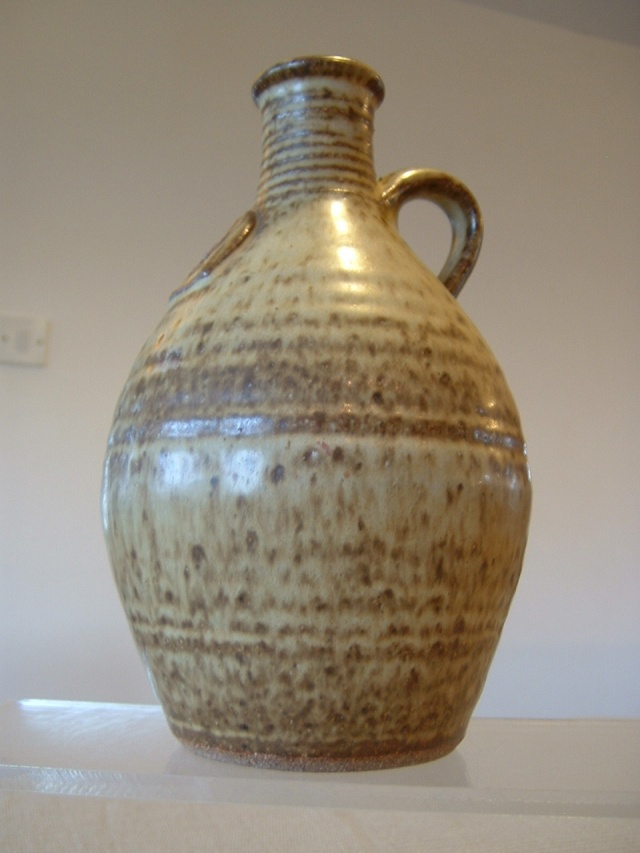 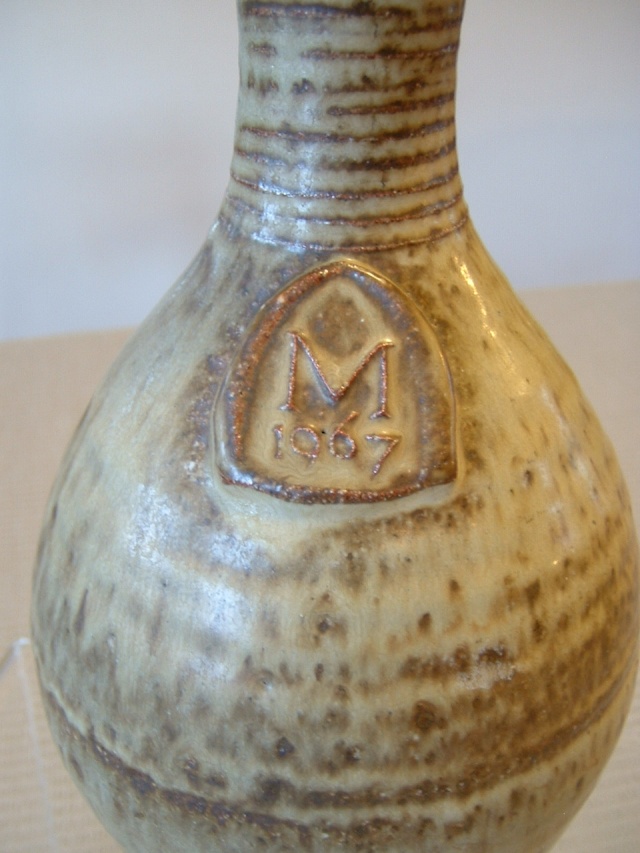 Why were these marked with dates ?I saw a 1968 one as well on the studio pottery site 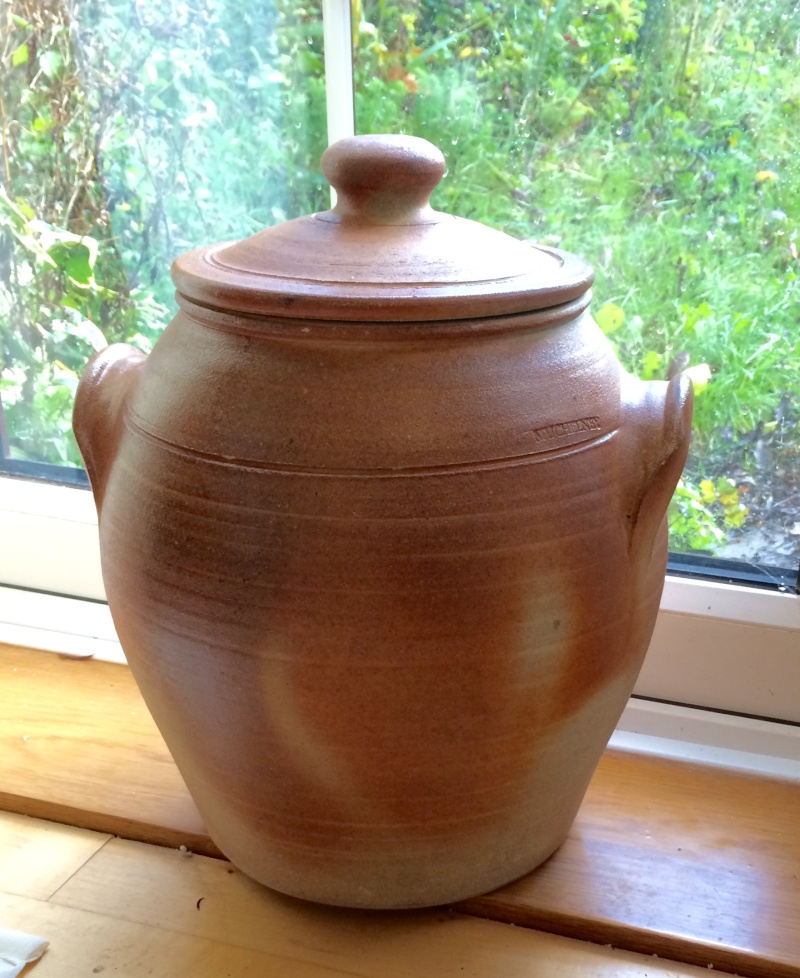 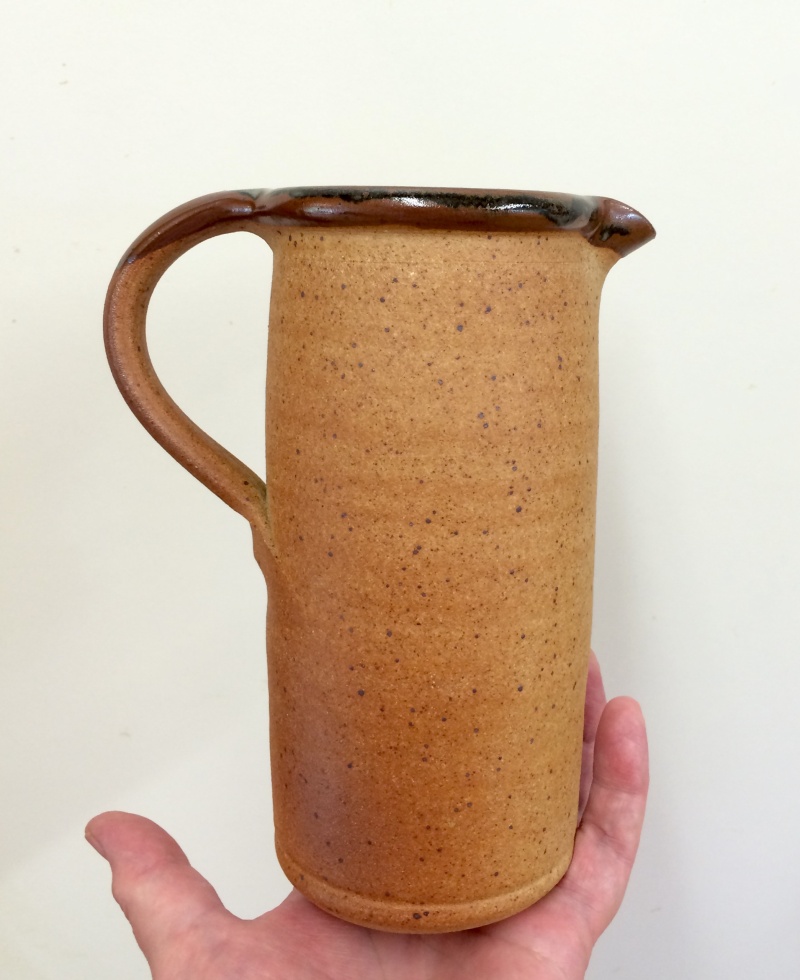 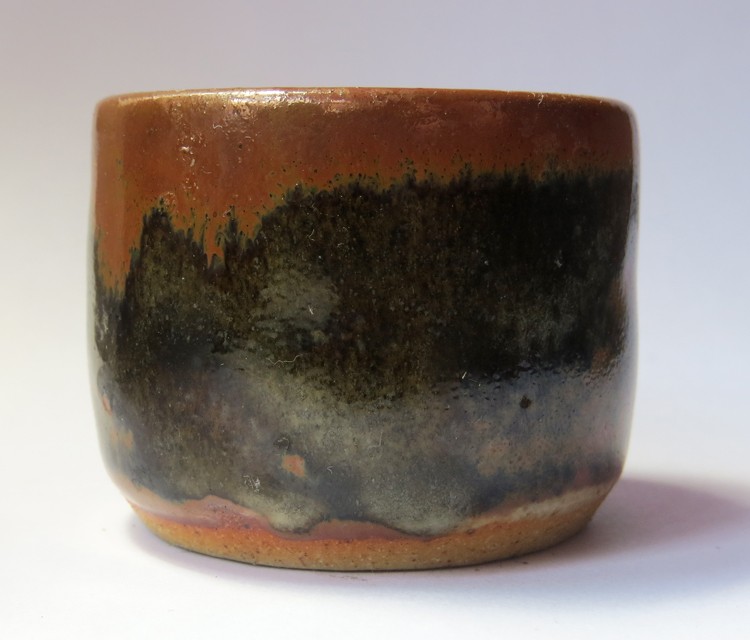 A 5" dia pot and lid with a green glazed interior... 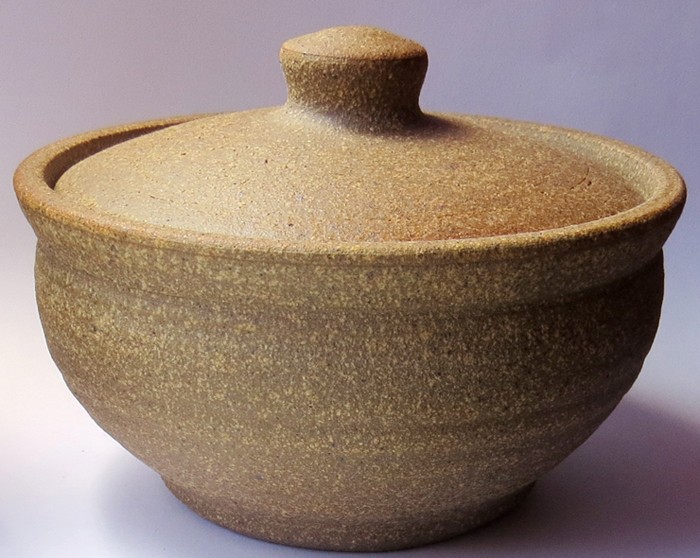 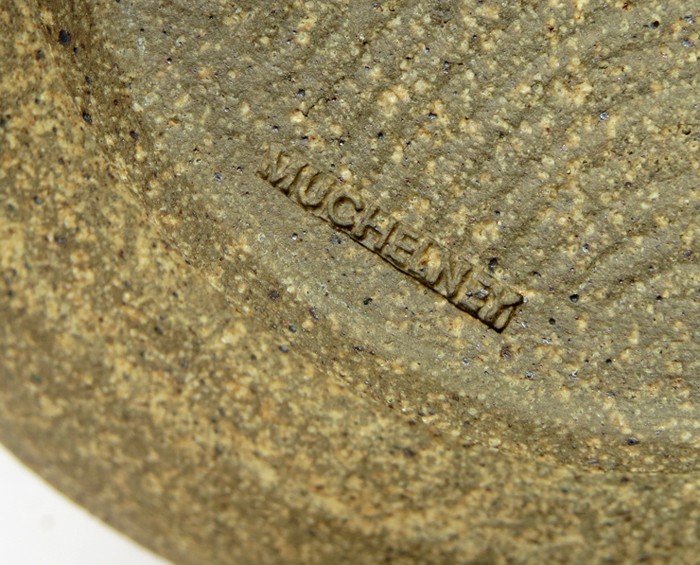 Early Muchelney Pottery teapot or coffee pot
(Happy to say this has gone back to John Leach at Muchelney). 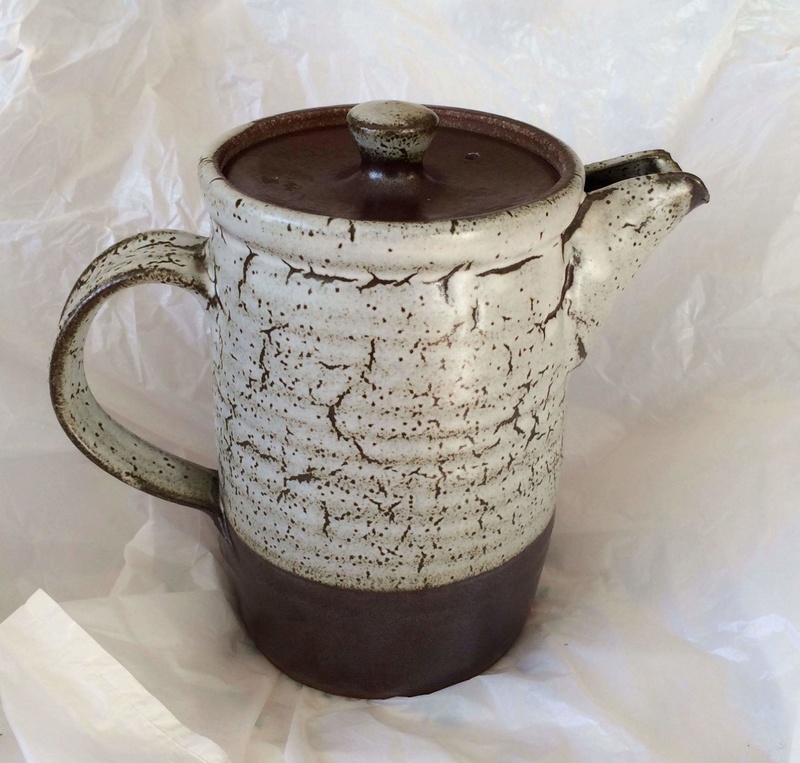 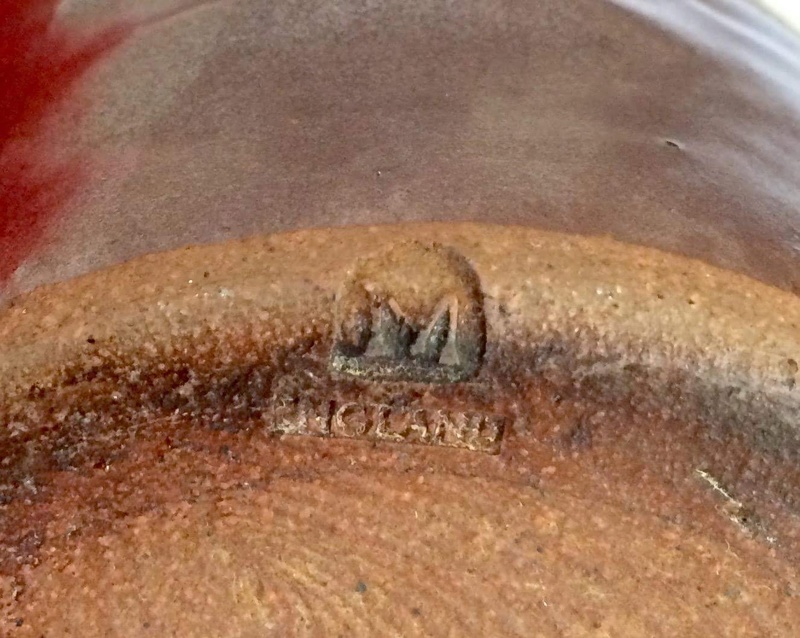 A rather heavily potted stoneware vase. 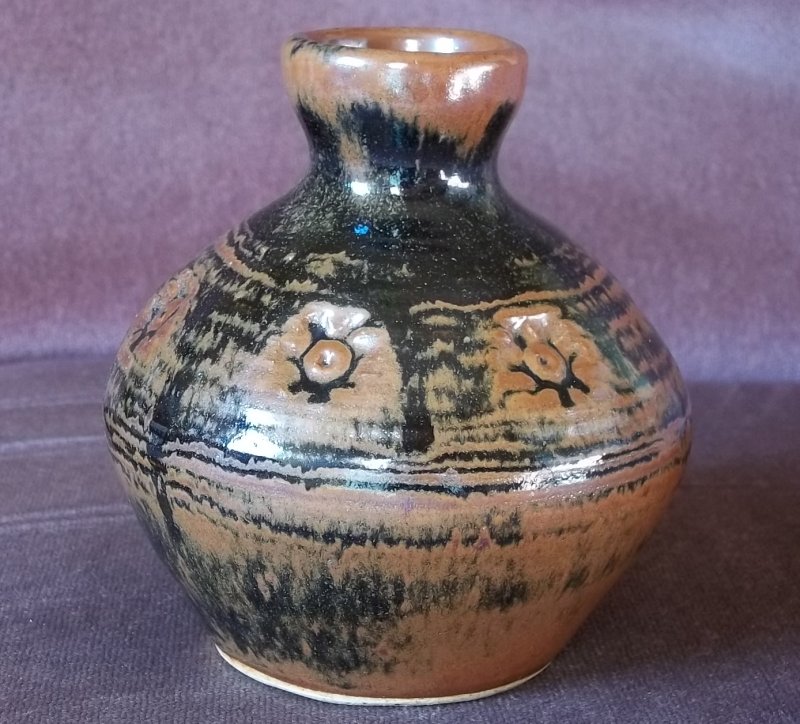 Muchelney Pottery bottle. Stamped on the base, plus ‘England’. I believe it dates from the 60s-70s when John Leach first set up the potter and was oil firing, before turning to wood firing. 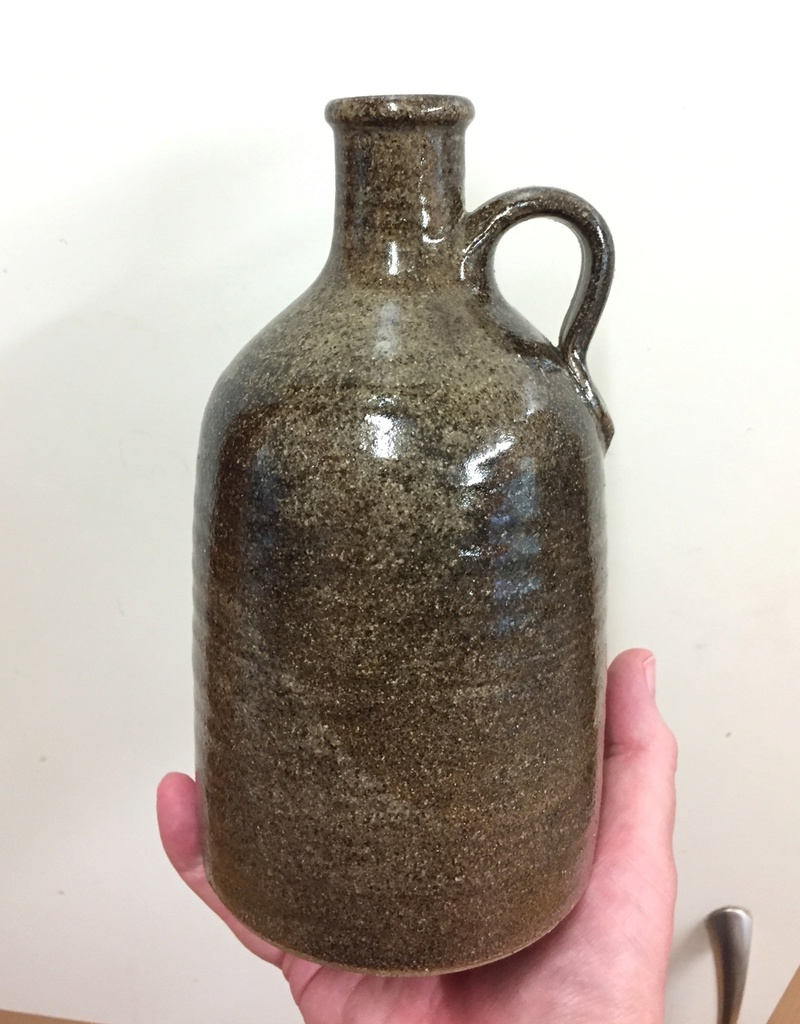