The small one was one of my first buys, the large one is my latest buy.
I think that Mr Morris is well underrated.

One of the main reasons why Anthony Morris isn't well known here is because he was only really potting in Suffolk for 7 years at the very most. He was largely self-taught but spent 2 months learning a few tricks of the trade from his neighbour at the time, Robin Welch.

In 1977 he returned to his native New Zealand and set up a pottery there with his wife. It seems to have been successful and remains active but if you go to the web site you will see that the pots are "slightly" different!

I can't find any reference on the internet but I was told that some people who worked with him did continue a pottery at Occold in Suffolk after he left the UK. They made similar types of pots with similar large marks.

Just had a look on his website and he has changed his colour scheme quite a lot.

This jug is 14 cms high and the marks are very large - one's an A can't make out the other one though. 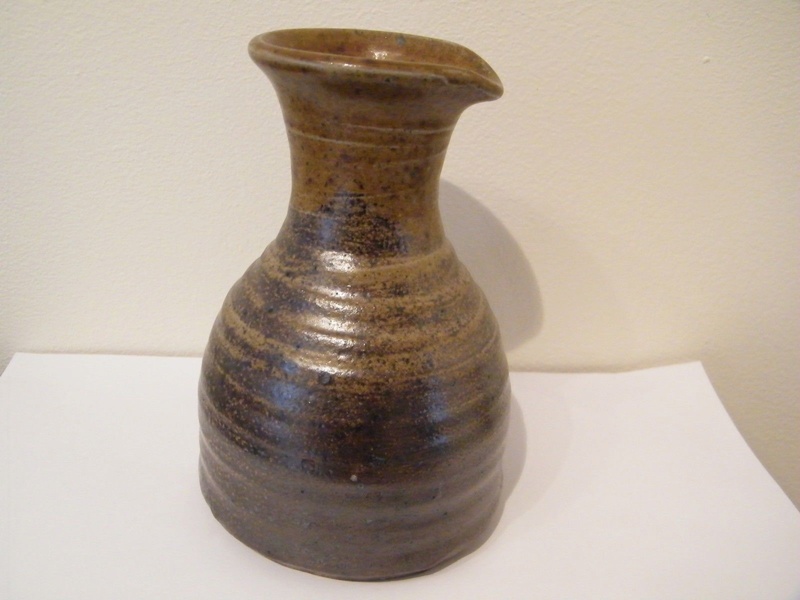 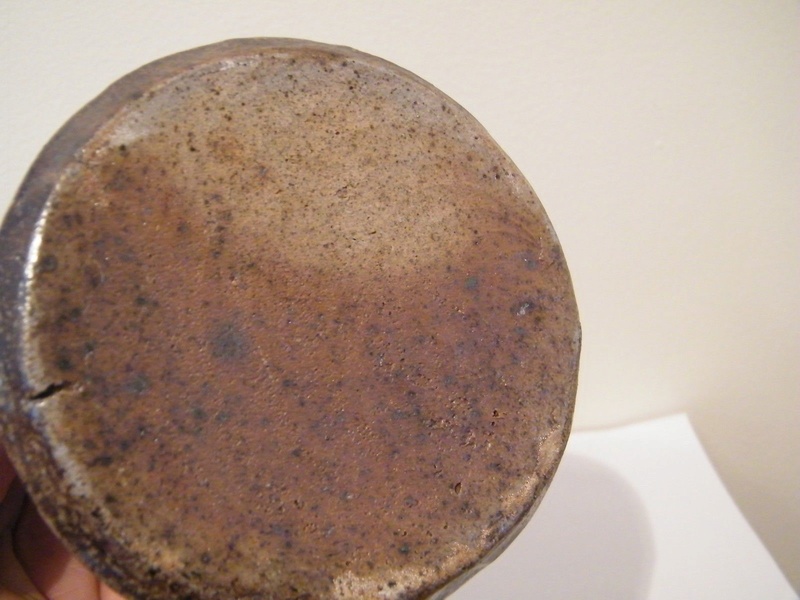 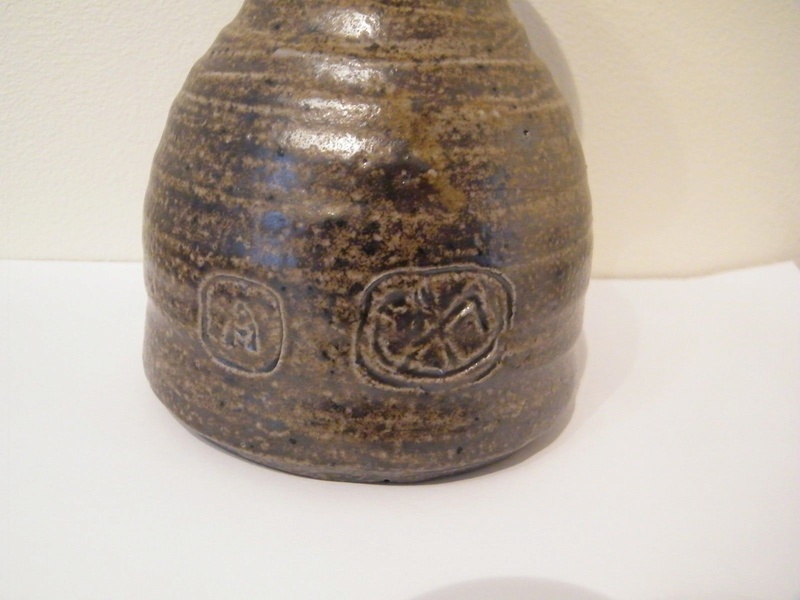 Hi, are those stamps on the work of Anthony Morris purely decorative, or are they his pottery marks?
Does anyone know?
Many thanks for your time.

They are his pottery marks rather than decoration but I suspect they served a duel purpose considering how plain a lot of his pots were. One is his monogram and the other is for the Pottery.
_________________
Carrot cake is just fake cake

Wow thanks for that NaomiM :D