Nicely made studio vase with ribbed decoration and tenmoku glaze, impressed potters mark appears to be NP with a dot below the P. The leg of the N seems to finish shorter than the P. Any ideas please? 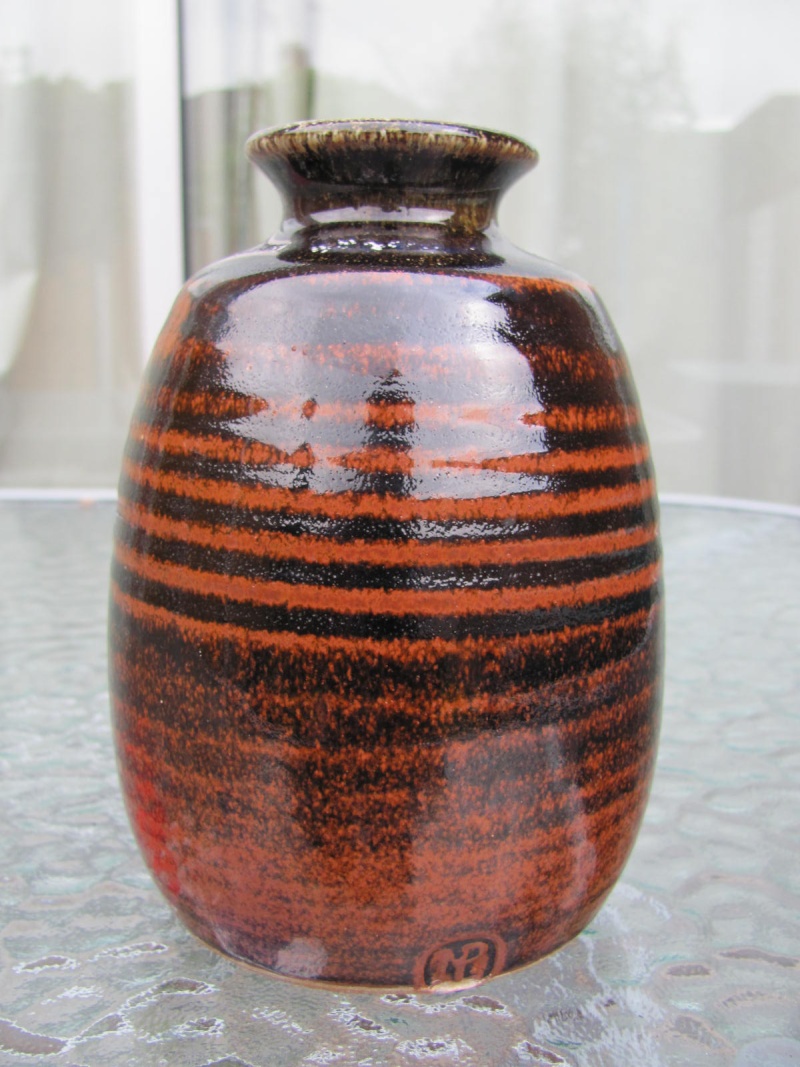 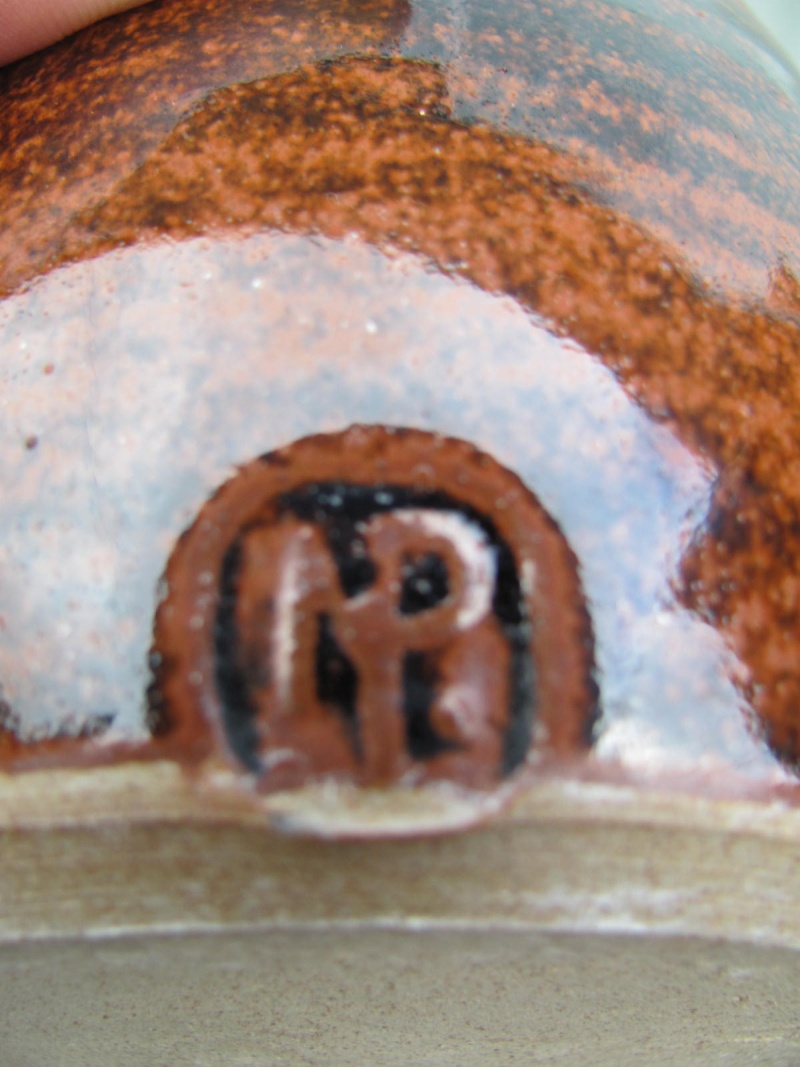 I've edited the picture, so the mark can be seen clearly 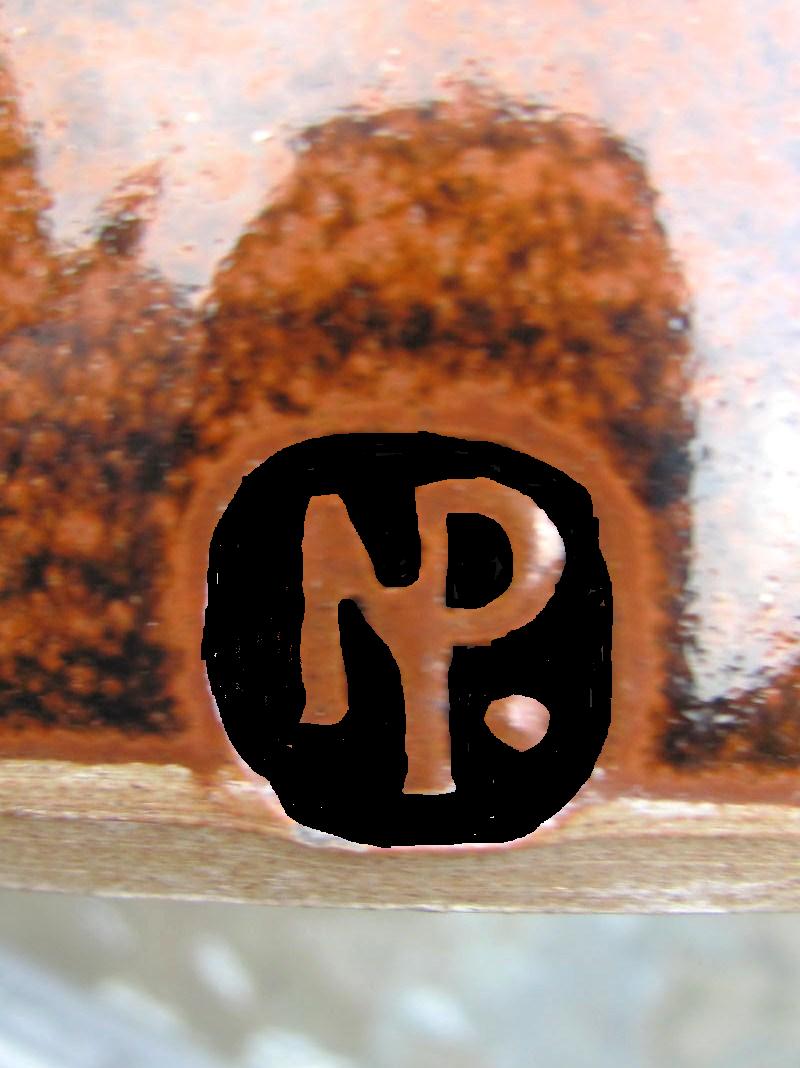 Car boot buy this morning , 10" High , mark is difficult to photo , but is impressed NP.
it has a foxglove type design ( what doesn't?) 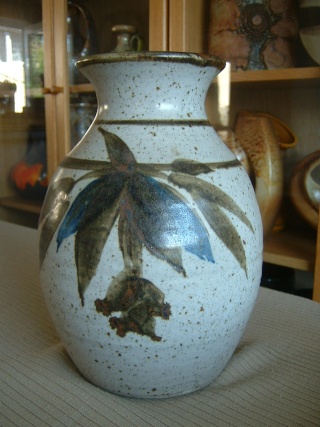 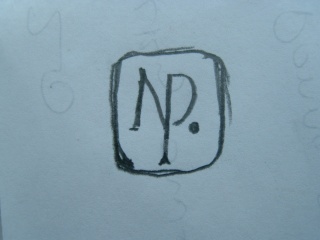 Mark looks a bit like Peter Clough for Nantwich Pottery?

Hi all. I have 2 items a vase and a bowl.They both have the same pattern and same impressed mark.I have looked on the net for hours trying to find out who made these items with no avail. If anybody has any idea's of whom it could be i would be greatful. Thanks 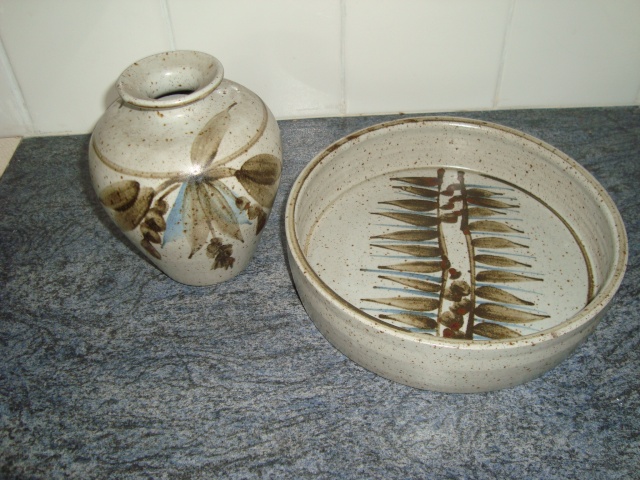 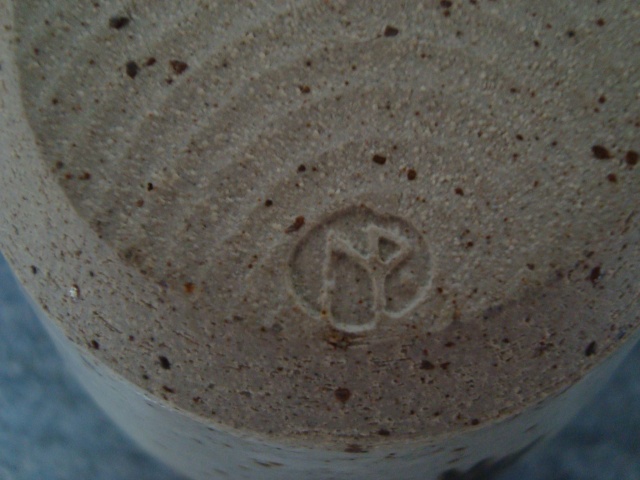 defo Nantwich pottery ,by peter clough. As big ed commented on my 2 pieces ,i e-mailed peter direct and he confirmed he made them for nantwich pottery

Thanks Naomi, there are a couple of pieces posted on the forum as well.

Nantwich Pottery, Peter Clough. Studio Pottery Vase.
Seal mark on the side near the base.
Height 20cm 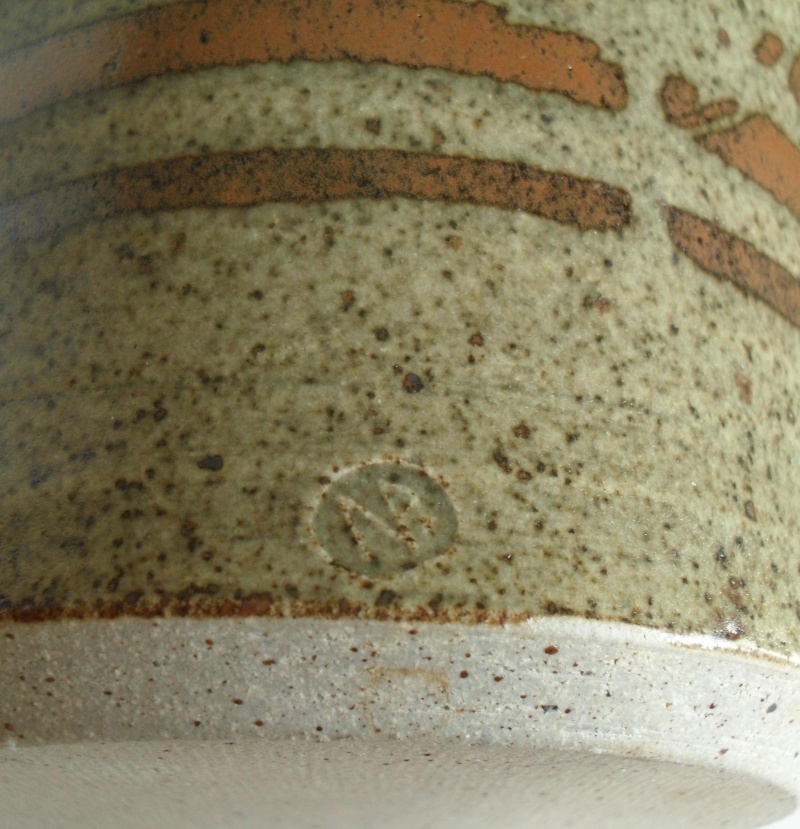 No makers mark to this vase but does anyone think it could be Scottish in origin or have any idea of the maker, any thoughts would be greatly appreciated. 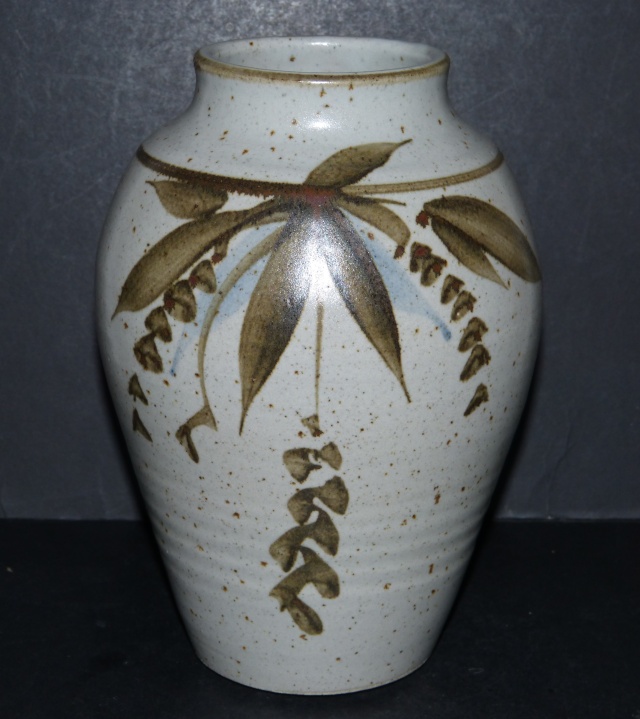 Any help greatly appreciated - similar to Nick Rees but not his confirmed by him. 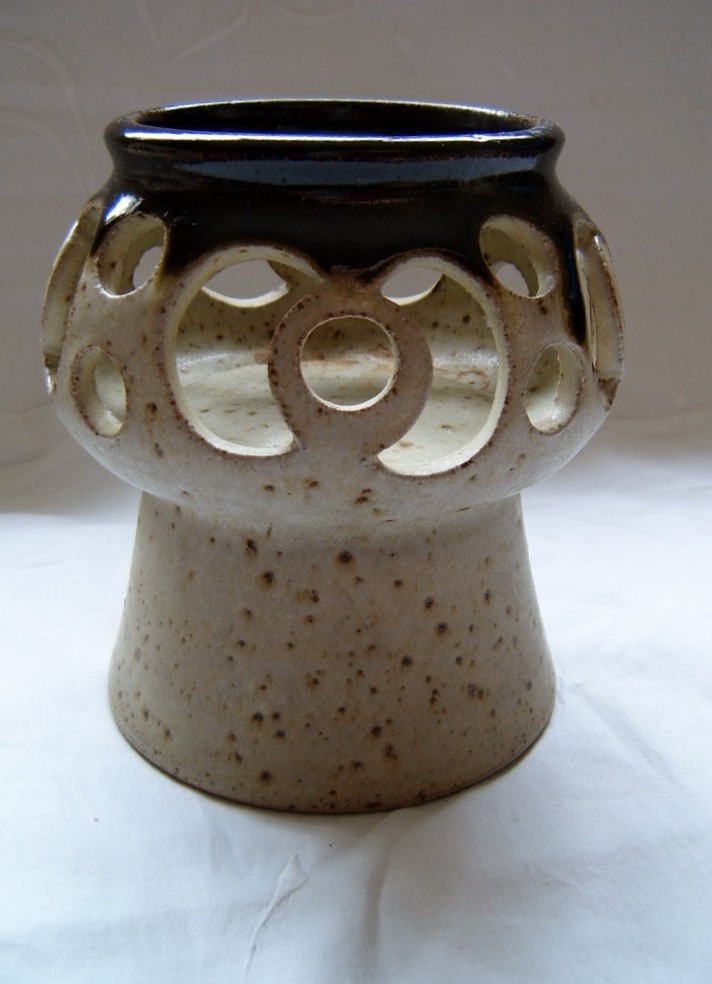 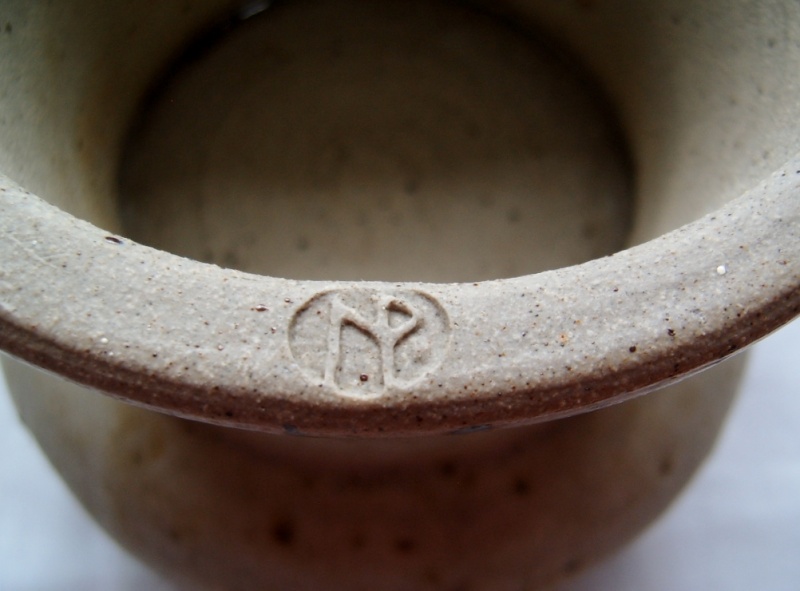 Last edited by NaomiM on November 1st 2019, 1:20 pm; edited 2 times in total (Reason for editing : Loading images instead of codes) 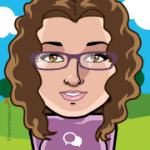 I only have the 1st edition of BSPM and in there it says that he was living at it current address (Harrogate) in 1970 and was at the pottery near Nantwich in 1982. There is no stylised N P mark shown and only his current mark.

The dates seems incorrect as on his own website he says that he has been in Harrogate for 23 years so he moved there in 1985 or 1991 depending on whether he has updated the page since it was first written or not.

He also states there that he moved to the north in 1966 but doesn't say that he was potting from that date. If he was or from the 1970 date mentioned in the BSPM 1st edition then I assume that might be when he was potting near Nantwich and calling his pottery, Nantwich Pottery. If so then he could have been potting there for a period between 15 and 25 years.

Candle holders such as the one that Froggie has were popular in the early to mid 1970s and, although the mark isn't the same as that on the vase that Ed had, it could be possible that he changed it over the period he was potting near Nantwich.

So to conclude, the mark is not like a mark that has positively been identified as being his and the style of the candle holder is not like any work that I have been able to find illustrated or have seen by him. So no positive identification but, as his work has changed quite markedly over the years, it would be unwise to say that the candle holder was definitely not his.
_________________
Now you should know by now that Potty and I need to see your bottom - we're funny that way!

I don't know as Ed only added a drawing of the mark on his vase but Ed thinks that the mark on this candle stick isn't the same so I am taking his word on it to some extent.

However, on that thread there is a remark from "lorenhg" saying that Ed's vase is Nantwich Pottery, as items similarly decorated to it with an NP mark had been positively ID'd by Peter Clough. Lorenhg had contacted Clough after Ed made the suggestion to do so when they had been listed under ID My Pottery here earlier.

There is also an addition on the same thread by Marcusborra with images of a pot that shows the mark, as shown on lorenhg's earlier pots as well.

Therefore Peter Clough says that he used a seal with NP at Nantwich but it isn't the same as the one on this candlestick.
_________________
Now you should know by now that Potty and I need to see your bottom - we're funny that way!

The confusing thing is, I've seen pots with the same decoration as Ed's which has this mark (on my Pinterest board). I can only assume that Peter changed his mark a little. Seems too much of a coincidence otherwise, same decoration, same NP. letters.
_________________
Carrot cake is just fake cake

Another example of Nantwich Pottery.

lorenhg wrote:defo Nantwich pottery ,by peter clough. As big ed commented on my 2 pieces ,i e-mailed peter direct and he confirmed he made them for nantwich pottery

He's also confirmed it on Facebook for pot decorated and marked similar to Ed's at the top of the thread.

. Peter Clough
Just to confirm Jenny's post [made late 70s - early 80s], definitely Nantwich, made these in three sizes, this looks like a med one

Ed's and the ones on my Pinterest board are definitely Nantwich Pottery. Peter & Jenny Clough confirmed  on Facebook that pots with that decoration were made at the pottery in the late 70s- early 80s.

Peter Clough
Just to confirm Jenny's post, definitely Nantwich, made these in three sizes, this looks like a med one

any maker much appreciated 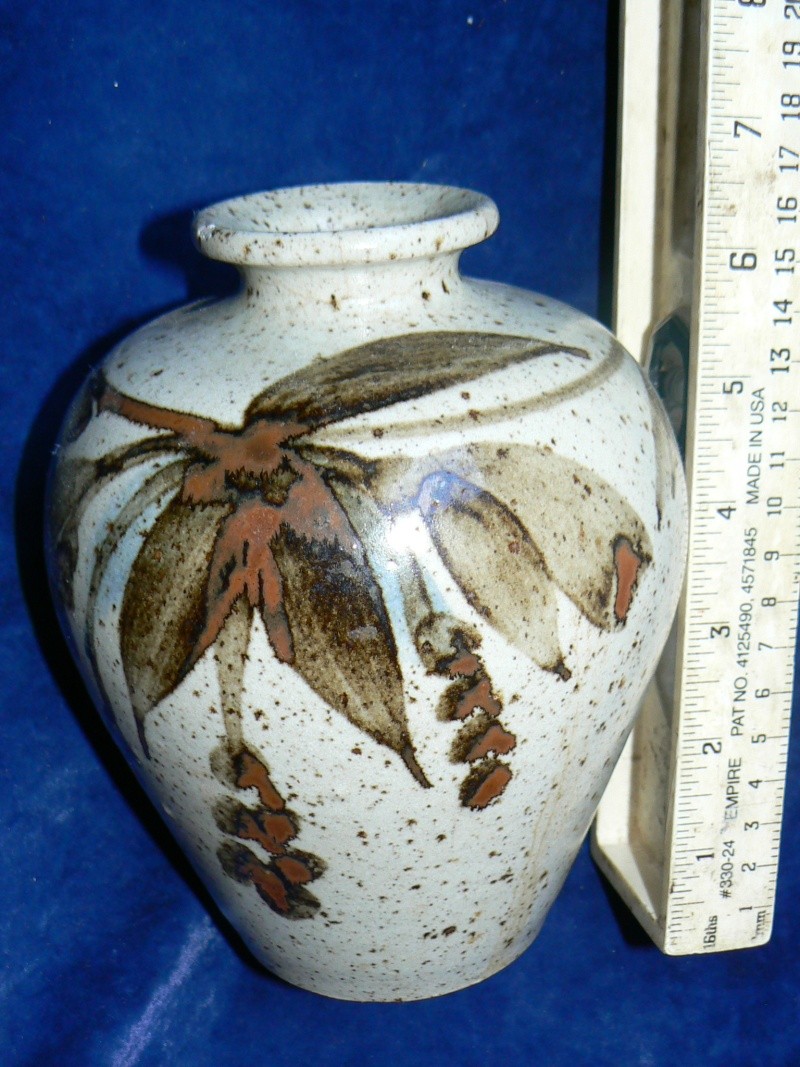 is mark right way around 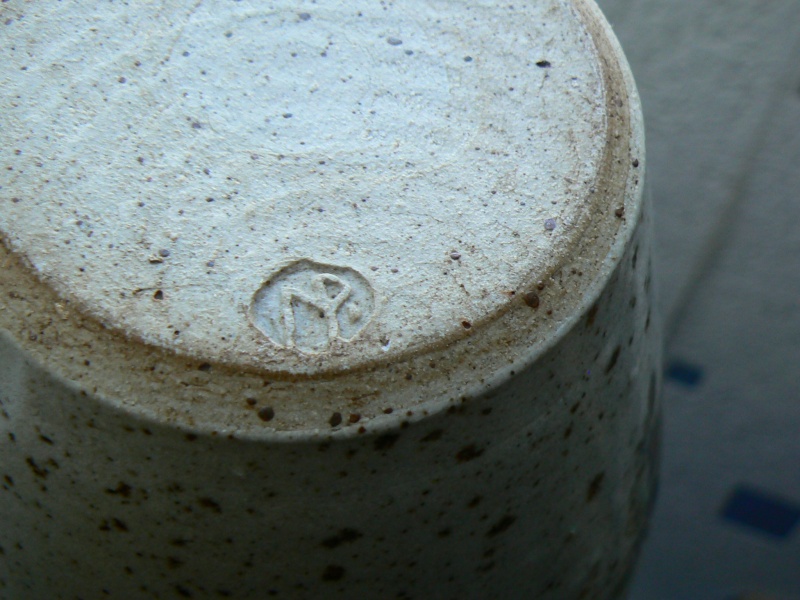 18cms tall, 21cms wide. No mark on this great bowl, so I'm hoping someone may recognise this? 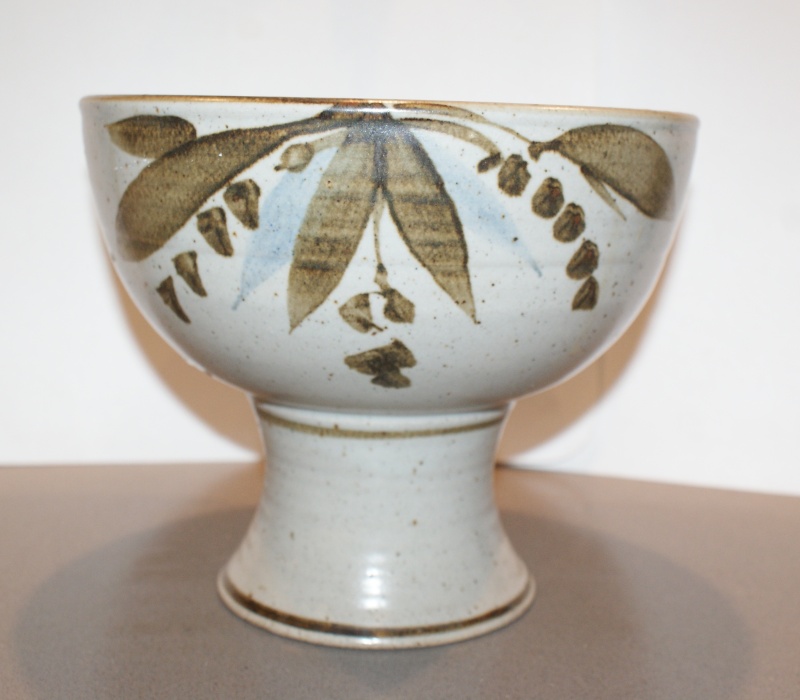 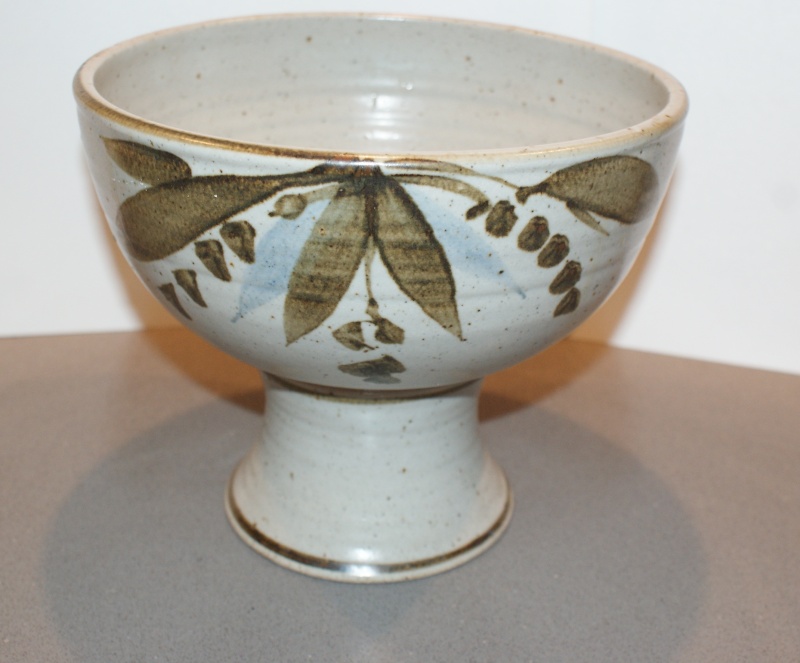 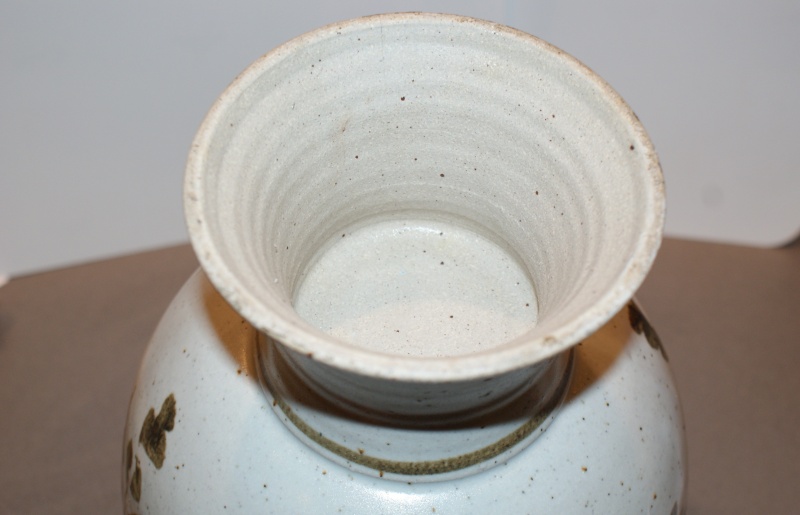 It's by Peter Clough, Nantwich Pottery. Made in the early days of the pottery - his wife IDed one of mine with the same decoration.
_________________
Carrot cake is just fake cake