ok, this is def not C20th, but i thought i'd create a new thread for the great French factory of Sevres. This is a plate i picked up today, 1860, depicting Marie Antoinette. Marked on the back with a S60 in a lozenge shape. 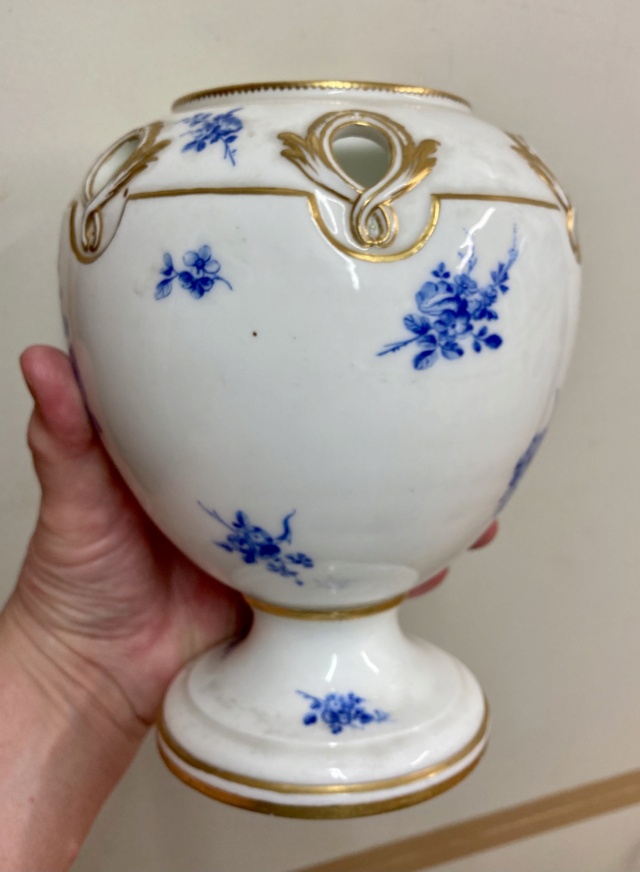 Sort of thing you would see on your granny's sideboard, kids today would die of shame if they were seen with this in their flat. But is 1754 not early for any Porcelain? and Serves a venerable factory so it has a good value?

It has a value because it’s so early. Sevres started using this mark in 1753 due to its patronage by King Louis XV and Madam de Pompadour. But it’s missing it’s lid. Found it in a small antiques shop where the dealer was selling on behalf of a relative and had no idea what it was. He said it was originally a pair of vases ( the other was also missing its lid) but a customer earlier in the day thought it wasn’t a pair because they were slightly different heights and had only bought the taller one.
If they had been a pair complete with their lids then they would be in the tens of thousands of pounds. A single one, complete with lid would be worth several thousands of pounds. How much just one without its lid is worth…

Yes remember that these things were way beyond your normal worker. Having a pair of these (with lids) on your mantle piece would not have gone down well in France 35 years later in 1789. I'm sure that many patrons of Sevres went to the guillotine during the terror.