This is a really well made stoneware Studio Bowl , I feel it's got a little bit of age to it , maybe 60's 70's , deffo not new , it's approx, 3,5" High and 9.5" across , splash decor similar to some leach pieces and every bit as good in quality as the leach hamada pieces I have seen in the museum /gallery. It is clearly signed , but I have know idea how to read it , I can make about 3 types of letter possibles , so any ideas very welcome . 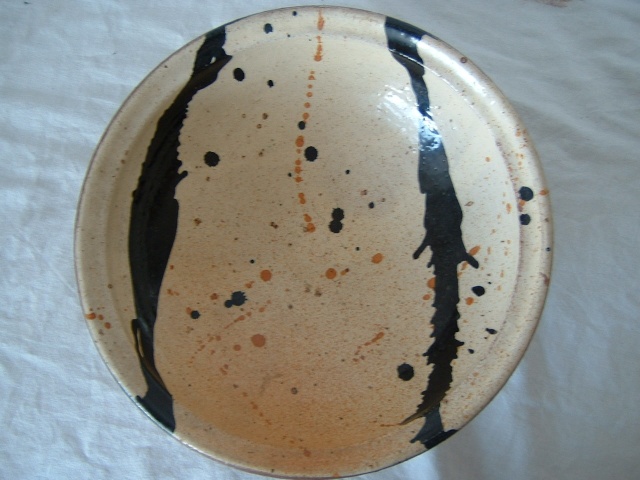 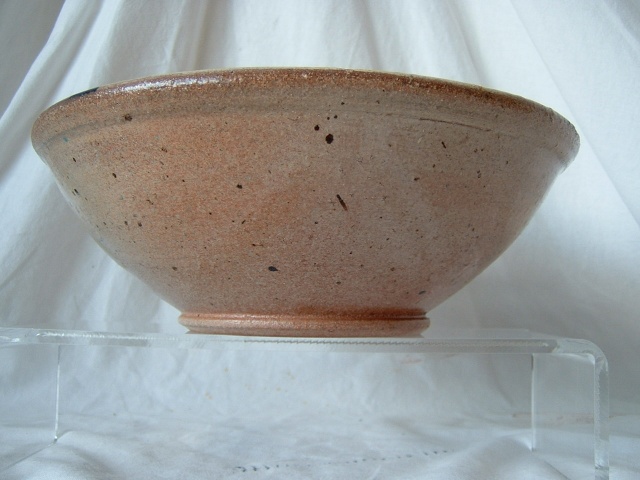 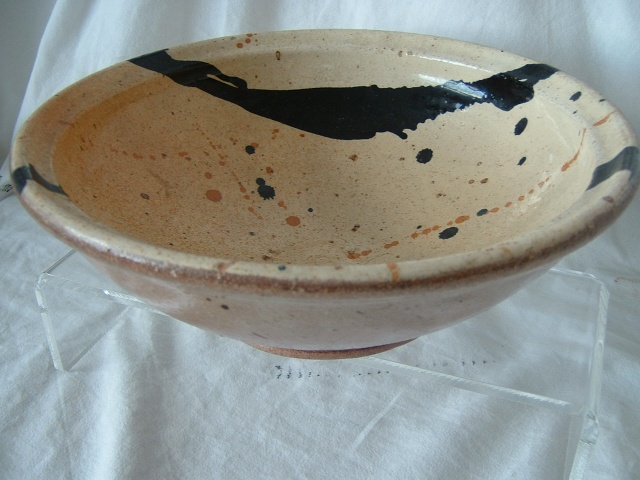 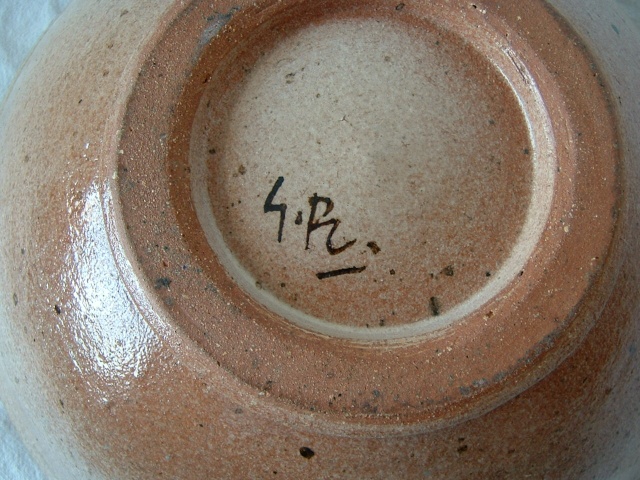 Gordon had originally been a fine artist and discovered pottery during his training for a teaching qualification in London during the 1950s.

From then on pottery became more important but for much of his career he taught art in secondary schools and pottery was something that he did in his spare time, usually making domestic ware for use.

Later on he explored his interest in Japanese pottery, as with this bowl, which developed into an interest in American Abstract Expressionism and especially the ceramic work of the artist, Peter Voulkas.

With his pension, I imagine Gordon hasn't had to bother about whether his work sells so he did raise his prices significantly from the time that I first exhibited his work. Exhibiting at Galerie Besson as well enabled him to do this.

The painting came a little later and both Galerie Besson and I exhibited his paintings as well. Again this appears to have an American influence of the likes of Robert Motherwell. However, one of Motherwell's biggest influences was Japanese Sho (Big Brush) Calligraphy and especially that of Shiryu Morita. Morita worked in the States and in Europe (with the COBRA artist, Pierre Alechinsky) so the painting and the pots all hark back to Japan.
_________________
Now you should know by now that Potty and I need to see your bottom - we're funny that way!

Worth noting also that he studied under Ruth Duckworth and Dan Arbeid , early influences include Hamada , among his exhibitions were a joint one with Luci Rie.

Gordon Crosby was born in India in 1938  studed at the Central School of Art, with Ruth Duckworth, Dan Arbeid , exhibited alongside Lucie Rie

Apologies for the poor image but this large sculptural piece was made by Gordon at the Central School of Art in the late 1950s/early 1960s.

Do you think this sculptural work has a Dan Arbeid/ Ruth Duckworth influence ?

Duckworth and Arbeid were making things on a smaller scale than this.

From talking to potters in London at the time I have reached the conclusion that Gordon Baldwin was the really big influence. He wasn't much older than people like Wallwork, Rooke and Crosby but he was the person making really large work that they all wanted to emulate.

I have only seen about 6 pieces of baldwin, but they were tremendous , an amazing talent . 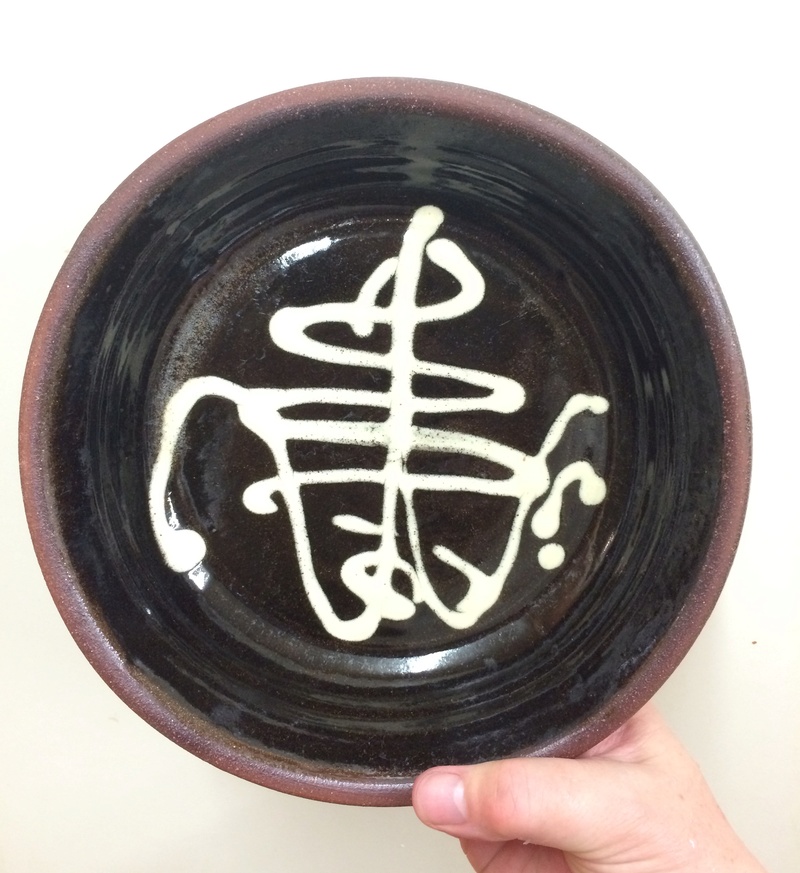 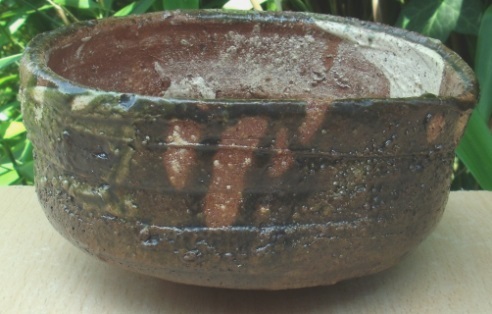 I sold this bowl of Gordon's recently that had been in my personal collection for a number of years. Only after selling it, did I found out that Gordon had died in 2018, his eightieth year. 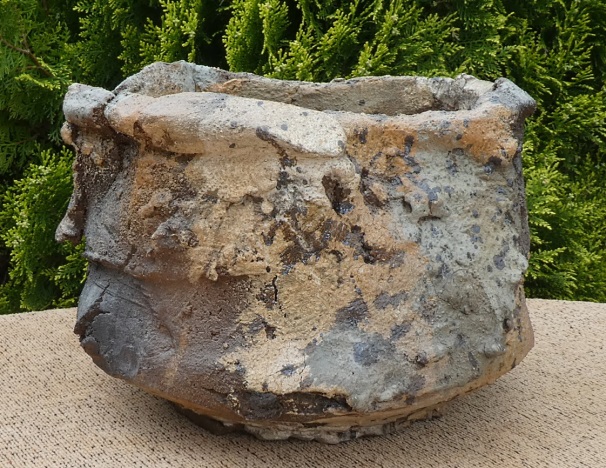 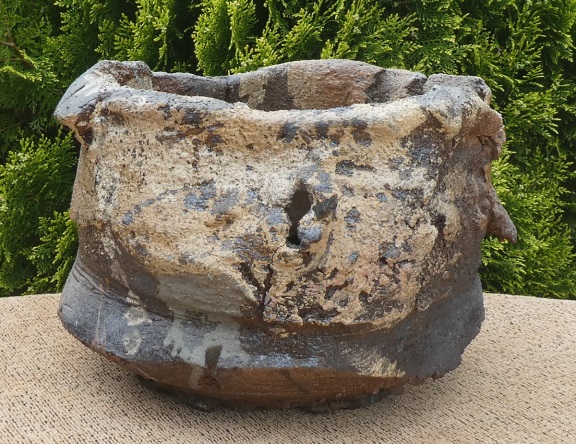 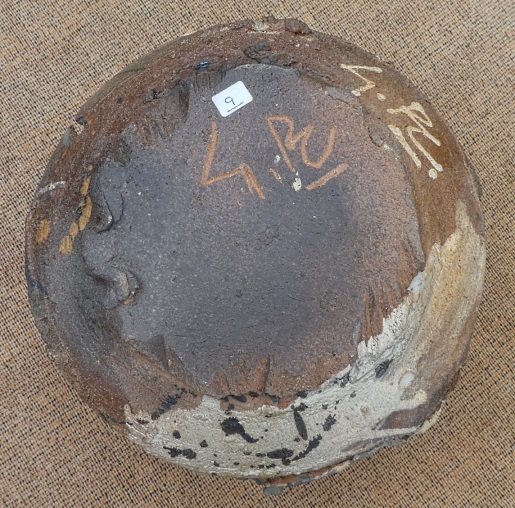