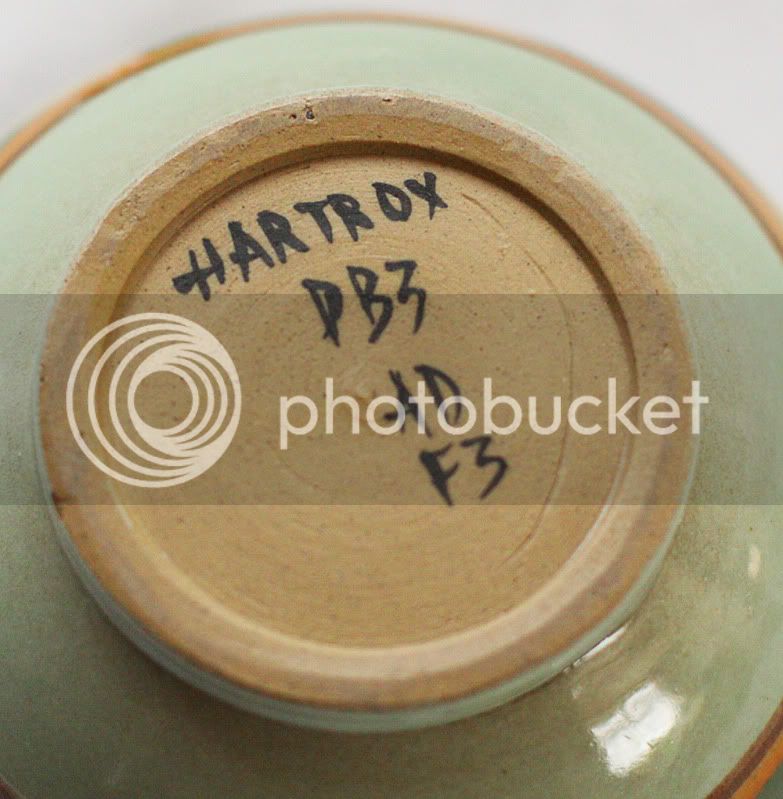 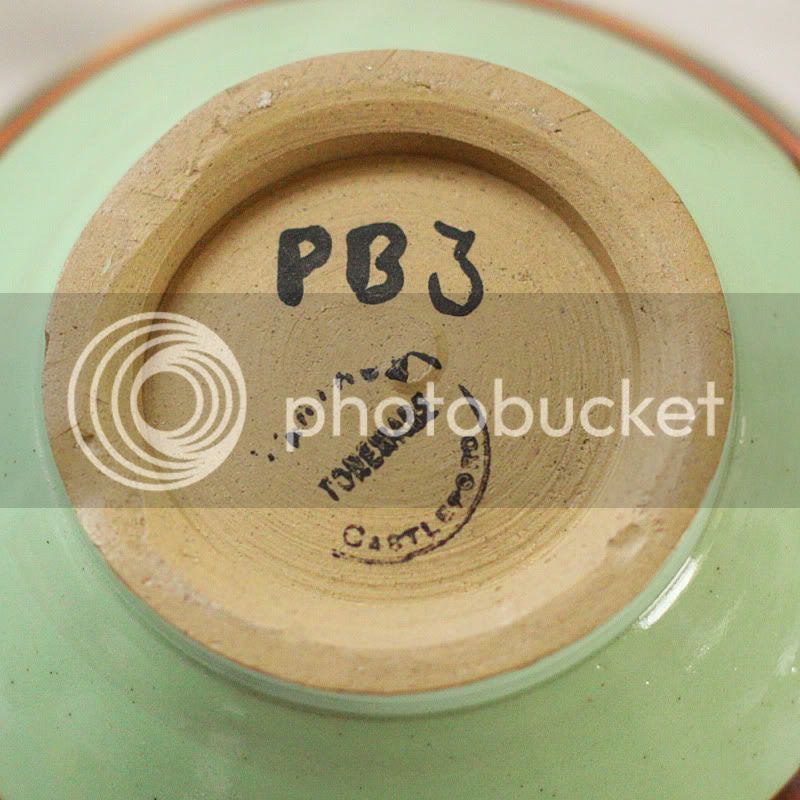 Hartley pottery was made on the bonnie banks of the river Calder at Castleford and there was several marks all bearing the name Hartox except when Desmond Cooper came by and bought, then  Dee Cee was stamped on the bottom as he did with other potteries he bought from
This type of pottery was made from 1950 until the Hartleys Phillips pottery, to give it its full title, closed in1960
The one marked AD was decorated by Ann Dunn not all decorators signed all there pieces
I have no idea what pb3 is other than a guess that it is a mark for this shape as for F3 ???
I had other pieces but people offered me more money for them than I had paid for them so off they went but i still keep an eye out for these gaily decorated pots

Hartrox Castleford pottery bowl - Does anyone know the other marks meaning

A little Hartrox vase but does anyone know what the painted marks refer to? 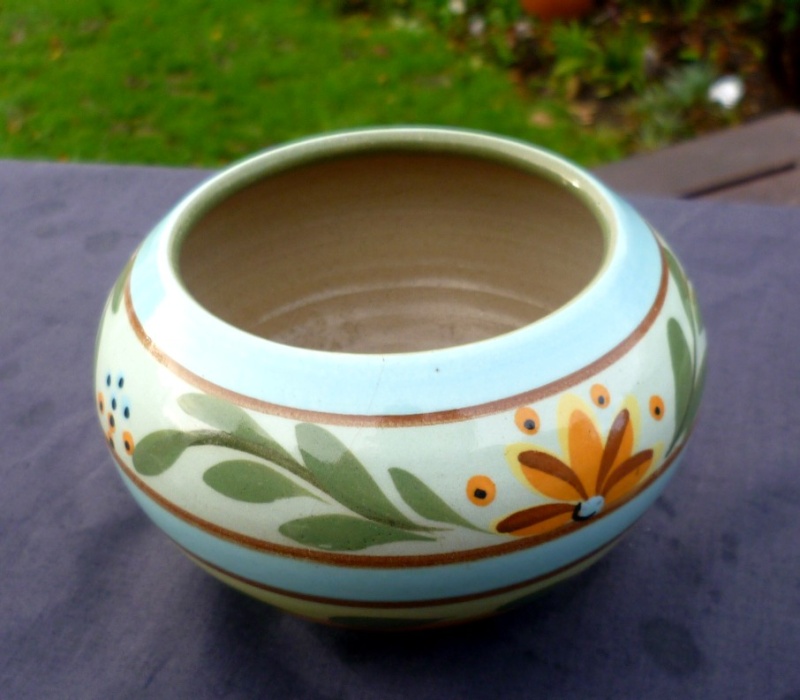 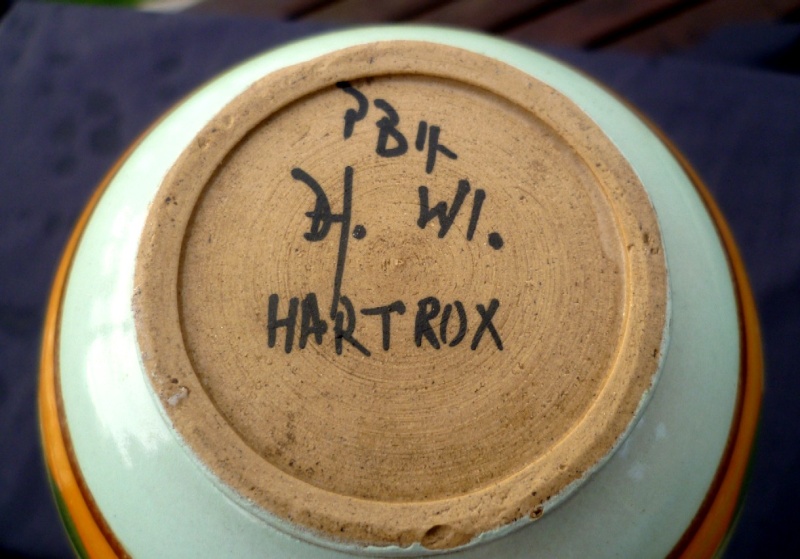 http://www.magicfabric.magix.net/public/pottery/hartrox.htm
website says they are retailer or wholesaler marks

Even better to put Hartox in the search box at the top right of this page and there is some information there.
_________________
Now you should know by now that Potty and I need to see your bottom - we're funny that way!

Have this lovely painted jug and know about Dee Cee being the importer and also about the Individual Pottery mark but would love to know who actually decorated it and is there any reference book for this? Thanks. 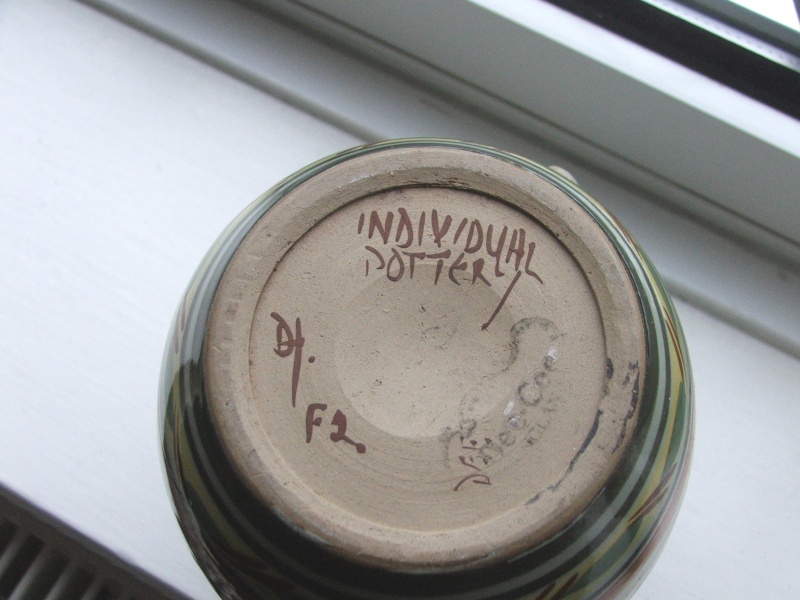 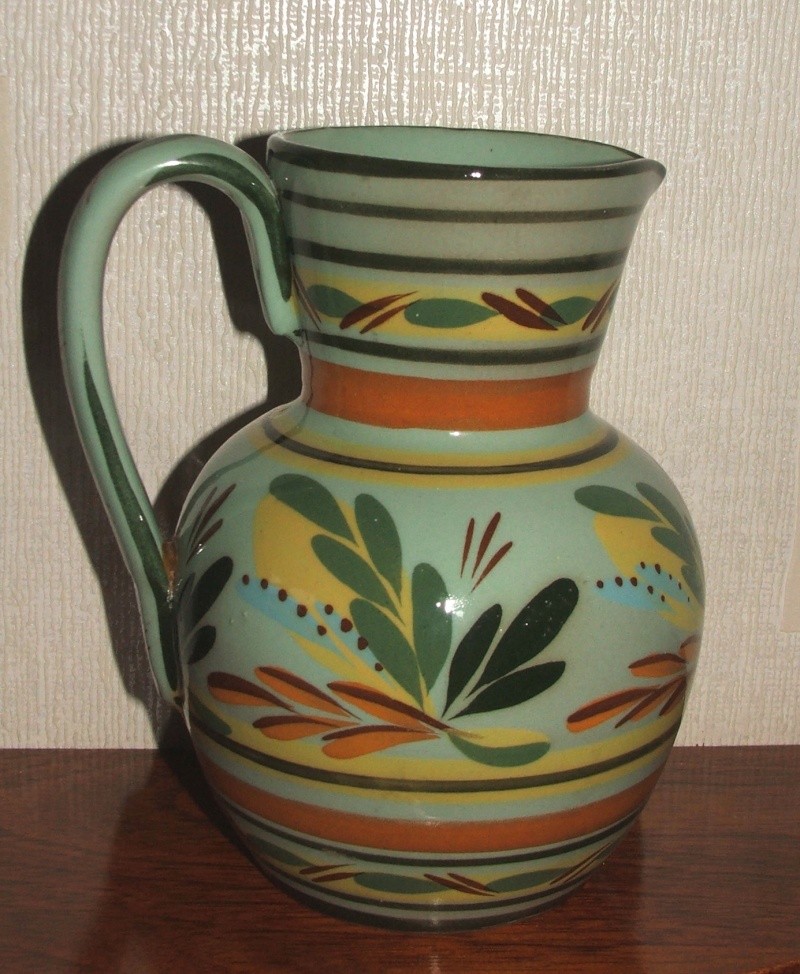 lyniandux wrote:Thanks for the link but really would like to know the identity of the decorator of the jug. Initials could possibly be DT ?

If anyone is going to know it is "Fuzzyedges", who was responsible for the information in the link above. I would try PM'ing him (The Private Message icon is under his avatar to the right of his posts).
_________________
Now you should know by now that Potty and I need to see your bottom - we're funny that way!

Here is some more hartrox 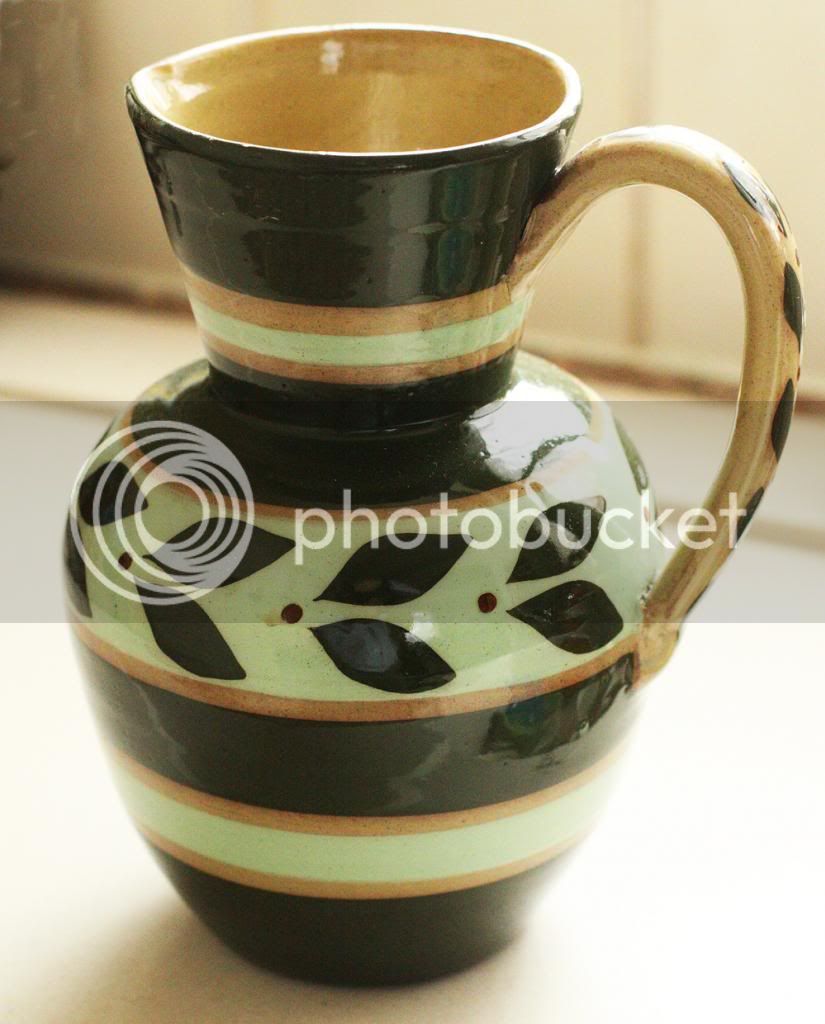 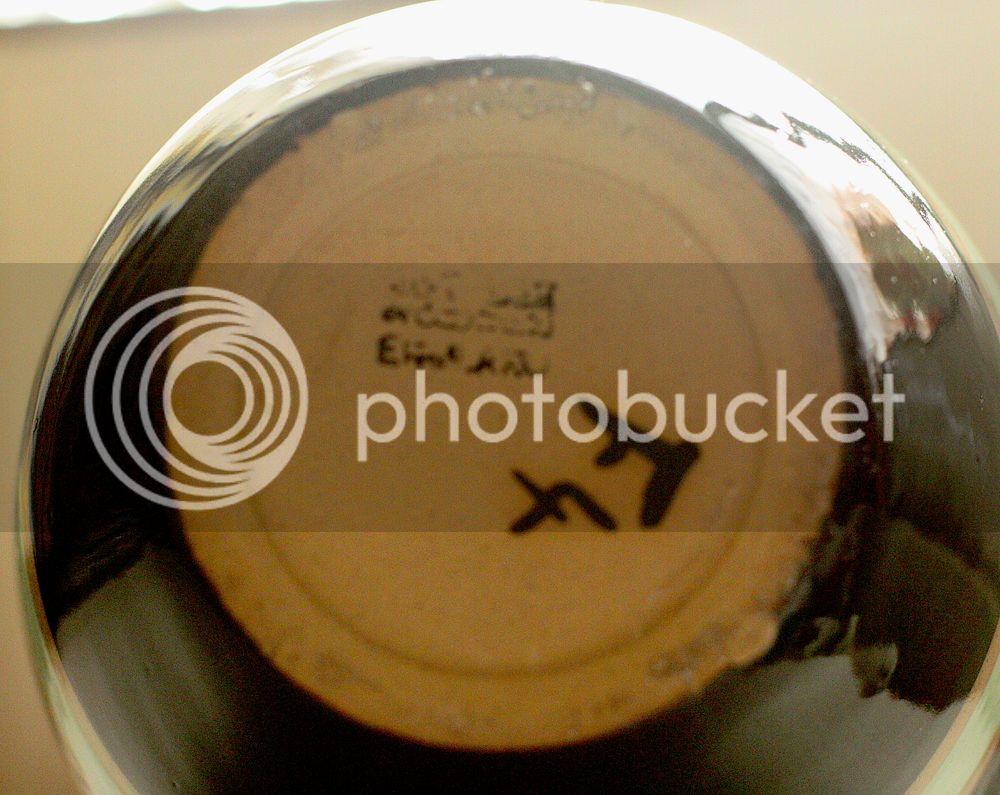 I bought this 6 1/2 inch jug and was told by the seller that, although only marked Made in England,  he believed it to be from Denby, I was and remain far from convinced and hoping someone may be able to ID please. Thanks John

Not Denby and the decoration reminds me of Hartleys (Hartox) Pottery.

There is a thread on the Forum for that pottery but you will see that it usually has ink stamps on the base and I don't recall anything impressed. So could be Hartley but can't be sure.
_________________
Now you should know by now that Potty and I need to see your bottom - we're funny that way!

The decorative style reminds me somewhat of Priddoes Pottery.which operated in Paignton circa 1960-72.Their pieces come up on Ebay occasionally.

I do agree philpot that the decoration does look like Priddoes but their pots seemed to be in red earthenware from what I can see.
_________________
Now you should know by now that Potty and I need to see your bottom - we're funny that way!

Hey, i need help to identify this log shaped pottery and its age if possible