Not sure about this, my gut feeling tells me American, the marks on the base are quite obscure, all i can make of it is Wesco.....? I think, and a registered trade mark and the letters C.N.A within a triangle, its got some age but not sure on date hoping its not to early for the forum.

Rob , this is Candy Ware

Your Mark should read WESTCONTREE WARE ,round the circle then CNA in the triangle , founded in Newton Abbot Devon in 1887, closed in 1991

Thanks Ed, Not heard of that one before, I was barking up the wrong tree, thought this might be American art pottery, show's just what i know.

Hi just an addition to Big Ed's answer it would also of had 'Td.Mk' under the tirangle ( I think its there looking at your picture but hard to see) I believe that particular mark was first used in 1916 so that narrows the date a bit more for you :)

The production of art pottery started in 1922 and was a sideline to
it's main production of tiled fireplaces, glazed bricks quarry tiles
and sanitary pipes. By the early 1950s, when the art-pottery section
was closed down, Candy was one of the largest ceramics factories
in the country. It survived in name, as a tile manufacturer,
until 1998.

Numerous marks, relief-moulded or printed, and paper or foil labels
were used, some early moulded marks include a shape number.
The later marks were ink-stamped, and varnished over, so are
often faded or hard to make out. 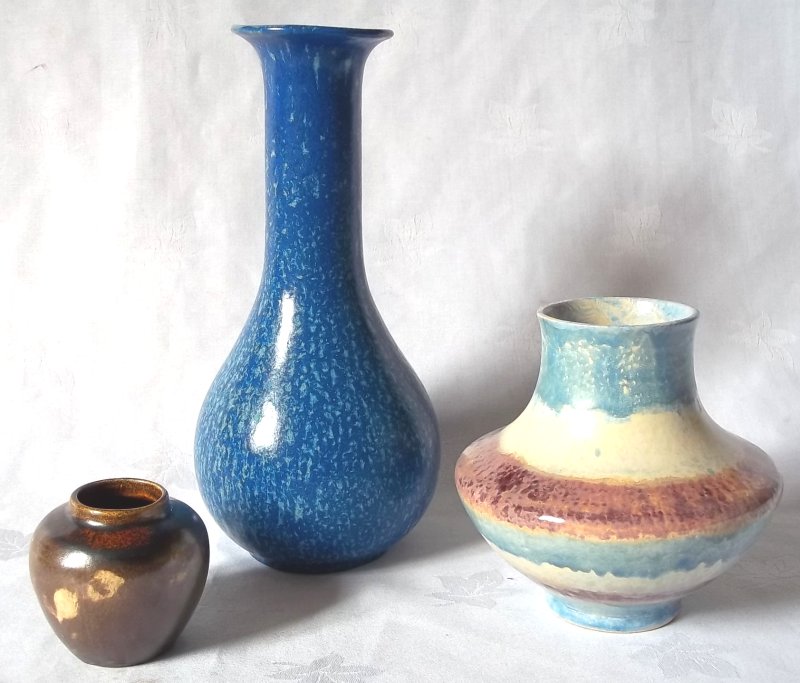 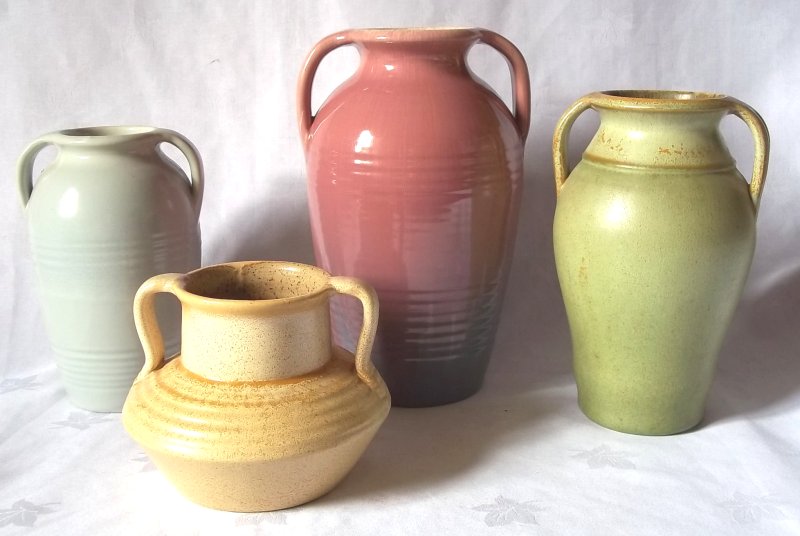 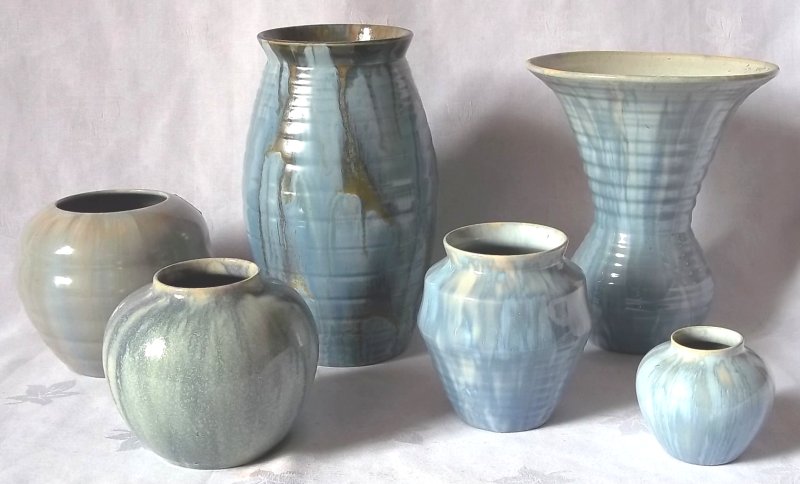 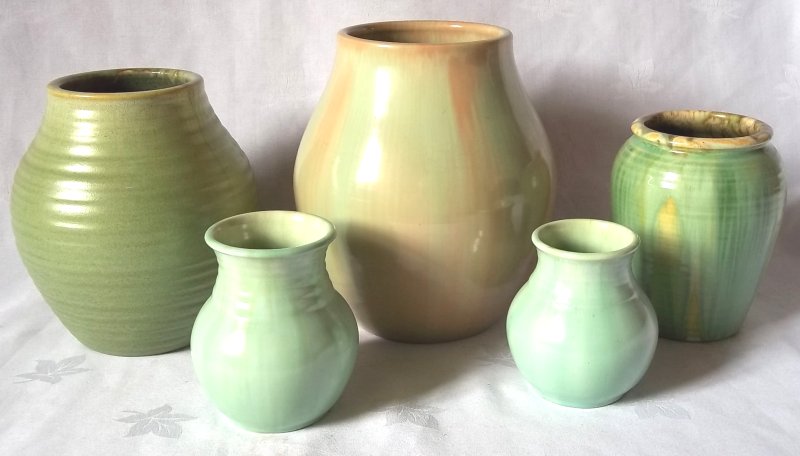 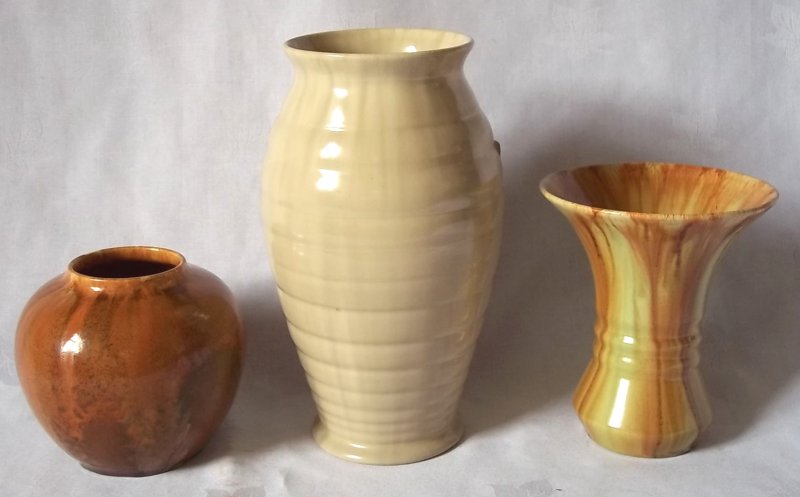 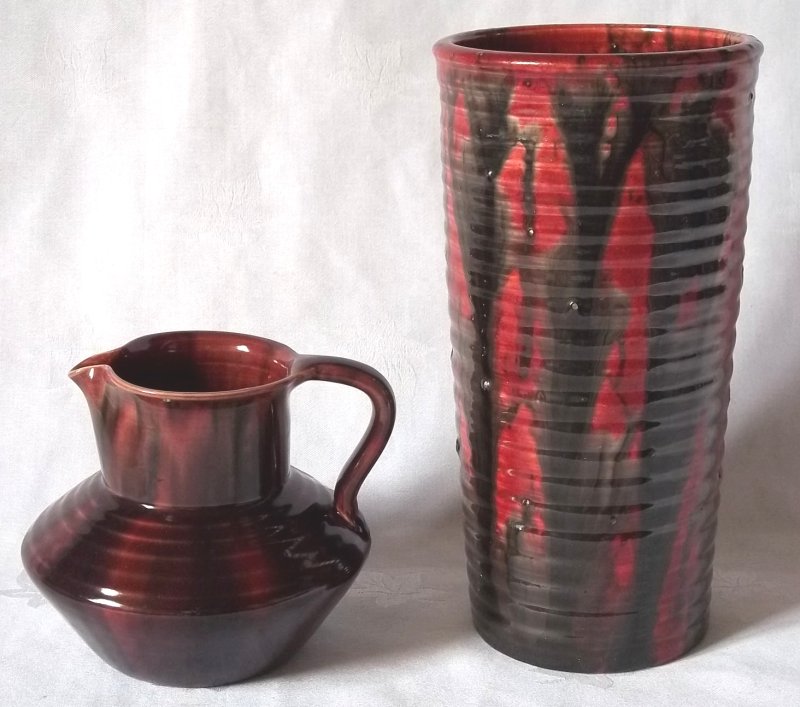 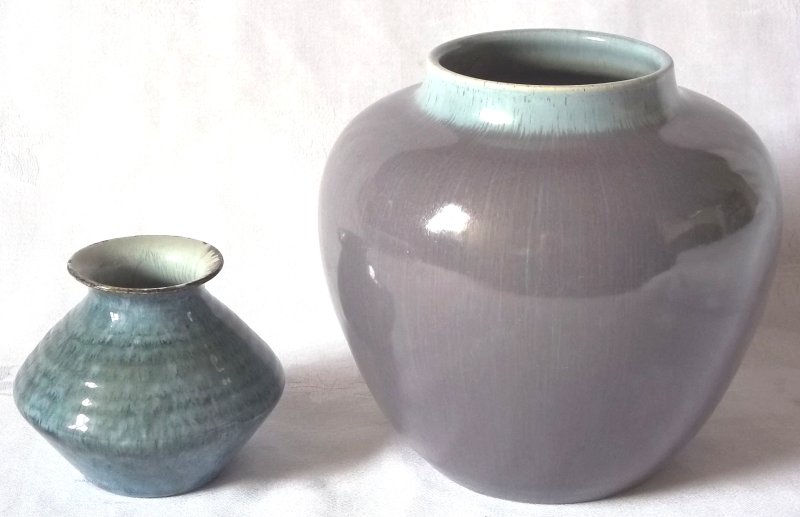 A selection of marks

Most of my examples are effectively unmarked, with just
the remains of varnish, or paper label adhesive on the bases.
Luckily that means I picked most of them up for nothing!

I have always thought that this pottery is under-rated and it is great to see images of so many Candy Ware pots. Thanks DD.
_________________
Now you should know by now that Potty and I need to see your bottom - we're funny that way!