This is a pottery that even the most avid studio enthusiasts seem to struggle identifying,tucked away in Paignton,Devon they mostly didn't bother marking their pots,no doubt this was their way of confusing the "emmits" and maybe the taxman! 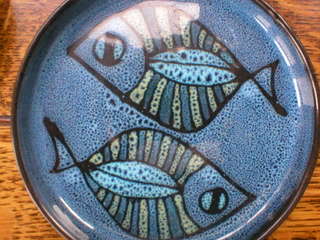 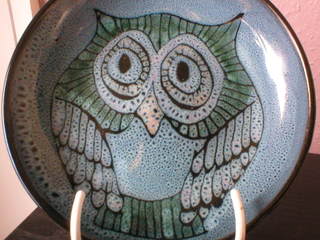 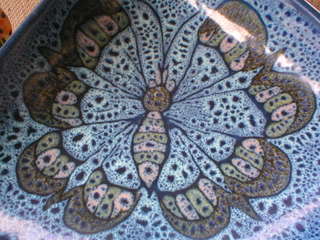 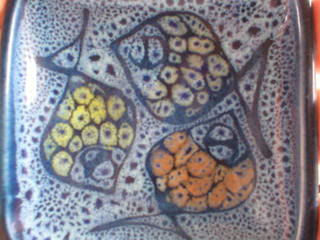 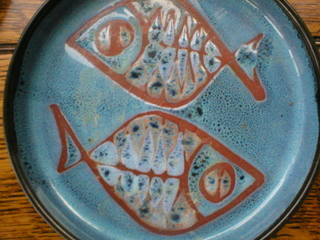 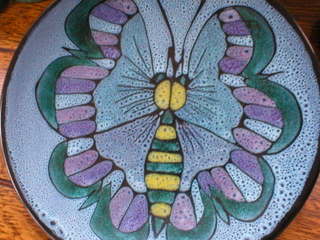 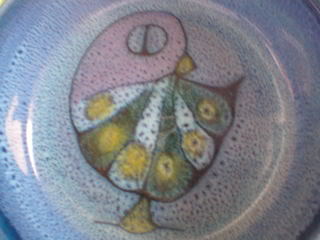 Just wondering if any chance someone may recognise this. 5 inches wide this triangular pin dish? has a nice stylised fish design. Unmarked to glazed base although it looks as if a circular paper label has been attached at some point. Any thoughts would be welcome, John

Any help with this one much appreciated,small tea sized plate. D 15.5 cm, no stamp or makers marks. Feels like it could be Danish ? 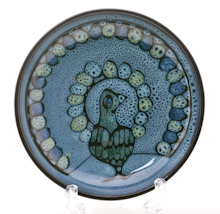 A well-made but unmarked studio mug with a distinctive geometric design.

Here's the image of the piece, for your reference.

This seems quite a nice little pin tray with fish decoration on bluebacground. No marks to glazed underside. Wondering if anybody recognised style Thanks

Plate with sail boat and LOOE place name inscribed on the front.
Unmarked but the distinctive glaze makes me think it's a Wellhouse piece. 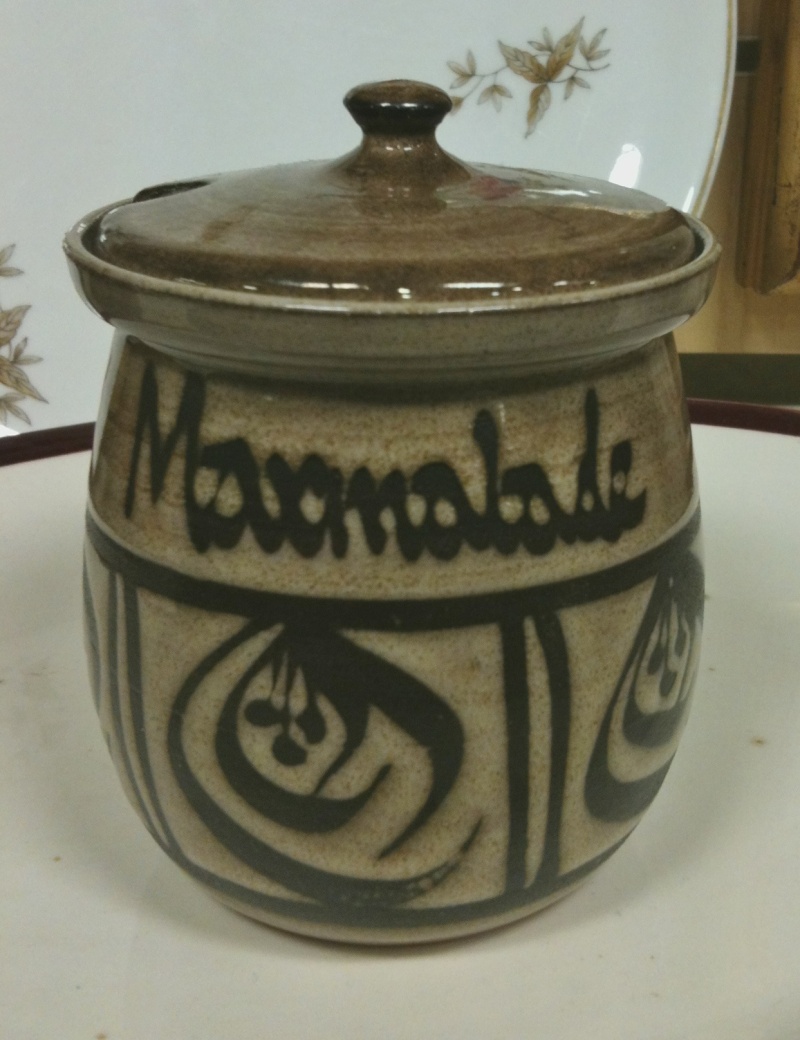 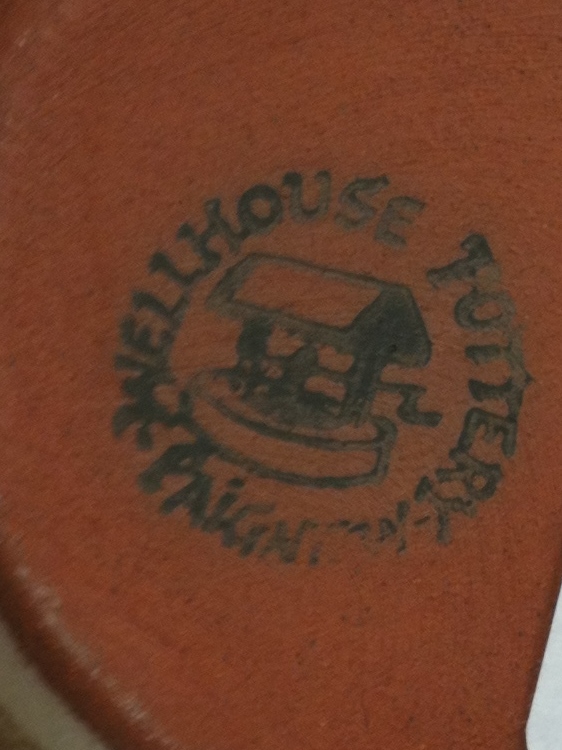 Would I be right in thinking that this is Well House/ Wellhouse? 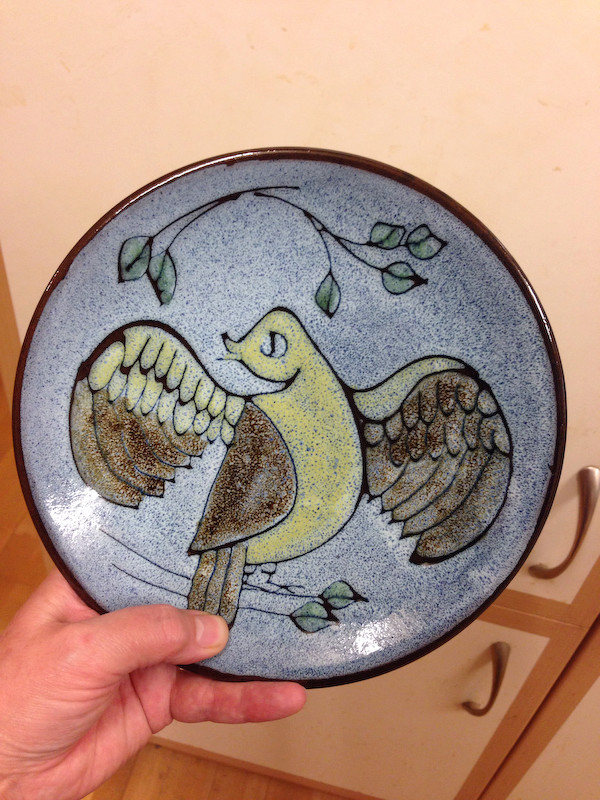 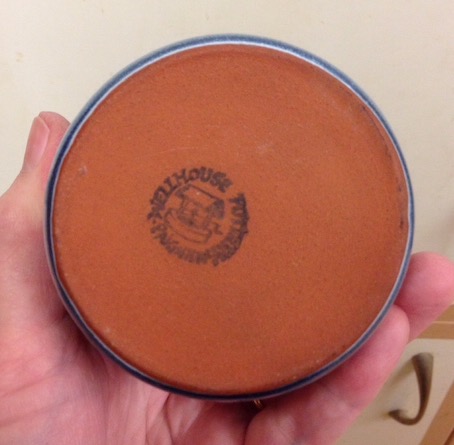 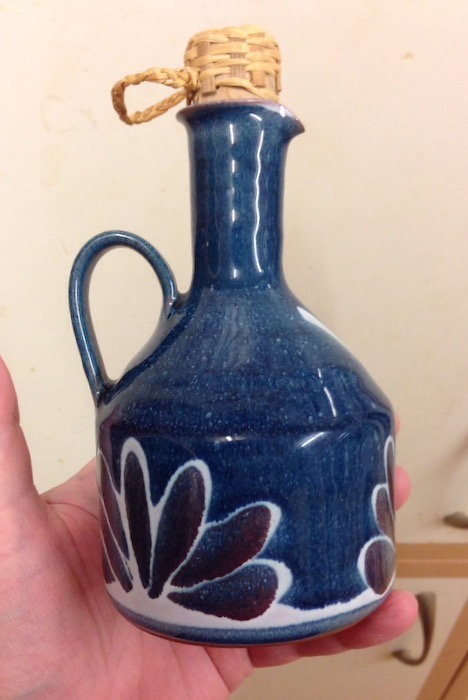 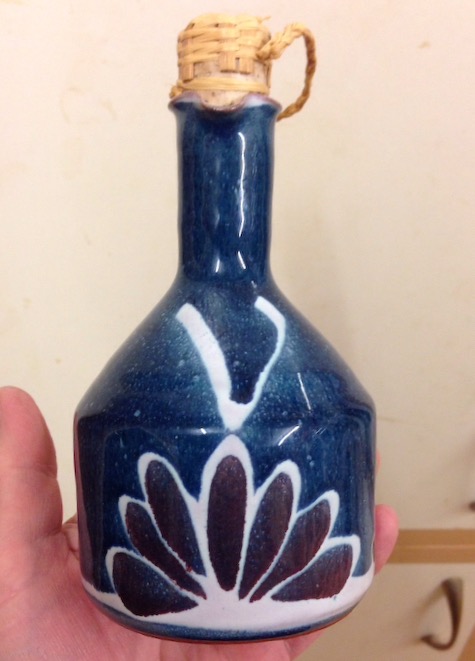 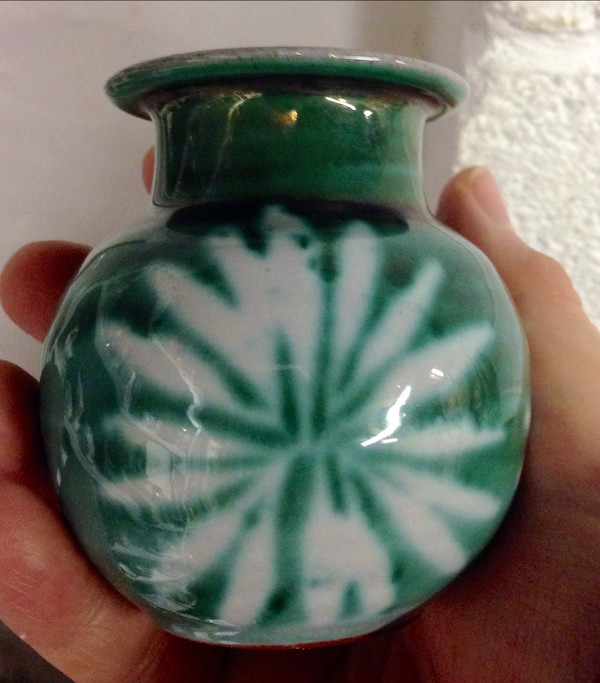 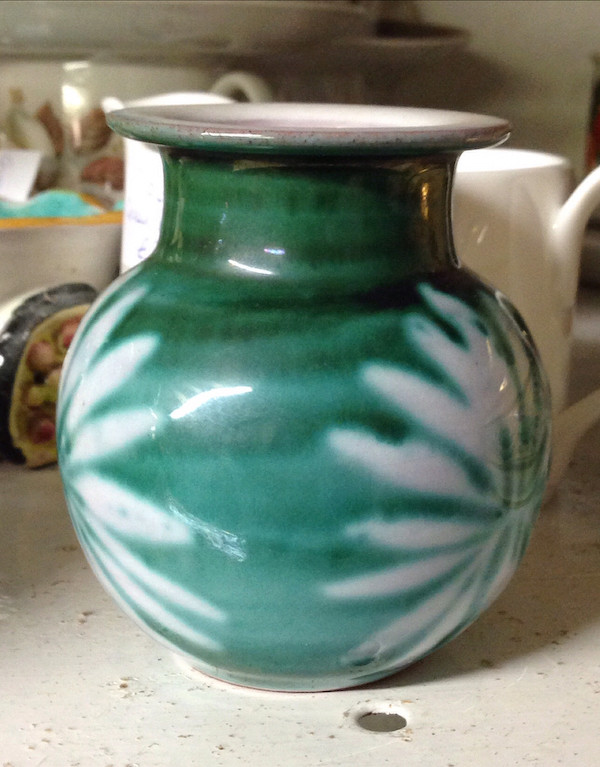 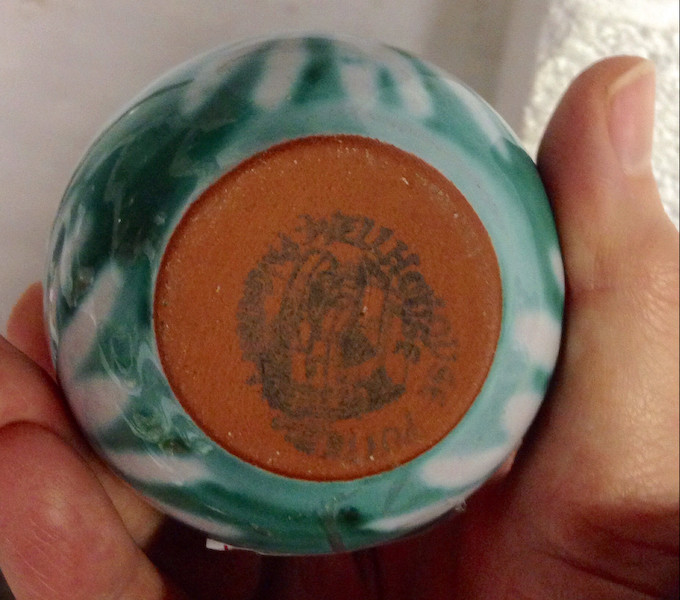 Interesting info about the pottery from
http://torquaypottery.co.uk/about/potteries-in-torquay-area/wellhouse-pottery

This pottery at Paignton was started by designers Toni and Raymond Smith (Toni Raymond) in 1964 following the purchase of stock and equipment from Priddoe’s Studio Pottery Paignton. The Wellhouse artist/manager was Peter Greenham and he later bought the pottery after the Toni Raymond business acquisition of the Babbacombe Pottery in 1967 and subsequent move there.

It was about 1982 that Peter Greenham moved the pottery to The Old Pound House premises of the Brixham Pottery. There they continued to make high glazed, pigment decorated domestic wares with bold brush script lettering.
Cyril Wilson a very experienced Torquay potter worked there in semi-retirement and made several commemorative items in traditional Torquay terracotta clay and decorated with a coloured slip and sgraffito design.

Pottery marked “Thrown by Cyril Decorated by Deirdre 1997″ was a private collaboration between Cyril Wilson all round experienced potter and Deirdre Wood retired chief decorator at the Babbacombe pottery. Cyril threw the pots and Deirdre decorated them for Cyril to fire at the Wellhouse Pottery where he worked part-time. Most of this pottery was made specially by them to be sold at a TPCS meeting May 1997. It is unlikely that many were made.

In 2001 Wellhouse pottery commissioned the Dartmouth Pottery to make terracotta items, but unfortunately both potteries closed down shortly afterwards in 2002.

The Wellhouse pottery used a common looking backstamp between 1964 and 2002, however the bottom line will read either Paignton or Brixham which will help determine where and when the item was made.

From original research by Keith Poole

For some reason this unmarked earthenware oval dish made me think of Celtic Pottery, Newlyn, but then I couldn't find any matching images online, so probably not. Maybe French or Italian? It's 13 inches long.  Help, please, experts.

The "Lonely Owl" with different colours 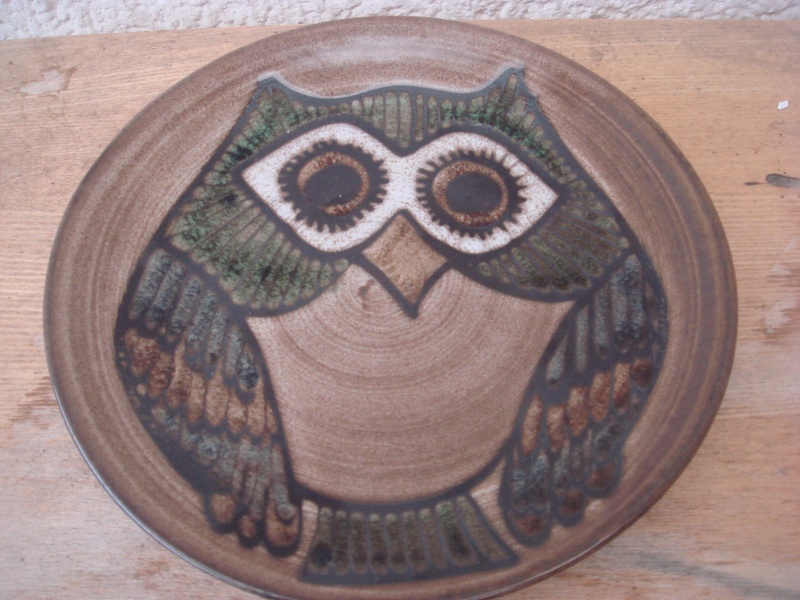 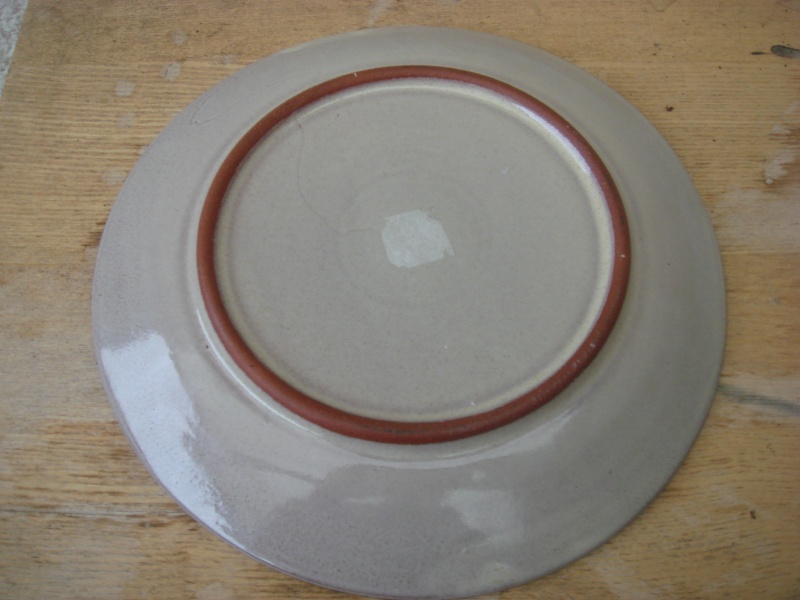 I do think these are jolly good quality..IMO

Could anyone tell me who made this please? 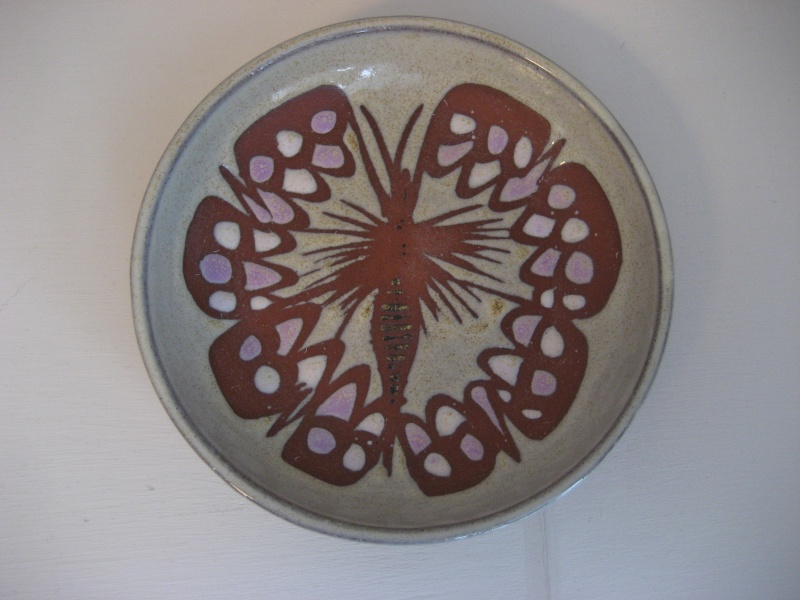 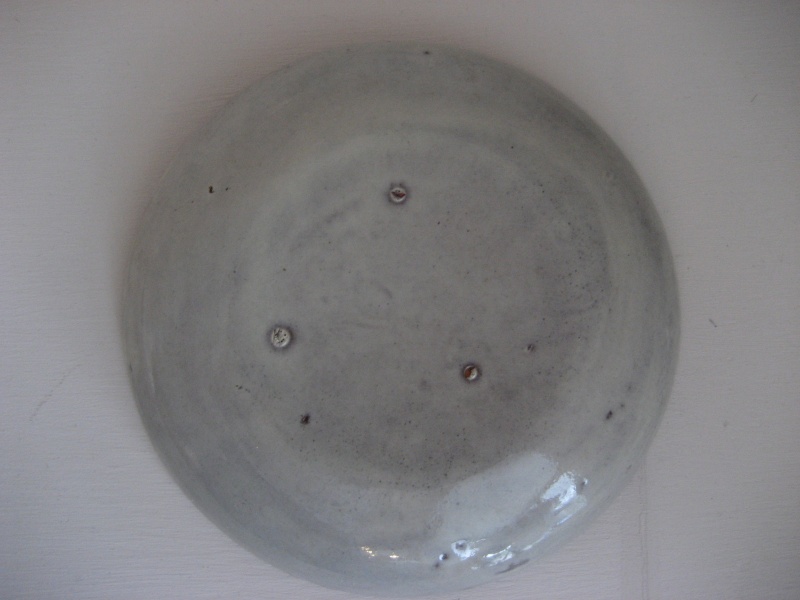 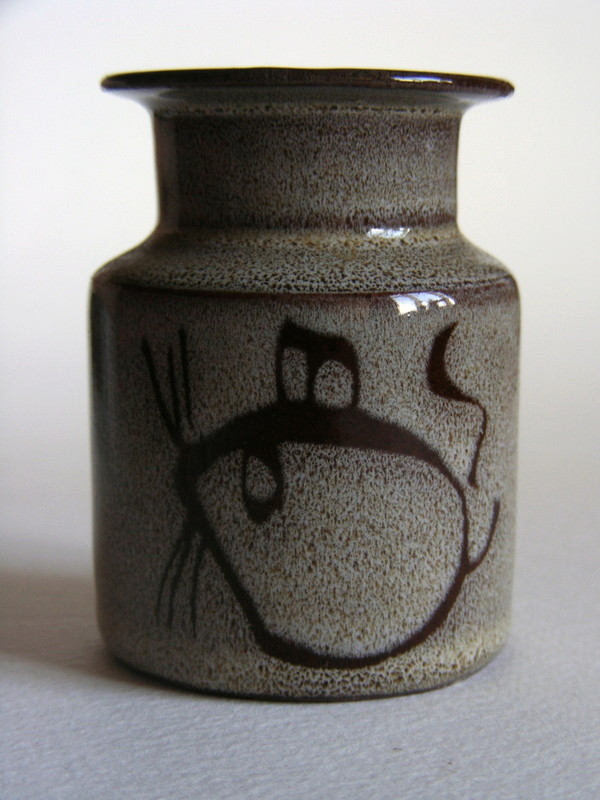