A small Studio Pottery in St Agnes, on the north coast of Cornwall, between Newquay and St Ives. The clay is dug in St Agnes, and supplies St Ives studios as well I believe. The pottery was run by John Vasey. I've not been down for a few years so I don't know the current situation.
Here are 3 of his bluey/green glazed vases. The tallest is 9"

Some more St Agnes. In a blue and pink glaze. The sea and the sunset. The incised pattern on the bottle vase represents the marks in the sand the waves leave.
The 3 circles are common to many, but not all of his pots.

The tallest vase is nearly 14" 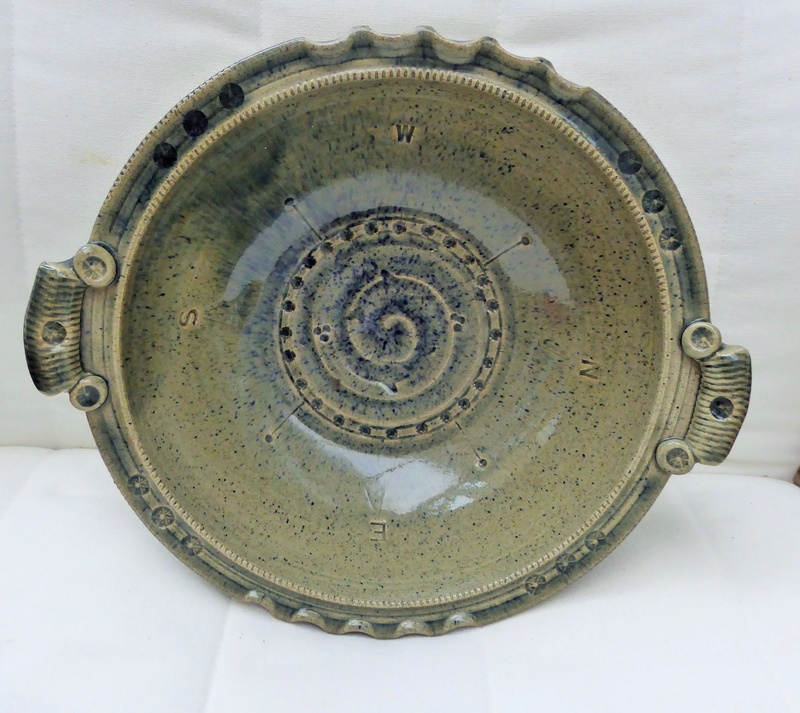 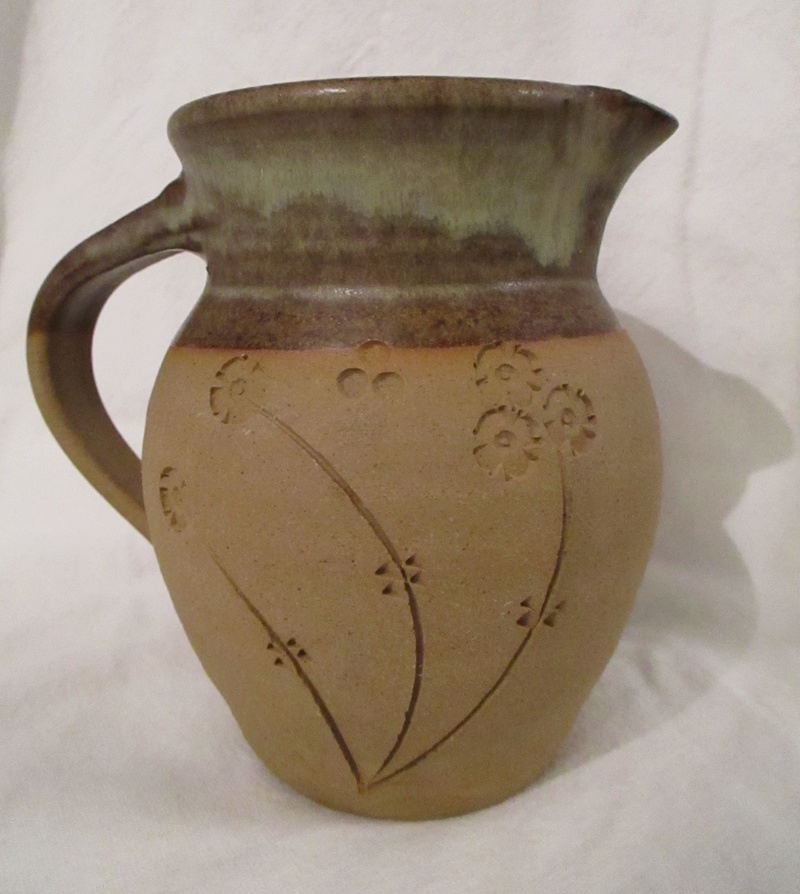 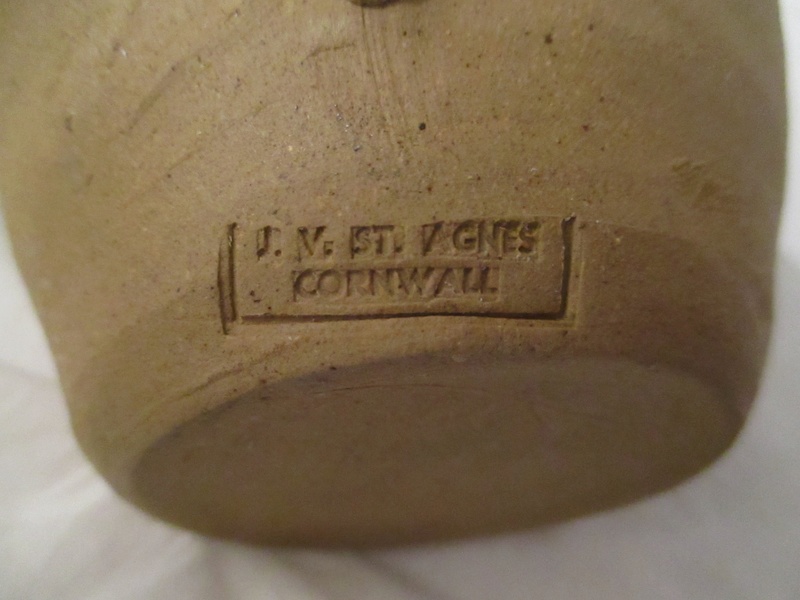 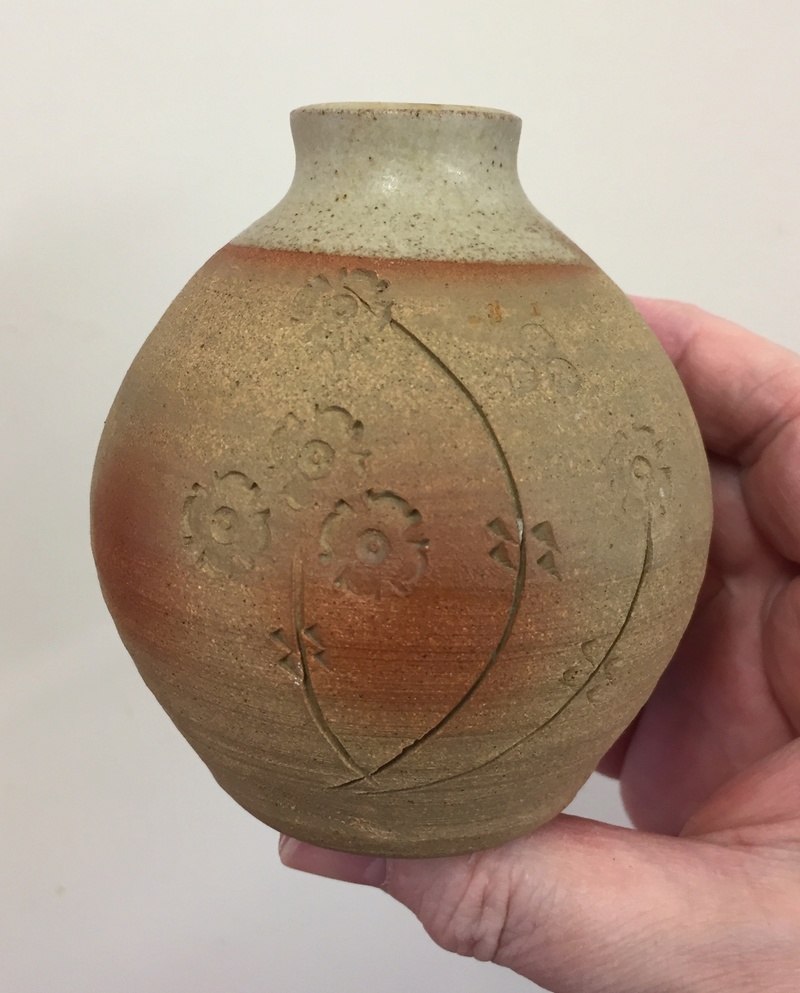 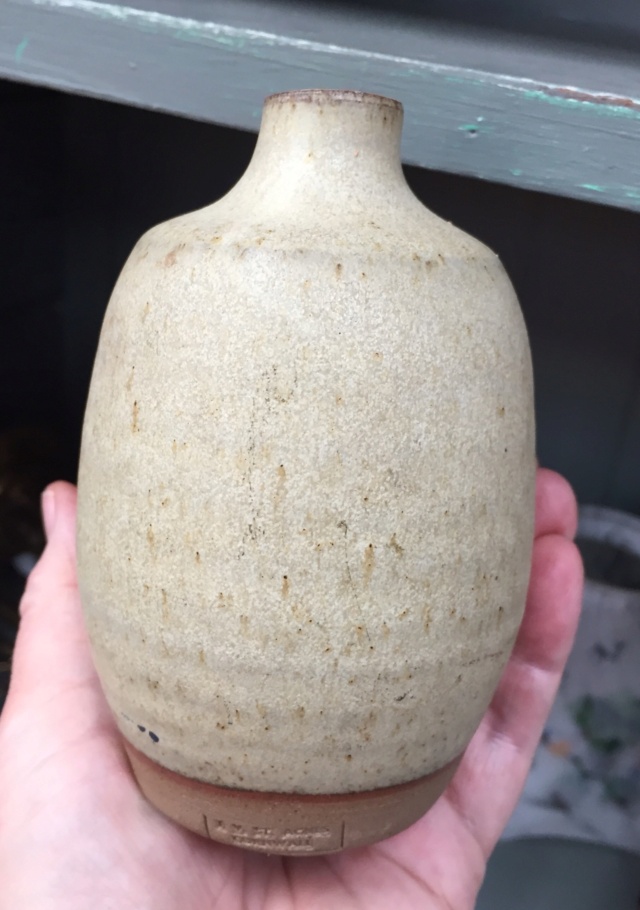 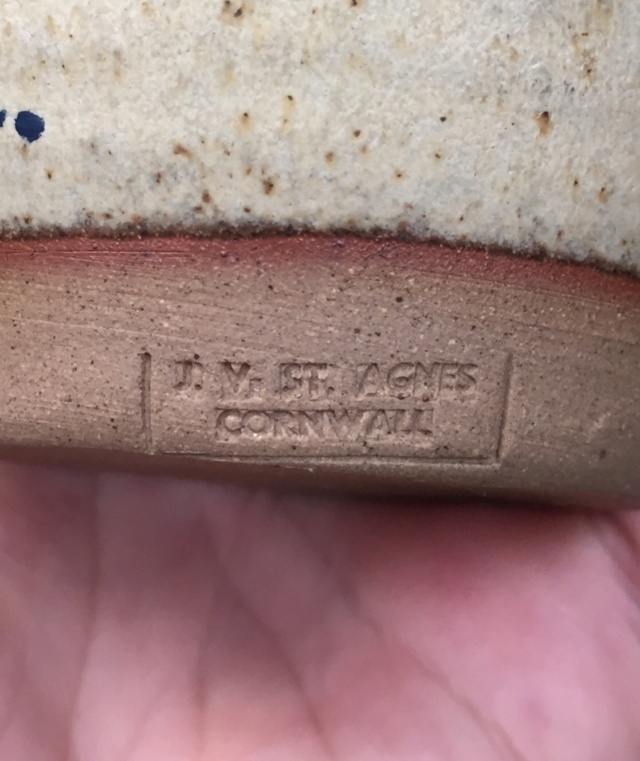 Vasey's first studio seems to have been Griggs Forge which he set up in the 60s or early 70s before passing it on to Bill Moran, who in turn sold it to Arthur Walford, (who still runs it, assisted by Yvonne Graham).
Then in the early 70s he set up a pottery in Fowey.
In 1978, Vasey arrived in St Agnes and bought the old Wayside Pottery building from the Sneddons who were emigrating to the US. He worked for some time from the original premises, which now belongs to the National Trust, and then moved to Vicarage Road, the main street of St Agnes, where he still lives.
_________________
Carrot cake is just fake cake