A friend showed me this piece yesterday that he acquired the day before, it is titled "Birdbrain". This is an earlier version as you can tell by the silkscreen trees (likely circa 1960-65). A later version is represented in the catalog which has an attached clay tree.
I contacted a client and it was sold within an hour, which would seem to attest to the rapidly rising popularity of Coronel's work on all levels. 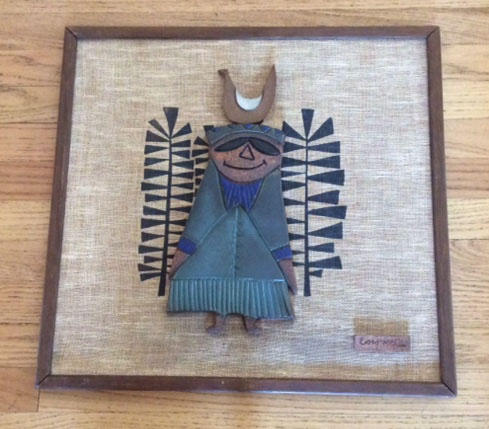 Brent Bennett sent this photo to Raul who forwarded it to me. It shows a room divider comprised of modular cut-out tiles designed by Raul in a home in Palos Verdes, California (similar pieces are shown previously in this post in an exterior setting from one of Raul's old photos. Brent mentioned there may have also been some hanging lights--I think that may have been the three hanging lamps I posted above, as they also came from Palos Verdes. 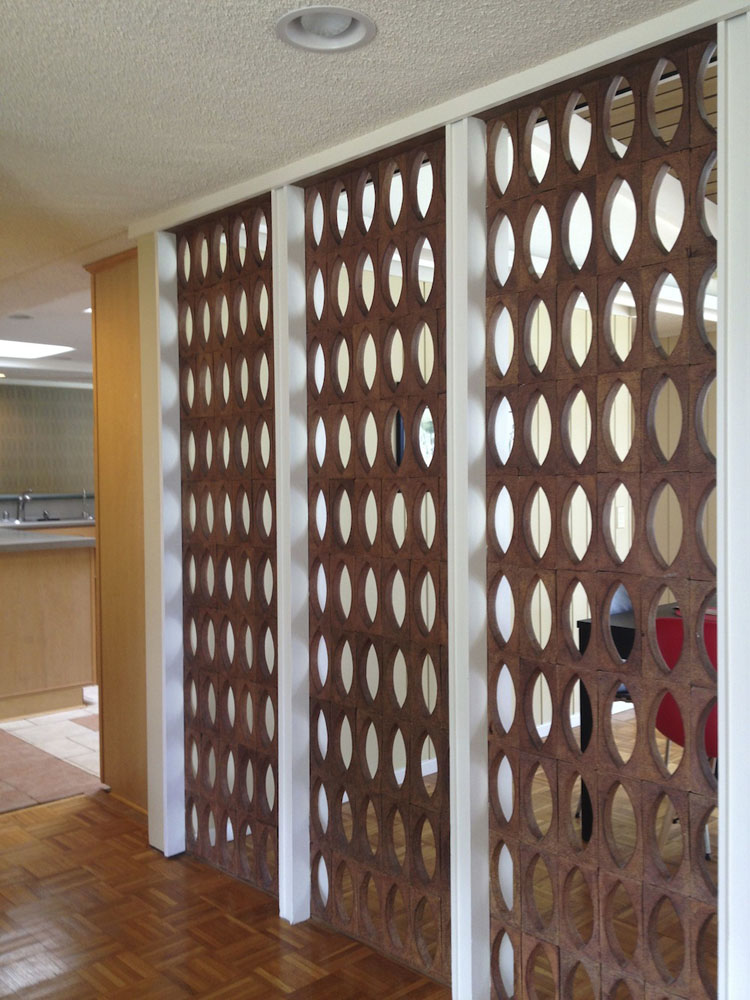 Here is a link to a video of Raul doing a demonstration at the Creative Arts Center in Burbank California. This was from a few years ago and my friend Johnathan finally posted it to Youtube.

It's always a struggle, Dan.

Calusa wrote:Here is a link to a video of Raul doing a demonstration at the Creative Arts Center in Burbank California. This was from a few years ago and my friend Johnathan finally posted it to Youtube.

With regard to identifying the output of Stoneware Designs, Inc., I have seen one piece, an ashtray, identified with a paper label that reads "Stoneware Designs Inc. formerly Raul Angulo Coronel" with an address on Federal Avenue in Los Angeles; the piece also has an incised "coronel" with a small "p", indicating it was made or decorated by Paul Pressburger, one of Coronel's assistants.

Coronel's catalog was produced under the banner of "Stoneware Designs, Inc." with a logo, but to my knowledge, the ware was marked with neither, other than the noted paper label which was apparently a transitional identification. "The Stoneware Designs, Inc." catalog identifies the company as a partnership between Raul Angulo Coronel and Walter E. Schneider, who is an artist/designer (but I don't believe he was a ceramicist). Brent Bennett, an apprentice to Coronel, eventually became a partner also, but I am unsure if it was with Stoneware Designs, Inc. or a later incarnation "Raul Coronel, Incorporated". 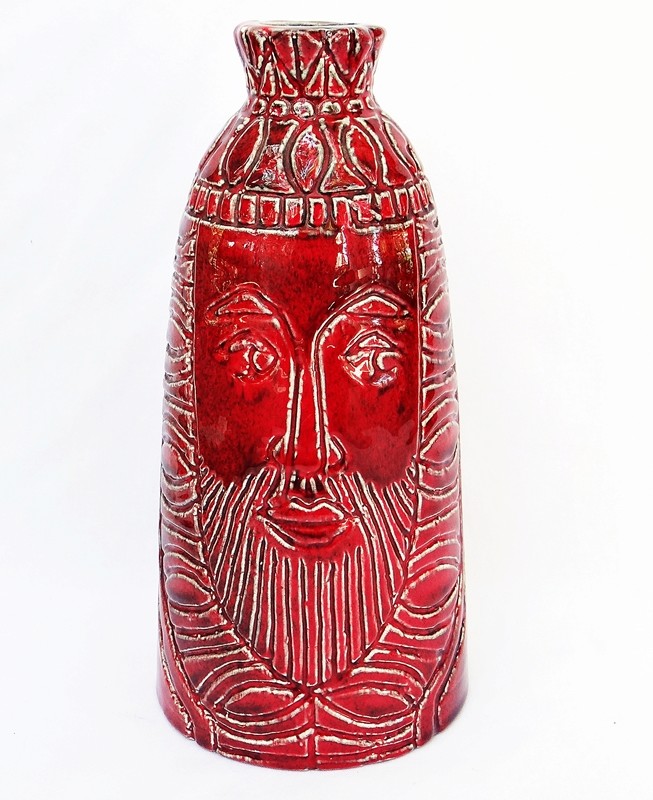 I saw in a previous post an orange King bottle vase marked Treasure Craft that was designed by Mr. Coronel and wanted to know if he, or Treasure Craft for that matter, ever produce them in any other colors? And were they always marked?  In research I found a Queen bottle vase in yellow but in no other colors.

I know very little about Treasurecraft products. I know that Coronel did some design work for them, however, when I showed him a photo of one of these pieces, he was unaware that they were being produced by Treasurecraft, and he did not remember licensing the design to them; so I don't know if he forgot the specifics or if Treasurecraft just "appropriated" the design without his knowledge.

Well I'm content with knowing it was one of his designs, even if it was produced by someone other than him and under somewhat shady circumstances. I just recently became aware of Mr. Coronel's work and let's just say I'm hooked. Sadly I live in the South where it is rare to find pieces by Californian artist of that era but that won't stop me from looking. Thanks for your help and this wonderful post. Oh and if you see Mr. Coronel please tell him I said thank you as well.

Just found my first Raul Coronel wall plague (Nesting bird in tree). Found it a local flea-market for very little money. I didn't know anything about the creator but thanks to your thread I've learned a lot! Thank you. I'd post a picture but haven't figured out how to post it here. :-)

Raul Coronel -How To Find His Amazing Pieces From Afar?

Hello!I'll start with a back story... 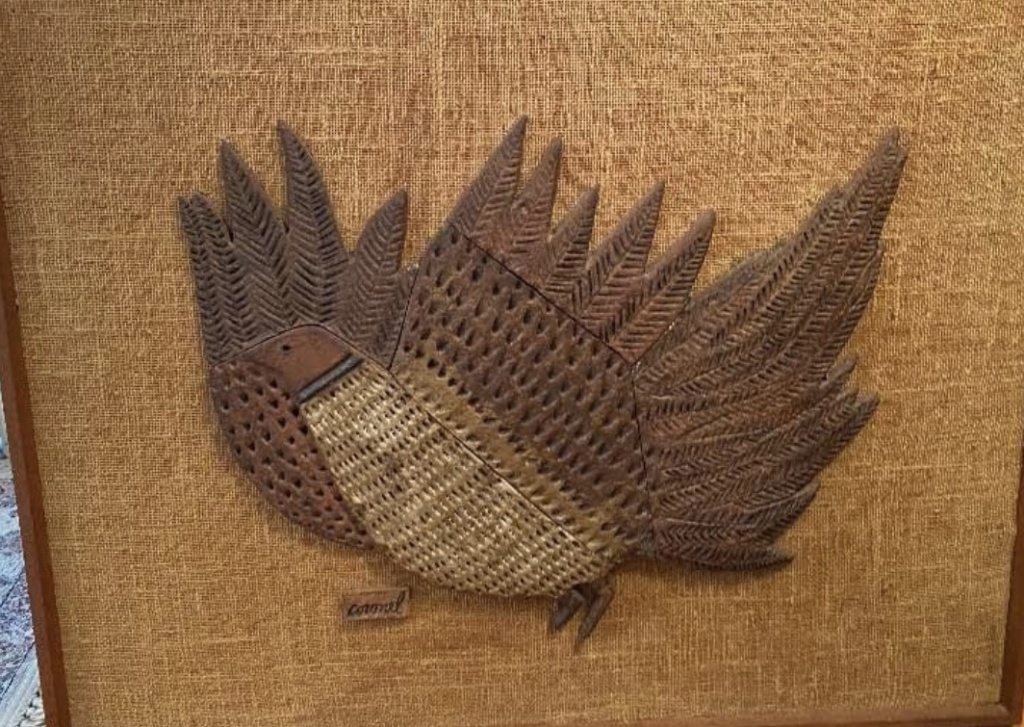 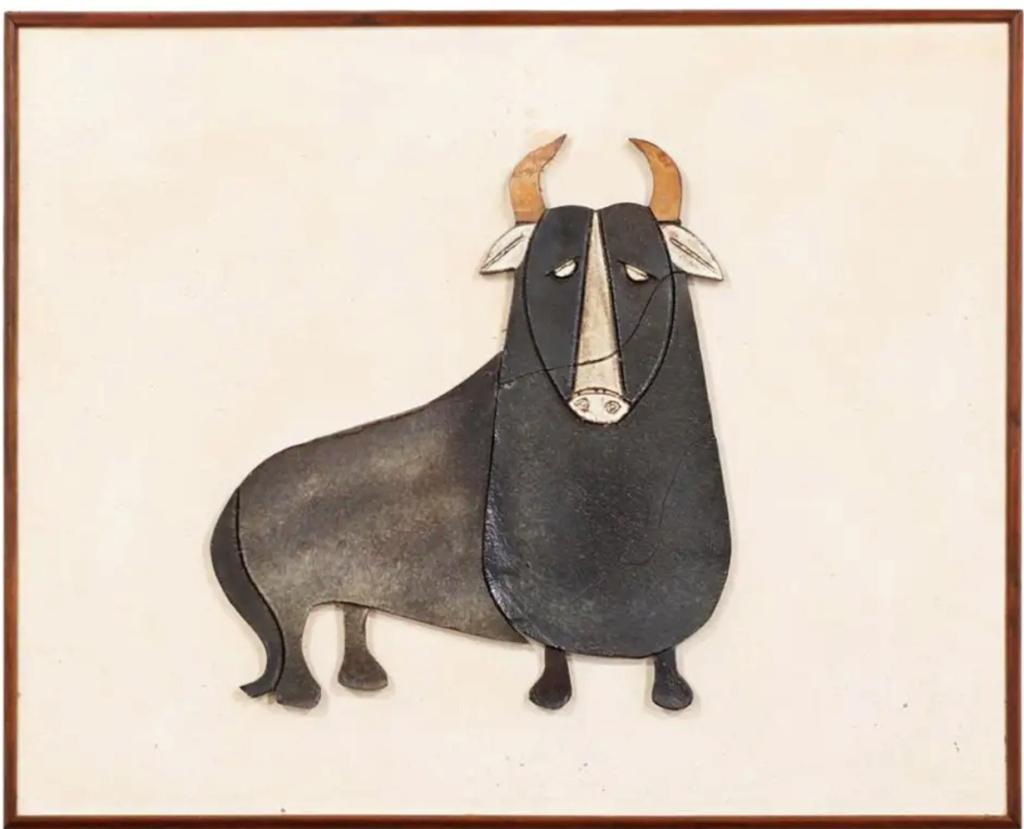 I was born and raised in Santa Monica (67-85). My beloved dad, Gabriel Lobato, owned a shop their call Bill Dunn Auto Top Shop on Ocean Park. Somehow I remember Raul's name over the years and wonder if they knew each other. My wonderful dad passed away on 1 August, so I can't confirm. In the mist of it all, I recently came across his some of Raul's beautiful creation's  and fell instantly in LOVE! I am Mexican, and I especially feel connected to his "people" pieces! I haven't slept in weeks combing the internet for one small enough to own. We are a military family and move every 2-3 years and the movers are brutal! With a smaller piece I can carry it with me whenever we move. First question! Do those pieces come by often? How does one find them? I am in WA state, on a military post, so I am at the mercy of the internet. I did recently purchase a unique piece from a 96 year old lady in New Jersey! I told you I was combing the internet!  She is the original owner and acquired the piece as a gift back in 1966 when she married her military guy! Such a small world! At 96 years old, how could I say no? The piece is not one for our home decor and much too big to carry on person during the move. Anyways...I am rambling! I did also come across another piece that looks like his work, again original owner (so I am told), and from the early 60's, unsigned and from Southern CA. Curious if it is his work, and if not, who else was that spectacular from the era? I'll attach a pic of the one I just purchased and the one from 1st DIBS that looks like his work. Thank you for listening me ramble on! I am such a huge fan!
Hope the pics loaded, newbie here!

Yes, that is who I am speaking about. I am new to this site, did I post it in the wrong place?

Okay! So much has happened these last few weeks. After my beloved dad passed away in my arms 8 weeks ago, I dived into art. I use to dabble here in there, but nothing like being so sad for 15 hours a day and looking at pieces through out the internet for 6 weeks. That is when I came across Raul Coronel's pieces. So much joy in them! My dad was a craftsman, Hispanic and lived in Santa Monica from the late 50's until the mid 90's, well, the connection was surreal. I was hooked at every level with Raul's masterpieces. I purchased a large Guinea Hen piece from its original owner who was 96 years old. She was an Army officer's wife who received it 1966 while stationed in Denver, CO as a wedding gift. It was what I considered mint condition...until someone who will remain nameless left my sanctuary room (aka sunroom) door open and the cats had a hey day with it, not once, but twice! I was crushed and I only owned it for less than a week. The hen is salvaged, but the burlap is not. Two weeks prior to this,  I have been speaking to a gallery/MCM star owner about a piece he was selling. I kept going back and forth because I did not want to own a large piece of art. Just like the original hen lady, my husband is a Army Officer as well and we were also married in CO. The original owner was so tickled by that! Military families generally have to move every 2-3 years and military movers are brutal! My goal is to own a smaller size people piece or maybe even an animal piece that I can carry on person with each move. Okay, as my husband always say "Gabby, bottom line upfront"! HA HA! Here goes:  Is it crazy for me to consider giving, well trading these two pieces for one smaller piece? I love the people pieces so much and well I explained the size concerns. The flower piece is currently crated and waiting for Fed Ex to deliver to me, but I figured why pay twice to ship? If I can have the gallery/MCM store send it directly to someone else (it has been paid for). What I have is a the Guinea Hen 31 3/4" W x 25" H and 1 1/2"D, "Cornel" tile is no longer there, original frame with the Venice sticker on back, one feather is missing a small piece. I now also own the flower/tree pot that measures  49" W x 31' H and 1 1/2" D, has the "Raul" stamp on it, and original frame. Please bear with me, as I am new to all of this. Thank you for any input. Okay, now I can breathe, Anyone still there? :) 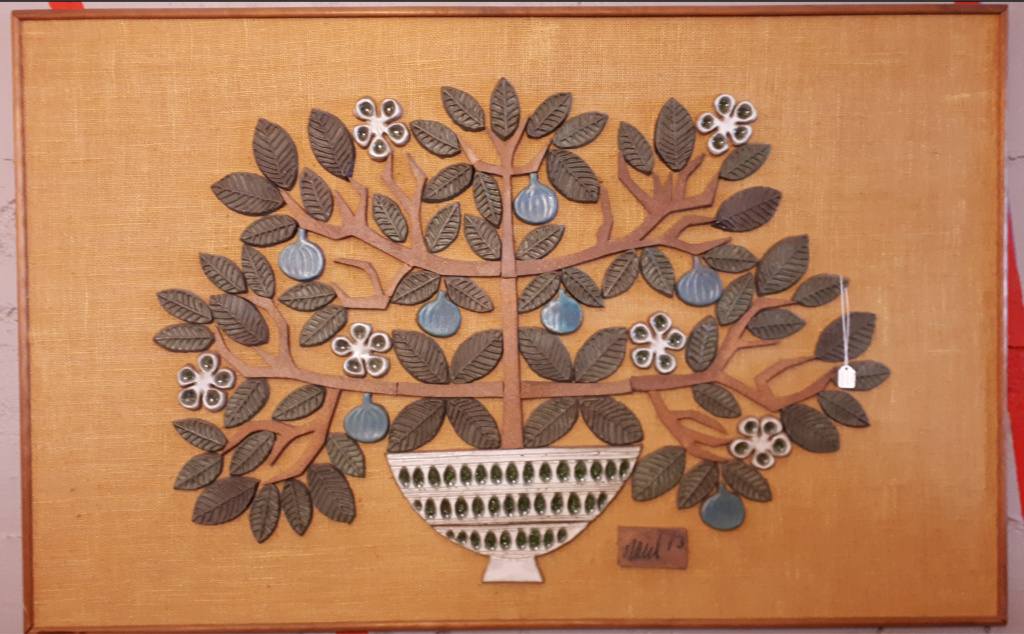 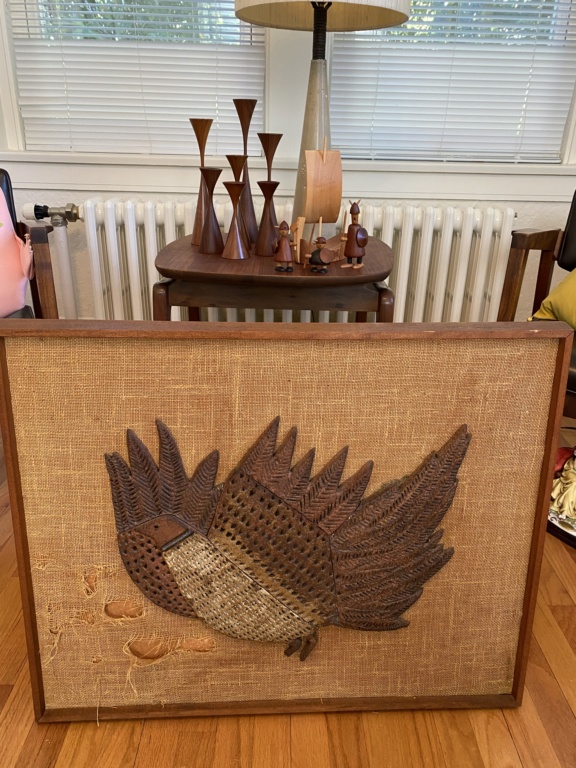 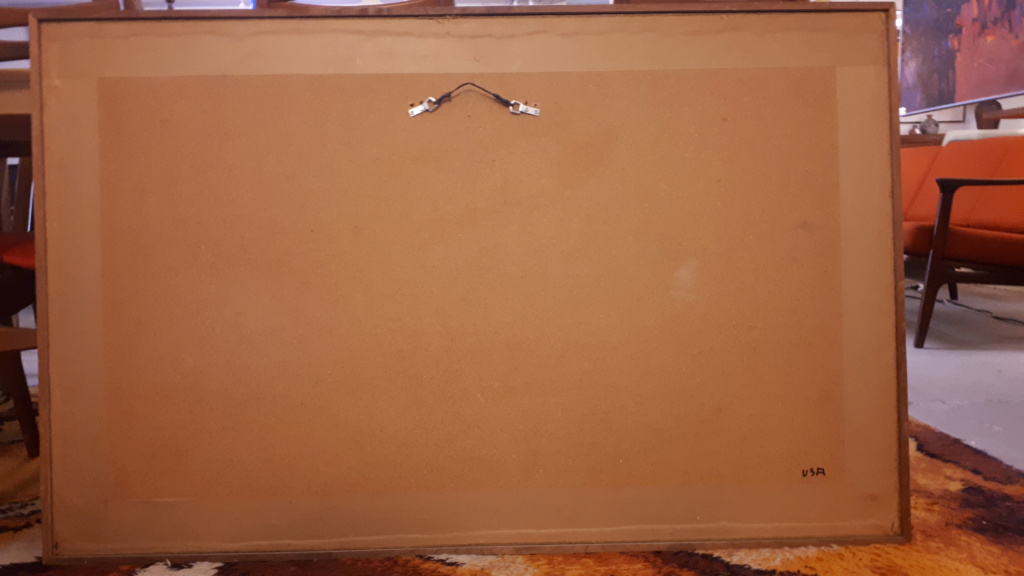 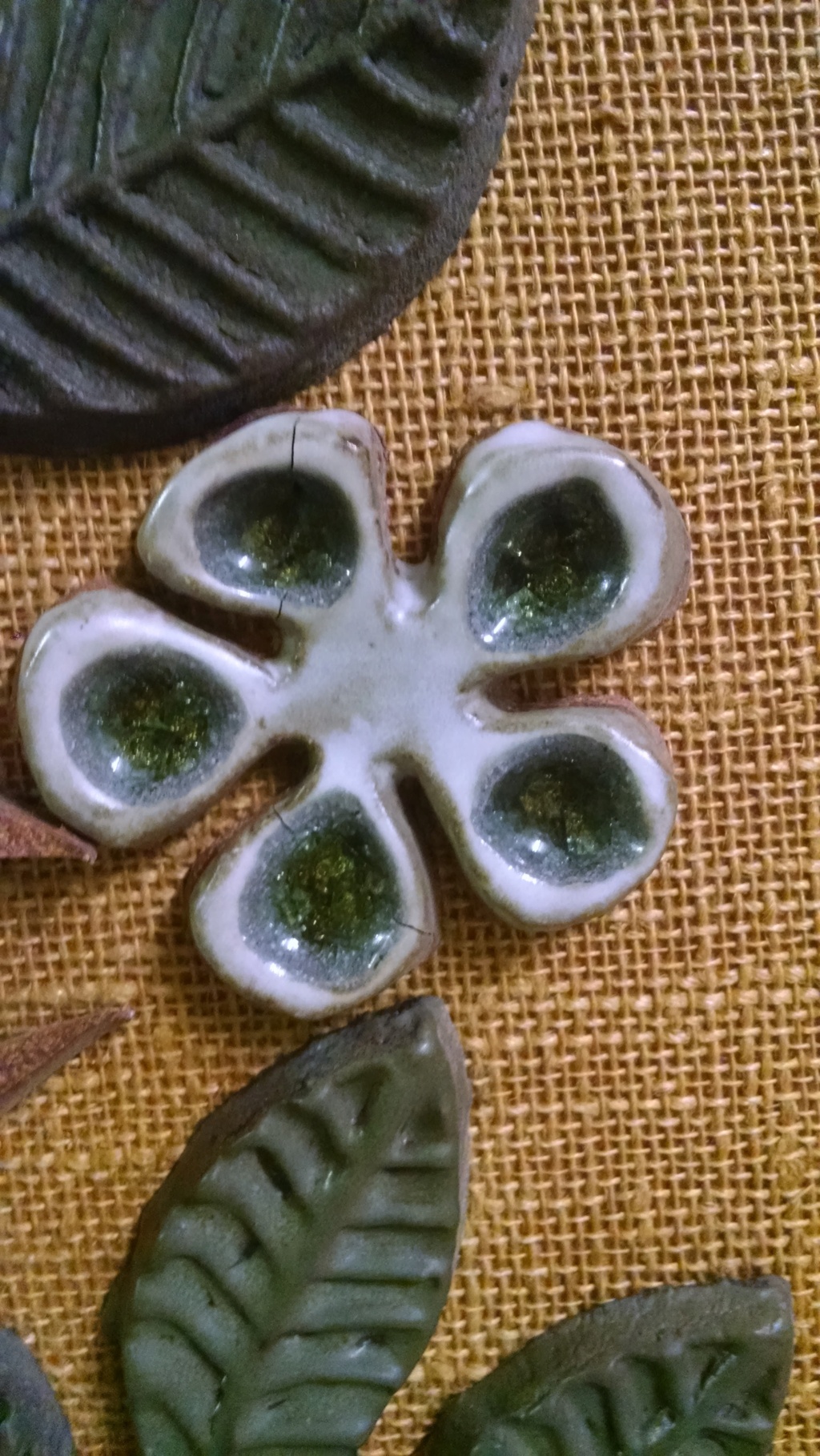 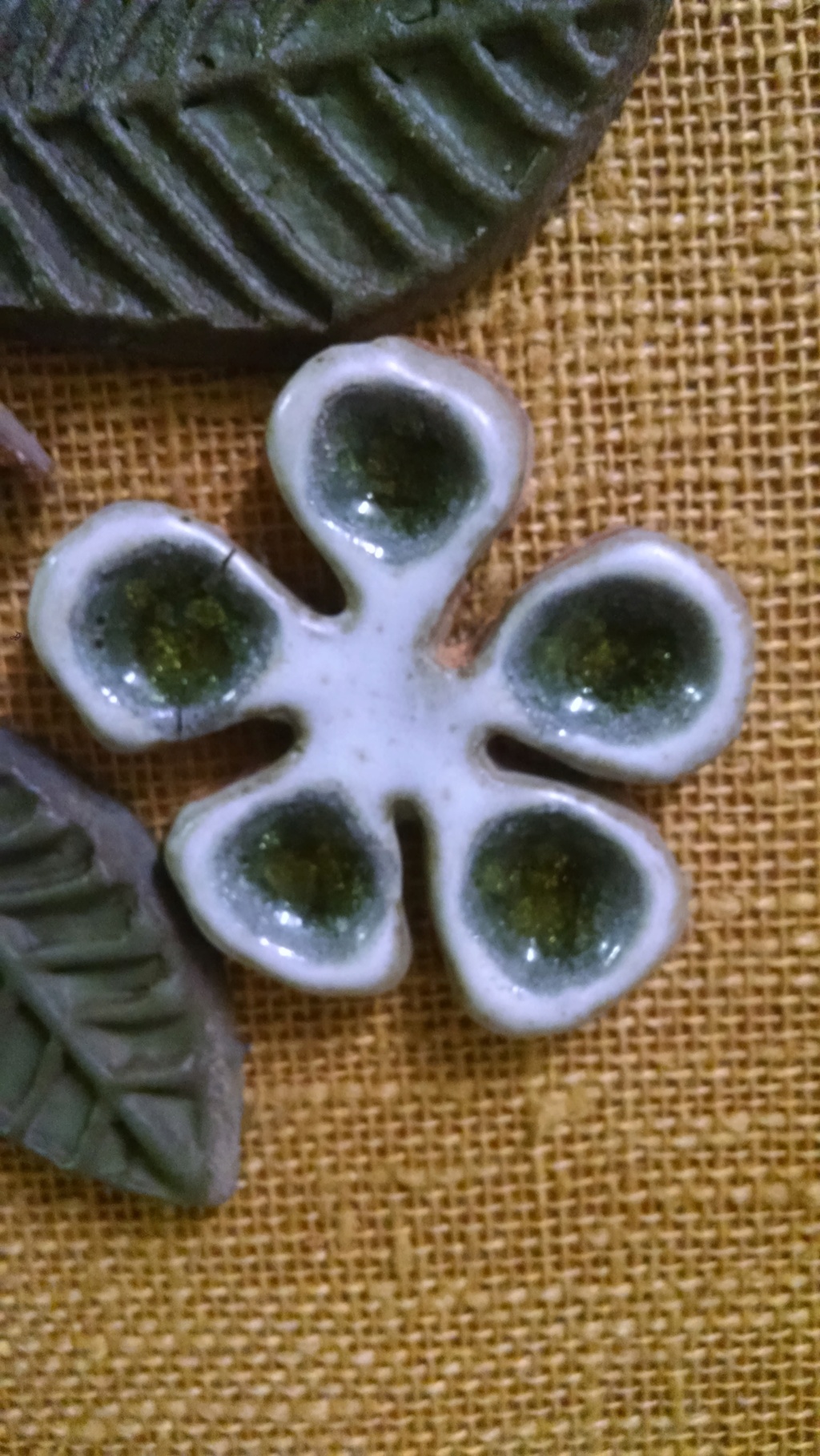 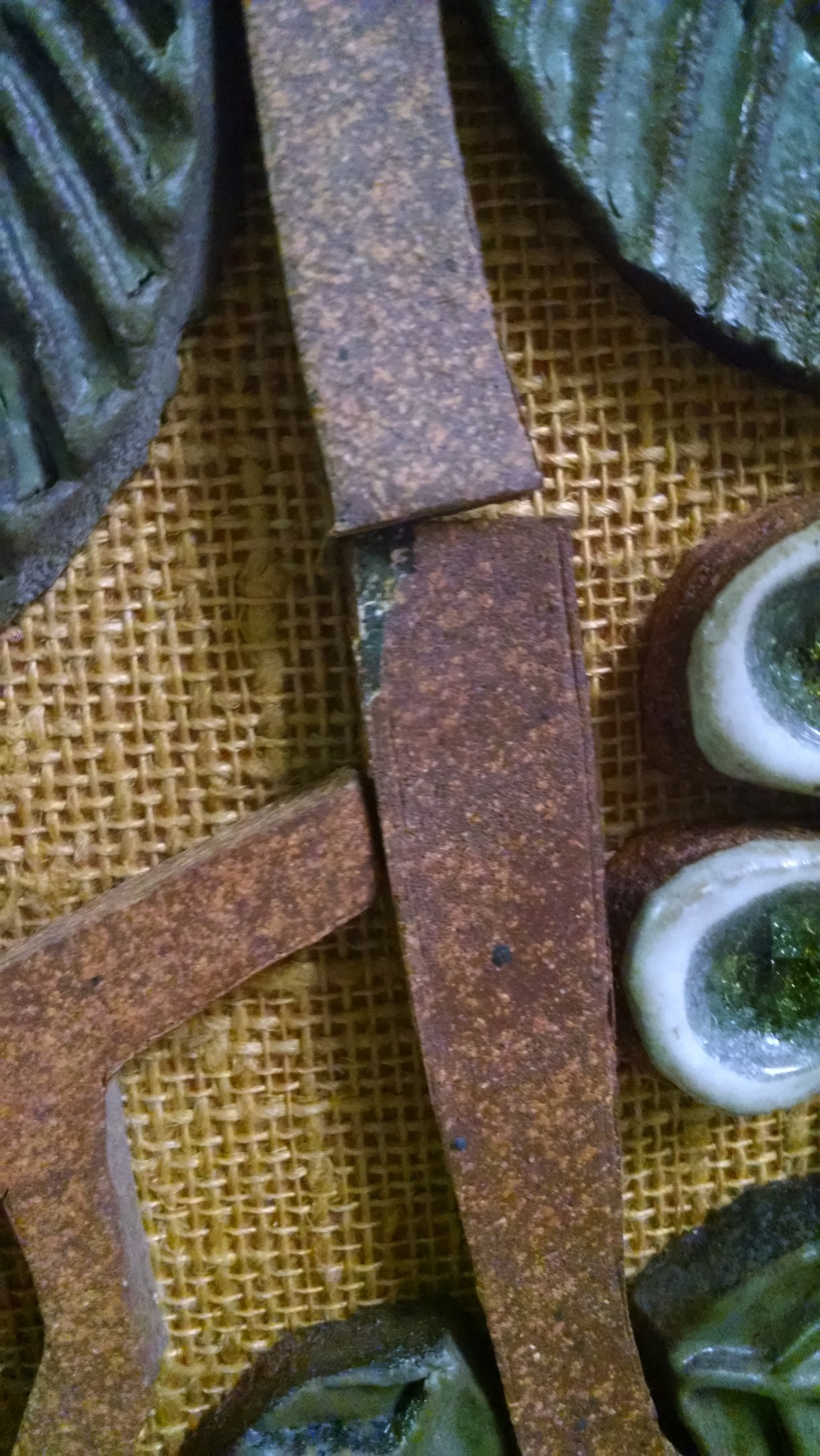 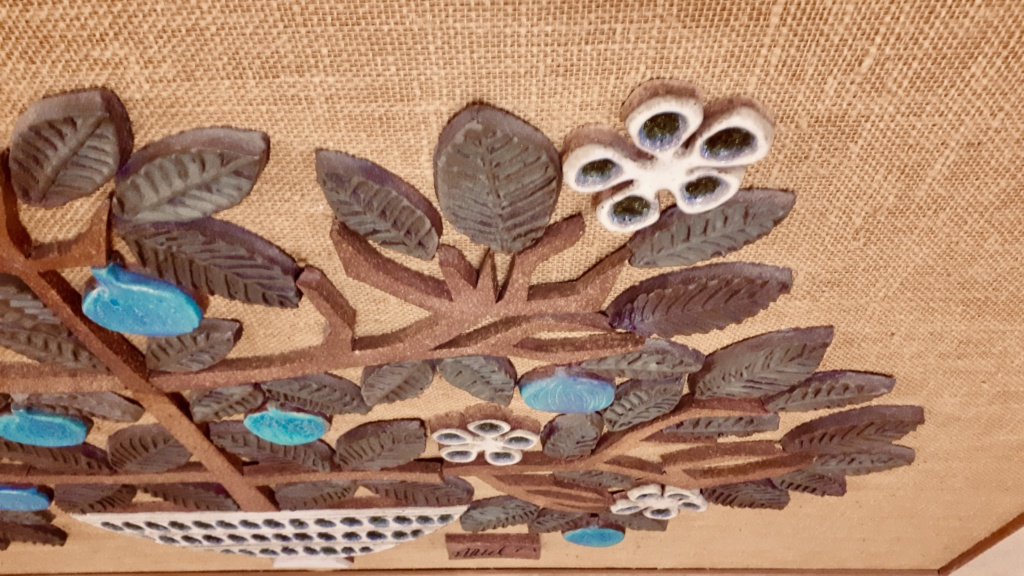 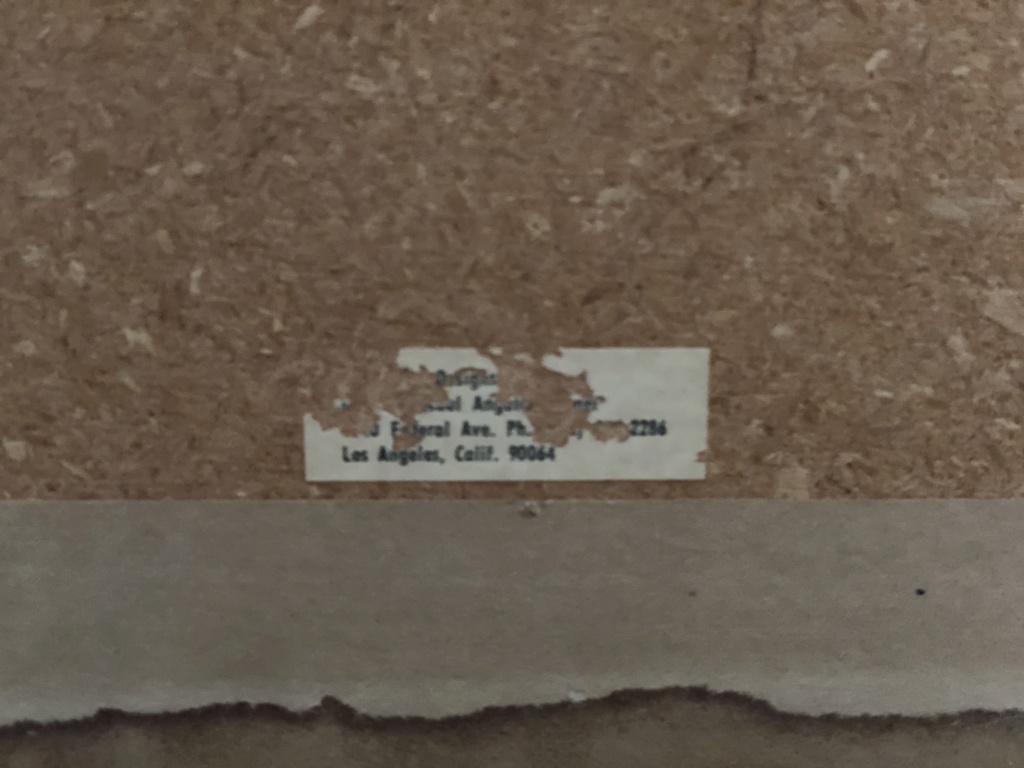 He is an exceptional artistic mind and we would be unaware of his work had you not joined the forum.
Thanks Calusa
_________________
Making new friends as an adult is hard...because I don't want them.