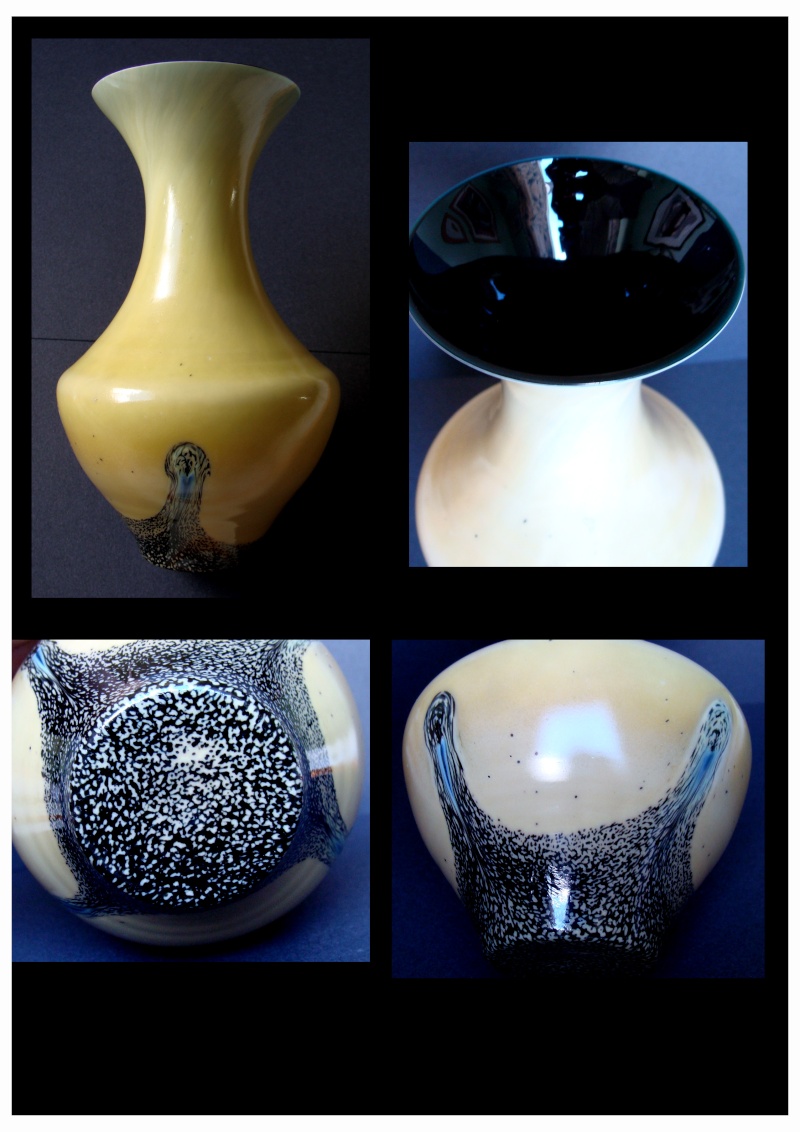 I usually only spend a few pounds on items that look interesting, but today I shelled out a budget busting tenner on this vase, I couldn't resist it. It just feels old and of quality, and the pale yellow and black marbleing give it a genuine art deco look. It is exactly seven inches tall with a heavy base but very thin rim, the marbleing effect is slightly raised from the surface, the base isn't completely flat, it has a slight indent. Does anyone recognise this type of glass and maybe suggest a maker or designer.

any informations on this beauty? might be made for cigarettes....?
aint got the hill book yet.... (it's far too less caithness around in germany anyway)
can't find it searching the web.... or is the teak lid not for this vessel?

Designed by Domhnall ÓBroin in 1961, discontinued by 1972. Info from Caithness Glass by Mark Hill.

thanks john,
i do enjoy your help a lot and i certainly like it as well
it's quite difficult to find british glass and pottery on german fleamarkets

Domhnall ÓBroin was one of the first designers working in Britain to be so heavily influenced by Scandinavian design and glass making methods. It shows in this piece in it's simplicity as well as the teak lid (yours is just as it should be, they are described as "storage jar".). ÓBroin is probably an under recognised designer over here. 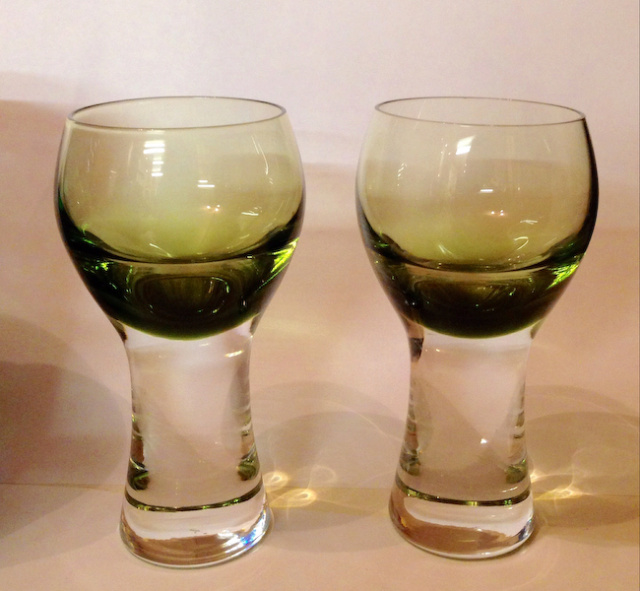 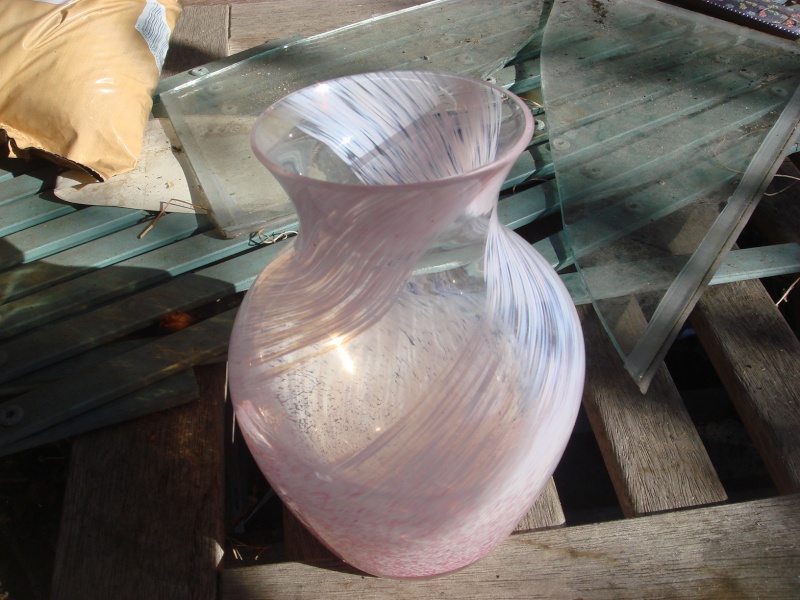 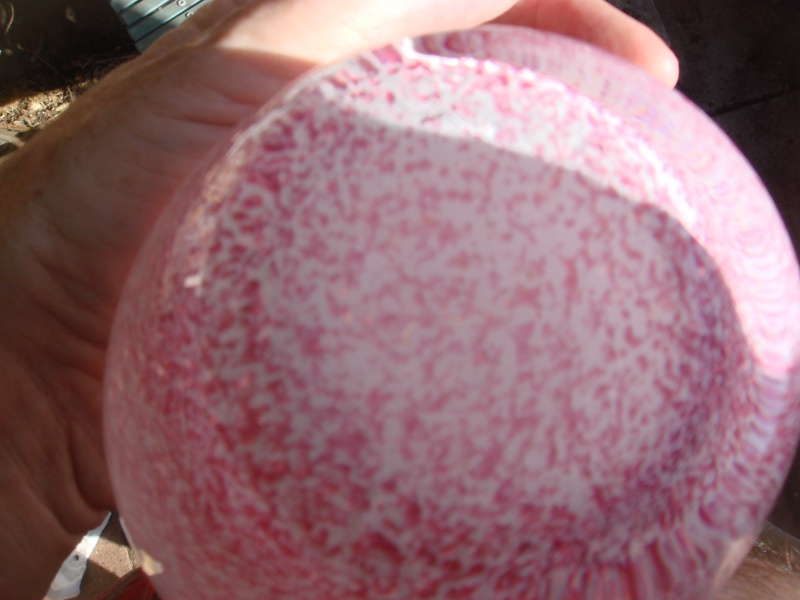 If i have posted before i aplogise

No prizes for guessing the date of this acid etched Caithness amethyst bud vase, produced for the centenery of Renold, a manufacturer of precision chains. 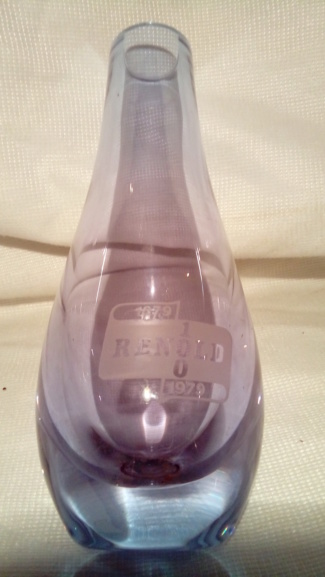 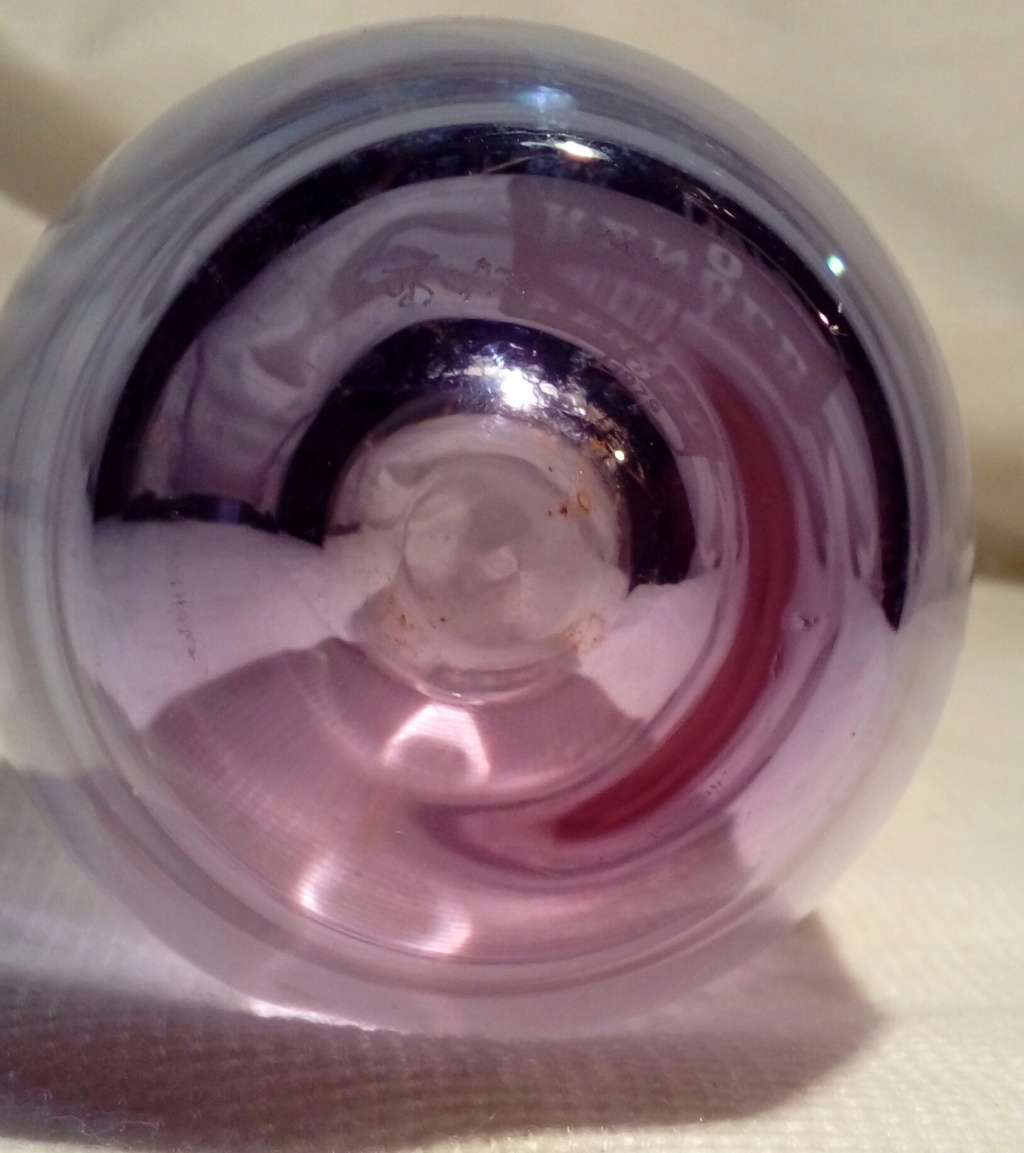 Hello - do you know the era this Caithness label is from? 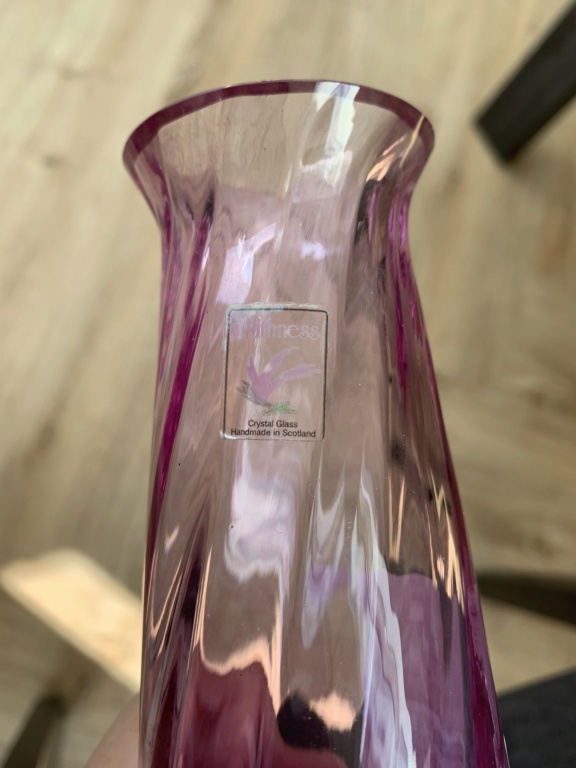 A blown crystal cylinder with trailed olive green glass hoops… H: 12” No markings. Seems well made, interesting, can’t find anywhere. Has anyone got any ideas? Thanks 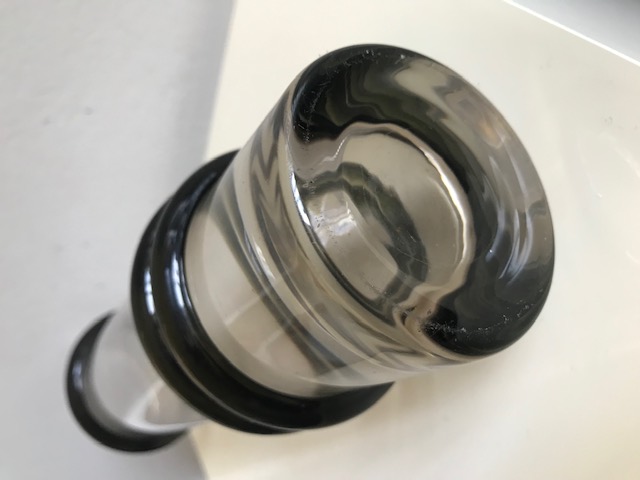 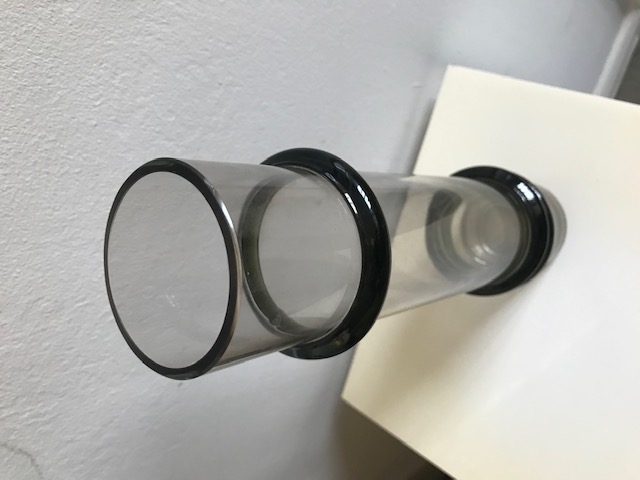 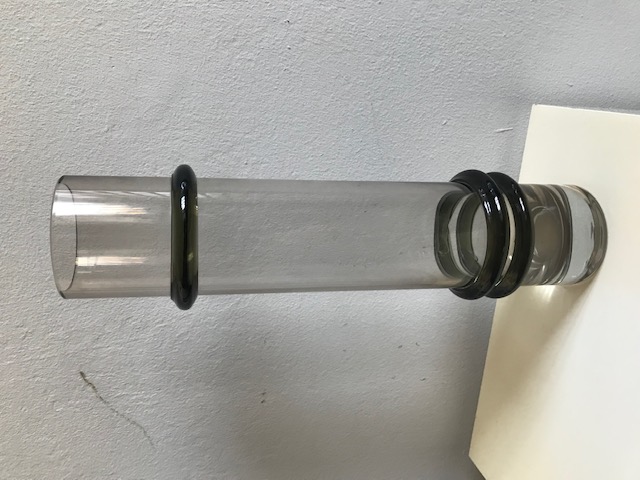 Sure Cathness did something with hoops like this, It was in a magazine article by
Mark Hill, I'll see if I still have it somewhere. 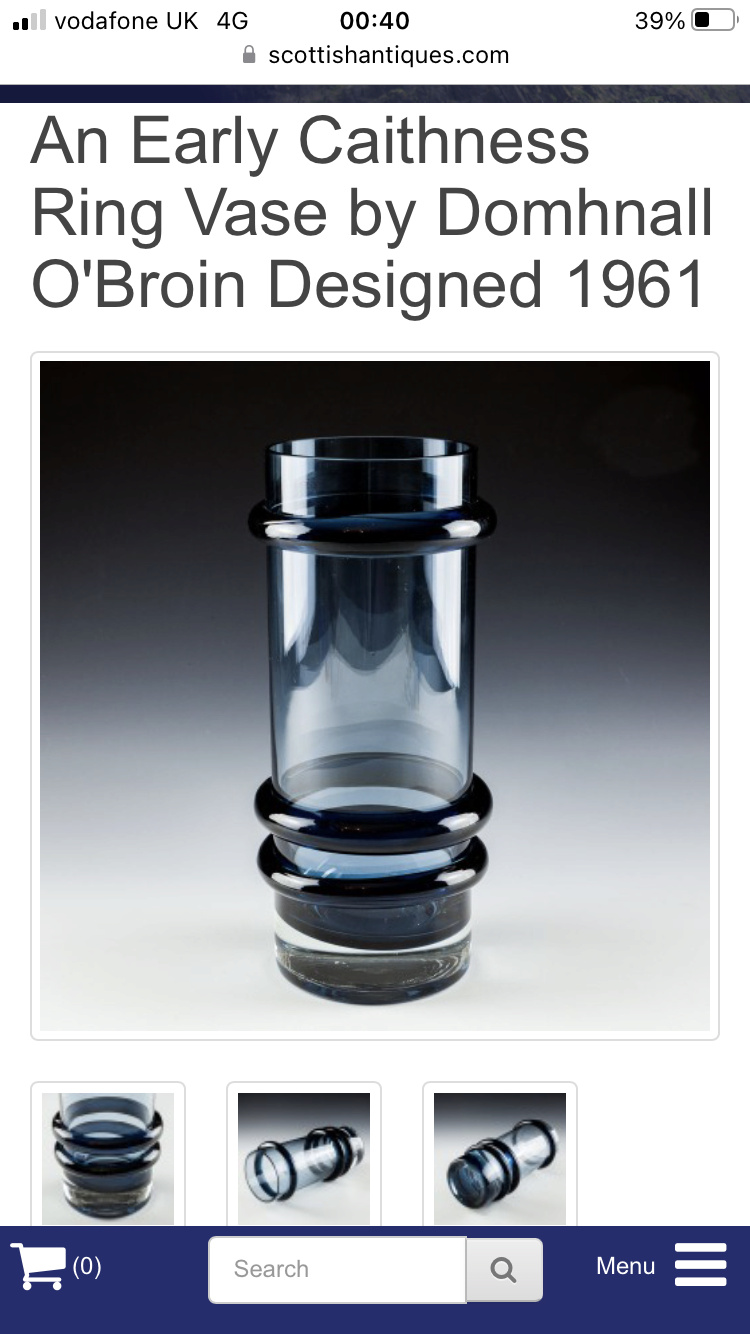 DD you’re a genius! Thanks so much.

Great, glad you found it so easily. I think they are pretty rare.

A large bowl with engraved Dolphins. 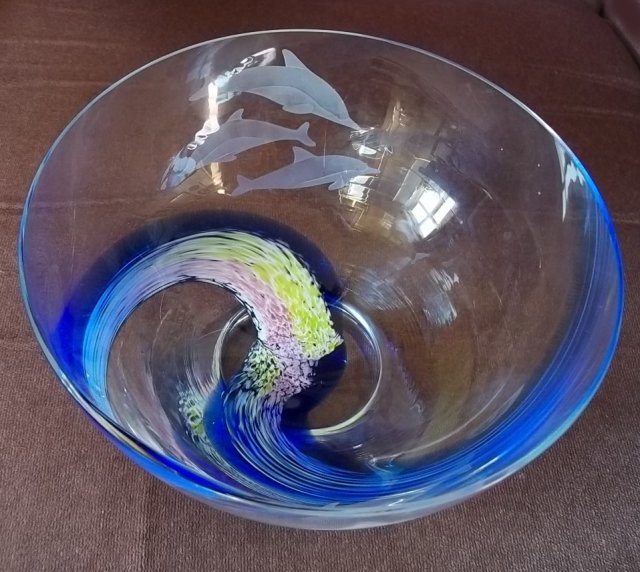 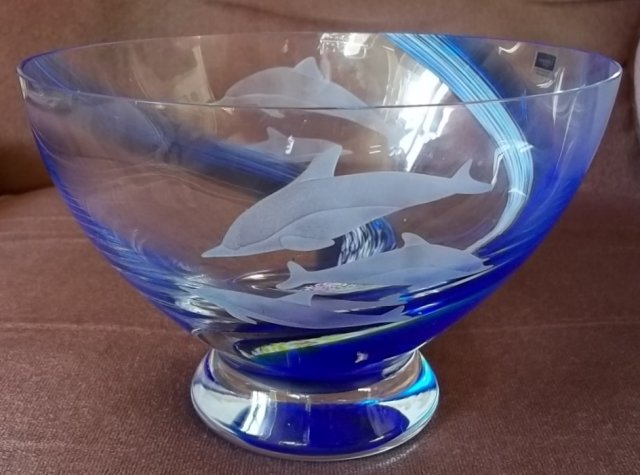 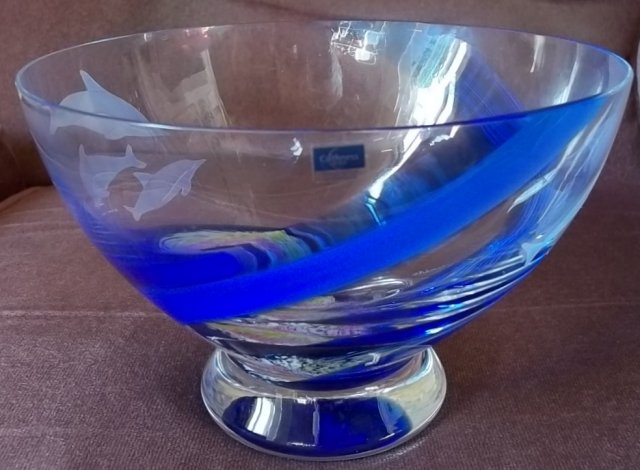 Hi there, I need help please trying to identify this small heavy glass vase or tumbler (not sure how to categorise it). Its 12cm high and top diameter is 10cm. It has a clear bottom and then a swirly pattern at the bottom. Thanks in advance for any help 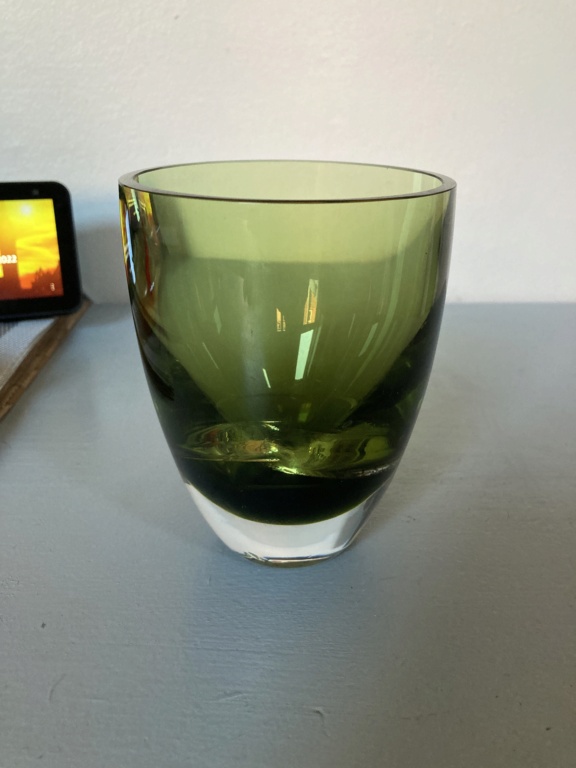 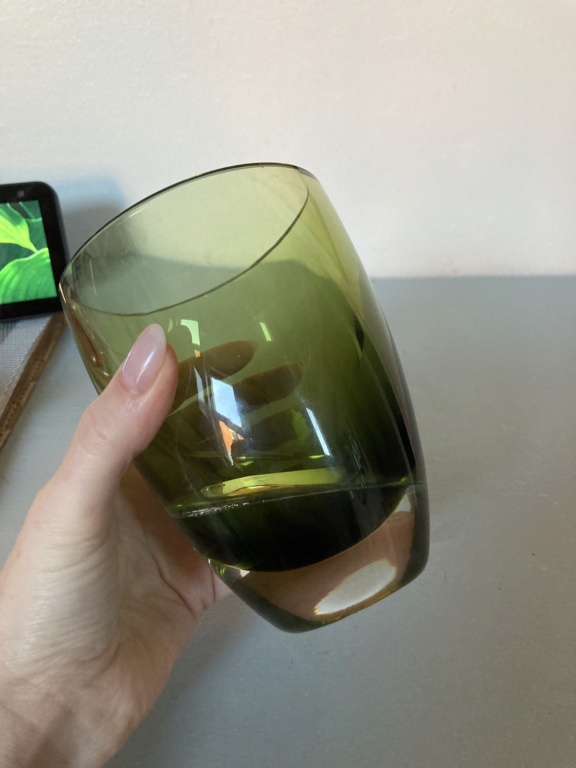 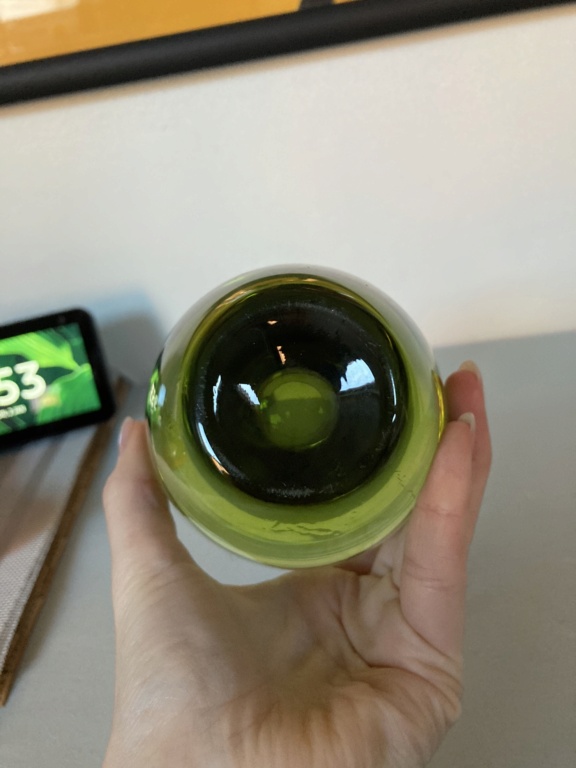 I picked an identical one up the other day in cinnamon and kind of covinced myself
that it was Whitefriars. Yours would be the Willow colourway.
Very similar to the 9652 flared vase by Baxter from 1965, but unfortunately the
height wasn't stated in the book to compare it with. Maybe wrong though...

Thanks so much for getting back to me

.Just had a quick search and I think mine is a bit too green to be one of those

. Your cinnamon one sounds lovely

The cinnamon example 5 inches high, so looks to be the same vase. 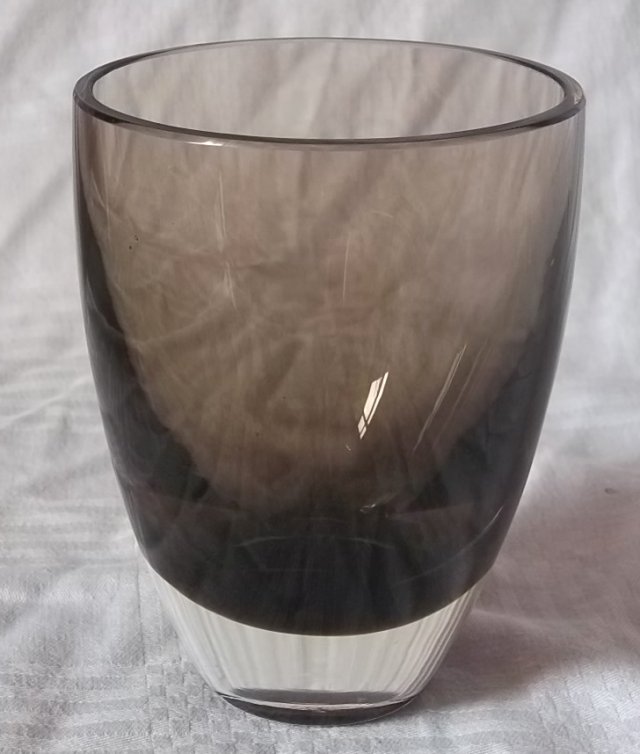