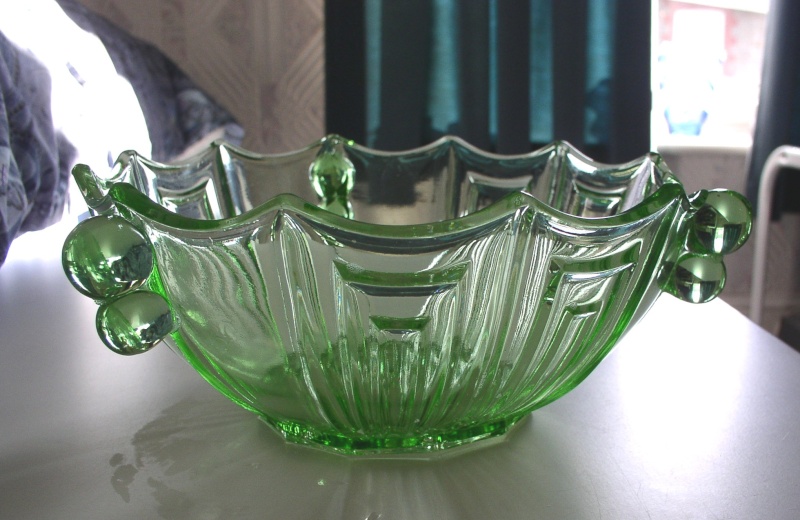 I purchased this bowl recently along with an Art Deco chrome diving ladies stand. I knew the bowl had some damage but it was the stand I was really interested in as I already own a suitable Bagley fish scale bowl for this stand. I am now intrigued as to where the damaged bowl originated. My first thought was French but now I am tilting more towards Bohemian. Any ideas would be appreciated. I'll add a photo of the stand later.
Thanks,
Bryn 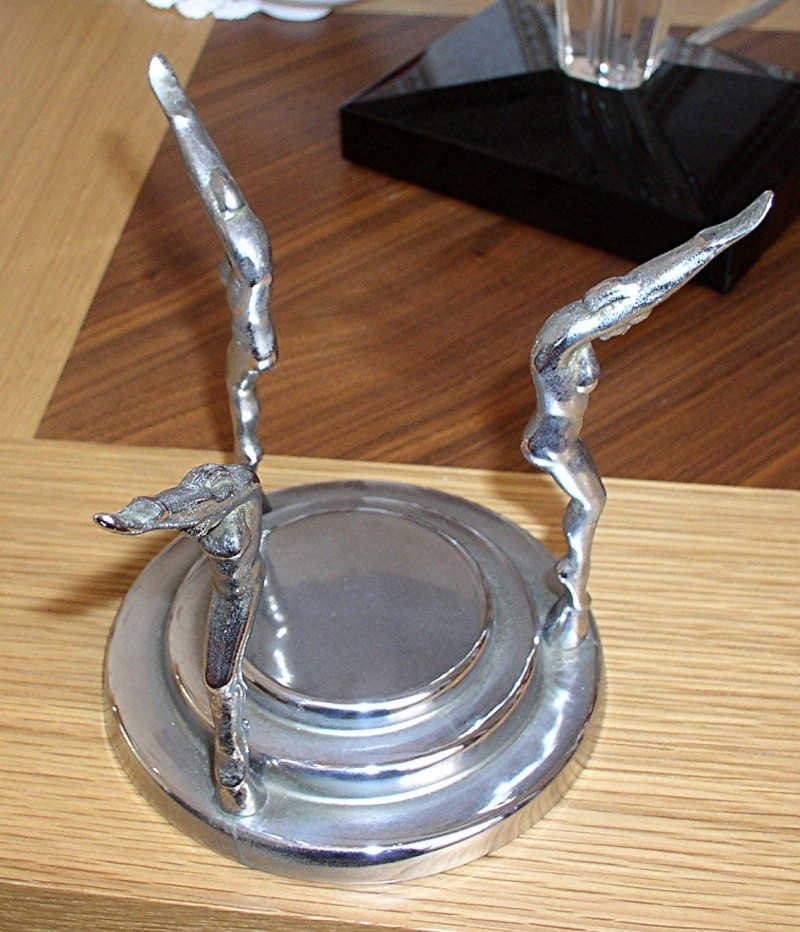 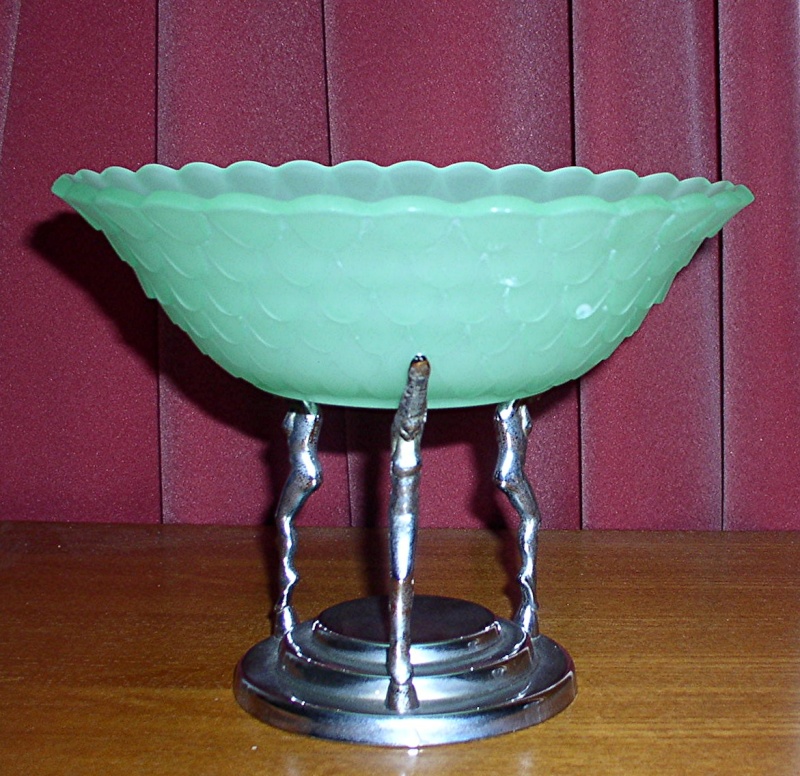 put this in the wrong forum have i not!!
Bryn

Could a moderater move this topic to correct forum please? Thanks

Thanks Pip,
Just had new computer (mac) hope my computer problems will end now at least for a while. Will take a bit of getting used to though as all Googles open up with .com addresses, without the UK option..
Bryn

no worries Bryn. I'm afraid I can't help you with this piece - I know very little about deco pressed glass. Nic knows a fair bit about comports however so he may have some info (that's when he's recovered from the New Year of course - he's not surfaced yet! LOL)
_________________
Text & photographs

Absolutely no idea when it comes to most pressed glass. I had a look through the 'bowls' sections of Pamela's site, but didn't spot it there (admittedly, I could easily have missed it):

The stand's quite nifty - not seen it on my travels before. It looks quite Continental.

I forgot to add that the 'tripod' motif for centrepiece bowl stands seems to have been most favoured by the French during the Nouveau / Deco period. I've not noticed it so much from German manufacturers.

Of course, that information is only useful if the bowl is original to the stand and if, even then, they were made in the same country - for which I've not got the foggiest.

Hi Nic,
Thanks for your suggestions. There are some numbers impressed under the base of the stand but not enough to be UK registration numbers so I agree it's probably Continental in origin. I do remember seeing a vase on which also had the ball shaped attachments around the outside and that was listed as being by Daum. I remember thinking at the time that the attribution was a bit far fetched but the vase did get quite a high purchase price. So who knows.
The stand with it's Bagley mismatch has looked quite impressive over the Xmas period, filled to the brim with satsumas. As I think I previously stated, Carol, my wife, loves it so I think it will be on display here for some time.
Cheers,
Bryn

I'm thinking the comport is Czech, but don't have more than a hunch to back it up.