This is one of my favourites - the blue glaze is matt and lightly textured.

Stoneware, dipped after biscuit firing, in red oxide then wiped. Top is oatmeal glaze. And the impressed decoration applied with a carved wheel. A chap called Gary, around 1975, carved the little wheels to imprint the decoration.
This range of pottery was certainly being produced around 1975 and onwards. Sugarbowls, bowls, plates etc. were all produced in this style with the same embossing and glaze sequence. This was the commercial range, none of it made by the owner (David White?). He, whoever he was, made incredibly delicate ceramic goblets, amongst other things. The 3 other throwers who worked there mid 70's were Gary and 2 deaf/dumb girls - Diane Sanders might have been one of the 2 girls, but really not certain on that point. The throwers also made their own individual pieces in their own time.
- all of this told to me by my partner who worked at Broadstairs in the mid '70s as the clay pugger / 'boy'.

Two mugs from same range as those beakers above. Still part of my job lot the other weekend.
Height 3.75 inches.
As well as the Broadstairs Pottery stamp, they both have DV stamped into the base - no idea what this is for , but might help someone if the Broadstairs isn't clear on their item.

.... and now for something completely different ....

I'm sure this is intended to be a chicken and the signature on the base includes the word Easter. I have looked on the www and been unable to find any reference to the maker. So any ideas would be gratefully received . With my limited knowledge it screams Scandi and possibly the name is an indication of that??    8cms high

Broadstairs Pottery - although this doesn't look as though it's been made in the same way as the Broadstairs ones, so may be a copy by Shelf?
_________________
Carrot cake is just fake cake

This is the Broadstairs one -

Thanks for that Naomi
I see what you mean, but I fail to see why such direct copies would me made as thay are not that desirable . Having said that I'm aware that Shelf was responsible for ' taking over' some of the Tremar range.

Two thoughts
1. It was given as a gift by Elisabeth and Rainer Easter 1983 - or am I so dense I should have seen that before !!

2. Did Broadstairs and/or Shelf always mark their things??

Yes, it's a gift.
Broadstairs sometimes stamped their pieces. Shelf, in my experience, isn't marked unless there's an old label on it.
_________________
Carrot cake is just fake cake

Has anyone ever seen any other pieces of Broadstairs in blue? It is marked underneath as Broadstairs. 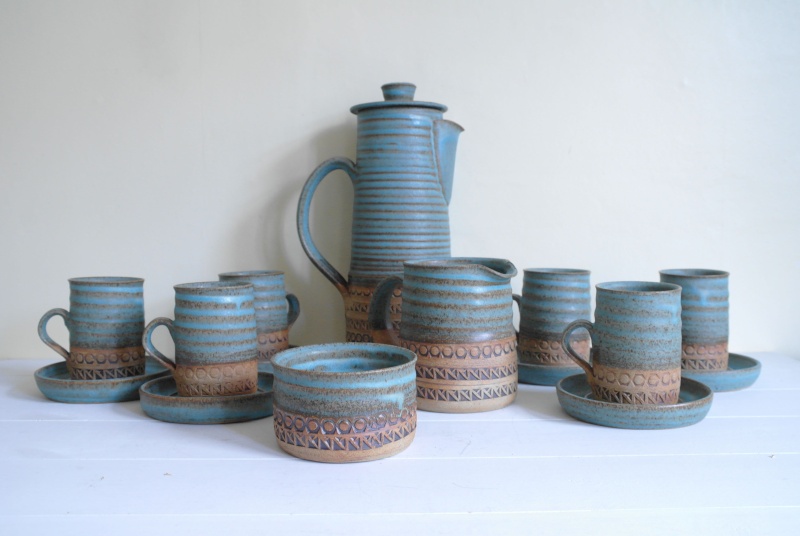 The unglazed circles decoration around the bottom of the cups and pot is a typical broadstais.You see it in all their work.It was run by David James White from 1968-83 at Broadstairs.

Yes - it is back-stamped as broadstairs, just I've never seen broadstairs in blue. Just wondered if anyone else had. 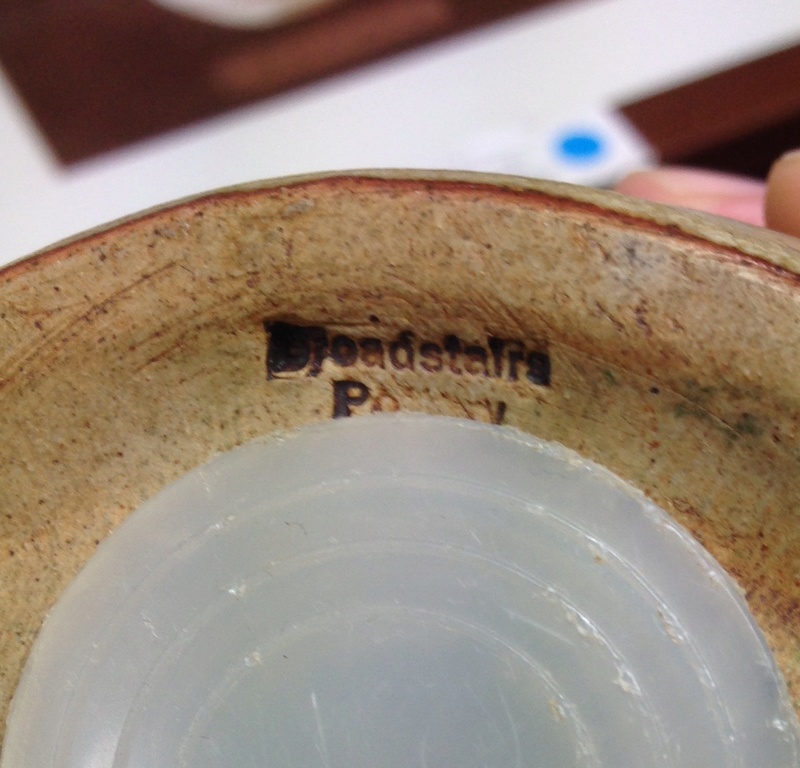 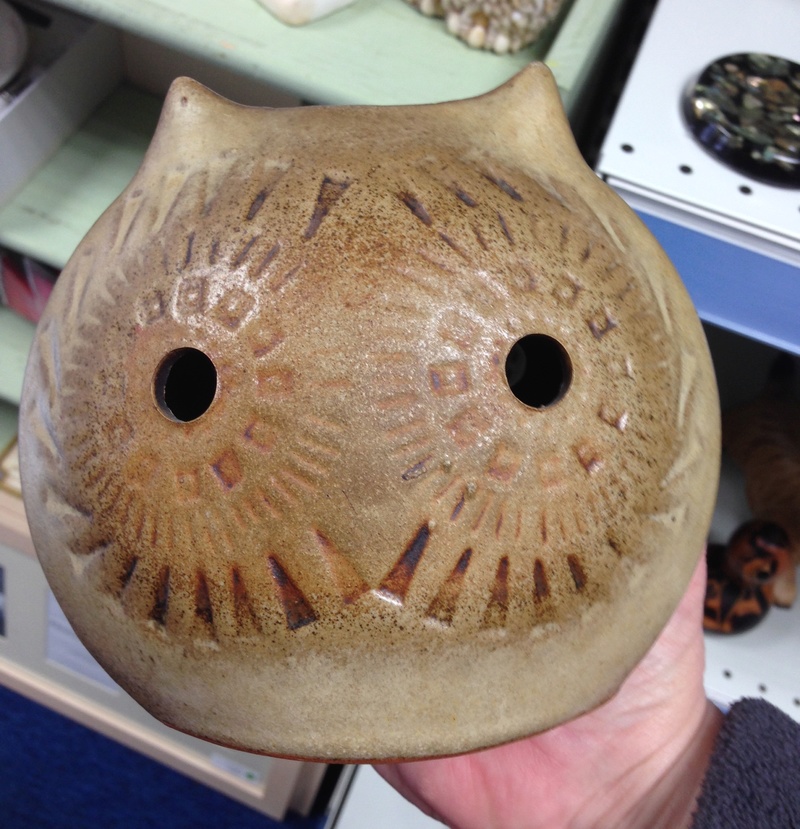 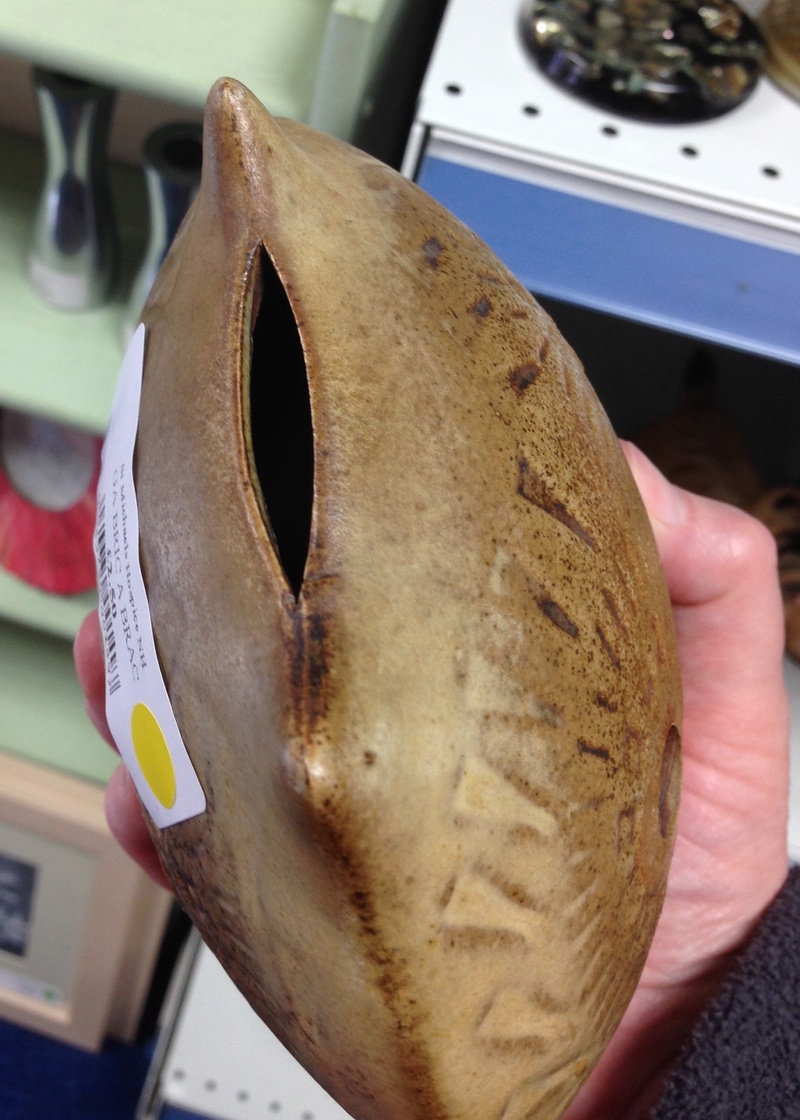 Does anyone know who made this pottery fish?
I have found a similar one for sale on-line but with no makers name/ provenance. 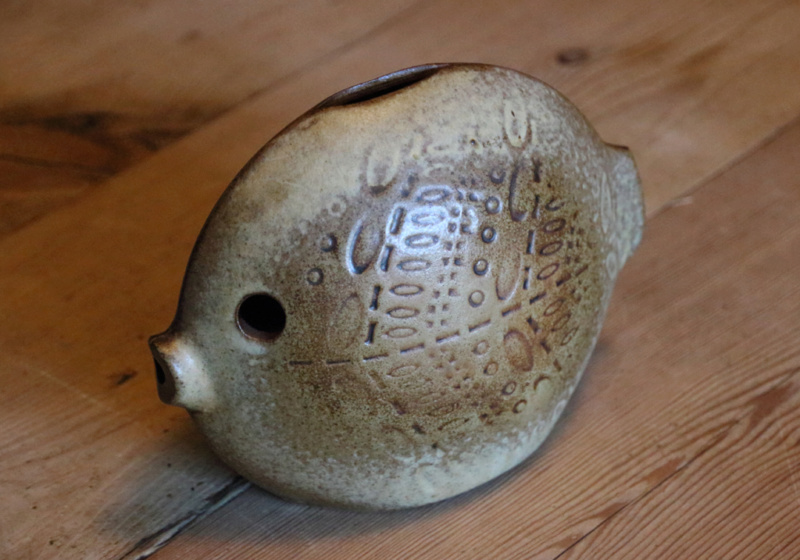 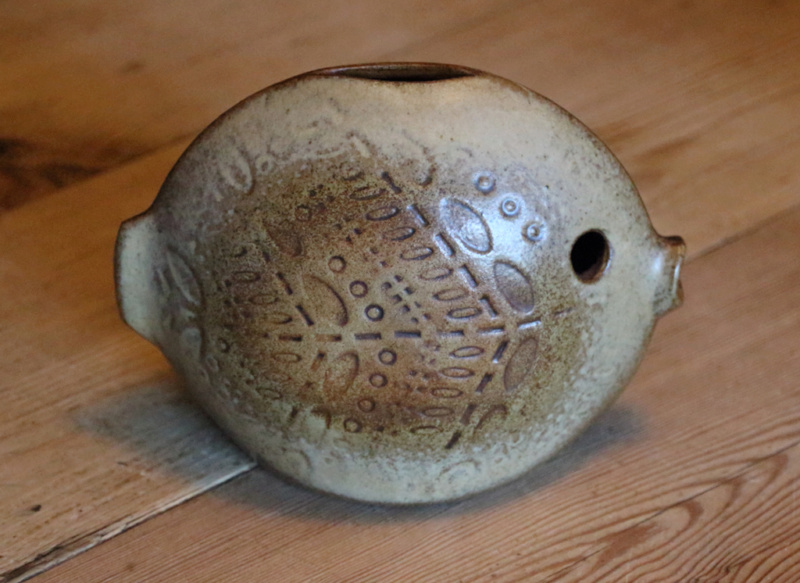 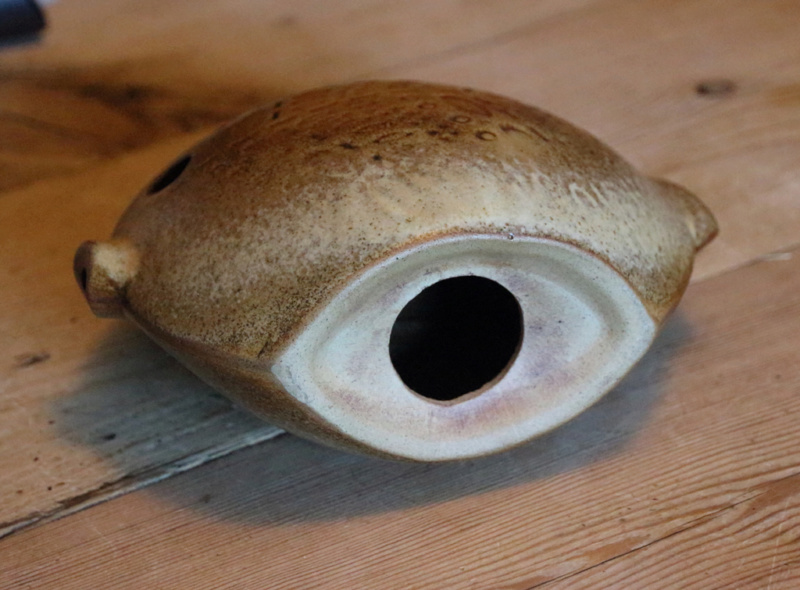 Have just found a very similar owl in the 'Broadstairs potter' thread. Could this fish also be Broadstairs?