I came across a Devon Guild Leaflet which they gave out with the works of Alan Wallwork's they sold. There is a paragraph about his studio post 1989 in Roccombe. It sounds as though it was written by Alan Wallork himself.


' The eventfulness and companionship of working with a team of assistants re over, his days are more tranquil but with the solace of Radio 3. He works in much the same ways. He makes slabbed, coiled and thrown forms with much texturing and piercing, the latter because clay is so easy and enjoyable to pierce - and he likes to see the light sparkle through the perforations. He makes many small pieces formed directly in the hand from a perfect sphere, two 'pinch' pots joined rim to rim then reformed in a variety of ways. He likes forms that invite touch, that have an enjoyable weight and texture.
He fires by propane to temperatures in excess of 1300C in a reducing atmosphere. His forms, colours and textures have an affinity with those of the coast and countryside of Dorset: the cool, bleached colours and worn, weathered surfaces of the seashore, the sensuous swelling  forms and warmth of seedcases, fruits and shells.'

The above is taken verbatim from the last two paragraphs of a double sided single sheet.

It was Alan's idea that his assistants, who hand-built the basic forms before he did the fancy bits, stamped the work too but most of them weren't interested.
_________________
Now you should know by now that Potty and I need to see your bottom - we're funny that way!

He wouldn't have typed it but they are his words and he would have insisted on agreeing to them before the leaflet was published. That was Alan.
_________________
Now you should know by now that Potty and I need to see your bottom - we're funny that way! 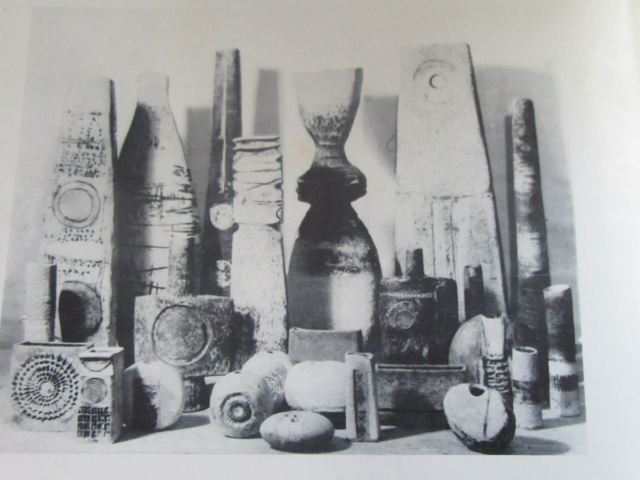 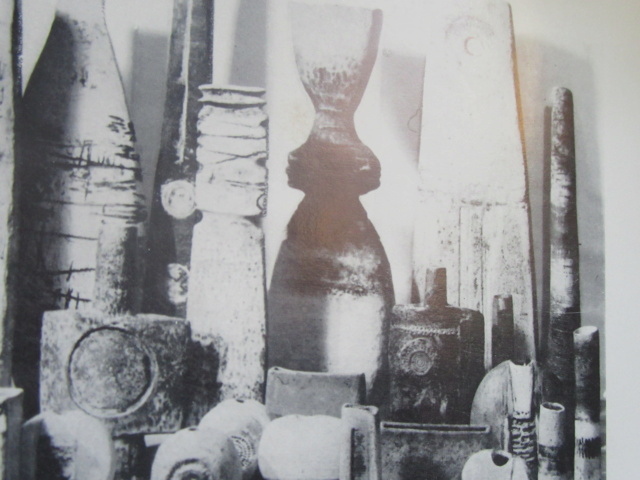 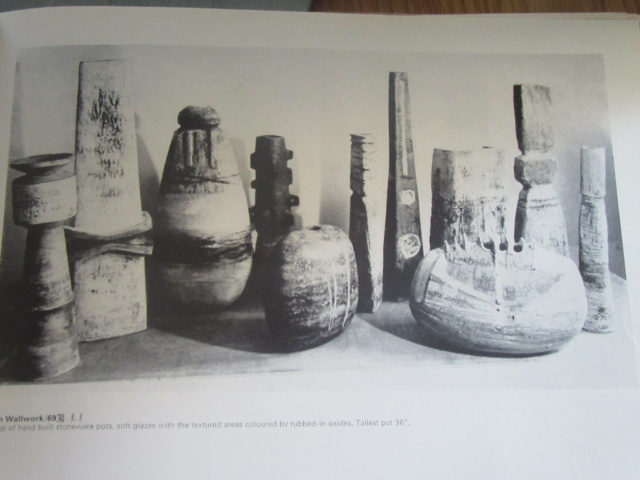 22 Crawford St. wrote:So have you had anything broken/smashed/stolen? in past exhibitions? Just transporting ceramics is always a risk

I once organised a Clarice Cliff exhibition - back in the 1980s - and one piece got chipped by a member of the museum's staff. Their insurance paid for the loss.

The pieces get packed well in boxes and it's only a 30-minute drive to the museum from home. If they can survive airmail from the UK, they'll survive that OK.

Here are the pieces I have here now -- two more to arrive... 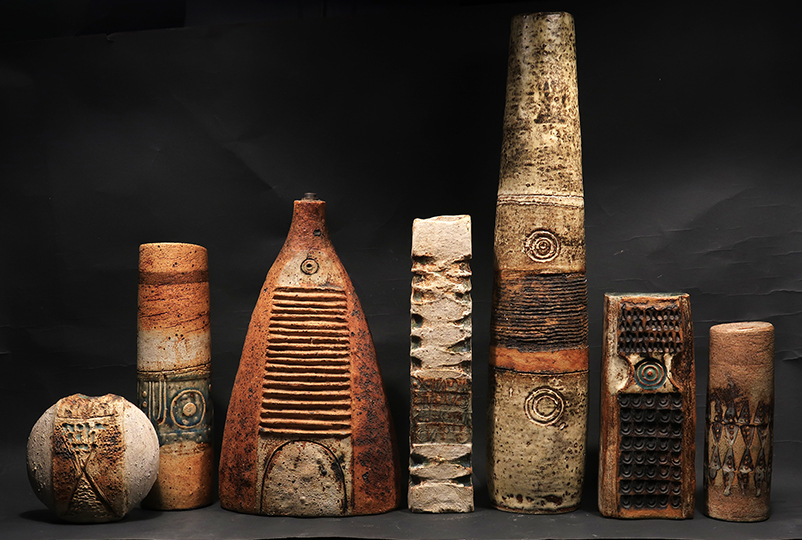 That black background set them off a treat, jealous

That black background set them off a treat, jealous

The museum has told me my exhibition will be in the lower floor, where I took snaps. It's in early 2023.

I will probably get the staff to paint display areas a dark colour - not sure what to go with yet. Maybe a plum or a deep blue - I think black might be too much. What do you reckon?

I'm terrible I need to see them. To be sure you need a mock up and if you are fussy then confirm the Kelvin of the lighting as it will change the colour.

I have just been going through some old CD-RWs looking for something else and came across these images from THE Wallwork exhibition at the Harlequin Gallery in November 2001.

It was my second solo exhibition of his work but here I called it THE because the work on the walls are by his daughter, Amanda Wallwork. 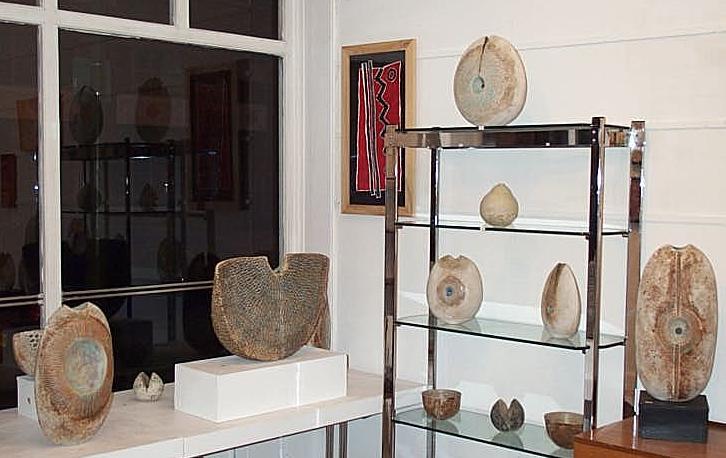 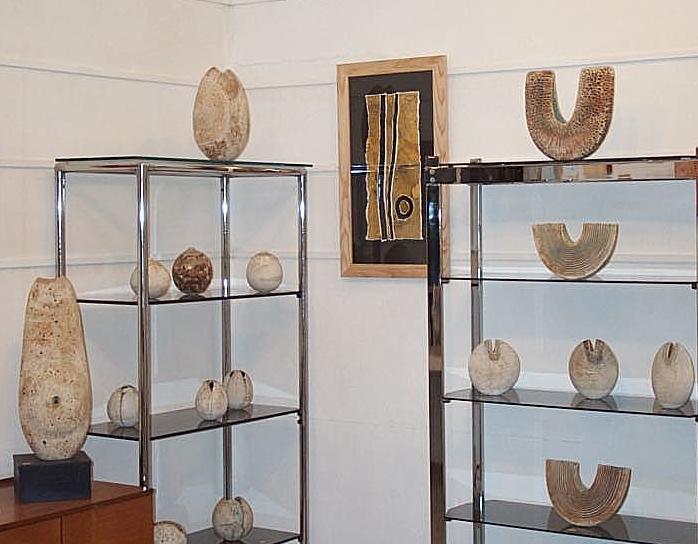 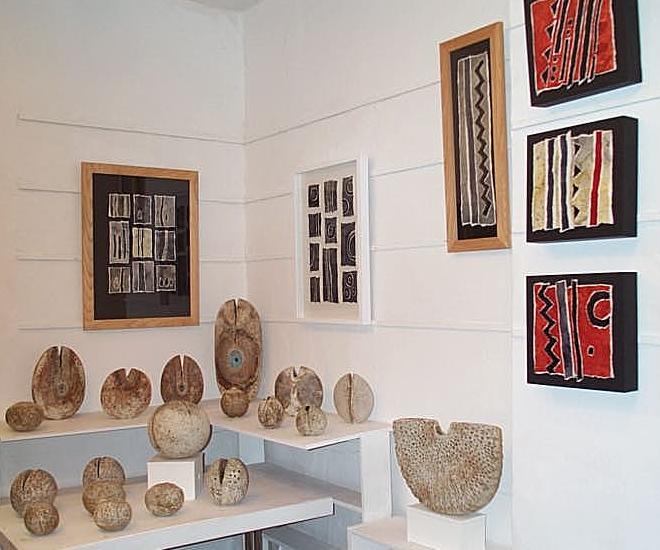 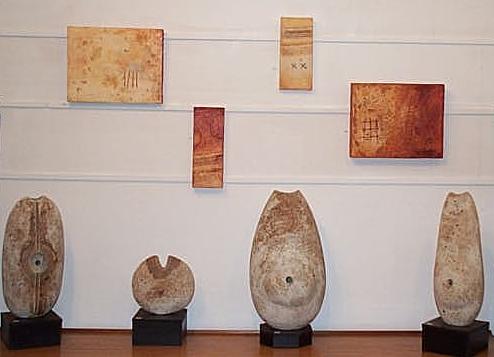 excellent display, the chrome stands set the pots  off a treat ,it's almost tempted me  to buy a piece of Wallwork

, i have never seen the pieces by his daughter before. 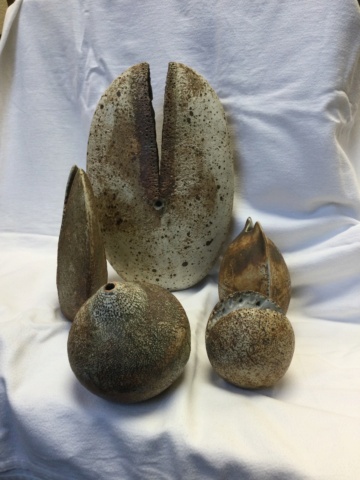 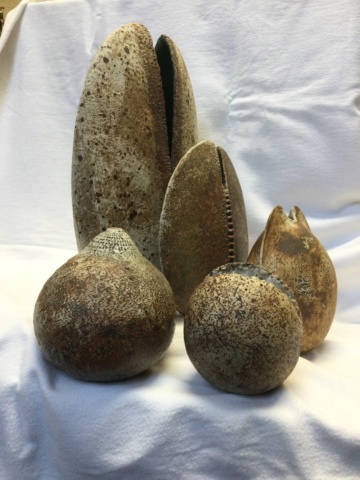 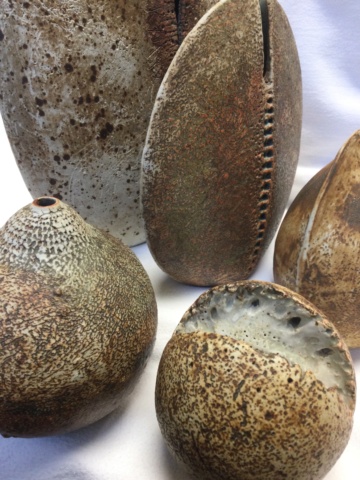