The smokey glass vase is 11.5" inches tall with a small bubble in it's base and the green vase is 10" inches tall. 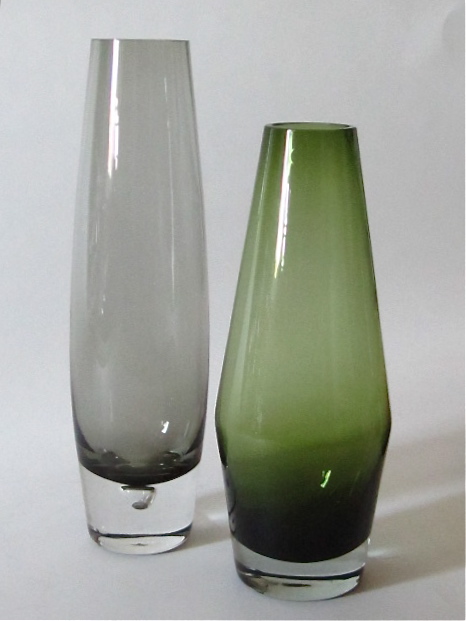 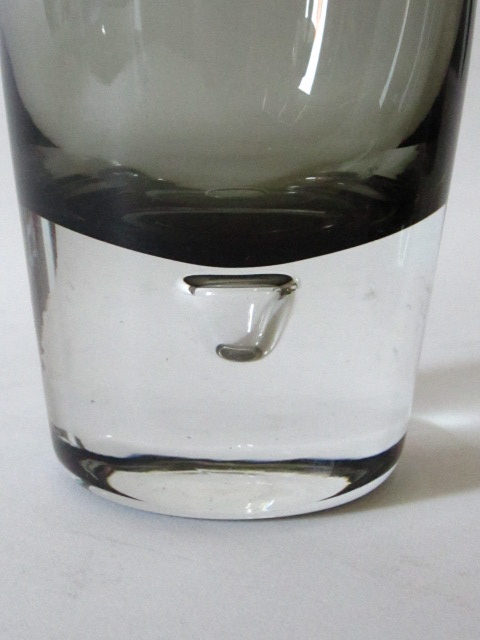 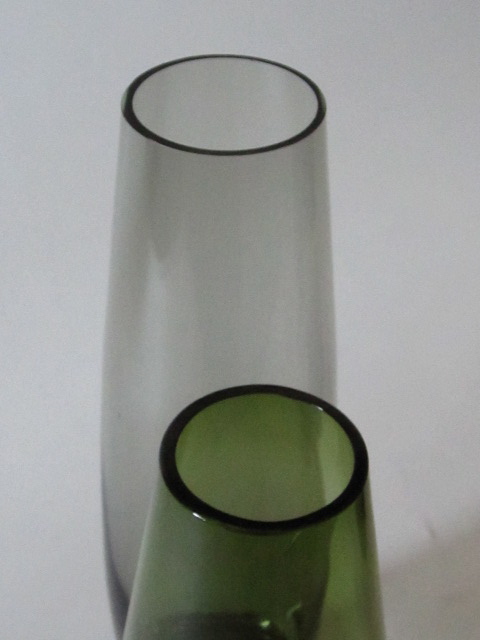 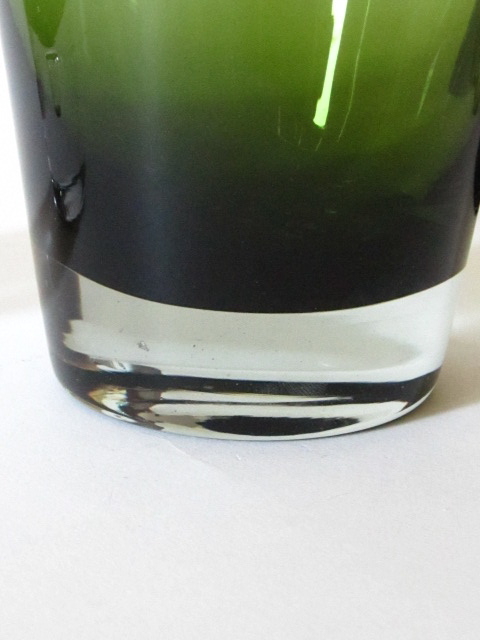 Re: the grey vase on the left, I find these types of vases, if unsigned and with no label, almost impossible to ID. Obviously there are some 20th century bubbled based vases in similar styles by designers like Tapio Wirrkala but equally similar contemporary vases have been churned out in vast numbers by companies like Krosno and retailed in TK Maxx (or similar). Even when actually handling these I sometimes have problems working out if they're old or new production unless heavily wearmarked to the base.

Hi. Thanks for responding. Yes, the green vase is 10" inches tall. If it is Riihimaki, would this be a Tamara Aladin design?

None of my books have it attributed to a particular designer however I suspect that it could be part of the 1976 Export Collection of vases designed by Tamara Aladin so it's possible/probable.
_________________
Text & photographs