What got me into Scandinavian ceramics? - scandinavian glass initially which I'd been buying alongside Whitefriars mainly from Ruskin Antiques in Stow on the Wold in the late 1990s and from David Mann's freeforms website (when he was still based in London).

Then I discovered the Scandinavians made great mid-century ceramics too around the time ebay started up in the UK which made it available. Robin Hecht's book, Scandinavian Art Pottery, was important (still the main source in English) as was a trip to Stockholm in 2001.

That celadon bowl is the nicest thing you have posted. How big is it .... 100mm dia?

Salto (1889-1961) is best known for his budding, sprouting and fluted series of ceramics and the use of a solfatara glaze. He worked at Bing and Grondhal, Saxbo and Royal Copenhagen as well as having his own studio but was little appreciated for his work during his lifetime because it was so different to everything else and didn't really reference the Chinese or Japanese traditions. He has since risen to being seen as one of the most original potters of the 20th C and his work has crossed over from the ceramics arena into that of fine art and sculpture (with prices to match).

Hi
Does anyone know this artist mark BA?
Thanks
Peter 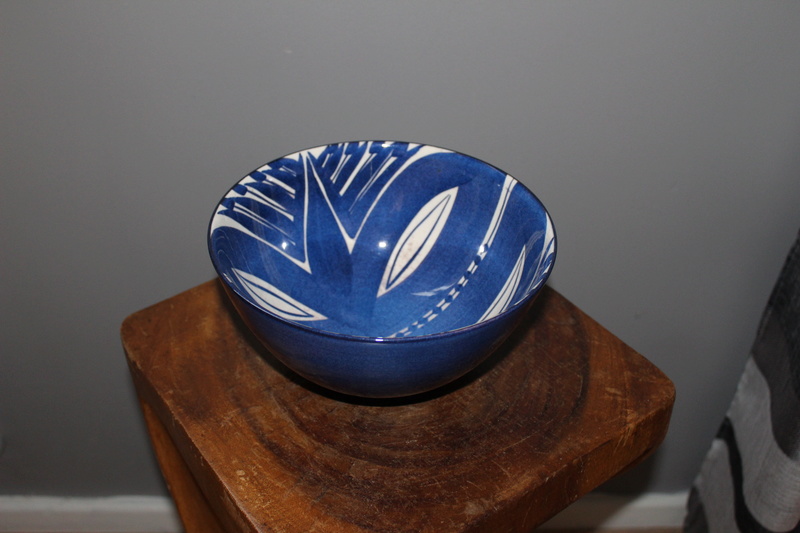 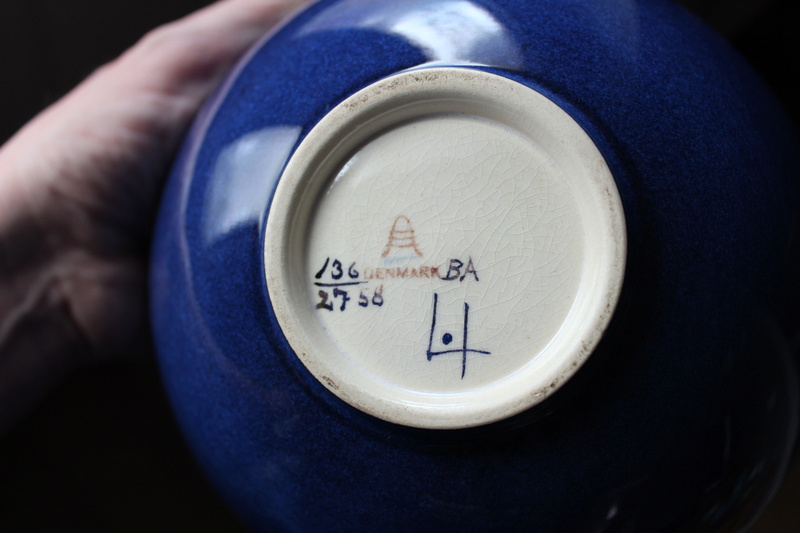 Photos are too small for my eyesight, but you may find it on here -

Kevin - bought this recently he squiggle is a Nils Thorsson design but is this Marselis range? 80mm high 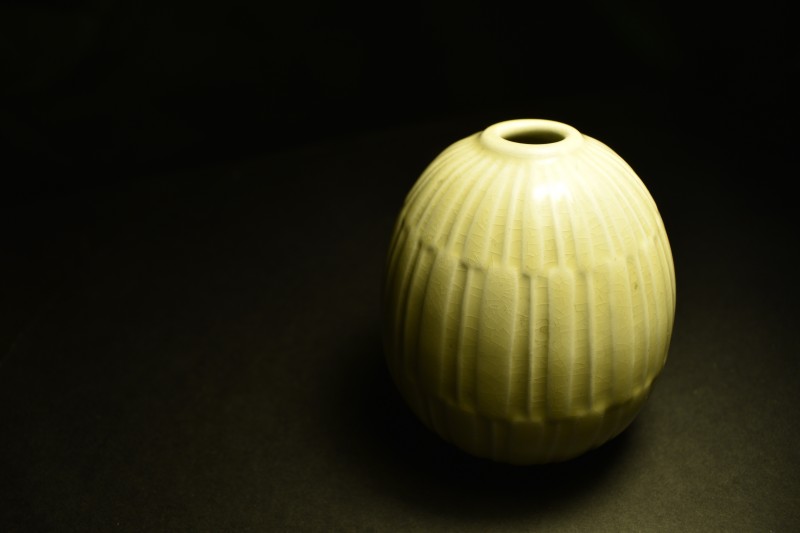 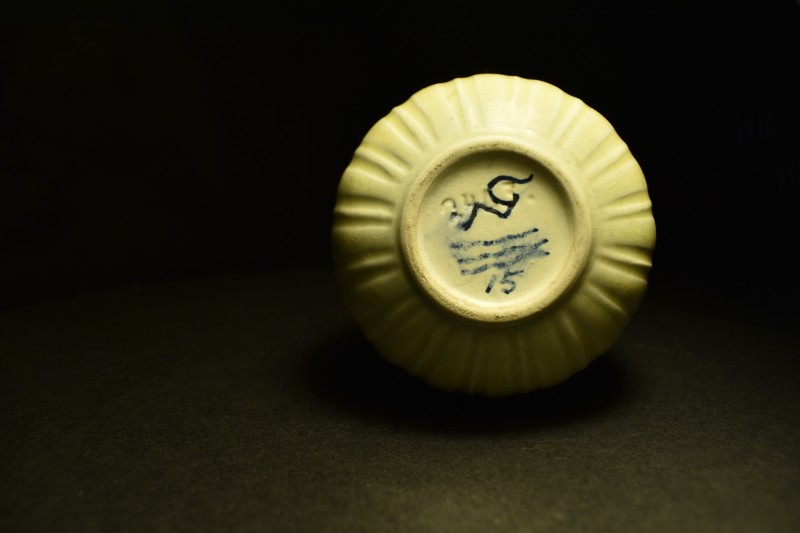 All of the Marselis pieces I've seen don't have the RC wavy lines but a different mark though they do usually have a four digit code. Also it is fairly common to find crazing to the glaze on Marselis pieces.

I think this is more likely to be a studio piece by Nils Thorsson - certainly that is his mark. It is difficult to see the third number that is impressed here but looking all possible numbers doesn't suggest a standard production model number.

Kevin. Numbers are 2403 (or possible 2463). So your reference to studio piece does this mean Atelje equivalent so the 15th would be it's number in that run.

Difficult to know if it is unique or from a run of several. I've seen unique pieces that just have the wavy lines and the monogram and that is all. I've seen others with impressed numbers too, others with a printed mark as well, others with a unique number and no signature. They seemed to make it up as they went along with anything that wasn't a standard production piece. 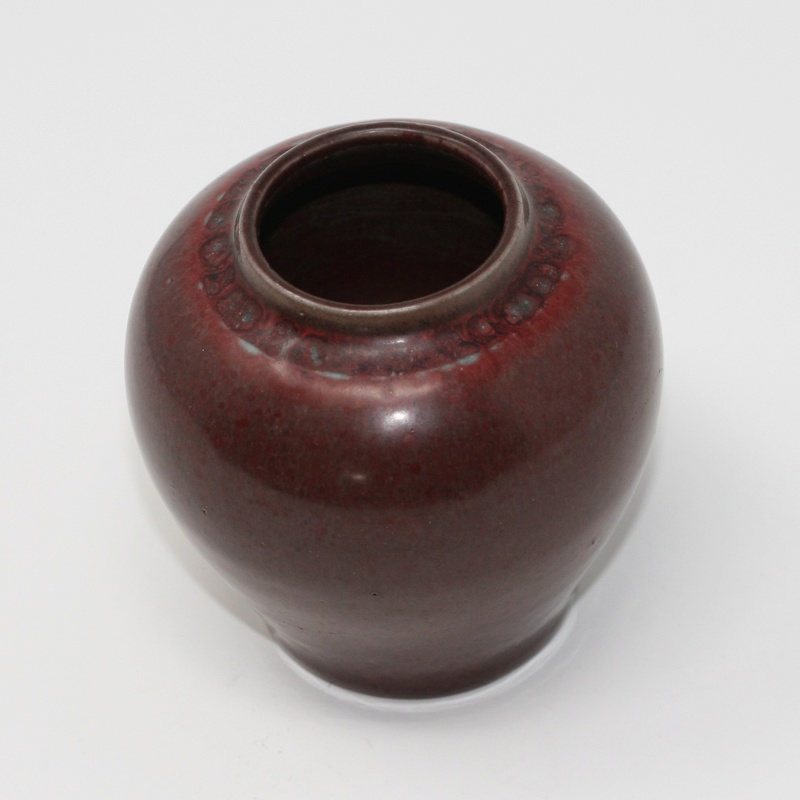 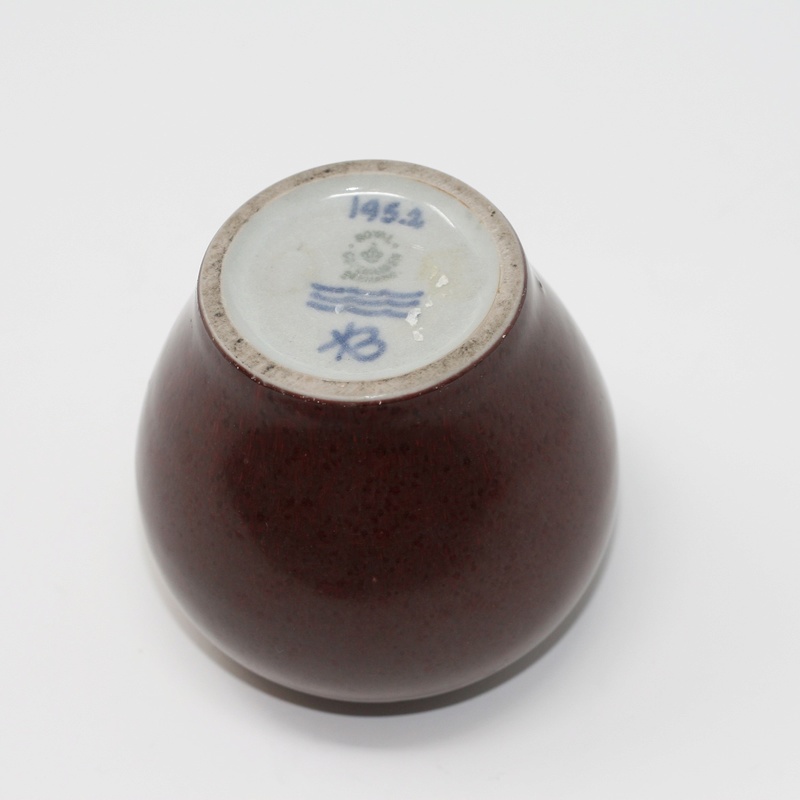 A group by Patrick Nordstrom.  Carl Halier threw the pots and Nordstrom glazed them. 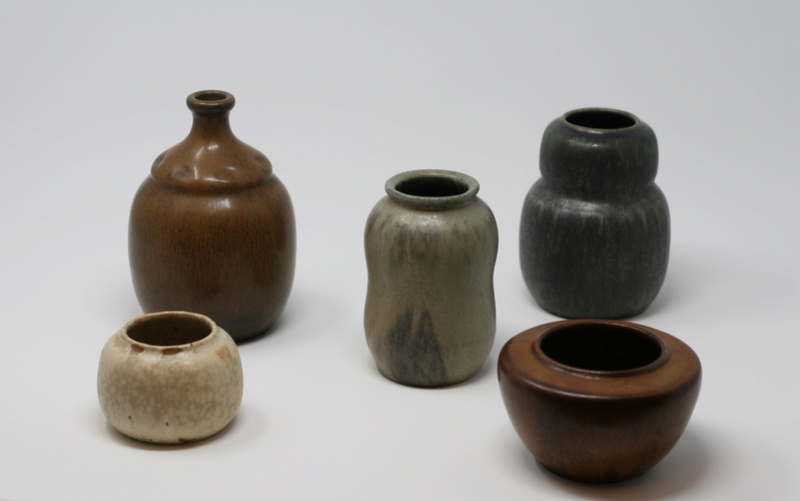 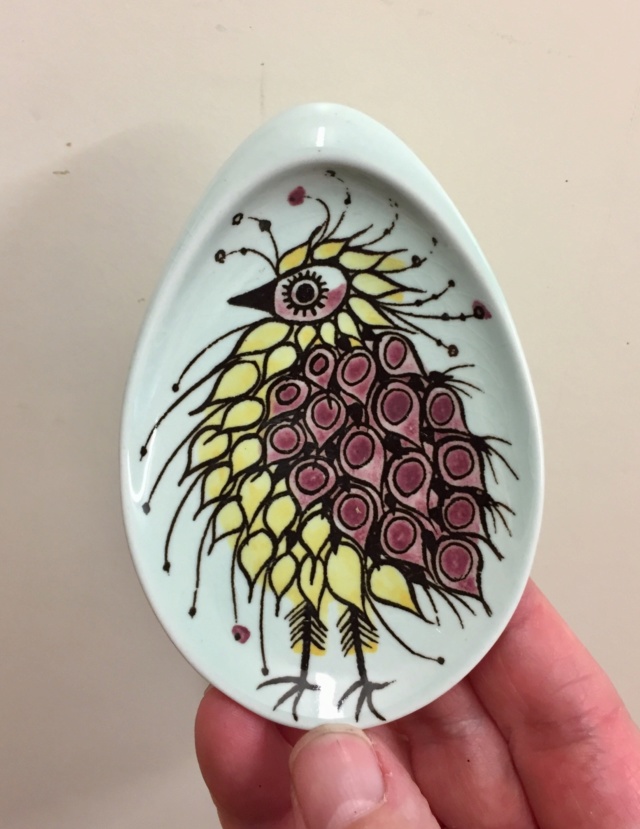 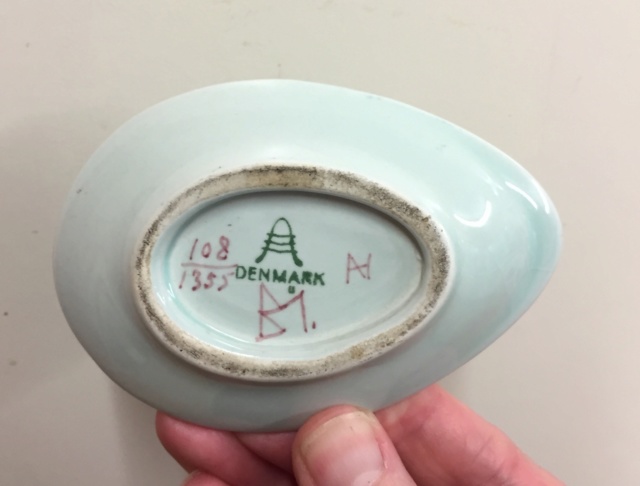 peterart wrote:Hi
Does anyone know this artist mark BA?
Thanks
Peter

This ceramic glazed bowl of the faience tenera series is by by Inge-Lise Koefoed.

Inge-Lise Koefoed (b.1939)
Inge-Lise Koefoed was an artist at Royal Copenhagen's faience and stoneware department under Nils Thorsson. She was one of the artists behind the well-known stoneware and faience series from the 60s and 70s. She was one of six young female artists from Denmark, Norway and Sweden who Nils Thorsson brought into the faience department in 1958 to create a whole new style that came to prominence throughout the 60s and 70s. Inge-Lise Koefoed was educated at the Arts and Crafts School in Copenhagen 1956-1960. ​The six young artists were Beth Breyen, Kari Christensen, Berte Jessen, Inge-Lise Koefoed, Marianne Johansson and Grete Helland-Hansen.