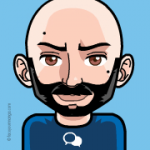 thats just right and a big thank u for the link its great....then accordingly.... this piece dates 1915...with initials EJ

Hand-painted bowl, designed by Thorkild Olsen in 1957 for an exhibition the following year celebrating the artist's 50 years at Aluminia Faience.

I think that this dates from the early part of the 20th century. 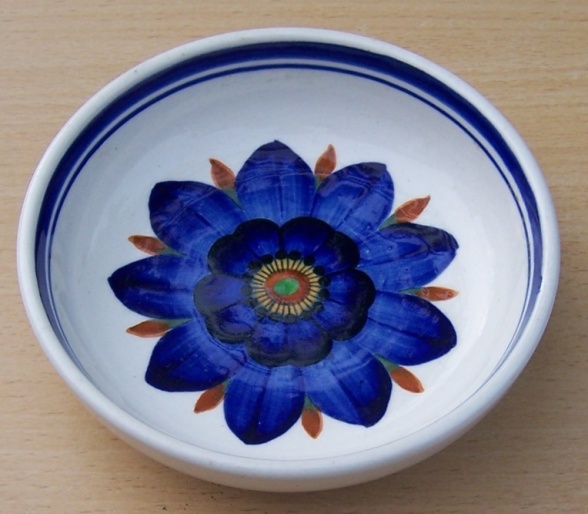 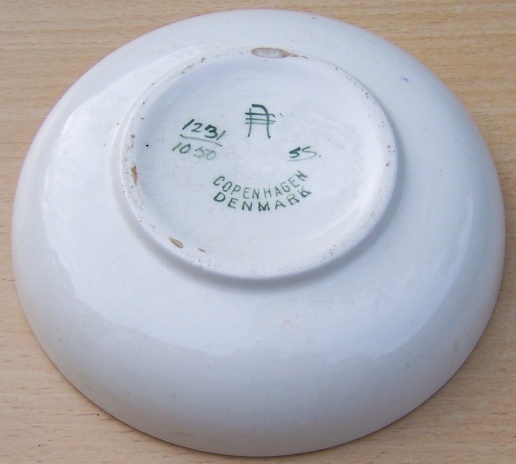 I have had this vase for a while but just started to research it . I have had Royal Copenhagen before but this mark is different and I can not trace it anywhere . Any help please . 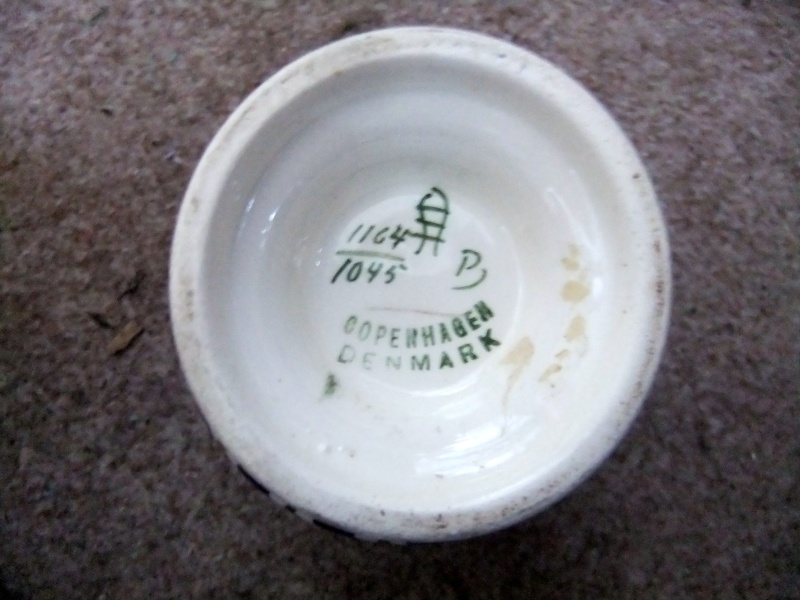 Its the Aluminia Faience "beehive" mark; part of the same company as Royal Copenhagen:

There's one for sale online described as a 1919 Aluminia Christmas vase.

Thank you so much for that

I only bought it because I love the Snakehead flowers.

Looking it up though, seems the FK in a box was mid 1920's...no year coding for the letter C though and I wouldn't have expected the paint stamp mark for that time...however it seems correct reads vibefeg I believe under the hive styled lines mark.

For any help in advance. 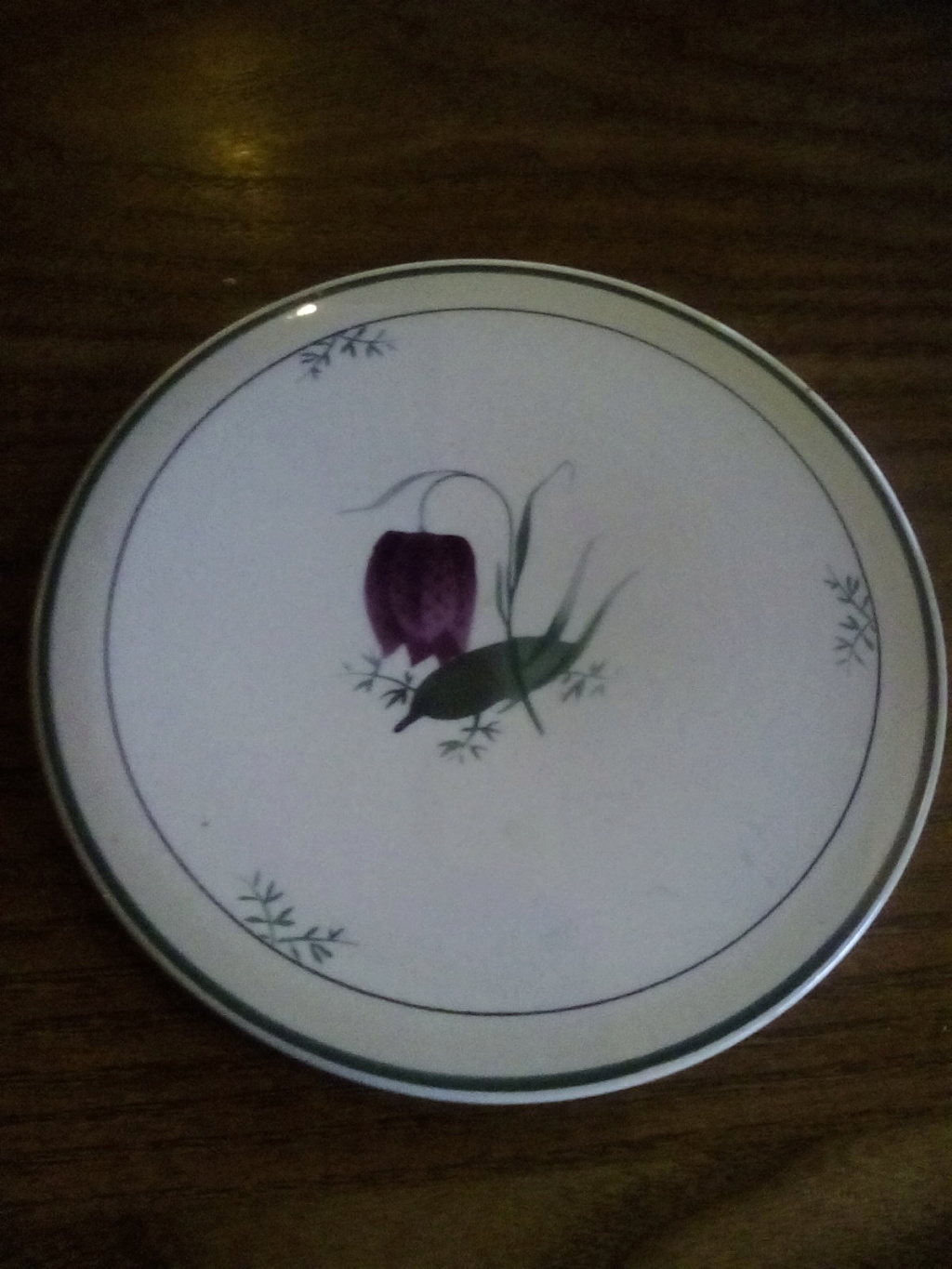 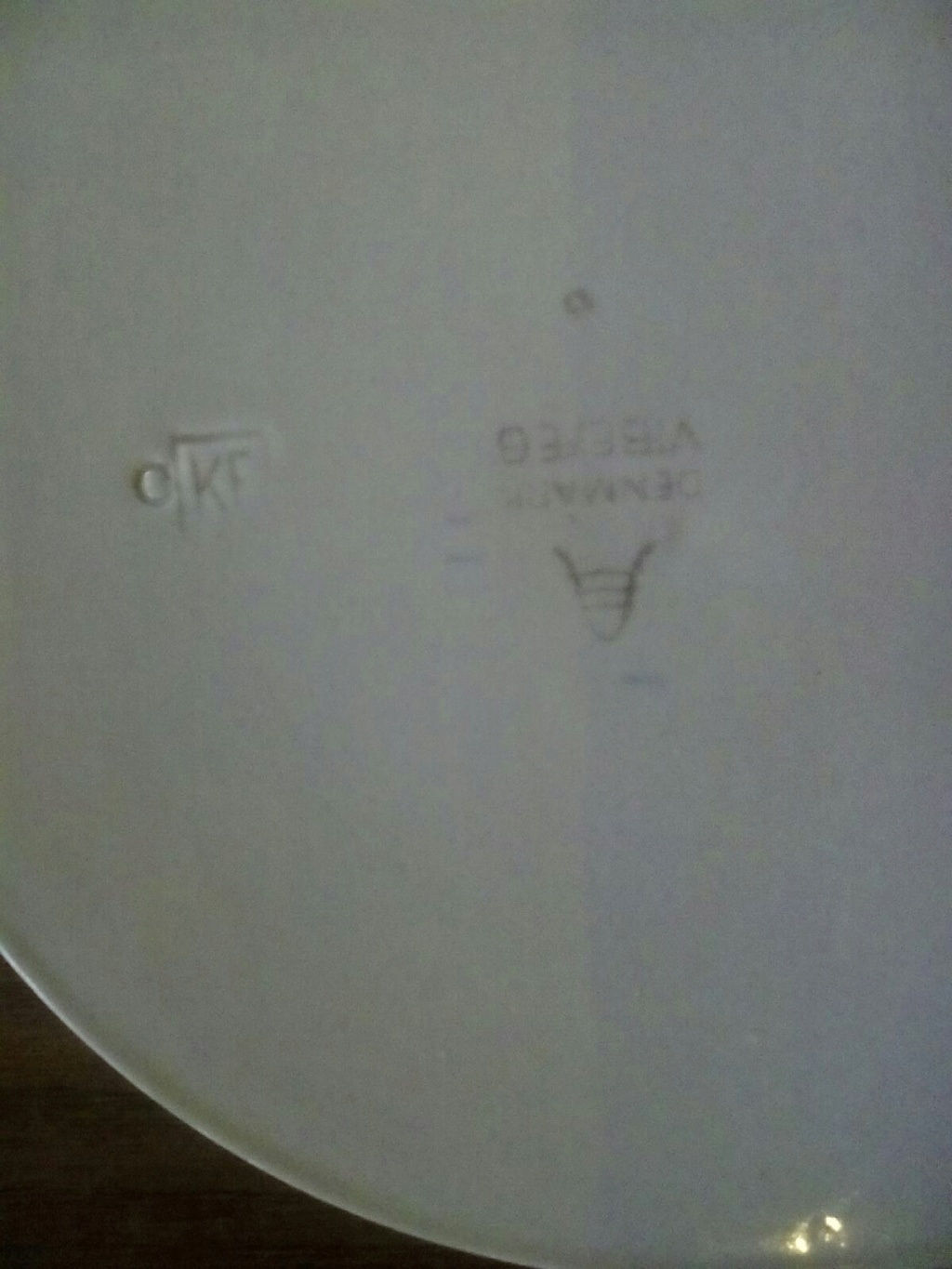 I got some information from a Danish person, apparently Vibeæg was produced between 1934 to 1967

I  use this site

I bought four items at an auction in Dublin. I know from internet searches that two are Danish , would anyone know where the other two are from or any information about them? I have very little knowledge of the subject at hand and only bought them because I liked the look or one or two of them but now that I have them they are all beginning to work their charm. 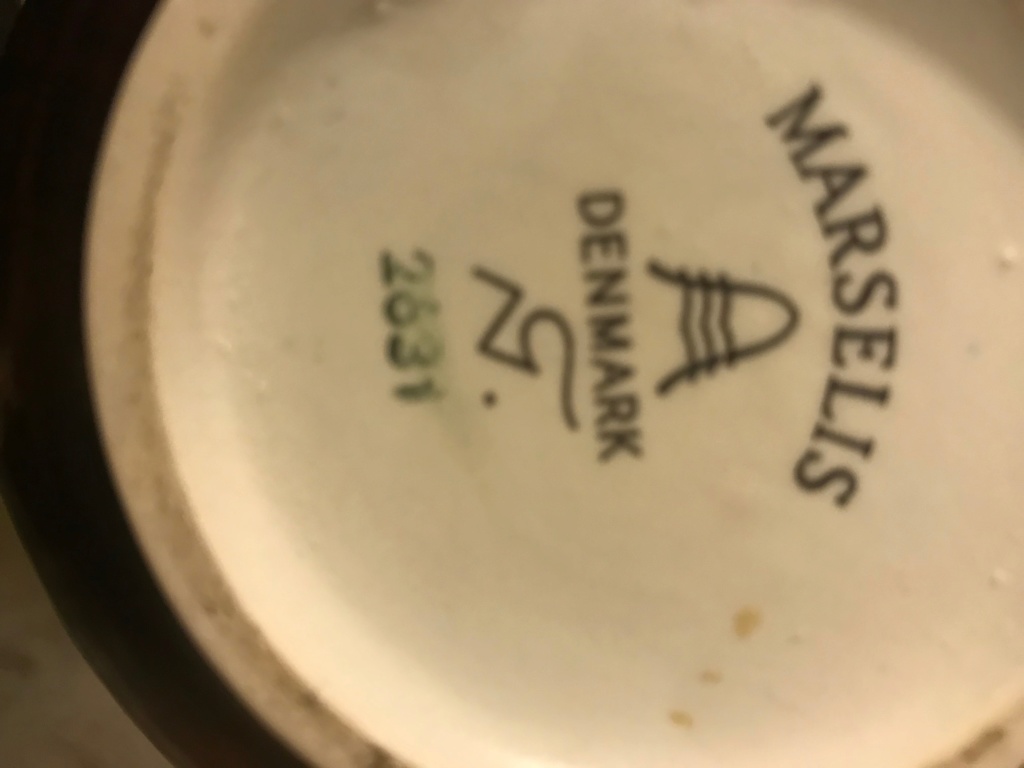 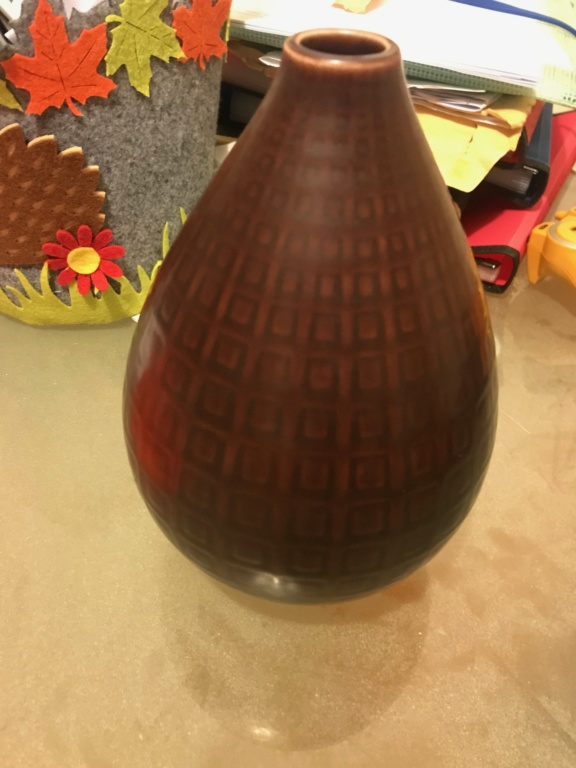 This one I know but would anyone know what year it is from?

Thanks in advance for any help in identifying these.

Lovely pots but they need to be posted on their own threads so we can move each of them into the correct forums as they’re identified.
_________________
Just my personal opinion, take it or leave it.

NaomiM wrote:Lovely pots but they need to be posted on their own threads so we can move each of them into the correct forums as they’re identified.

Thank you, have separated into 4 posts.

I have several. RC is a very good pedigree. All items carry factory and decorator marks numbered. Extremely useful. The factory has a long and prestigious history of producing high quality ceramics

Thanks for all the answers, I love the shape and texture of this piece, the photo does not do it justice.