There's virtually nothing about this pottery on the net, so I thought I'd post my two pieces. The books seem to agree it was run between 1954 and 1962 by Judith Partridge (who also worked at Aldermaston in 1961 -2) and Gay Latchford. 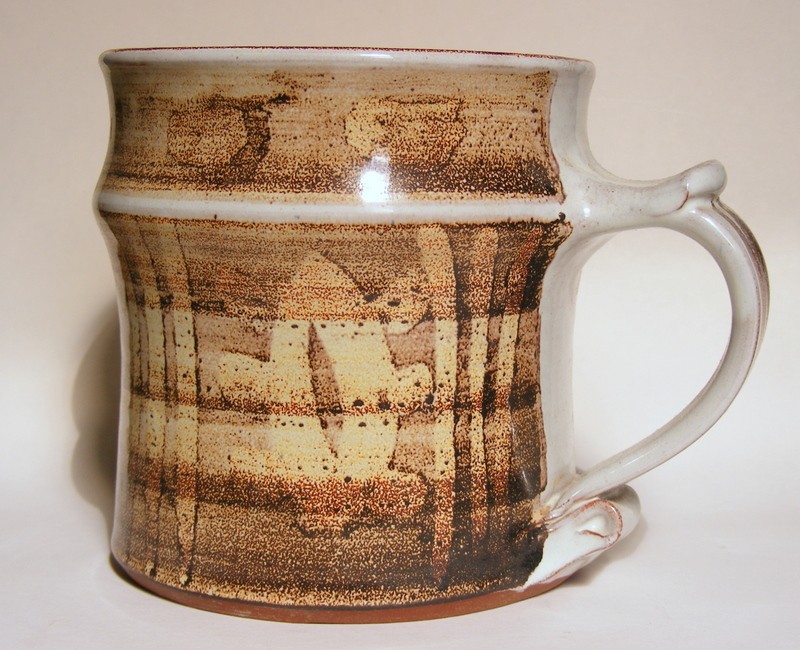 It carried on until the late seventies at least. I was an apprentice there in the early seventies, working with Judith Partridge and another apprentice. Rodmell's work was similar to that of the Aldermaston Pottery, where Partridge trained after an art school training in, I think, illustration. Some Rodmell pieces I bought recently were sold to me as work by Alan Caiger-Smith, despite the R mark on the base. Rodmell had changed over from tin-glazed earthenware to domestic stoneware in reduced ash glazes by 1975. Judith Partridge and Gay Latchford moved to Ireland shortly after that.

I have a ceramic dish in glazed terracotta, with a fish painting as illustrated, 219x468 mm, signed on base “Rodmell”. It was bought by my mother, probably when she lived in Seaford, Sussex between 1970-1990. The signature on the base is very similar to that on the tankard of Hercules Brabazon, but without the "P".

Nicely made and decorated, 6 in high. 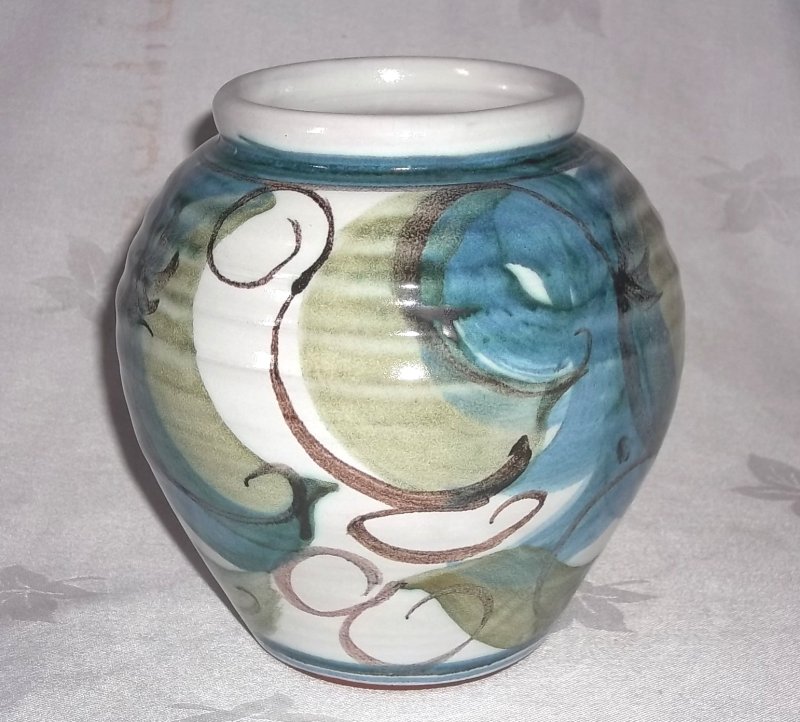 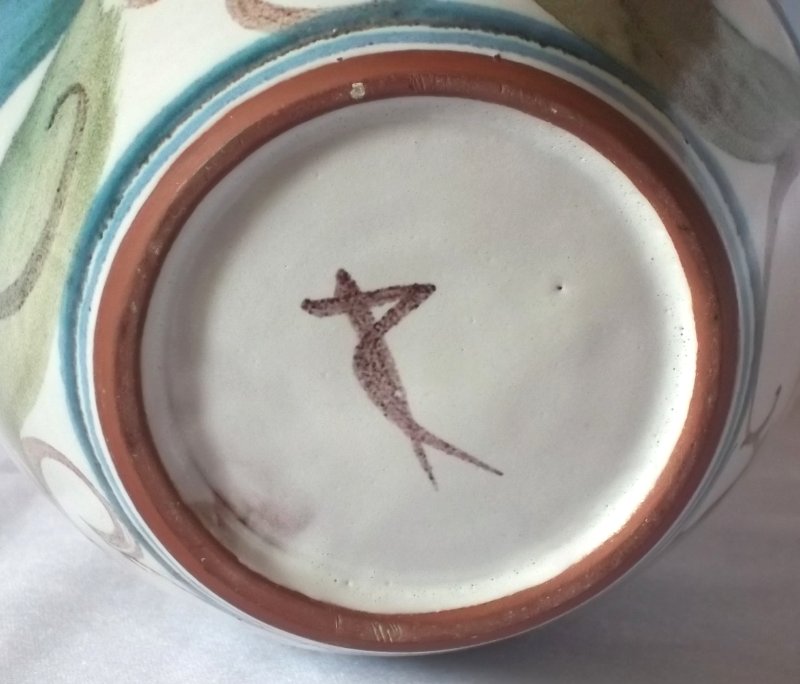 That looks spot on HB, they certainly did tin glazed, and she trained at Aldemaston.
Thanks.

Further to my 2012 post, here are some photos of the fish dish: 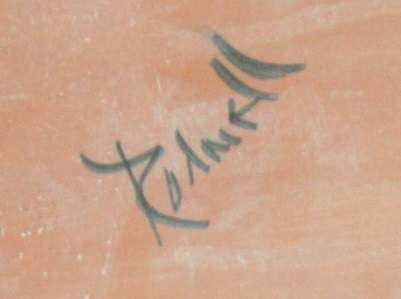 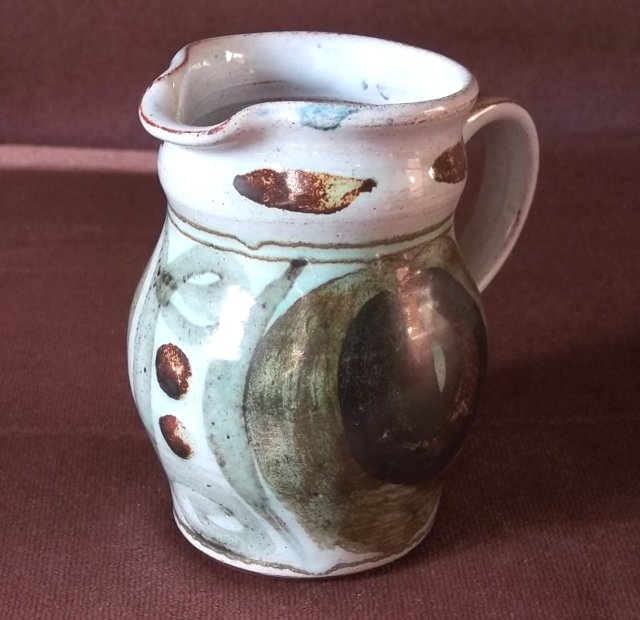 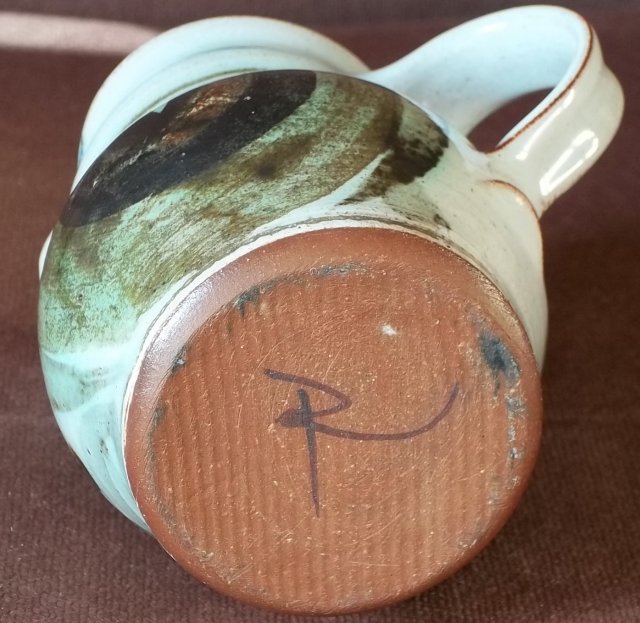 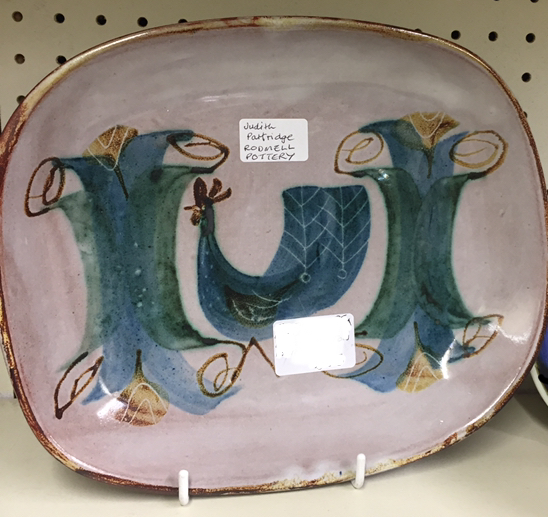 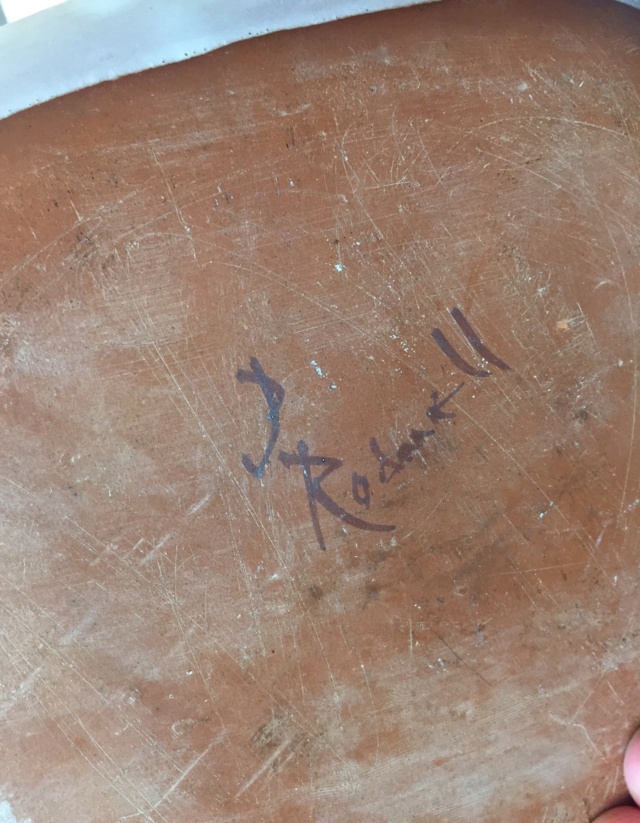