I have two plaques presumably from the same sale of the venerable bede , and edwin being crowned king of northumberland.i got them from a collector called lee,who had researched them and thought they were made for the bowes museum at barnard castle,but never used,so were sold off a lot later.

we would love to see them, I think they belong in a museum as they are too large to display in a private home
_________________
Due to travel restrictions the US was obliged to hold the coup at home this year 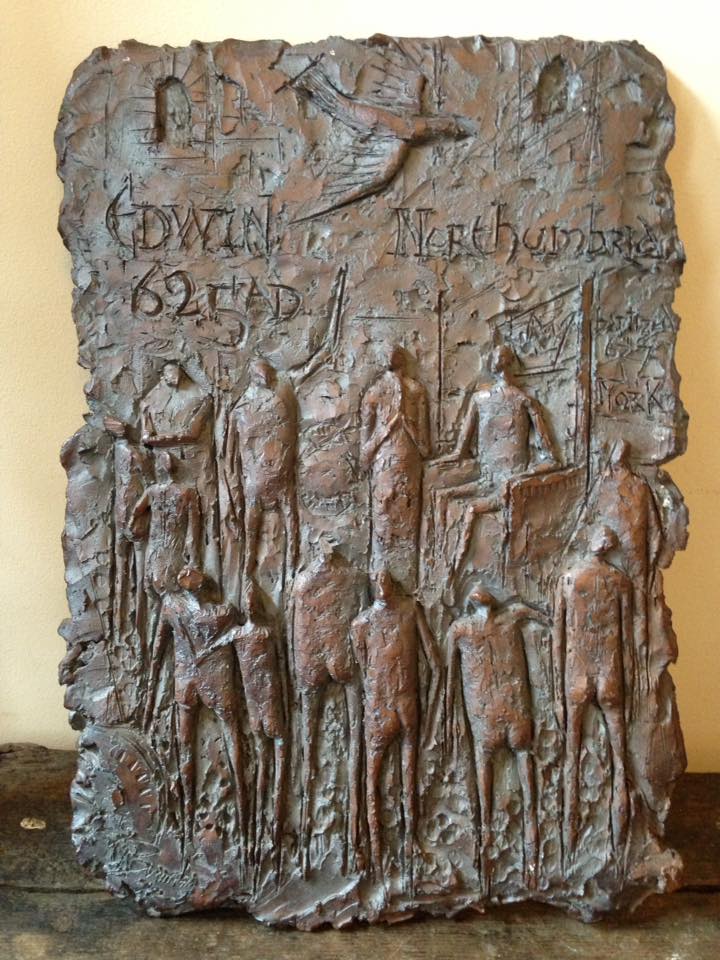 I was lucky enough to find this one today. Apparently commissioned for the Bowes Museum at Barnard Castle, but never used. I think it's beautiful.

I think it's fantastic. Bought it before I'd made the link with the Madonna and Child at Liverpool Cathedral.

I need to know more about him. Perhaps more of a sculptor than a potter.