Can anyone tell me more about this shallow dish I found recently? It’s just over an inch high and is 9 inches diameter. The barely-there paper label reads Robert Tarling of Kersey Pottery and there is an impressed logo on the side. I love the pattern; it has a 60s-70s feel to it.

It's actually a little more recent than you might think though - the Kersey Pottery, in Suffolk, was in operation from 1982 to 1989 and was run by Dorothy Gorst and Fred Bramham.  I haven't been able to find out any info on Robert Tarling and wonder if he was a 'guest' potter at some point during that period - the impressed mark I suspect is his mark, rather than anything to do with Kersey.


An update on this thread: I've been contacted by Robert Tarling's son, Rob, who has joined the forum. My posting about the Kersey Pottery, gleaned from what little information there was online, is completely innaccurate - my sincere apologies to the Tarling family for this.

Robert Tarling (who sadly passed away in Nov 2005 at the age of 70) was far from being a 'guest potter', he actually established Kersey Pottery in 1969 and ran it until 1982 when it was then taken over by the Bramhams.

I will leave it to his son Rob to post here the rest of the very interesting background about his father's life and work before, during and after Kersey Pottery.
_________________
Text & photographs

I think you're right, there was a Robert Tarling at Newport Pottery in Dyfed using this mark.

I've been trying to identify two goblets with a impressed T with three dots above and each side and just found out they are by Robert Tarling. His son Rob had identified the mark on another forum. Its lovely when you have had a piece for a long time and at last can put a name to it.

What do you think it is;  It has no bottom so I'm guessing it's some sort of burner.  Do you know the maker?  Thank you. 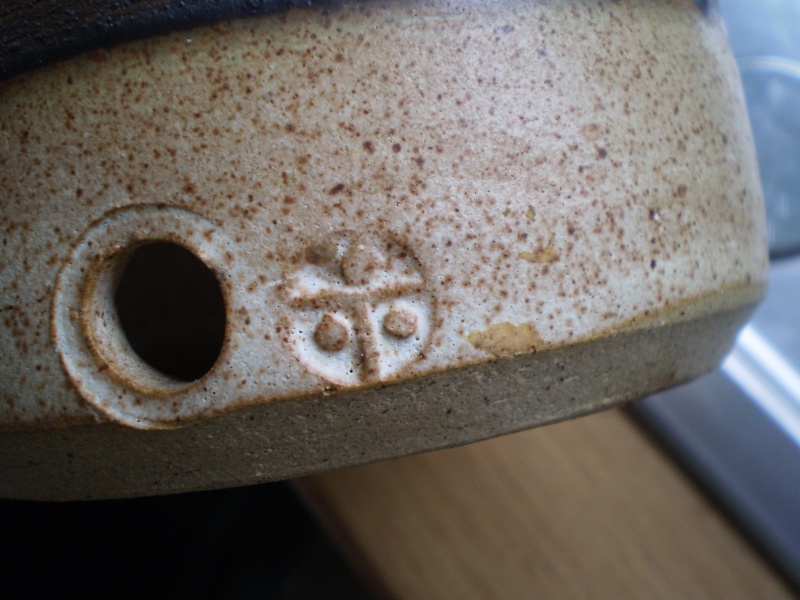 Just bought a little stoneware oil drizzler in my local charity shop and in researching it found an identical piece on ebay with the following information:
"On the base is a gold label providing the following information 'stoneware made by Robert Tarling at Newport Pottery, Newport, Dyfed, Wales', and on the side is a maker's mark. I understand that Robert Tarling previously had established Kersey Pottery and was involved with them from 1969 to 1982, and also the label says Dyfed which was only used as the county name from 1974 to 1996 so I would guess that this piece dates from somewhere between 1982 to 1996."
I'll post a photo of my piece later. 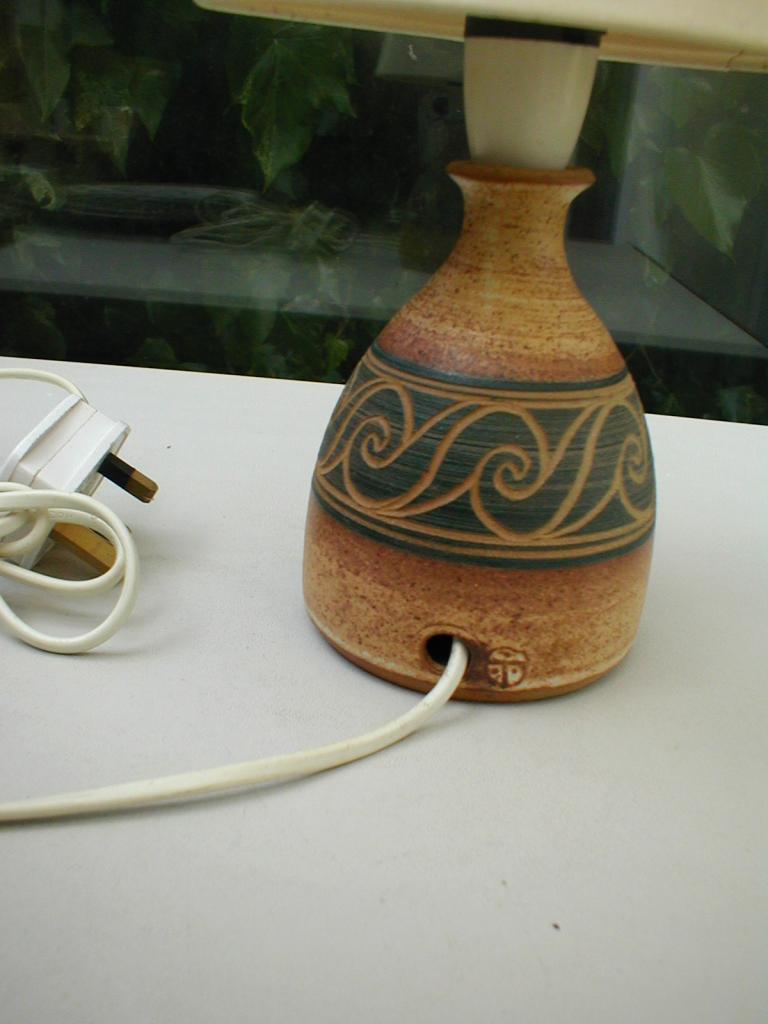 I have this dish which I believe to be by Robert Tarling  which appears to have been filled with green glass and was wondering if there is a special term for this form of decoration.

Technically, I think it's classed as enamelling 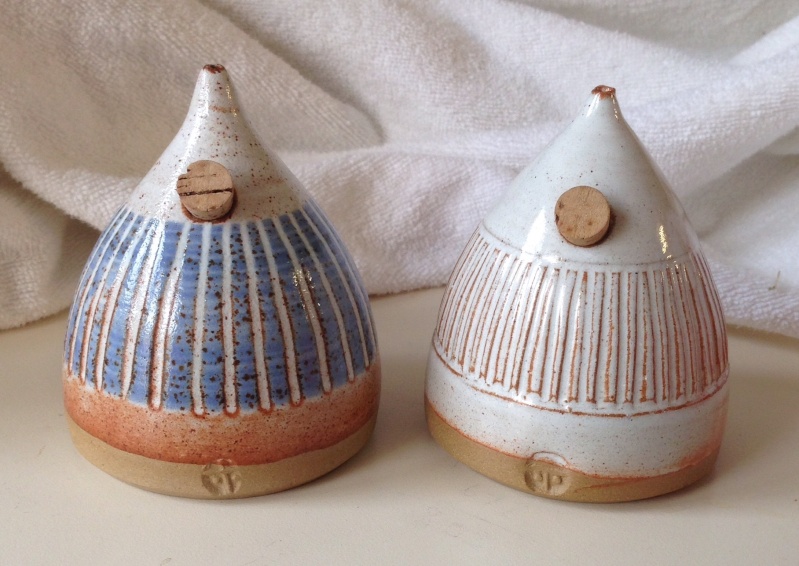 I really like these four pottery chalices. All are marked the same but not found out who that is yet. Any help welcome. 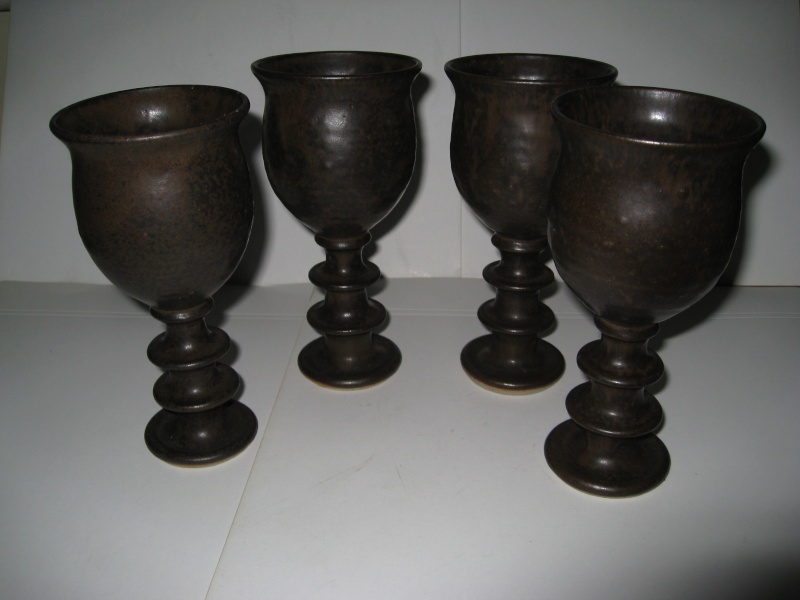 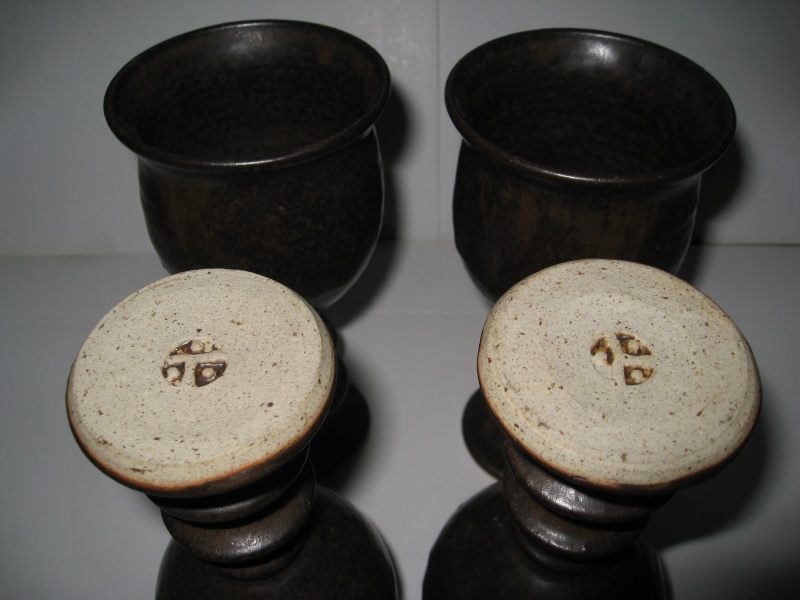 Found another nice bowl to add to the collection of Roberts work. 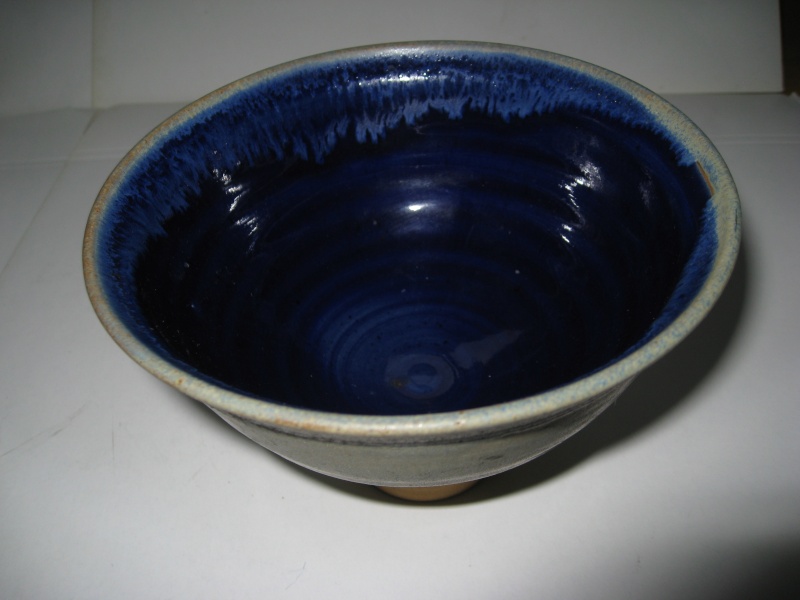 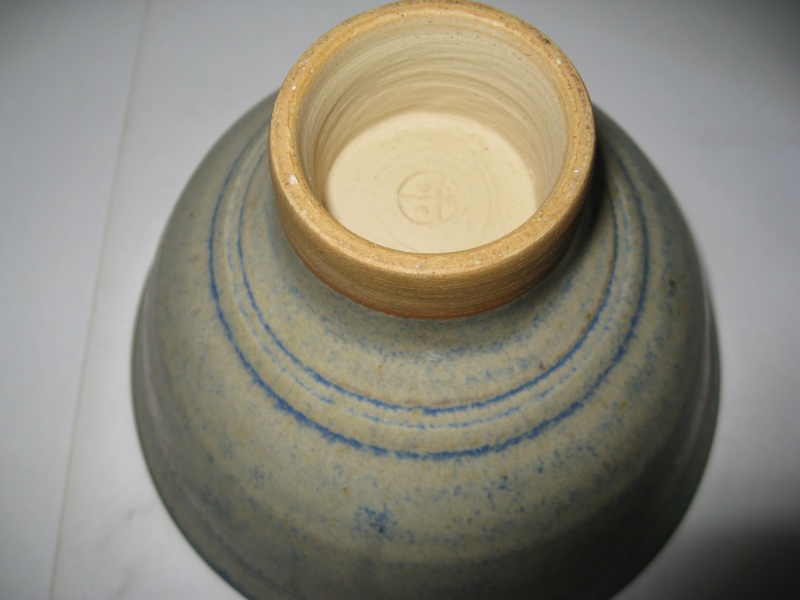 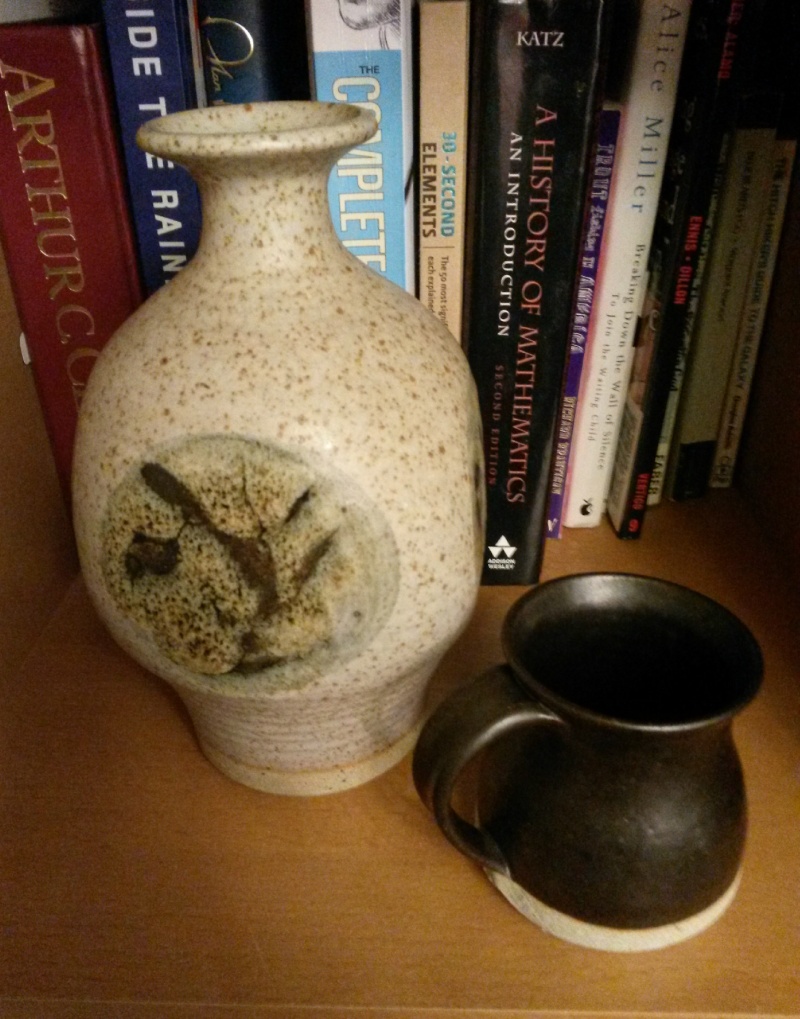 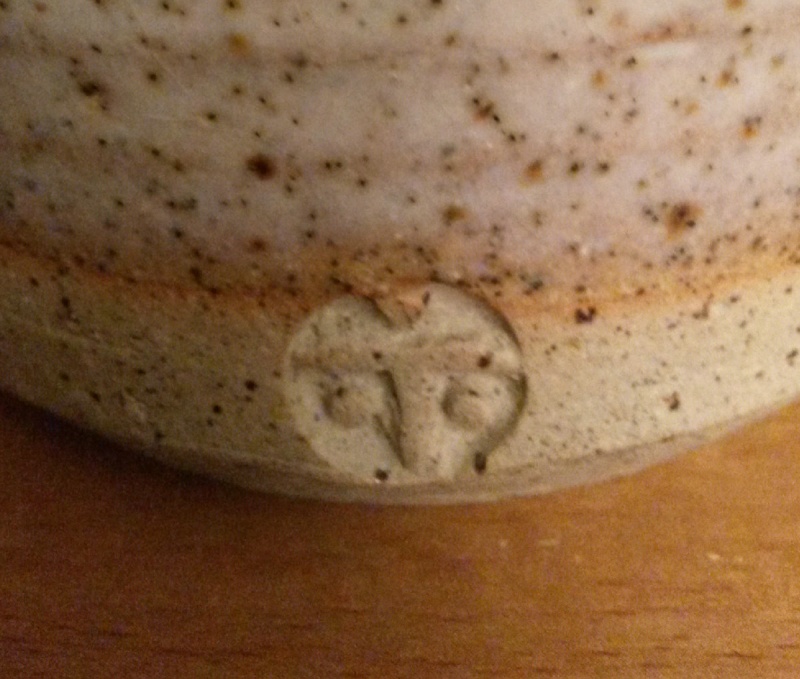 More from my late mother-in-law's collection:

These goblets, identified as being made by Robert Tarling from the Kersey Pottery in Suffolk. 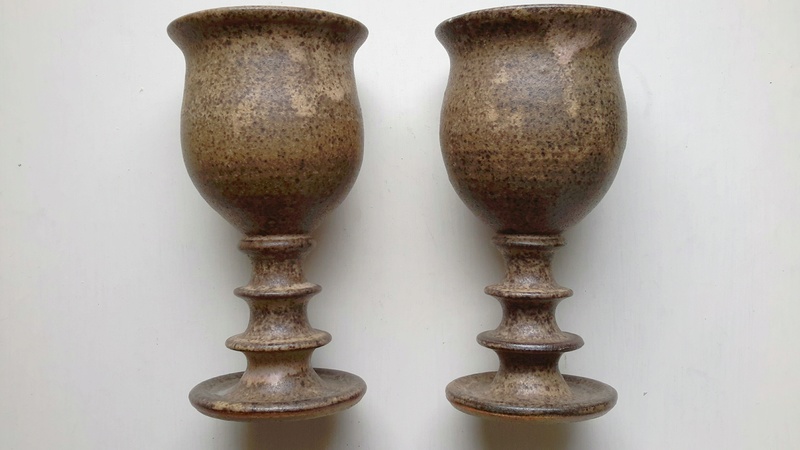 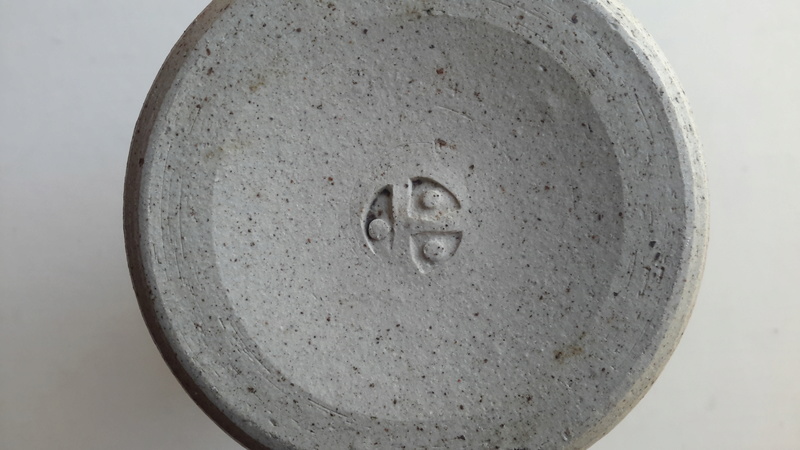 Just a quick post so will update later. Lovely impressed mark on this 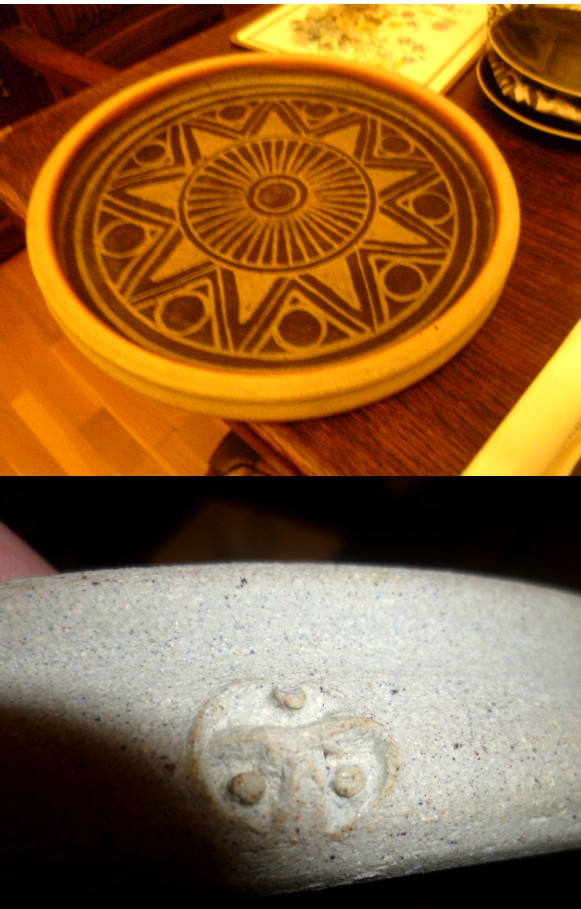